Water-resistance down to 50 meters is a huge addition for the Series 2.

While the second-generation Apple Watch resembles the sleek design of the first, the Series 2 makes a much better impression under the hood. By making it water-resistant, adding built-in GPS, and improving the operating system, Apple addressed many of the limitations holding back the original. Upgraded functions like swim tracking and the Breathe app make the Apple Watch 2 a much more appealing buy at $369.

After not including it on the original Apple Watch, one of the most important upgrades to the Series 2 was the addition of built-in GPS. For those who don’t want to run with a phone strapped to their arm, the value of GPS can’t be understated. The watch’s routes are easy to stream and follow, and the GPS data is accurate enough to leave your phone tucked away in a pocket or at home. 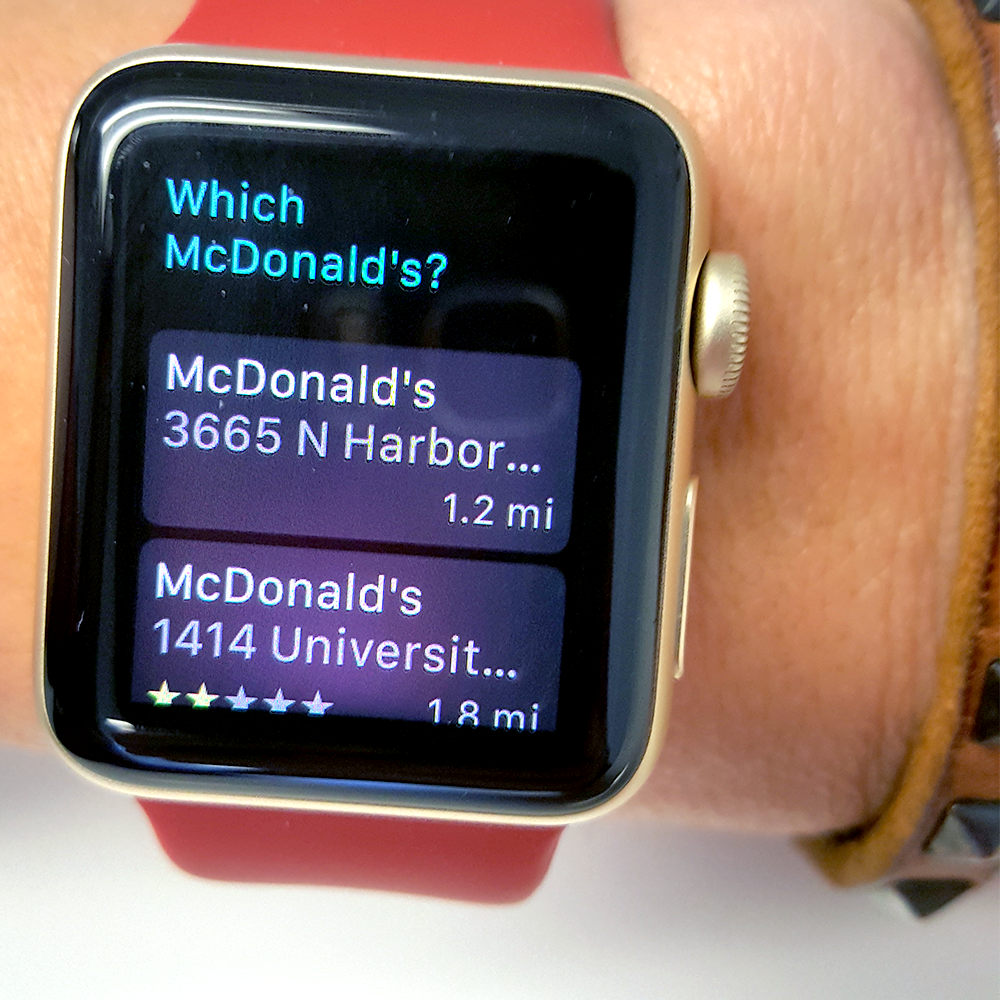 While wrist wearables still aren’t as accurate as chest strap heart rate monitors, the heart rate sensor in the Series 2 performs better than most smartwatches on the market. Readings are normally within five to eight beats of a pulse check, and the Heart Rate app continuously monitors your progression throughout a workout. Once your workout is over, you can then track all of your heart rate patterns through the watch’s Health app. 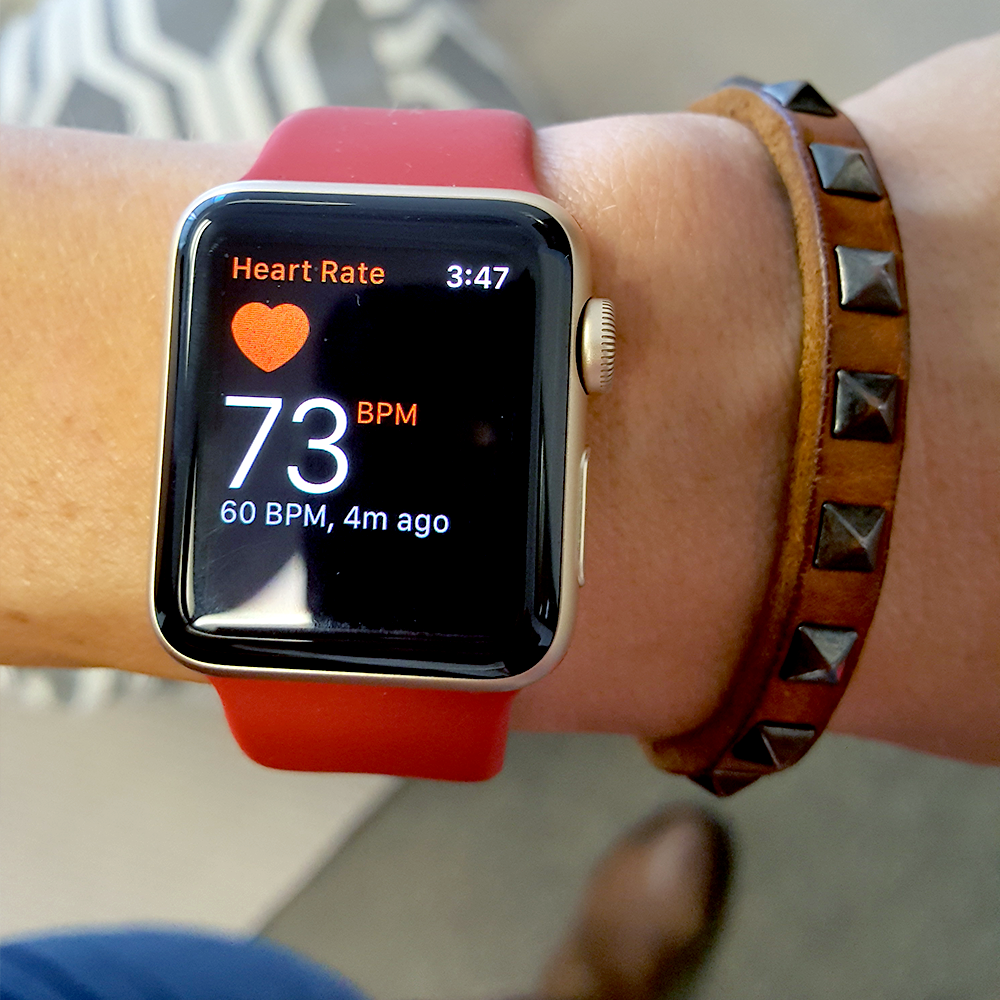 Tracking changes over a short period of time, such as a 30-second or one-minute interval, doesn’t always yield the best results. But for workouts and longer distances, this feature works as it’s supposed to.

Not only does the Series 2 offer a pretty decent selection of its own apps, but it also lets you use third-party apps like MapMyRun. If you prefer to customize your wearable experience, this device brings a lot more variety than the Moto 360 Sport.

The watch’s activity tracker functions much like the original model, which uses colored rings to track three metrics of movement, but reliability is still an issue. The coaching feature and updates are helpful, but the readings tend to be inaccurate and shouldn’t be relied on as the sole indicator of your day-to-day activity.

Pool and open water tracking is the most notable addition to the workout app — swimming is harder to measure and often overlooked in smartwatches. With its inclusion, the Series 2 offers 12 total indoor and outdoor workouts, and users can view up to five wellness metrics at once. If you’re on a run, you can automatically pause your workout and mark different segments throughout your route.

Another interesting inclusion is the Breathe app, which stimulates mindfulness and measures your heart rate after a series of interactive breathing exercises. The app walks you through the process in two ways: if you’re looking at the watch, an icon expands when you’re supposed to inhale and contracts as you exhale the air. If your eyes are closed, the app vibrates the watch to signal when you should breathe in and out. It’s not a groundbreaking feature, but cool nonetheless. 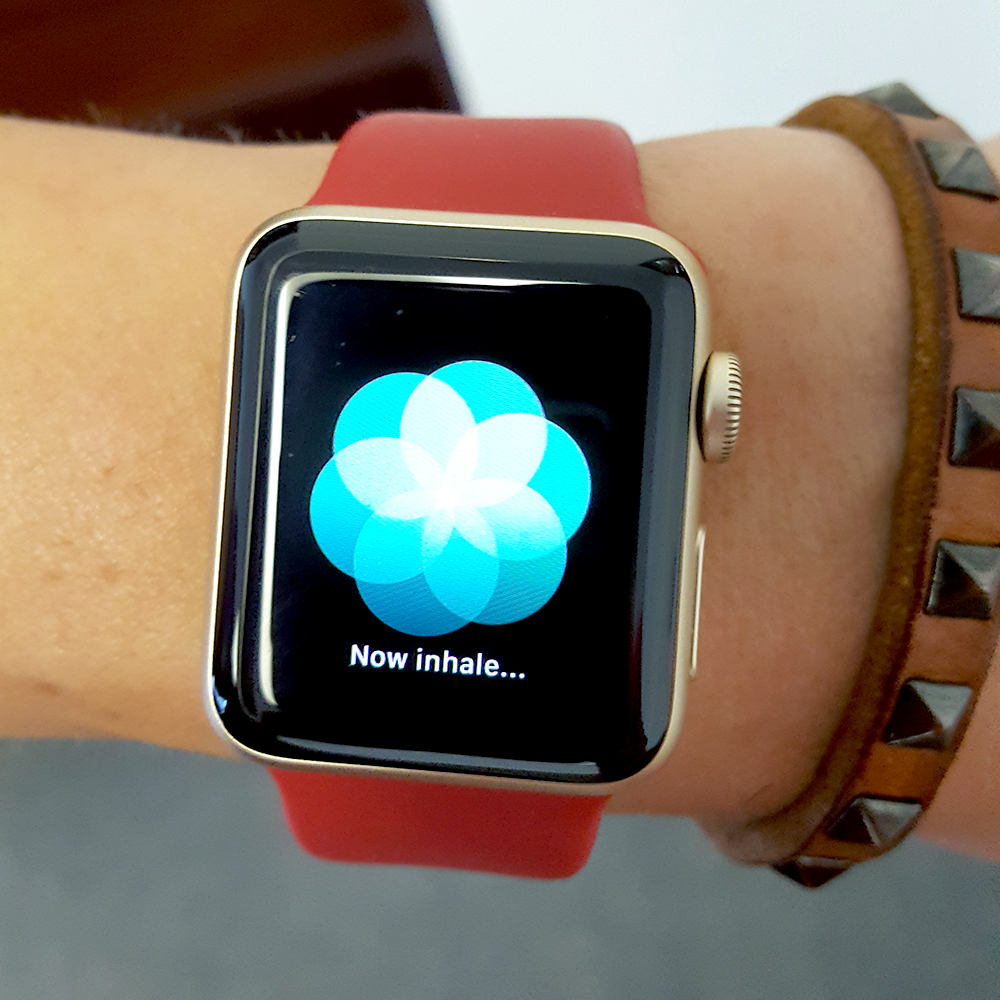 Water-resistance down to 50 meters is a huge addition for the Series 2. After showering with the watch and repeatedly dunking it in water, the watch worked just as efficiently as before. 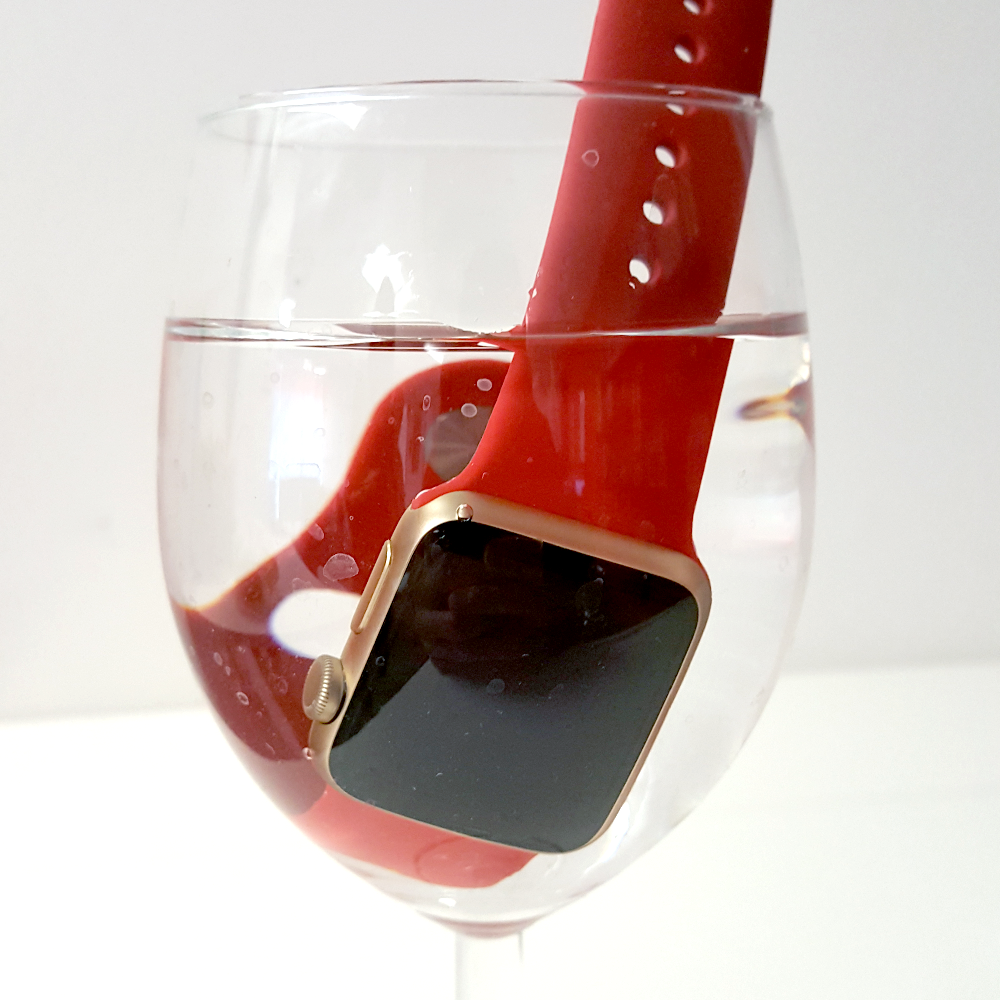 We didn’t get a chance to swim with the device on, but the fish did. The inclusion of pool and open water tracking shows Apple has superior confidence in this model, and people who’ve used the swimming features report that the readings were very accurate.

Apple continues to make life easier on its smartwatch users with ever-improving updates. WatchOS 3 is the latest and the best. Featuring a dual-core processor and a powerful GPU, the new software boosts app performance and provides smoother animations.

It’s very simple to navigate through the watch’s interface because everything is accessible through a dock. The functions and layout are very similar to an iPhone, but you can also view all of your apps at once by spinning the bezel. Closing apps, switching watch faces, and cycling through menus can be done with a swipe.

In short, you can do just about anything with a few buttons.

Apple has called the Series 2 an all-day assistant, and the watch lives up to that billing due to its improved notification support. Whether it’s a text message, email, or social media alert, each notification has a separate vibration pattern. Through the length or pulse of each vibration, you can determine what’s important and what can wait. 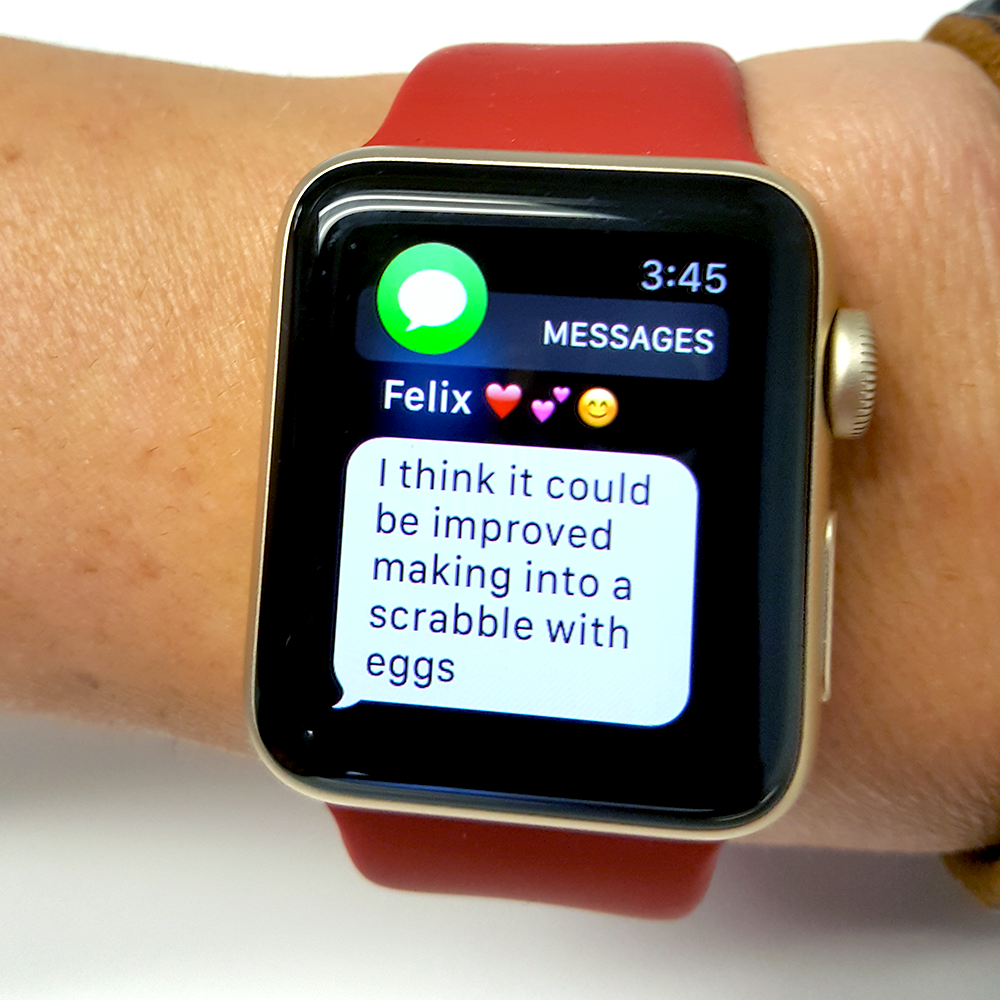 Siri can effectively turn your watch into a hands-free device as well. Users can set an alarm, open applications, or map a running route through voice activation, making it much easier to keep your phone in your pocket.

In spite of all the improvements, the Series 2 still has some limitations. While you can view Facebook and Twitter notifications, you can’t fully open the app on your watch. Users also aren’t able to view videos on apps like Instagram through their device.

There is a lot of noise surrounding the Series 2 and its two-day battery life, but our experience didn’t reveal much of an improvement from the original watch. We managed to stretch a single charge into the second day once, but the battery usually ran low each day around bedtime. Granted, we did keep the watch constantly active — frequent runs, mapping directions, and social media — but charging this device every day is going to be unavoidable for most. It typically took around two hours to recharge the Series 2. 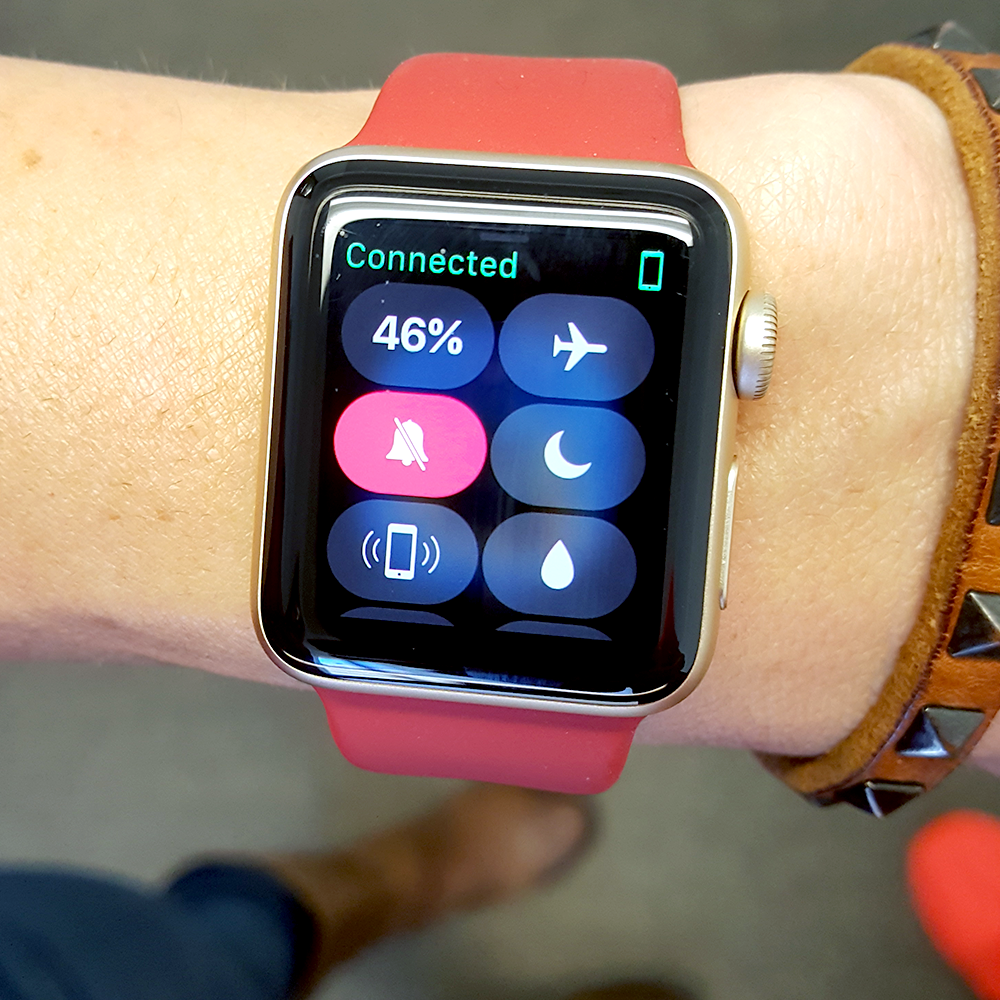 Much like Apple claimed, the Series 2 features a much brighter display than the original. Even in direct sunlight, the screen remains bright and easy to read. Running measurables are clearly visible as you exercise, unlike the Fitbit Charge HR.

The Series 2 doesn’t have an always-on display; instead, the screen lights up whenever you flip your wrist. This may seem irritating, but it actually serves as a nice privacy feature for people who don’t want anyone else viewing their text messages or notifications. 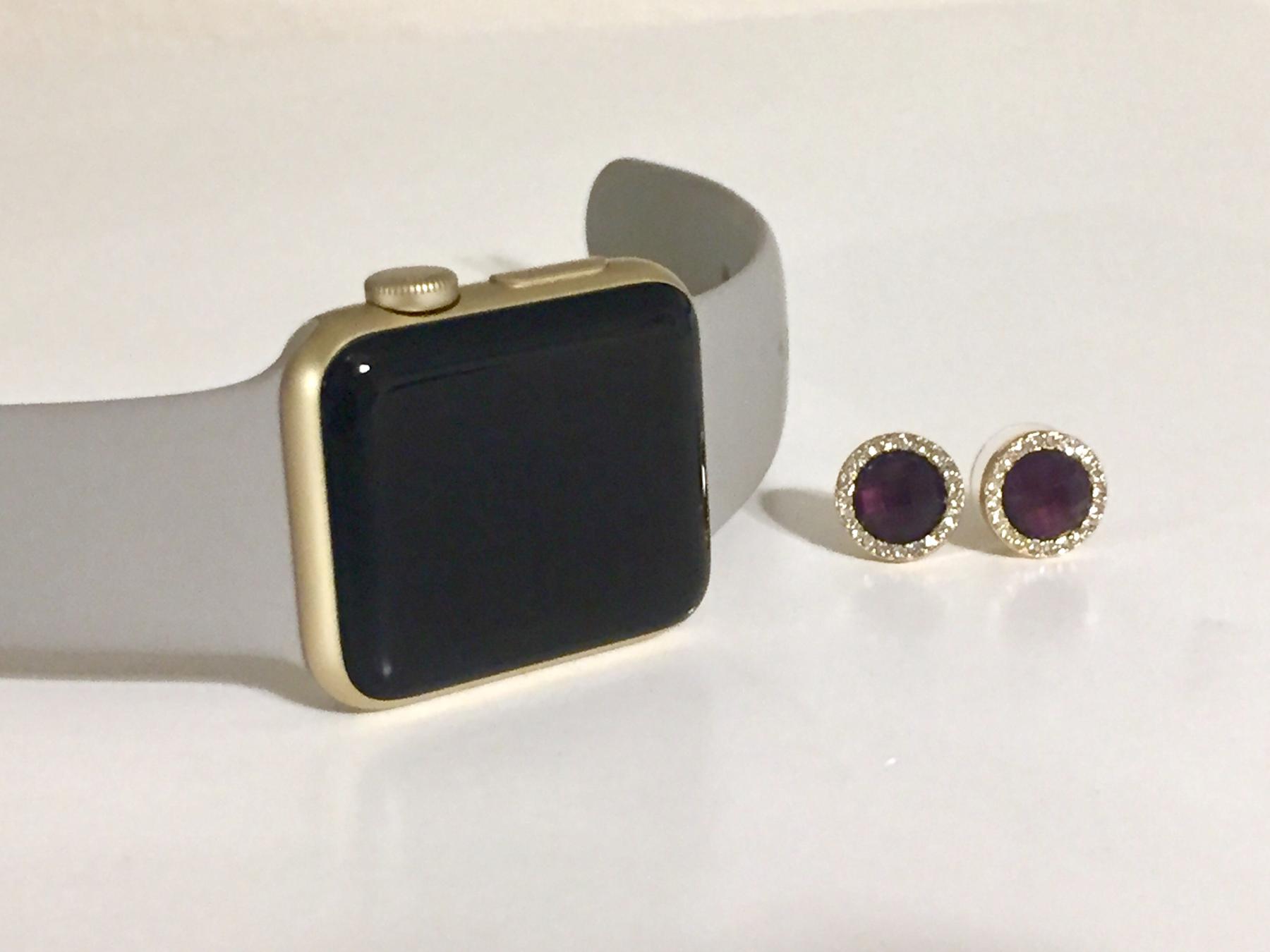 There’s incredible versatility within the watch’s wristband. Apple offers plenty of colors and styles, but the Series 2 is also interchangeable with nearly every strap available — even from third-party vendors. Regardless of your choice, the Apple Watch 2 manages to be lightweight without feeling cheap or flimsy. The device doesn’t restrict movement on your wrist and matches just about any outfit without blocking your sleeves, unlike the bulky Fitbit Surge. 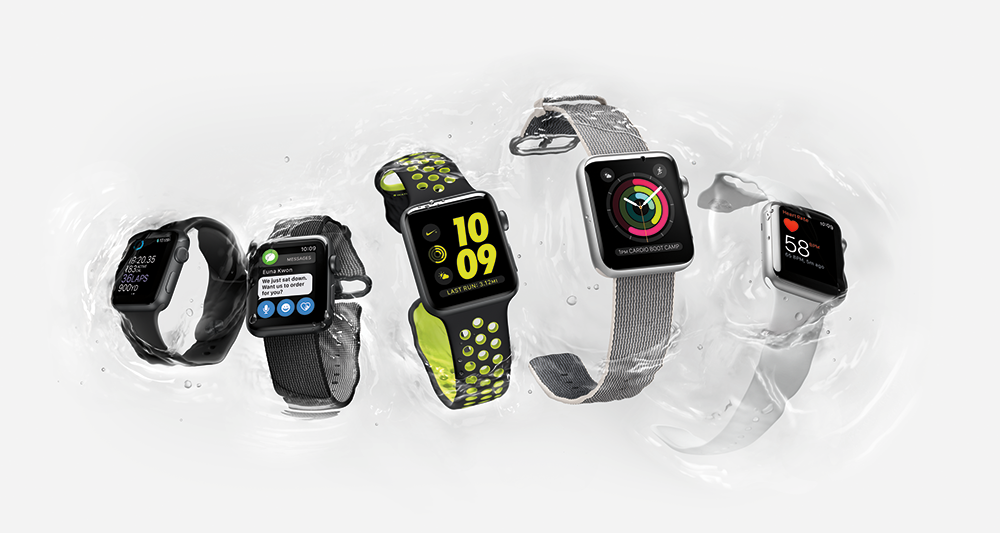 Worth It Or Not?

The Apple Watch 2 made enough improvements over the original to warrant its price tag. Its water-resistant design and faster processor pay dividends immediately, while various health tools and the built-in GPS pay off down the line. Regardless of what you’re looking for, the Series 2 offers enough to satisfy just about any smartwatch user.

In Love with my Apple Watch!!

I have tried many fitness trackers over time, and there was always something missing. I might be mot...