The Fitbit Blaze, which retails for $199, exists in a strange limbo between between two wearable categories. With the Blaze’s full-color touchscreen, apps such as Fitstar and Relax, and Apple Watch-like square display, it feels like a smartwatch. But with features that are focused on exercising and staying healthy, it works like a fitness tracker.

Read our Fitbit Blaze review to see if this unique hybrid fitness tracker is a successful upgrade.

The Fitbit offers a handful of apps, which you navigate through by swiping on the touchscreen: Today, Exercise, FitStar, Relax, Timer, Alarms, and Settings.

The “Today” screen offers an at-a-glance summary of your daily activity, including steps, total distance, flights of stairs climbed, heart rate, and calories burned. For all Fitbit trackers, you can already get this data on your phone. But it feels particularly convenient to glance at your wrist for an up-to-the-second update.

“Exercise,” true to the name, allows you to choose your exercise. The Blaze allows you to track a total of 17 different workouts. There’s the standard fare, such as running and biking, but there are also some more unusual workouts like spinning, yoga, golf, and tennis. If you get most of your workouts in the pool, you’re out of luck, unfortunately. The Fitbit Blaze is water-resistant, but it is not waterproof. 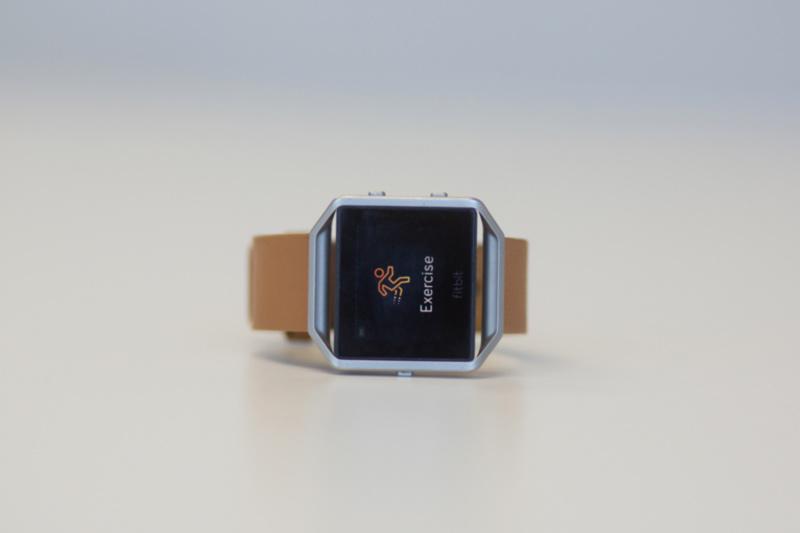 Unlike the Fitbit Surge, the Blaze doesn’t have a GPS monitor in the watch itself. You’ll need a connection to your smartphone if you want to see a map of your run or track how many miles you run during the week. If you run without staying connected to a phone, it will estimate the length of your workout, but that’s just a guess based on the number of steps you take.

If you’re not sure what kind of workout to do, you can get help through the Fitstar app. Fitstar guides you through three different exercises. There’s an eight-minute warm-up, a seven-minute cardio circuit, and a 10-minute ab blaster. People who exercise regularly will probably never use these features as they are too basic and too short really get a sweat going. But if you’re just starting to get more physical and want to be guided through your workouts, you might get some from Fitstar. 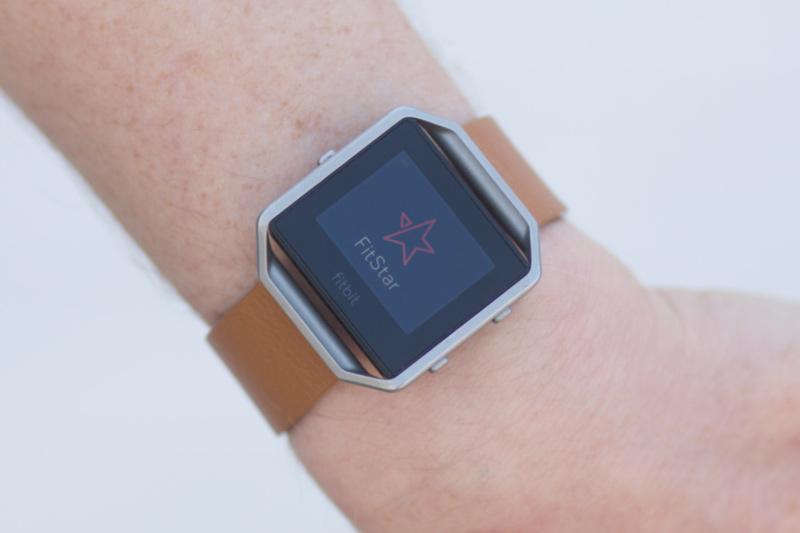 The “Relax” app is a recent addition, and it is similar to popular meditation apps on smartwatches. It guides you through a brief, guided breathing exercise by showing you an expanding and contracting circle, instructing you to breathe in and out to the rhythm. If you have a tendency to get wound up during the day, it’s a surprisingly effective way to center yourself via controlled, slow breathing.

Like a smartwatch, it also has music control and notification features. While listening to tunes, you can control the volume with the up and down buttons.

Fitbit broke the mold when they designed the Blaze. While their trackers typically feature a non-removable silicon band and an all-in-one unit, the Blaze is different. The tracker itself is a square that pops in and out of a stainless steel frame. The frame has three buttons and a detectable strap. The Blaze I tried has a leather strap, which feels comfortable even after several days and nights on my wrist. 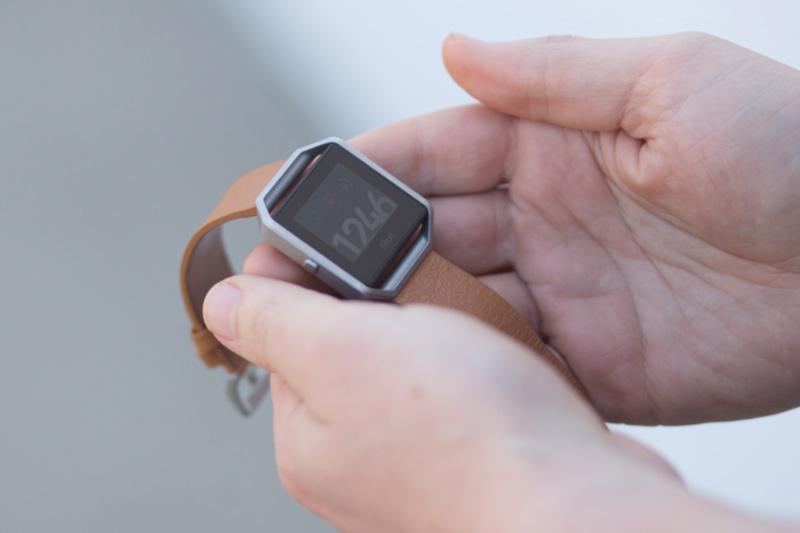 The Blaze features a 1.25-inch color LCD touchscreen with a 240 x 180 resolution. The colors are noticeably vibrant, though it seems to mostly display blues, reds, and yellows.

The Blaze is not a full-feature smartwatch, but the aesthetic and touchscreen gives it a smartwatch aura. The design is not sporty or classic, and it isn’t even what you’d call stylish. Instead, it’s firmly technological and forward-looking. While some Fitbits are minimalist to blend into your wardrobe, the Blaze’s bright color screen and unique design calls attention to itself.

In short, if you wear the Blaze, don’t be surprised if people stop to ask you what you’re wearing.

The Fitbit Blaze lasts around five days on a single charge. That’s standard fare for Fitbits, but an eon for smartwatches with a full-color display. Your typical smartwatch with an LED display will only last a day or two.

The Blaze comes with a clamshell charger that helps you juice up your tracker. Just pop it out of the frame, snap it into the charger, and plug it into a USB port.

Part of the Blaze’s appeal (and a big reason for the $199 price tag) is the optical heart rate monitor. 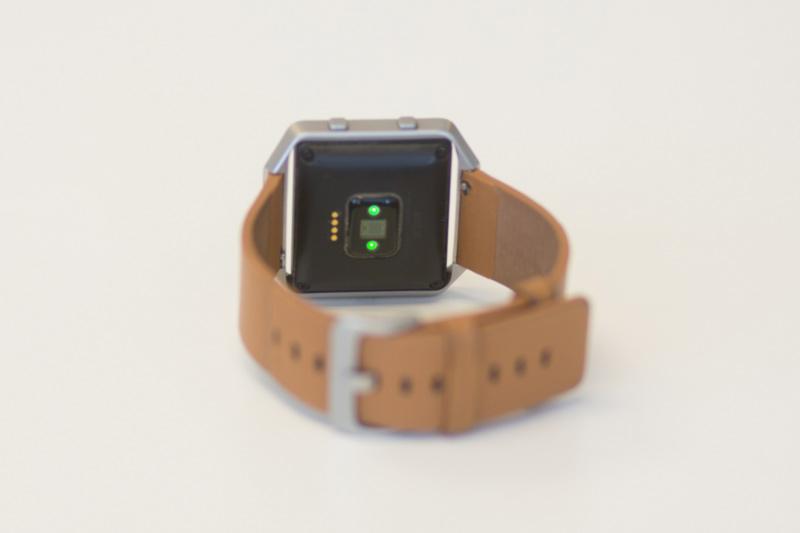 To test the Blaze’s accuracy, I went on a half-hour run and used both the Blaze and a Suunto chest strap to track its accuracy. In all research, chest straps have been found to be the closest to genuine medical equipment in terms of accuracy.

The Suunto chest strap recorded my average heart rate to be 167 bpm, with a max of 186. 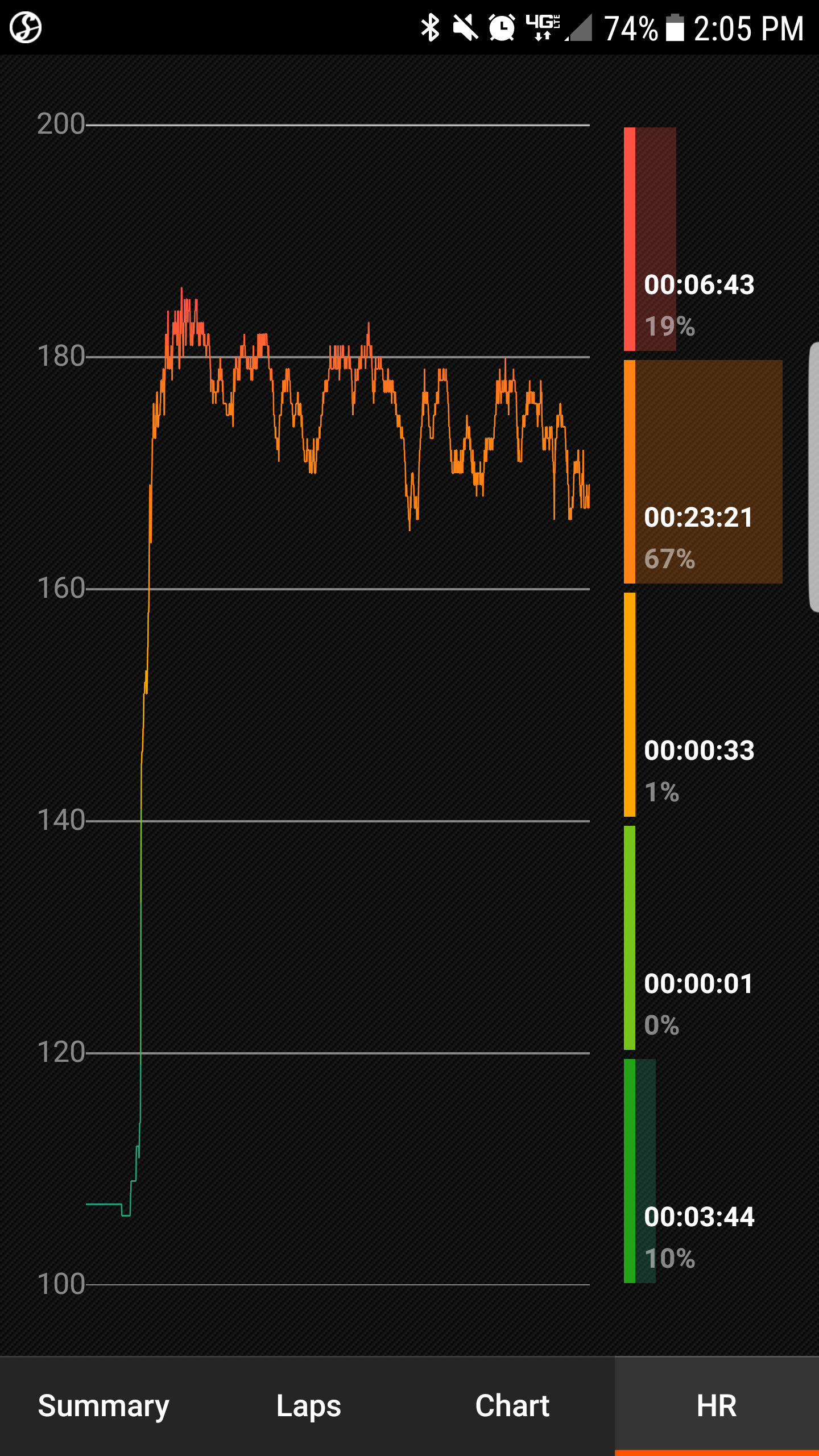 The Fitbit Blaze, on the other hand, calculated my average heart rate to 156 bpm, with a peak of 171. 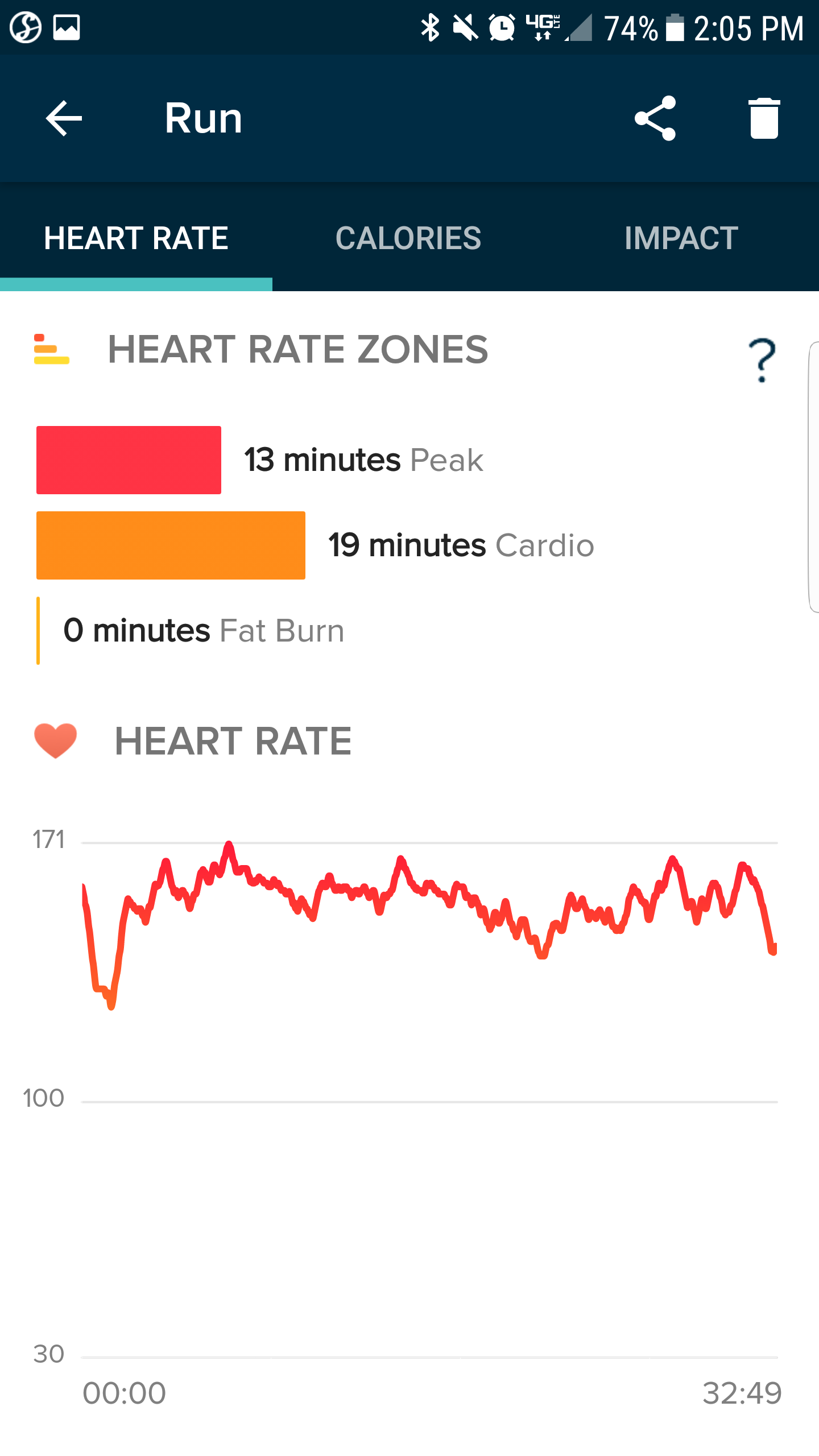 That generally falls in line with most research on the heart rate accuracy of fitness trackers. Namely, wrist-worn fitness trackers are somewhat inaccurate, and they get increasingly less accurate when your heart rate increases toward its peak.

Overall, the heart rate monitor is a good tool to get a general idea of how hard your heart is working, but take those numbers with a grain of salt. 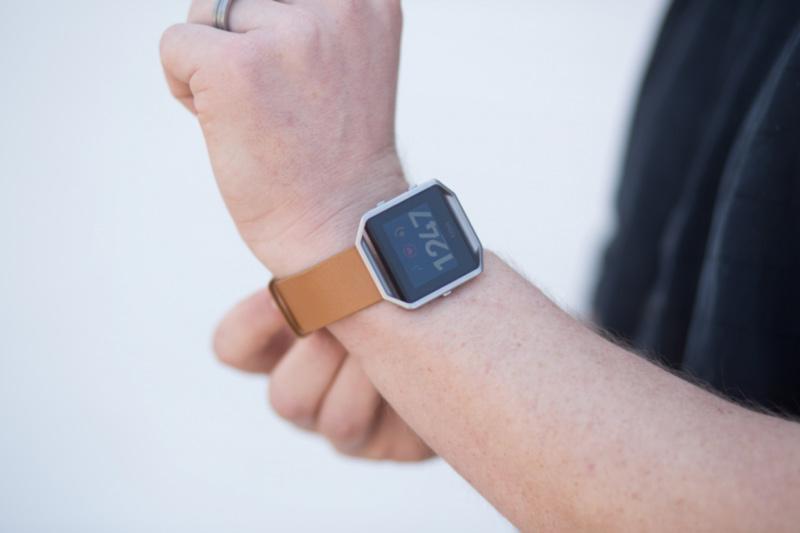 However, the Fitbit Blaze is perfect for anyone who just wants a solid set of fitness tracking features but doesn’t want to tolerate a simple, minimalist, wrist-worn wearable in order to get it. For some, the Blaze is the “Goldilocks zone” of fitness trackers. If you think a bare-bones tracker is too small and simple, but a full-fledged smartwatch like the Apple Watch is too complex, then the Fitbit Blaze is just right.