The Fitbit Alta is the ideal choice if you want an above-average fitness tracker without the bulk of top-of-the-line models.

The Fitbit Alta is the ideal choice if you want an above-average fitness tracker without the bulk of top-of-the-line models. The design is as visually innocuous as possible, while maintaining the accuracy and extra features that we expect from a leading wearable company. There is no GPS or heart rate monitor, so the Fitbit Alta is not the device for serious athletes, but it’s ideal for anyone who wants basic fitness tracking — plus a few fun, extra features.

First Impressions Of The Fitbit Alta

I’m also finicky when it comes to fashion, so if I’m about to commit to a 24/7 accessory, I want to make sure it not only looks good, but also proves its worth. Luckily, the Fitbit Alta was made for someone who wants to keep tabs on their activities, sleep, and health, but isn’t so worried that they need it to be waterproof, track their heart rate, and use GPS to track their morning run.

The thin, simple, elastomer wristband reminds me of the Livestrong trend in high school. Except this time, I’m upping my fitness cred, rather than posing as a philanthropist.

The Fitbit Alta is lightweight and comfortable, but after having it strapped around my wrist for a few hours, I had a lightbulb moment. “Ahhh, right, this is why I stopped wearing watches!” But since I was given a pretty awesome tool to motivate me to get healthy, I ignored my instinct to take it off, and spent a month trying to live the Fitbit life. 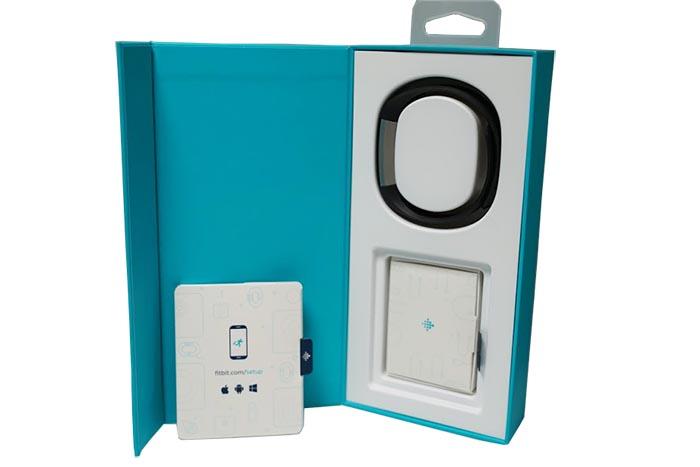 The sleek, minimalist design of the Fitbit Alta is arguably one of its biggest selling points, and it lives up to the hype. The original wristband comes in black, navy, teal, and plum. I love the black band because it flows seamlessly into the 1.4 inch OLED display screen and looks as discreet as the hair tie that never leaves my other wrist. It is as light and as comfortable as can be, and after a day or two, I barely noticed I had it on.

I haven’t tried one of the Fitbit fashionable bands yet, but the leather and metallic bands have already caught my eye. They are a bit overpriced at $59 for a leather band and $99 for the metal, especially since the device itself only costs $130.

If you work in a glamorous office, or never want it to leave your wrist, it may be worth it, but given the grand total of $230 for the Alta plus a fancy band, you might as well upgrade to the Apple Watch. Since I’m currently wearing leggings and an oversized sweater, I think the original Fitbit Alta band is more than fashionable enough for my job.

The two-snap closure is more convenient than the watch-like buckle on models like the Charge HR or Jawbone UP3, and is easy to strap on with one hand. Since I was wearing an expensive piece of technology on my wrist, I was stressed about it falling off and having to replace it. But despite a weeklong vacation and various levels of movement, it didn’t budge once.

Since Fitbit has two sizes — fairy waif or Andre the giant (read: small or large) — choosing the size was a bit annoying. Why is there no medium? I didn’t have a tape measurer handy because, why would I? My subconscious must have remembered that I don’t like feeling like I’m in handcuffs, so I decided to go with a large, and it worked great. I had it on the second to last notch, so it was almost at its tightest, but I had plenty of room to loosen up — which I won’t need now that I’m all about that fit life!

Pro tip: I thought I had dainty wrists, so if you’re a Fitbit virgin like me, definitely measure your wrist or go with the large to be safe.

Since I already, albeit sporadically, used MyFitnessPal to track exercise and calorie intake, I was pumped to learn that I could combine the two to really kick my ass into gear. The integration was seamless, and I loved seeing my burned calories pop up on the MyFitnessPal app without having to enter them. It all felt very Jetsons.

The activity tracker’s automatic recognition worked well during my lone calorie-burning activity: yoga. Apart from cardio, that’s about as active as I get, and I wasn’t sure how it would gauge the activity since yoga wasn’t one of the listed examples for the Smart Track feature. Its listed activities are aerobics, sports, cardio, etc. — activities in which you’re exerting more energy and movement than downward-facing dog. But the estimated calories burned during my yoga session was approximate to the calories MyFitnessPal reported.

The lack of GPS and HR monitoring mean this model won’t please serious athletes, but it’s great for those with less intense tracking needs.

Knowing how many steps I’ve taken and how many miles I haven’t walked is a great reminder to get off my butt and move. As any office-dweller knows, the motivation to actually stop working and leave your desk takes a bit more than a fleeting, “I should probably walk further than the kitchen.”

Feeling my wrist vibrate and seeing, “Just 120 steps to go for this hour!” or “Hey, wanna go for a walk?” made the 250 steps per hour seem much more manageable, and actually encouraged me to take the four-minute walk around the block. (Which happened to be almost exactly 250 steps.)

If you’re fairly active after work, the hourly notifications may annoy you, but for someone hoping to make small adjustments toward a healthier lifestyle, they are just what you need. If you do find the notifications annoying, you can simply turn them off or limit them to a certain time of day.

Meh. I’m not super impressed with the smartphone notifications. Mostly because I don’t leave Bluetooth on all day because, battery. But it’s also not that helpful. You can’t read an entire text in the time it scrolls across the screen, and it doesn’t answer your phone a la Apple Watch.

Although, I did appreciate the Alta’s notifications when I was waiting on a phone call, but not near my iPhone. Phone tag is the worst, so it was nice to be able to catch the call.

Advertisements for the Alta brag about the five day battery life, but as we all know, advertisements can lie. (Like Pavlok: the high-tech torture device.) In this case, Fitbit is telling the truth, and even being humble! Despite my overzealous tapping, my Fitbit Alta lasted for a week before needing a recharge.

I did take it off at night, which may have contributed to the extra battery life, but even a five-day stretch off one charge is a huge win. The convenience of putting a wearable on and then forgetting about it is a key factor in fitness trackers, especially for novices like me. If I had to charge the tracker like I charged my phone, it never would make it back onto my wrist. Conversely, if you are a vigilant user who never wants to take their Fitbit off, then the long battery life and short time to get to a full charge has an even bigger appeal. (A full charge only takes one to two hours.) 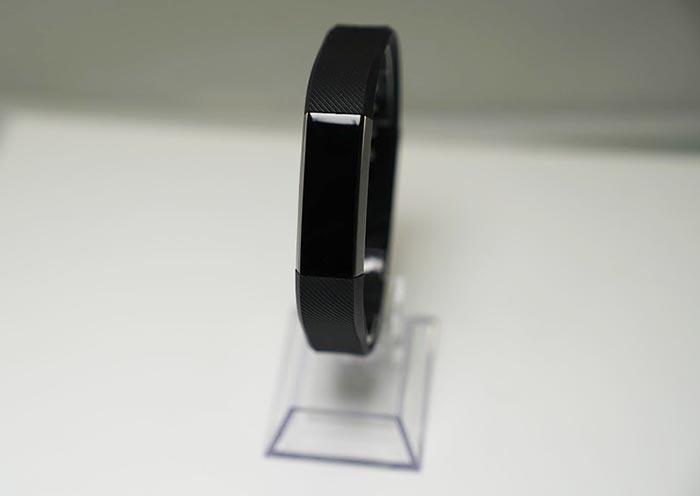 I appreciate that you can customize the display to appear vertical or horizontal with a few different options for time and date display. You can also customize which notifications you receive from your phone, set silent vibration alarms, and change your main daily goal if you don’t want to stick to Fitbit’s 10,000 steps per day goal.

The OLED display is crisp and clear … indoors.

The tapping. Oh, the tapping. As a newb, both in regards to the fitness and the fitness tracker lifestyle, I have been tap-tap-tapping away to check my progress. Unfortunately, it often takes more than one tap to wake up the screen. Fitbit claims that it is responsive to turning your wrist, which was true some of the time, but the “gentle tap” to scroll through time/date, steps, distance, calories burned, and active minutes is finicky at best.

Tapping 4, 5, or 12 times in a row to wake up your screen is absurd. Especially in public.

The other biggest issue with the Fitbit Alta display is that you can’t see it in the sunlight. This is a noted issue with other models, so it wasn’t particularly surprising.

Note: Another highly anticipated feature of the Fitbit Alta was the automatic sleep tracking. I was excited to try this out since I wake up about four times throughout the night, but I just couldn’t sleep with the Fitbit on.

Usually, I took it off to shower and then forgot about it, but even when I purposely tried to leave my Fitbit on, I ended up taking if off. That isn’t to say anything negative about the comfort of the device — I don’t sleep with any accessories on. Rings, bracelets, and earrings all come off. Guess I prefer to be a free spirit when I sleep!

Great, but it kept on falling off

I really loved wearing the Fitbit Alta - it's simple and kept me inspired to workout and stay active...