The Fitbit Surge retails on the high end of Fitbit products, setting you back an average of $249.99 depending on the retailer. With the Fitbit Charge HR selling for a hundred dollars cheaper, is the Surge worth a steeper investment?

The Surge bills itself as a “fitness super watch,” which is not to be confused with a smartwatch. It boasts an array of features that supposedly elevate it above its competitors. So, what’s the score? I tried it out for a week and weighed in on the good, the bad, and the ugly.

Fitbit is pushing GPS tracking as one of the best features of this watch. For diehard runners, it’s a nifty feature that you won’t find on other Fitbit models or the Apple Watch. Although GPS tracking is an interesting add-on, the rationale behind it feels somewhat flawed.

Do you run without your phone? If so — this watch may be for you. But if you like to listen to music or enjoy the security of being able to make a phone call should you need it, the GPS functionality is nothing that an app can’t do. In order to utilize notifications and music control (more on that later), you need your phone nearby anyway, which begs the question: is this feature really worth the extra bucks? For me, it’s a no. 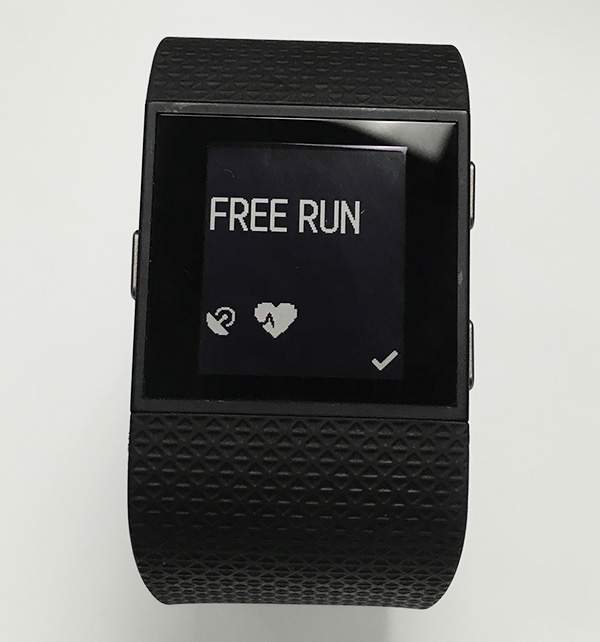 In order to trigger GPS tracking, you need to set your Surge to “Free Run” by navigating through a menu which isn’t intuitive, but isn’t horrible. The navigation experience is a stiff “meh.” Distance, pace, split times and elevation are nice ways to break down your run, although the accuracy of elevation is flawed.

To test it out on someone who has a gruelling physical job, I let my nautical husband take the Surge for a test run through his working day. The Surge apparently can’t calculate elevation if you’re on a boat. For those who don’t spend anytime shimmying up a mast as a workout, this isn’t an issue. But flawed accuracy has dogged Fitbit recently, resulting in three recent lawsuits. If it’s not accurate at sea, it’s probably not accurate in other situations that I’m not privvy to. Too bad I don’t know any rock climbers.

In a nutshell: Not worth the extra feature when it’s available on most smartphones.

I enjoyed the heart rate monitor the most, especially considering that I have hypotension. Read: Lestat probably has a higher resting heart rate than I do. Occasionally when my heart rate falls too low, I faint like a medieval maiden. From a medical standpoint, the Surge was a great tool to see how I was doing throughout the day. 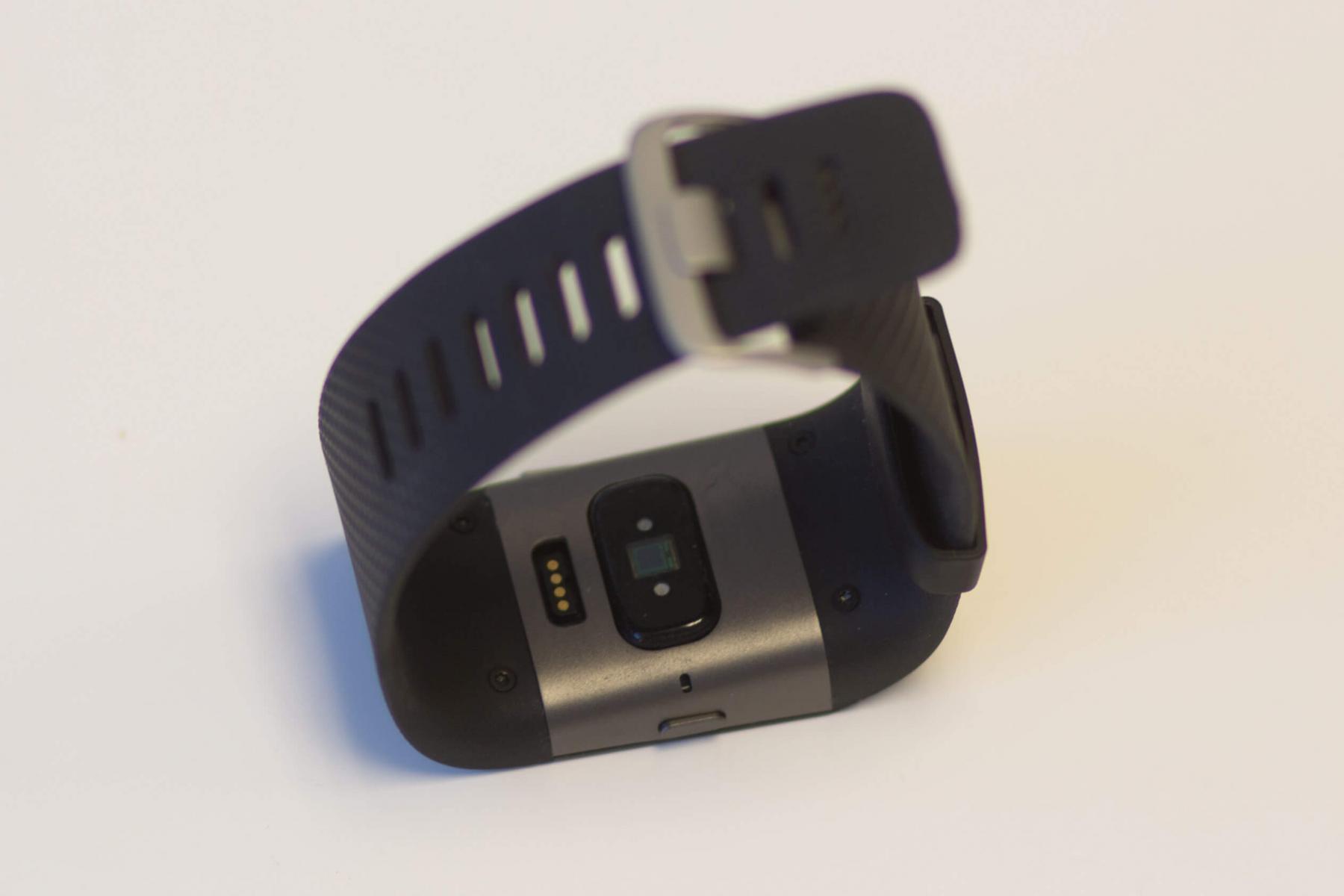 Back to fitness — this is definitely a runner’s watch. The Surge peaks as a running gadget, and but it doesn’t stand out from the Charge HR when it comes to walking and hiking. For pilates, yoga, and other flexy activities, it became a nuisance due to the sheer size and bulkiness of the device.

However, stressed Fitbit users can rejoice: you can finally put a metric on how traffic/work/your S.O affects your BPM.

The active minute feature is also a lot of fun, and I can see how having a competition with your friends becomes addictive. My husband’s active minutes were ridiculously higher than mine, and I felt compelled to run in circles until I ousted him at the fittest member of the household. Spoiler alert: I lost.

In a nutshell: The continuous heart monitoring is the best feature of the Surge, especially for fitness fanatics and those with medical issues. However, the Charge HR and competitors offer the same function for less.

All the activity trackers are pretty generic of Fitbit products, and definitely don’t justify the price bump. So yes, it’s nice when the Surge starts having a fiesta once you hit 10,000 steps, but again, it’s a standard feature among Fitbit products.

In a nutshell: As the fundamental feature of a fitness tracker, the Surge doesn’t offer anything new when it comes to all-day activity tracking. 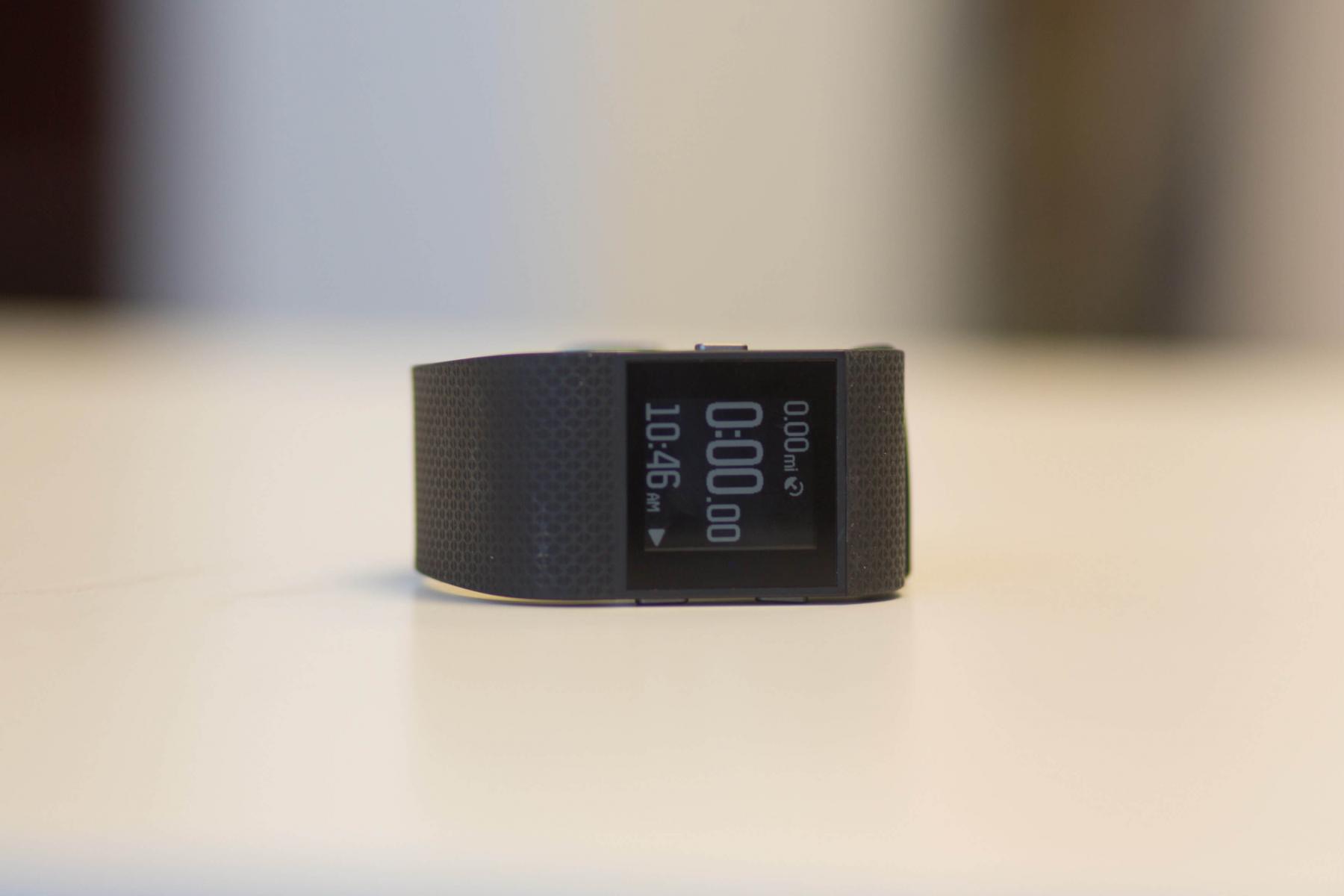 An hour of charging kept my Surge suped up for five days, which is sort of great because nobody likes a short battery life, and also sort of lame because you’re stuck with a really basic interface. It’s reminiscent of an early Nokia, which doesn’t cut it in the age of HD. The Surge promotes itself as a “super watch” — but as a watch, it isn’t super. It tells the time, and that’s pretty much the extent of it.

In a nutshell: It’s true what other Fitbit Surge reviews say — the device has a long battery life.

Here’s where the Fitbit Surge really begins to feel like a rip-off. Notifications from your phone do not work unless your phone is in close proximity to your Fitbit. If this is a feature that makes a $100 price jump worth it, it fails dramatically. I can’t shake the feeling that it’s silly to justify spending $250 on a smartwatch that requires a phone as life support.

In a nutshell: Rubbish. Don’t bother.

The Fitbit Surge is not very accurate as a sleep tracker. Perhaps I stay too still when I’m awake, but Fitbit wrote me off as sound asleep when I was very much awake — until I figured out how to set it to “sensitive.” At that point, it seemed to be a bit more thorough with my sleep diagnostics.

The silent alarm is a cool feature among Fitbit products, but the watch material is uncomfortable to wear overnight — and led to a rash.

In a nutshell: Nothing suggests the Surge has superior sleep features compared to other models.

Ironically, the best thing about the Surge is the app. It’s well-designed and fun to use. The charts are fascinating, and it’s easy to see how you could get addicted to tracking your fitness over a period of time.

The one problem is the food tracker. If you cook your own meals, you have to manually add the nutritional value of a home cooked meal, which is a huge pain in the tush.

In a nutshell: The App is great, user-friendly, and actually fun to use.

I made it to five days by the skin of my teeth, for one big reason. The design of the Fitbit Surge is craptacular. I felt like I was wearing an ankle monitor around my wrist. There are several big design flaws that were too immense to overlook.

Personally, I hated the look of it, which is in the eye of the beholder when it comes down to it. My husband/guinea pig didn’t mind the band’s aesthetics, probably because it looked normal on his build and no longer resembled a large calculator duct-taped onto the wrist of a hobbit. 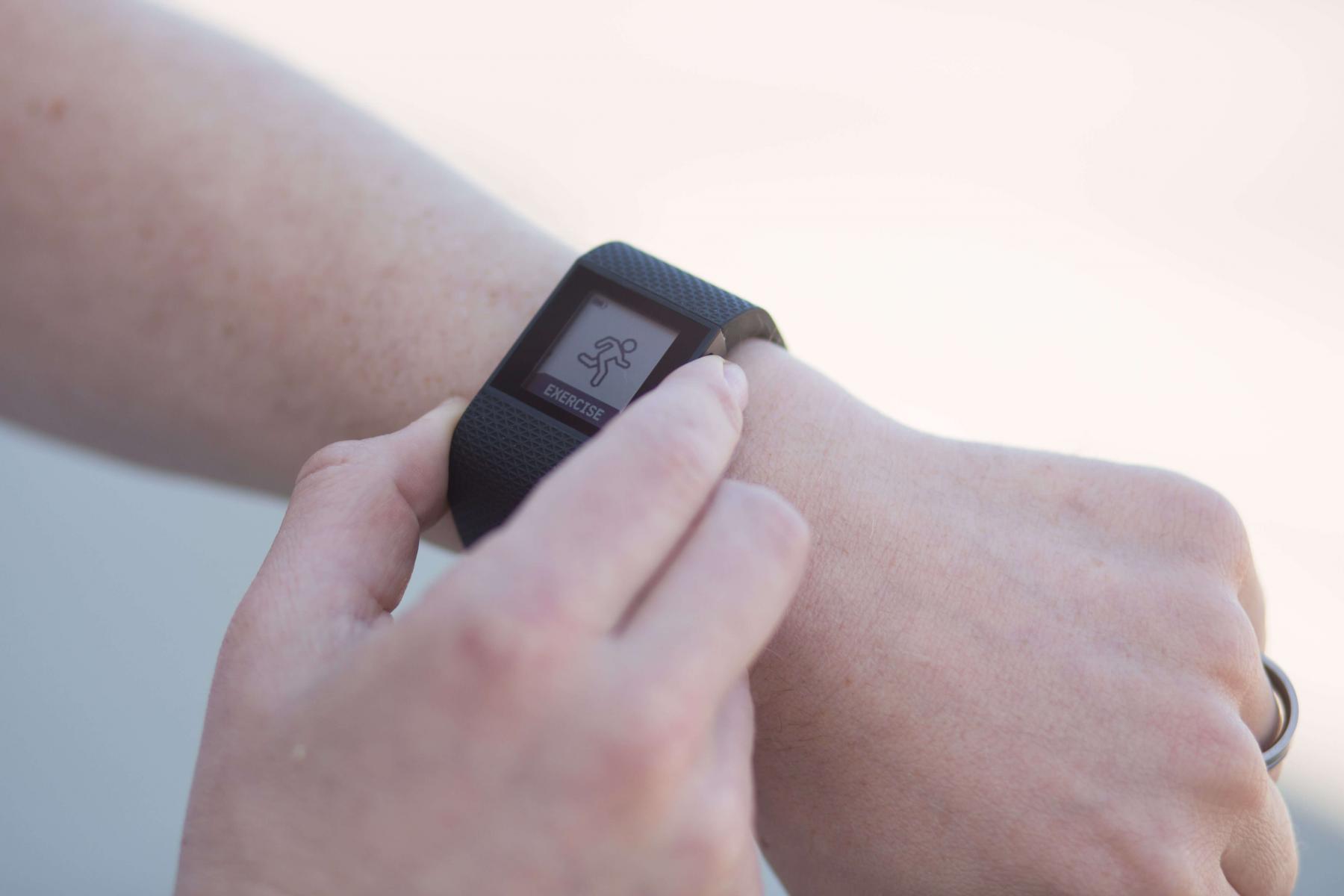 If you’re curious, I’m a 5’9” female, whose wrist is a trifle smaller than the “S” size chart displayed on the side of the box. My husband is 6’5” — so you can imagine that this a big frigging watch we’re talking about. I put it on a petite friend measuring at 5’ tall , and it looked absurd. So if you’re on the smaller side, try and find one on display to try on before you purchase.

Ugly or not — an uncomfortable design is cardinal sin.

The material on the strap gave me (and other users, according to a quick Google search) a rash. The face of the watch is a long, hard rectangle that makes no accommodations to the contours of your wrist. The back of the watch is equally bizarre: it’s unreasonably thick, and as straight as a poker — which wrecks havoc on your wrists after wearing it for a short time. Out of a ramshackle focus group which included male and female friends of various sizes, the decision was unanimous. The Surge wasn’t a comfortable fit.

In a nutshell: Unwearable.

A Fitbit that does everything, that’s what caught my attention with the Fitbit Surge. As a pre...

Not love at first sight, but...