There are no multi-sport options on the Moto 360 Sport, hurting its case against other sports watches.

A hybrid of the second generation Moto 360, the Sport gets stuck somewhere in the middle of its transformation into a fitness-tracking smartwatch. While the device features built-in GPS, Moto Body software and an innovative display, its functionality pales in comparison to the top tier models on the market. The Moto 360 Sport is comfortable and easy to use, but it doesn’t offer enough to warrant a $199 price tag.

The biggest difference between the Moto 360 and the Sport is the addition of Moto Body software. This feature caters to more active users by tracking:

Once the program establishes a baseline of measurements, it analyzes your results and provides feedback through the watch and its corresponding app. You can also sync this data with other Android-compatible apps, such as MapMyRun and Under Armour Record.

The technology is good in theory, if only it all worked like it was supposed to.

Tracking your steps with the Moto 360 Sport is nearly impossible. Not only does it provide wildly inaccurate measurements, but it takes an inordinate amount of time to record the steps it actually registers.

Fidgeting at your desk yields stepping numbers in the thousands, while resting your hands on the stroller during a walk registers as many steps as a 30-minute nap on the couch. If you’re determined to win the step challenge at work, steer clear of the 360 Sport. Well, unless you’re a fidgeter.

Comparatively, the other wellness data is much more accurate. The heart rate monitor usually provides measurements within five beats of a pulse check, but the stepping numbers make it hard to completely trust the watch’s sensors. 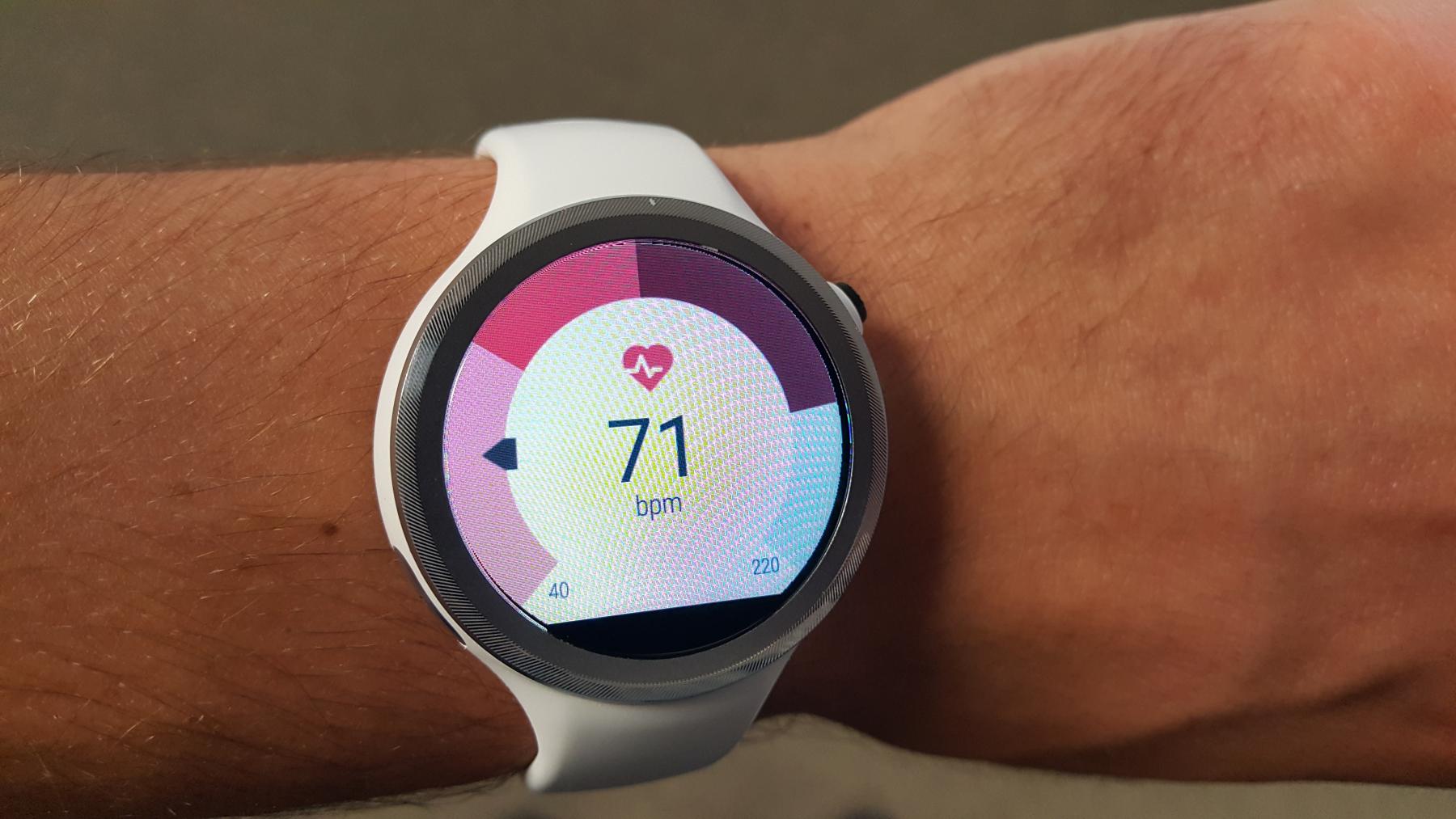 Running data is the highlight of the Moto Body software. The watch tracks your time, distance, pace, average and max bpm, and calories burned, all while itemizing the results in different splits and zones. You can also compare daily and weekly averages through the watch or the app on your phone. 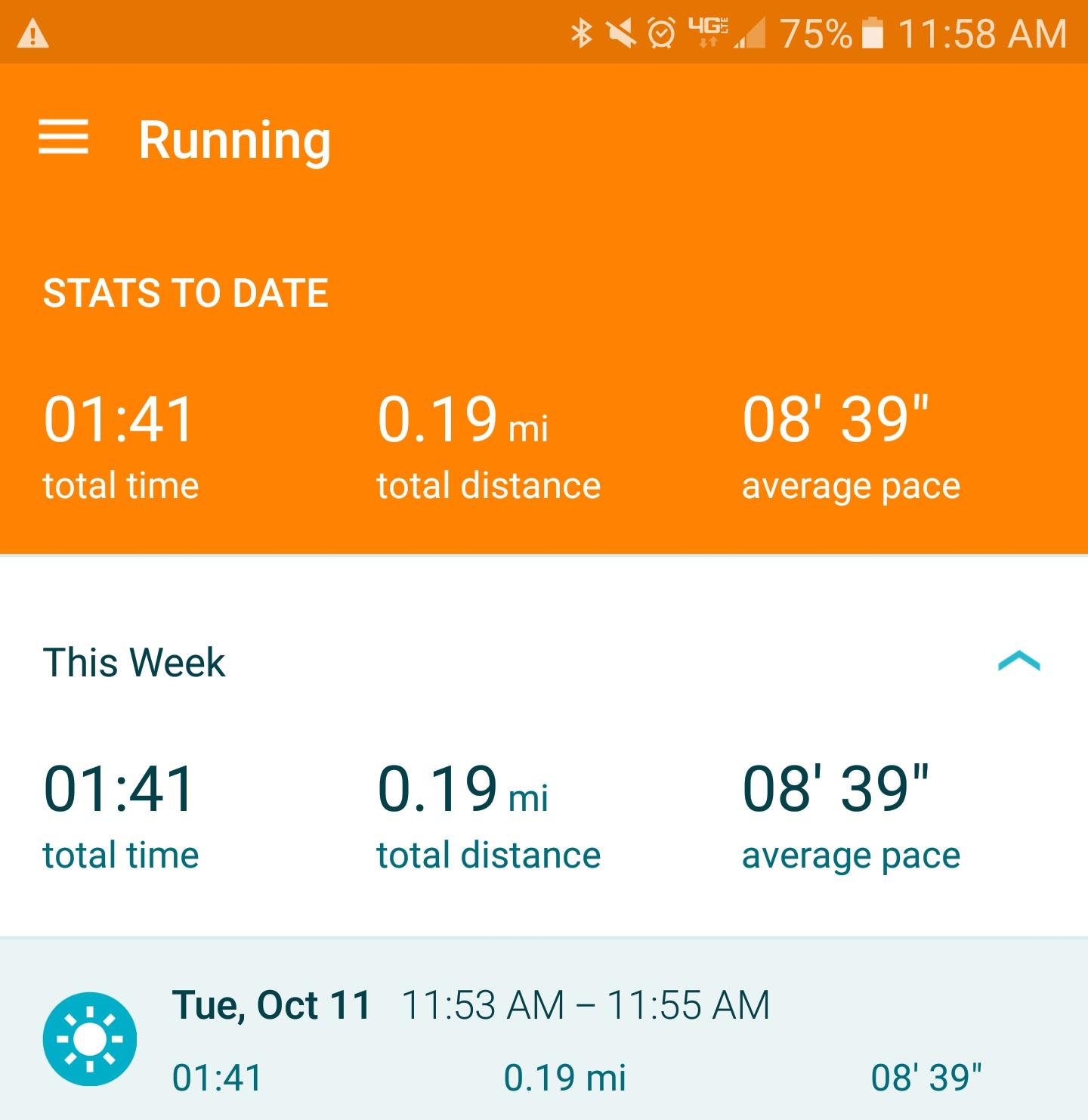 Unfortunately, all of these measurables only cater to runners. If you wanted similar data for walks or bike rides, you’d have to log them in as an additional run. There’s also no multi-sport options included on this watch, which models like the Garmin Fenix 3 HR offer.

At the time of its release in late 2015, the Moto 360 Sport was only the second Android Wear watch to have built-in GPS. It’s clear that Motorola learned from the initial technology on the Sony Smartwatch 3.

The Sport’s GPS system gives reliable readings, locates nearby landmarks, and responds well to touch-screen commands. Its navigation menu is also easy to use and makes streaming a running or biking route simple. 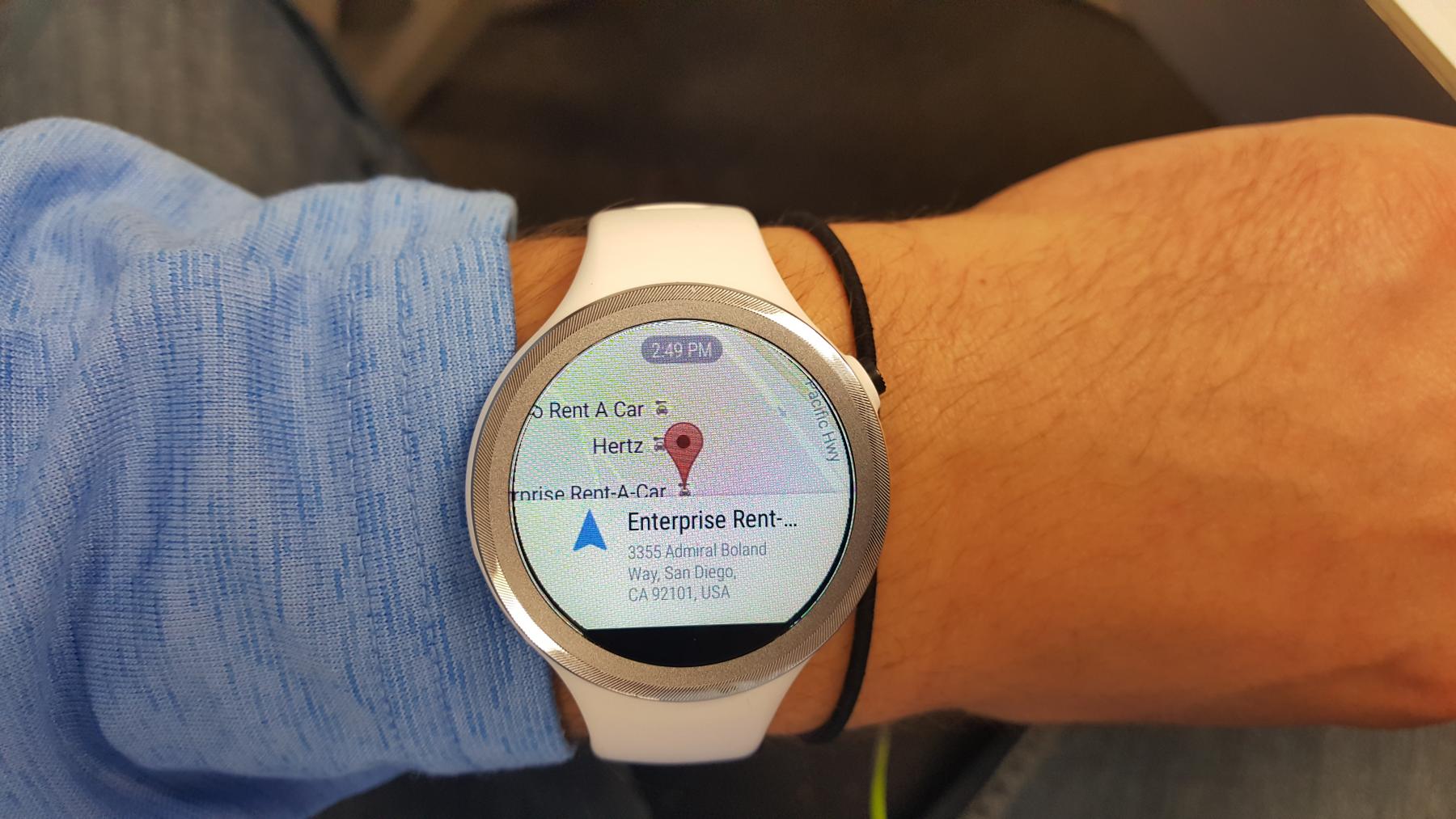 System updates, text alerts, emails, and other notifications don’t consistently register on the 360 Sport. The watch alternates between vibrating to acknowledge one message and burying the next within scrollable tabs on the home screen. Notifications are easy to manage with the touch screen once you find them, but that requires you knowing they’re there. 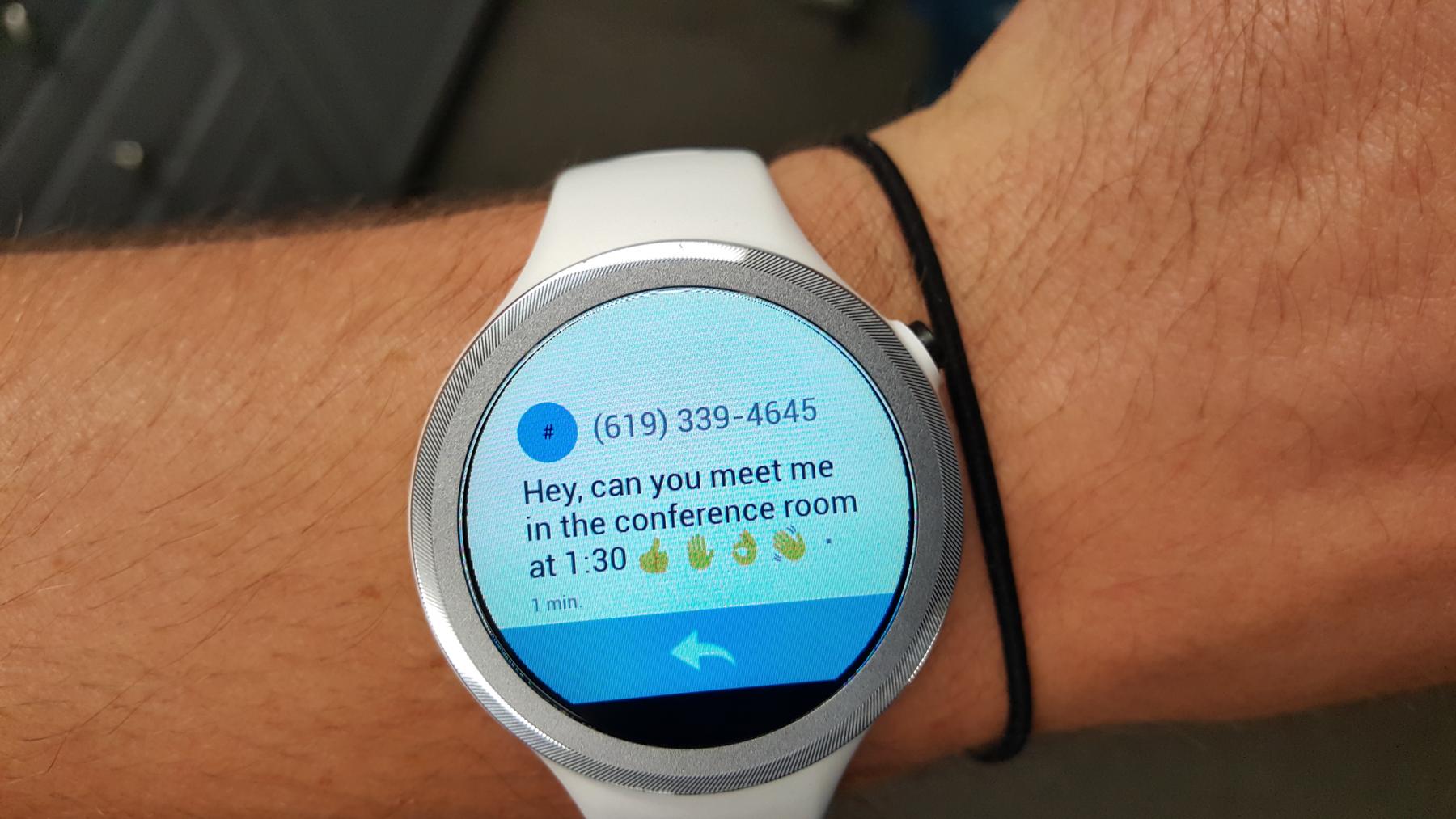 Android Wear makes the Moto 360 Sport extremely easy to use. The watch’s interface is user-friendly and navigation takes all of two minutes to learn. Nearly every command and program can be controlled through the device’s three-part menu.

The watch also has 512MB of RAM and 4GB of storage, so users can store a bit of music, which plays wirelessly through a Bluetooth headset.

It’s safe to say the Moto 360 Sport is no Withings Steel HR.

If you use the Moto 360 Sport sparingly, say to check phone notifications or occasionally monitor your wellness numbers, you can probably stretch a single charge into the second day.

Moderate users are looking at about a day’s worth of battery life, but hikers, long-distance runners and cross-country bikers will run into trouble with this device. Gathering workout data or streaming routes for long periods of time limits the Moto 360 Sport’s battery life to less than half a day.

So, depending on your needs, you’re most likely going to be charging this watch every day. Luckily, it only takes about an hour to fully recharge the device, which can be done through any USB port. 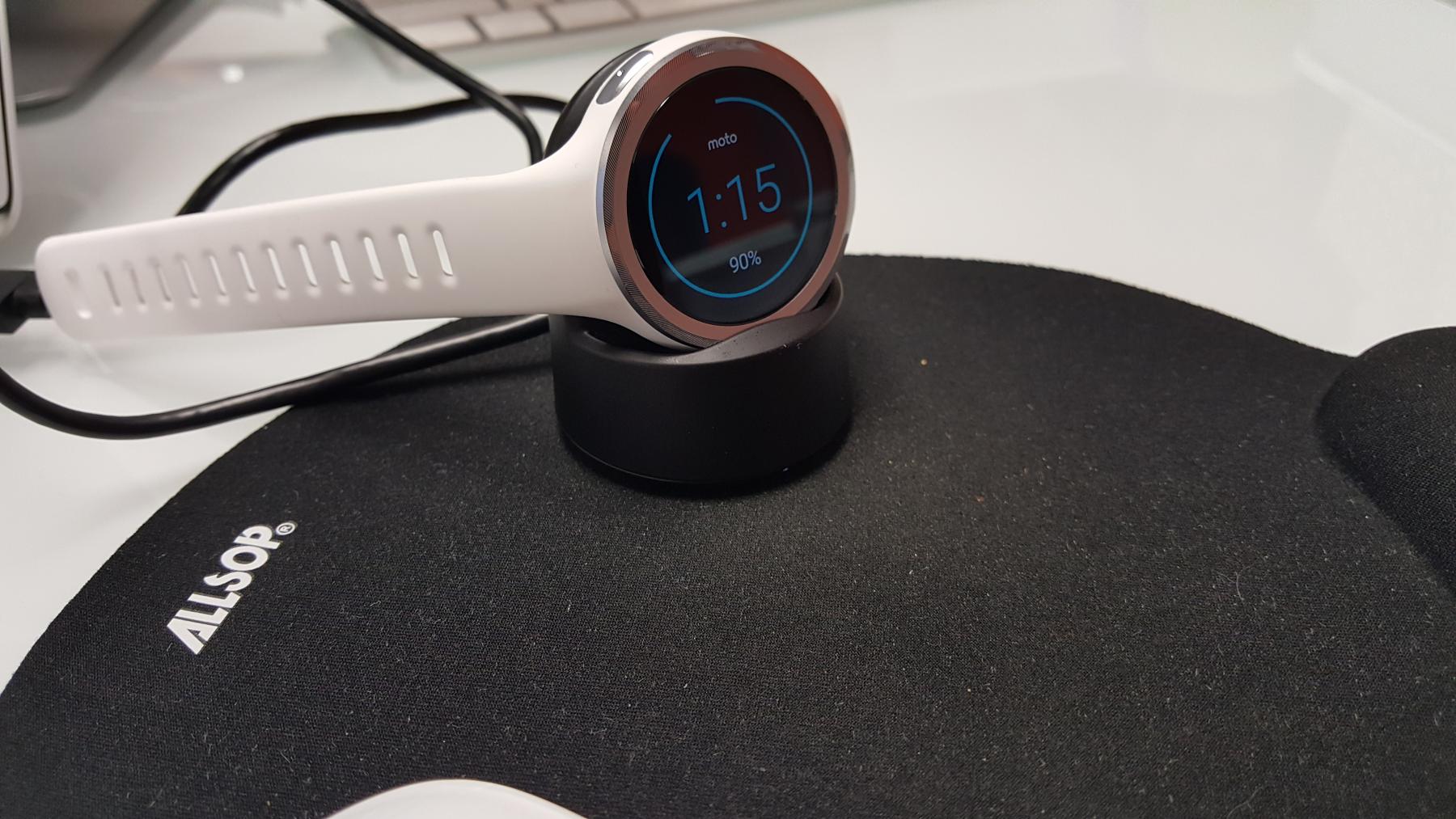 One of the best features on the Moto 360 Sport is its AnyLight display. The hybrid screen operates like a standard LCD in normal light, but takes on transflective properties when it’s bright outside or when the watch stands idle. The device switches between modes automatically, depending on the ambient light. 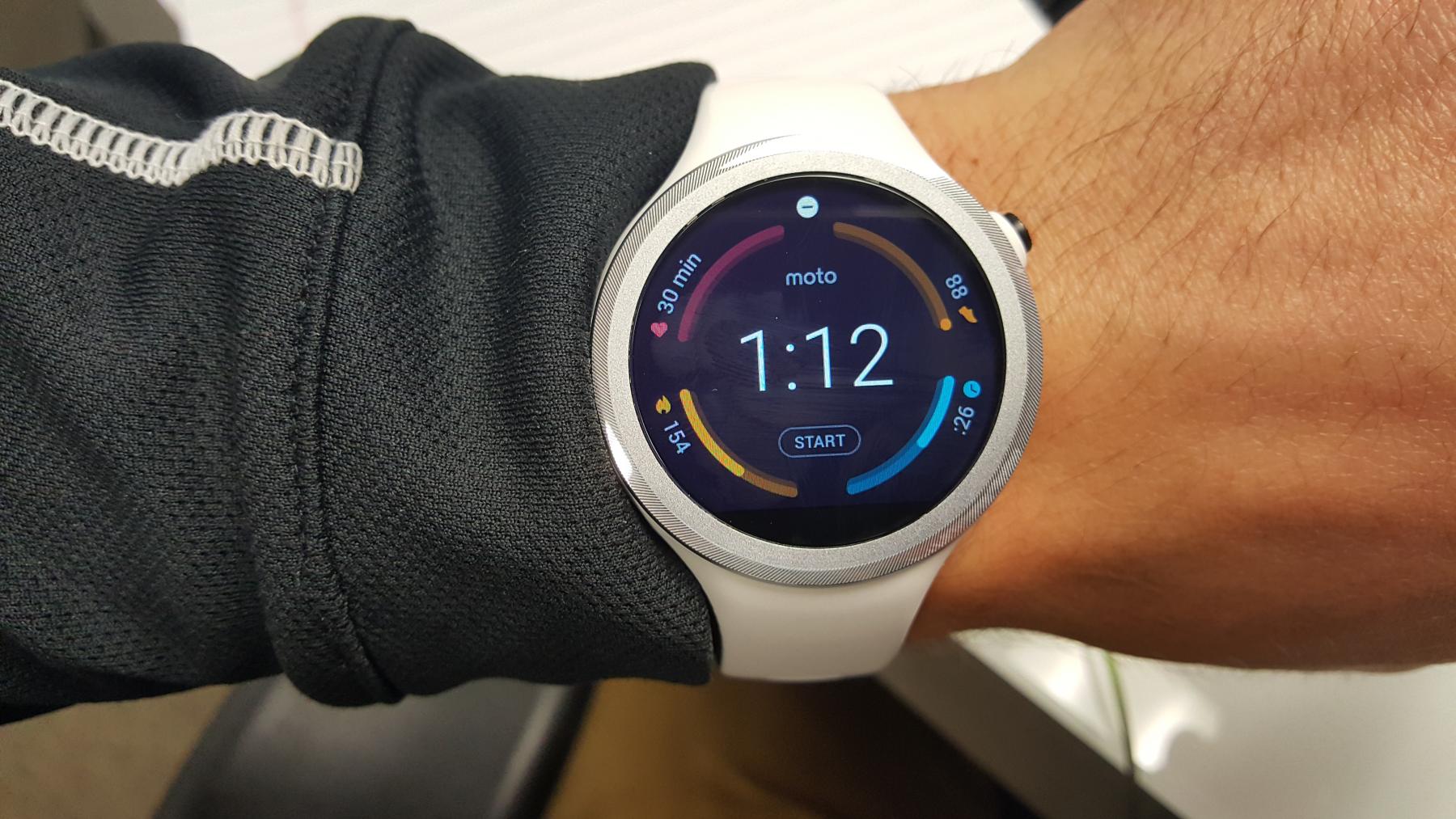 This device has an IP67 rating, meaning its sweatproof, but you can't take it in the shower or pool.

Arguably the most underrated part of the 360 Sport, the wristband passes with full marks. The silicone material hugs your wrist in a way that’s secure, but not uncomfortable. On the contrary, the somewhat grabby fit allows for some wiggle room with strap tightness. Sleeping with the wearable on isn’t out of the question either because it’s far less restrictive and bulky than the Fitbit Charge HR.

Exercising with the 360 Sport isn’t a problem, either. Whether you’re lifting weights or riding the bike, this wearable never gets in the way. Ventilation holes within the strap supply steady airflow to your wrists, which limits the amount of sweat traveling to your hands. 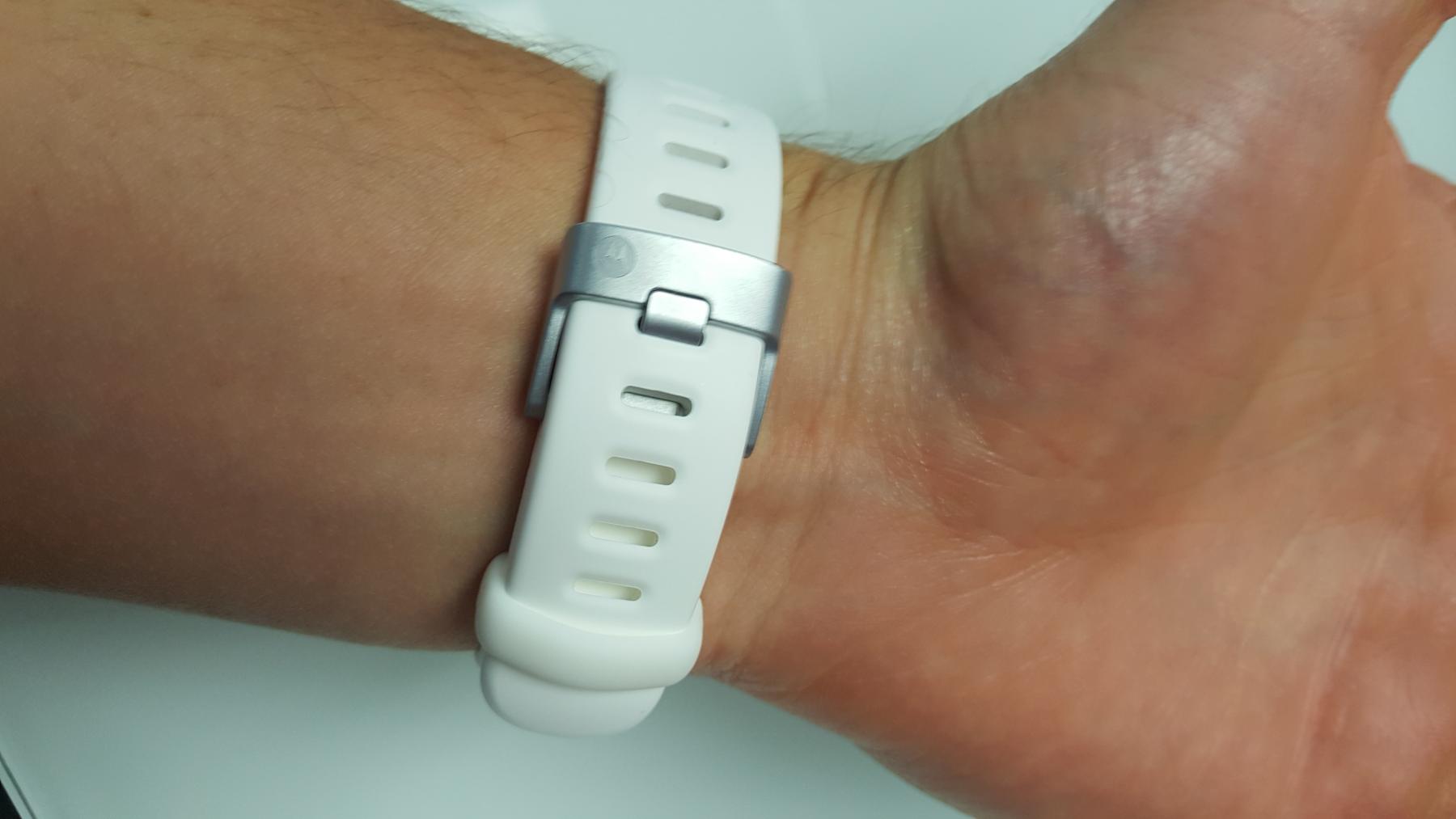 Perhaps the only negative aspect of the wristband is that you can’t replace it with another strap, or even alternate between the three available colors. With the band being so comfortable, however, this isn’t a huge problem.

At face value, the Moto 360 Sport is an entry-level smartwatch suitable for users who want to experiment with fitness tracking. Modest runners might find the device serviceable, but anyone who goes long distances, or prefers other forms of exercise, should look elsewhere. Beyond the smart screen technology, built-in GPS and Moto Body software, there’s not much here. The Huawei Watch and Samsung Gear 2 both offer more at a similar price point.

The Moto 360 Sport has a lot of great features that make it a worthwhile purchase when it comes to s...