If the MYNT functions were consistent, accurate, and the software was given an overall upgrade — this device would be extremely helpful.

Who among us has not angrily searched for their phone while holding it in their hand? Who among us has not screamed at their spouse for moving their keys, only to later realize they were buried in their pocket all along? Until wearable implants become the norm, no one is immune to the irrational rage of forgetting an umbrella at home or misplacing the remote.

Forgetting is a part of the human experience — and MYNT creators Slightech are counting on it.

As a forgetful, technology-reliant person, I’m pretty much the key target for the MYNT. A small, affordable ($19.99) piece of technology that promises to eliminate daily fits of frustration? Sign me up.

Slightech boasts that the MYNT is the world’s thinnest tracker and remote at 2 inches long, 1 inch wide, and ? inch thick. It is portable, versatile, and waterproof when paired with a case. The design is attractive enough that I wouldn’t mind having it hang on my keys or attached to my pet’s collar — but I would draw the line at affixing it on my iPhone.

The thin, lightweight design supports the intended versatility of the tracker, but also inhibits precision during use. The button on the MYNT is flush, save for a small divot. So, while it is definitely sleek,  it’s tough to press.

It’s worth noting is that my ring size is 4.5, so I have just about the smallest finger tips this side of Donald Trump — and this narrow, flat button was a nuisance for me. If someone with regular human-sized hands tried to use this, I predict they would have a tough time.

As soon as I connected the MYNT to my phone, I was immediately bombarded with options and pop-ups before I even knew what I was customizing. I went along with it, but I’m not blown away by the user interface. There are options on options on options — which makes sense when you have a 2-inch piece of metal performing so many different jobs — but it is frustrating nonetheless.

In order for the MYNT to work, you must always allow location settings, have Bluetooth on, and allow notifications for the MYNT. Again, this makes sense given the purpose of the tool, but right off the bat, I was worried it was going to suck up my phone battery. By the end of my week with MYNT, it didn’t have a huge impact on my battery, but the noticeable battery loss and excessive notifications were bothersome. 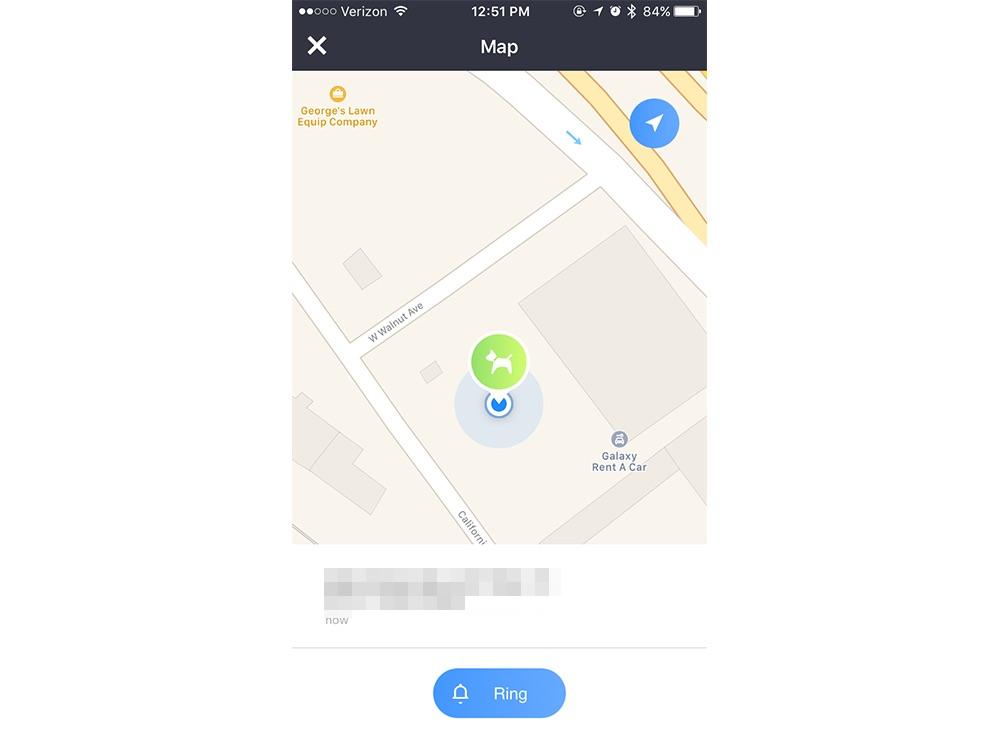 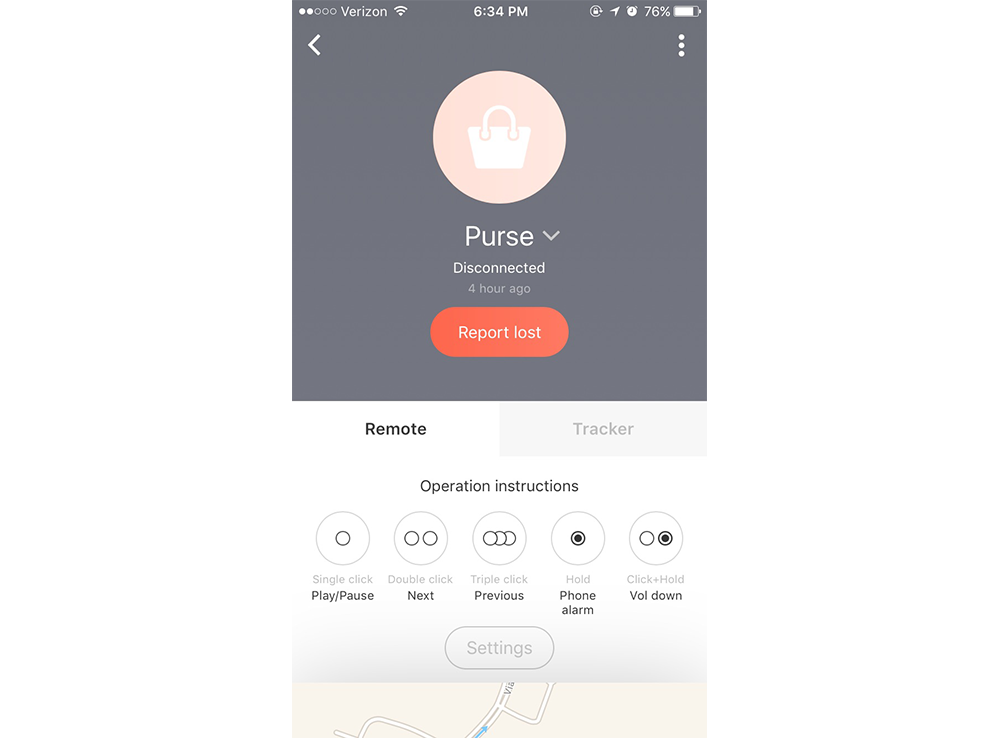 While in range, the alarm on the MYNT rang about 40% of the time. As detailed below in “Notifications,” sometimes I received a banner notification. Other times, the app simply disconnected, and the alarm only rang aloud while I was on a phone call.

When attached to my pet’s leash, a co-worker walked in one direction and I walked in the other to test the smart alarm distance. I had the app open the whole time, but there was no sound. It simply disconnected. 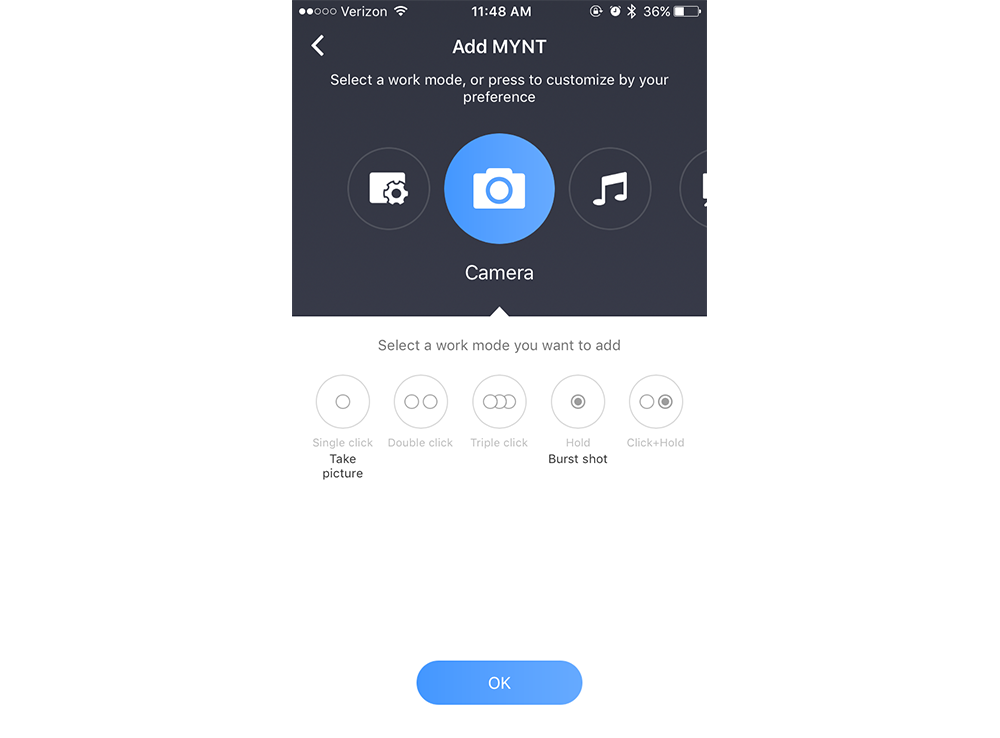 Using the MYNT as a smartphone remote was the most consistent use for me. It took photos when the camera app was open, and I was easily able to switch to the next song and lower the volume while the music app was open.

Okay, I’m not going to lie to you. I’m making an estimated guess about this function because I’m no longer in college, nor do I work in a shmancy enough office where people give PowerPoint presentations. What I can surmise is that MYNT works well enough for the simple one click = next slide use, so it should work well as a presentation clicker.

The CR2020 coin battery can last six months with active use or one year on standby. You receive an extra battery with your MYNT. The battery is easily replaceable and can be purchased by standard battery brands like Duracell and Phillips.

You immediately have to install a firmware update when you set up your device. If you opt out of it, you will “limit the use of your MYNT.” I was informed that the update will “take half of the battery, so be sure to have an extra battery on hand.” This was alarming at first, but appeared to be more of a precaution: I performed two separate firmware updates during setup, and the battery was still at 100%.

I had high expectations for the MYNT, and while I was impressed with the design, smartphone remote features, and concept — it simply didn’t do what it promised. The main issue was the lackluster Bluetooth connection, but at a $20 price point, I didn’t expect smartphone GPS capabilities. However, I did expect more than 30 feet in open space.

If the MYNT functions were consistent, accurate, and the software was given an overall upgrade — this would be extremely helpful. Unfortunately for MYNT and forgetful techies alike, it isn’t there yet.

MYNT smart tracker sucks. 4am with plenty of battery and no mynt app active on my phone the little t...