Unless you're looking to interrogate someone in an abandoned warehouse, I'd give it a miss.

Never one to turn down an interesting experience, I volunteered as tribute to test the Pavlok — a wearable designed to break bad habits by administering an electric shock. So, did it work?

CEO Maneesh Sithi got the idea of a human shock collar after he paid a girl to slap him in the face whenever he checked his Facebook profile. Err … right. Instead of eternally subjecting some poor Craigslister to engage in a bit of Pavlovian sadism, Sithi built the Pavlok. The idea, based in aversion therapy, is relatively simple: do something bad, get electrocuted.

The Pavlok got tongues wagging after appearing on an episode of Shark Tank. Mark Cuban lambasted Sithi as a con artist, and after rejecting an offer from Kevin O’Leary, Sithi was unceremoniously chucked out. But he returned on Indiegogo, and you can now purchase a Pavlok from Amazon.

I’m somewhat of a hoarder of bad habits. So, I’m willing to self-administer electric shock therapy (a la One Flew Over the Cuckoo’s Nest) in the name of self improvement. Was it worth it? This is my day wearing Pavlok:

The Pavlok arrives. I get several emails in advance, telling me about all the marvelous things I can expect to achieve by sending a surge of 150 volts up my arm. It’s a black wristband in the fashion of Fitbit and other wearables, with a battery that has to be charged for two hours before it’s ready. Once I’ve suped it up, I’m ready to go.

However, I’m disappointed to realize you have to manually hit the lightning bolt on the face of the bracelet in order to get zapped. This ends up becoming the product’s insurmountable flaw. 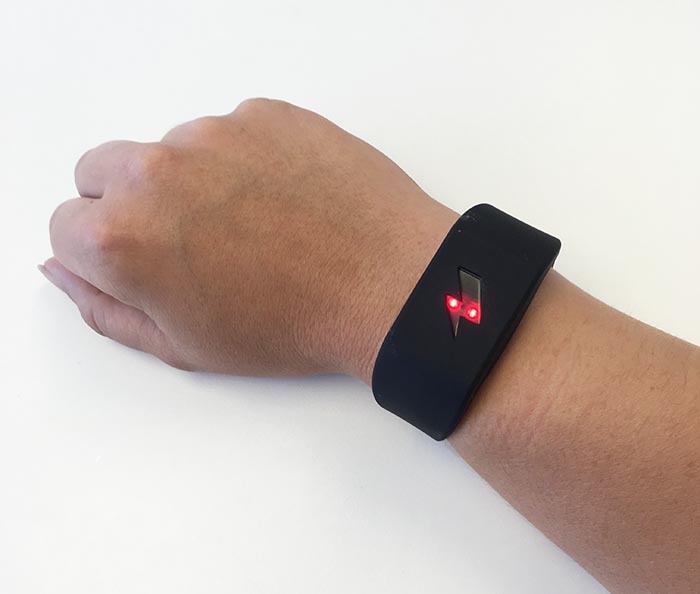 First and foremost, half the time that I’m engaging in a bad habit (slouching, tugging on my hair, fondling my eyebrows), I have no idea that I’m doing it. Trying to zap myself for subconscious behavior is redundant.

Secondly, my other roller deck of bad habits (smoking, drinking, flipping off cab drivers who cut me off, mindlessly snacking) all involve the use of one hand — in most cases, the same hand that I need to hit the “zap” button. The accompanying pamphlet instructs me to repeatedly shock myself while engaging in a bad habit — but when I tried shocking myself while smoking a cigarette, it was far too tricky to be reasonable. The Pavlok can only do one thing: shock you when you press the button. After wearing it for some time, I noticed that it would vibrate ominously of its own accord and occasionally fire off a zap without any stimulation. I’m uncertain whether this is a faulty device, or if this thing is about to malfunction and murder me in my sleep. 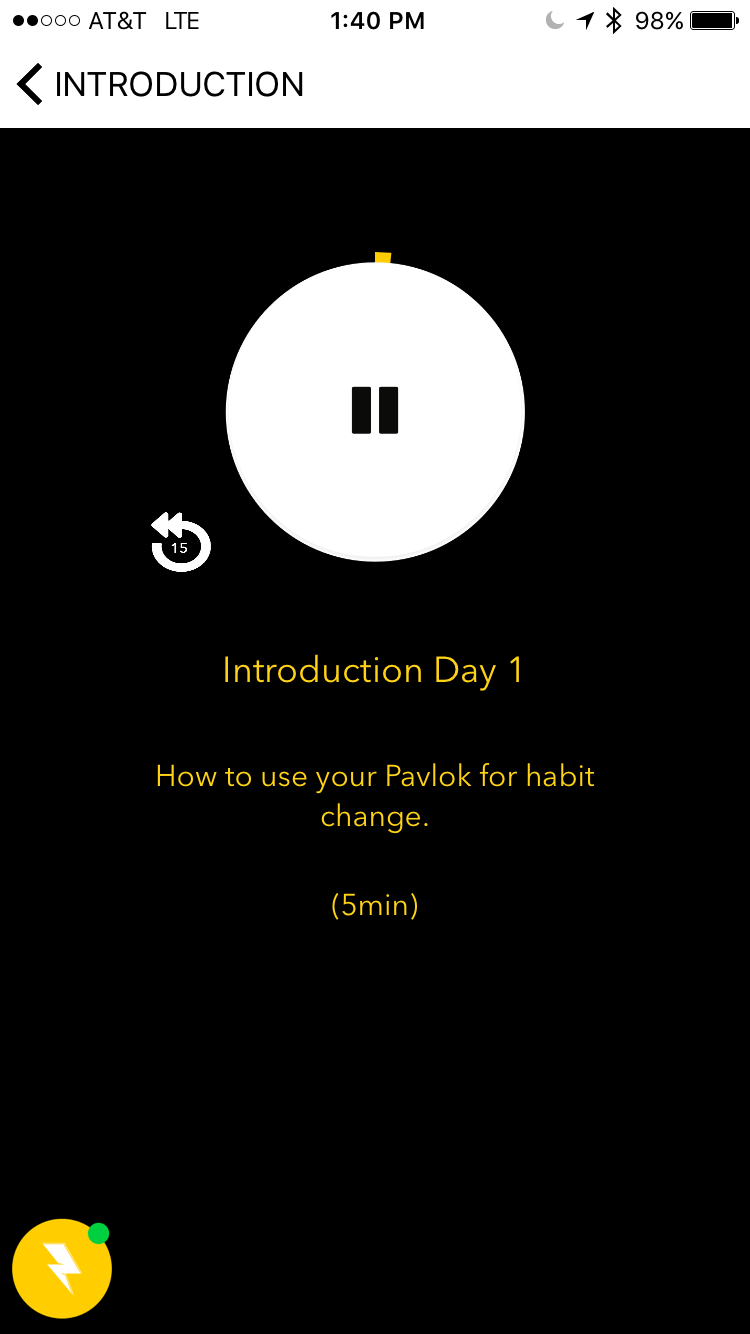 The Pavlok app has a series of audio lectures on how to use it, narrated by the CEO. You have to listen to each episode in full before being allowed to move on to the next lesson. The introductory lesson is a five minute blab fest about how Pavlok was founded (don’t care), how Sithi grew up with ADHD (still don’t care) and — oh my God, he’s still talking. You can’t fast forward, and you are stuck in self-help paralysis until the five minutes is complete. Five minutes isn’t that long, you might think. Somehow it feels much longer. 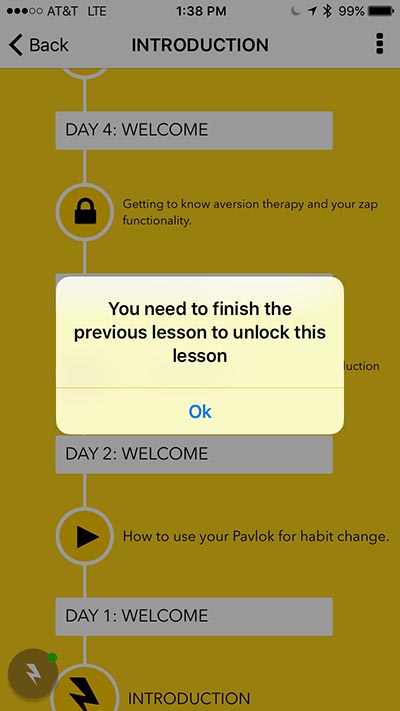 I’m not sure why you have to listen to the history of Pavlok, and the CEO, when you’ve already purchased the product. The production value of this “course” is shockingly bad — you can hear sirens and text notifications going off in the background. Are. You. Kidding?

I endure, and finally get to the first proper lesson. There’s a meditation session. There’s “helpful” advice from Sithi, like “Are you experiencing any smells?” and “I’m experiencing some dryness in my mouth. Wish I had a glass of water.” At this point, I’m still waiting for this dude to talk about the wristband I just paid $200 for. Instead, I get more stuff about breathing. During the “silent” contemplation part of this meditation, I can still hear the squelching of a chair on the other end. More breathing. More traffic honking.

In the last minute of this eight minute session, he talks about the Pavlok. “Think about your thoughts,” he says, “then press the zap button.” I think I’m at the end (finally), and exit out to go to the next session. Apparently, I wasn’t finished with a mere few seconds to go, and I have to listen to the entire episode again before I can move on. WHY? I have a cigarette to combat the Pavlok-induced stress of it all.

Another eight minutes and one cigarette later, I have finally moved on to the actual course. Hallelujah! Chris, a habit hacker at Pavlok, talks me through it. There’s some more hokey BS about “loving your future self” — who is allegedly seated next to me, according to Chris. He tells me about someone who quit smoking with the Pavlok. Now, I have to look at my future self again. My future self quit smoking with Pavlok, says Chris. I have to imagine hugging and shaking the hand of my future self.

Now, my future self is supposed to watch me write down on a piece of paper that I’m definitely going to quit smoking. Chris glosses over the role of the Pavlok until the last minute, when he instructs me to electrocute myself tomorrow morning. K. My future self reaches through the space-time continuum and slaps me in the face for wasting time on this malarky.

Moving around the app, I go into the remote section. Aha! Can I program this thing to go off when my hand moves in front of my face? Whether I’m eating or flipping off other drivers, I’m probably up to no good when I raise my hand. But no, I just press a button on my phone’s screen (as opposed to pressing a button on the device) and get zapped.

I then adjust the settings to amplify the shock intensity to 100%. A rather vague button tells me I’m at 5x, and I press the lightning bolt on the bracelet. Same shock, no difference. 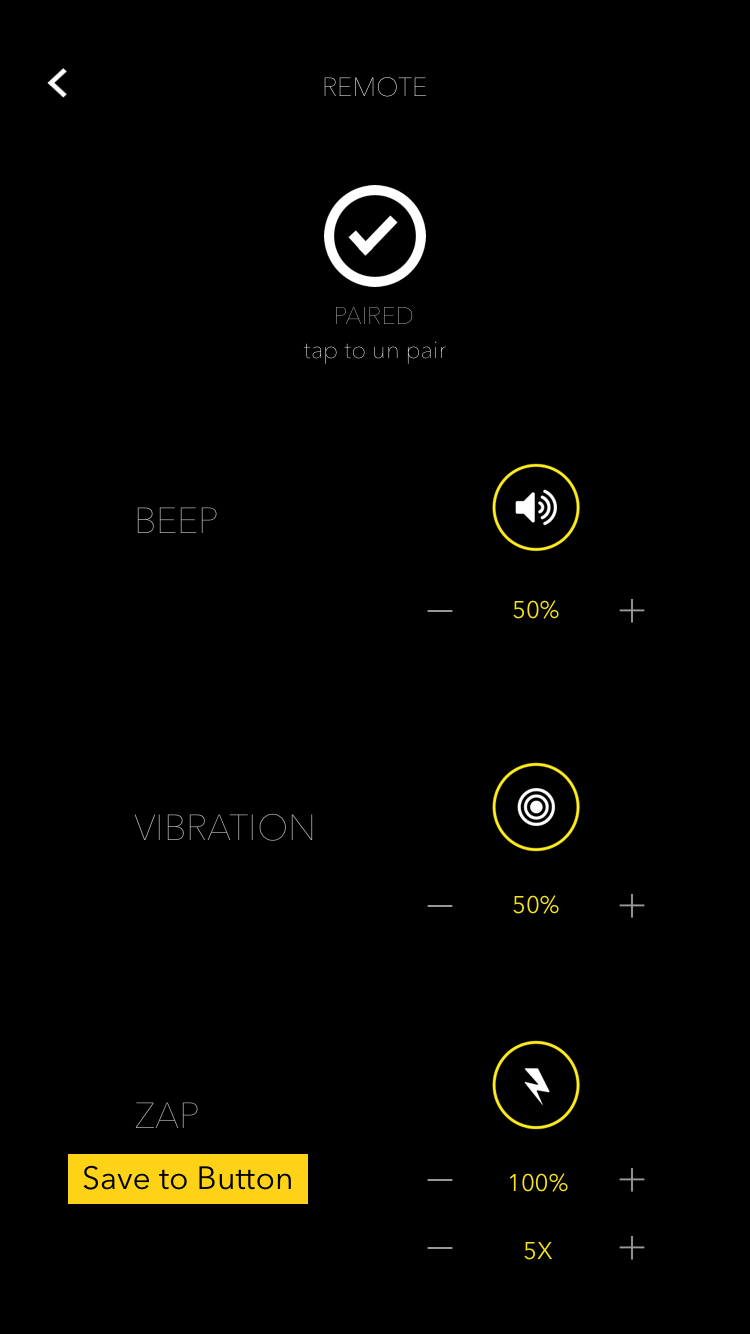 Later, when experimenting with the remote function again on the app, I hit the zap button on my phone. I find myself being electrocuted in rapid succession while I scream expletives and try to wrangle the wretched thing off my arm. Apparently, 5x means it will shock you five times. THANKS FOR THE HEADS UP. I comb through the manual again, and it says nada about this function. This app is rubbish.

I prefer the texture of the bracelet than that of the Fitbit. It’s made out of conductive silicon — but that’s really where the appeal ends. The bracelet suffers from a conspicuous and bulky design, and I’m not sure why something that has one job needs to be larger than the Fitbit Charge HR. 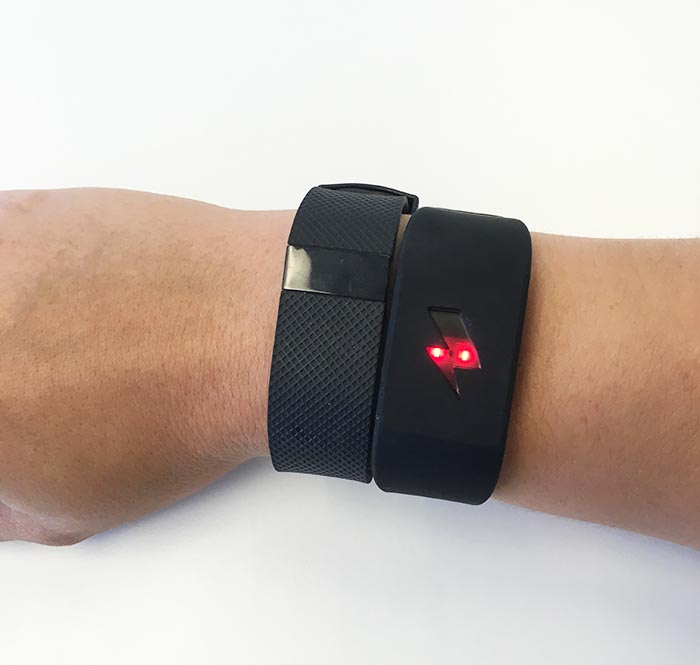 The shocks aren’t exactly pleasant, especially when you accidentally set everything to maximum voltage. But after electrocuting myself several times, I find that I have quickly become accustomed to the voltage — even on the highest setting. My hand still twitches involuntarily after using it, and after attempting the continuous zaps, I feel nauseous for a few hours.

As it turns out, the zaps were more of an annoyance than an actual deterrent. The nausea ended the experiment — at the end of the day, I still need to function. After abandoning the Pavlok, I decide to test it on my editor as a torture device in the Applied Sciences division of WearableZone. Highly effective. Lots of screaming. 10/10. 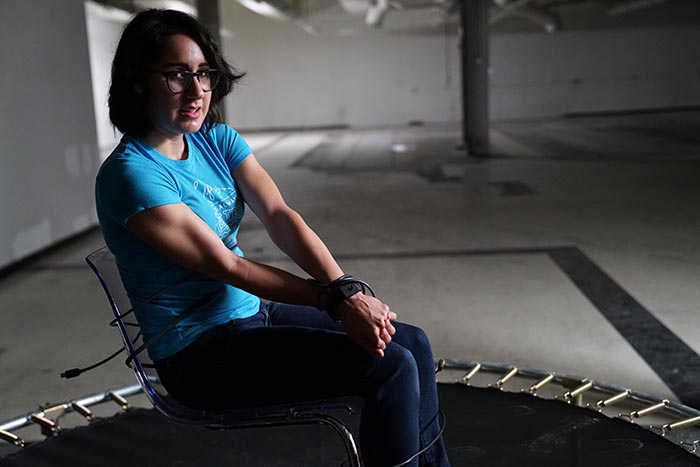 Pavlok is the equivalent of snake oil in the shape of an expensive and useless device. It neither averted my cravings for bad things nor was functional enough to justify the postage fees, let alone the hefty price tag. Unless you're looking to interrogate someone in an abandoned warehouse, I'd give it a miss.