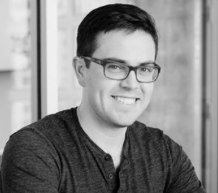 The Withings Activité Steel is a fitness tracker that aims to turn as few heads as possible by disguising itself as a normal-looking watch. Rather than a tiny screen that mirrors your phone’s notifications, the Activité Steel has only a featureless, traditional watch face and a smaller subdial, which tracks the progress of your daily step counts.

If minimalism is your jam, then this may be the smartwatch for you — but the Activité Steel ultimately comes up lacking. 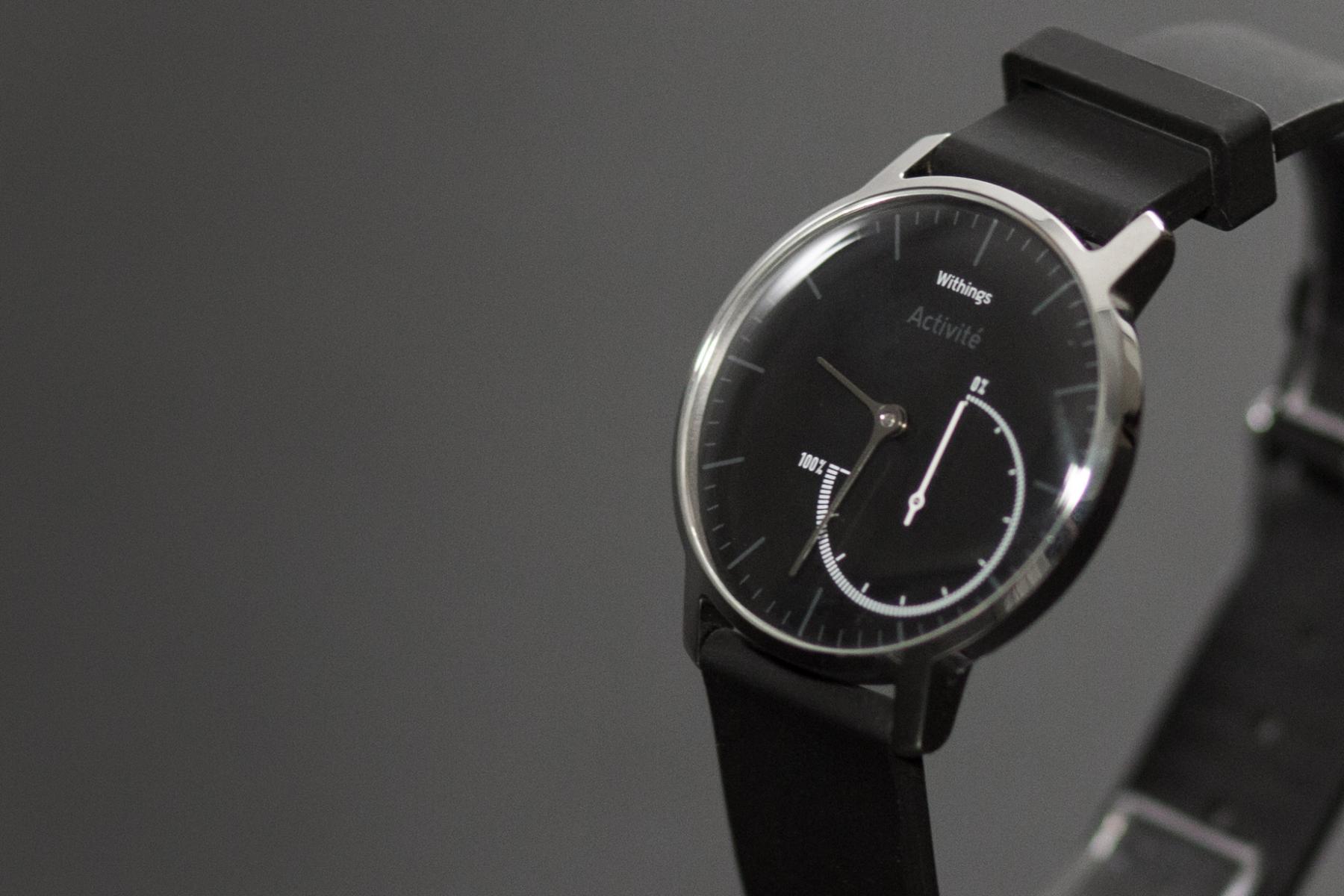 With the exception of step-counting, all the smartwatch fitness metrics tracked by the Activité Steel are only viewable only on your phone. While a watch with fitness tracking features sounds appealing, there are exactly zero things the Activité Steel tracks that the phone can’t already measure. It communicates step counts, exercise duration, and sleep directly to the paired smartphone via Bluetooth, but all these metrics can be tracked on a phone using free apps already.

Mechanically speaking, the Activité Steel is waterproof at depths up to 50 meters and has a vibrating silent alarm. Unlike many other fitness trackers on the market today, the Steel doesn’t have a heart rate monitor. 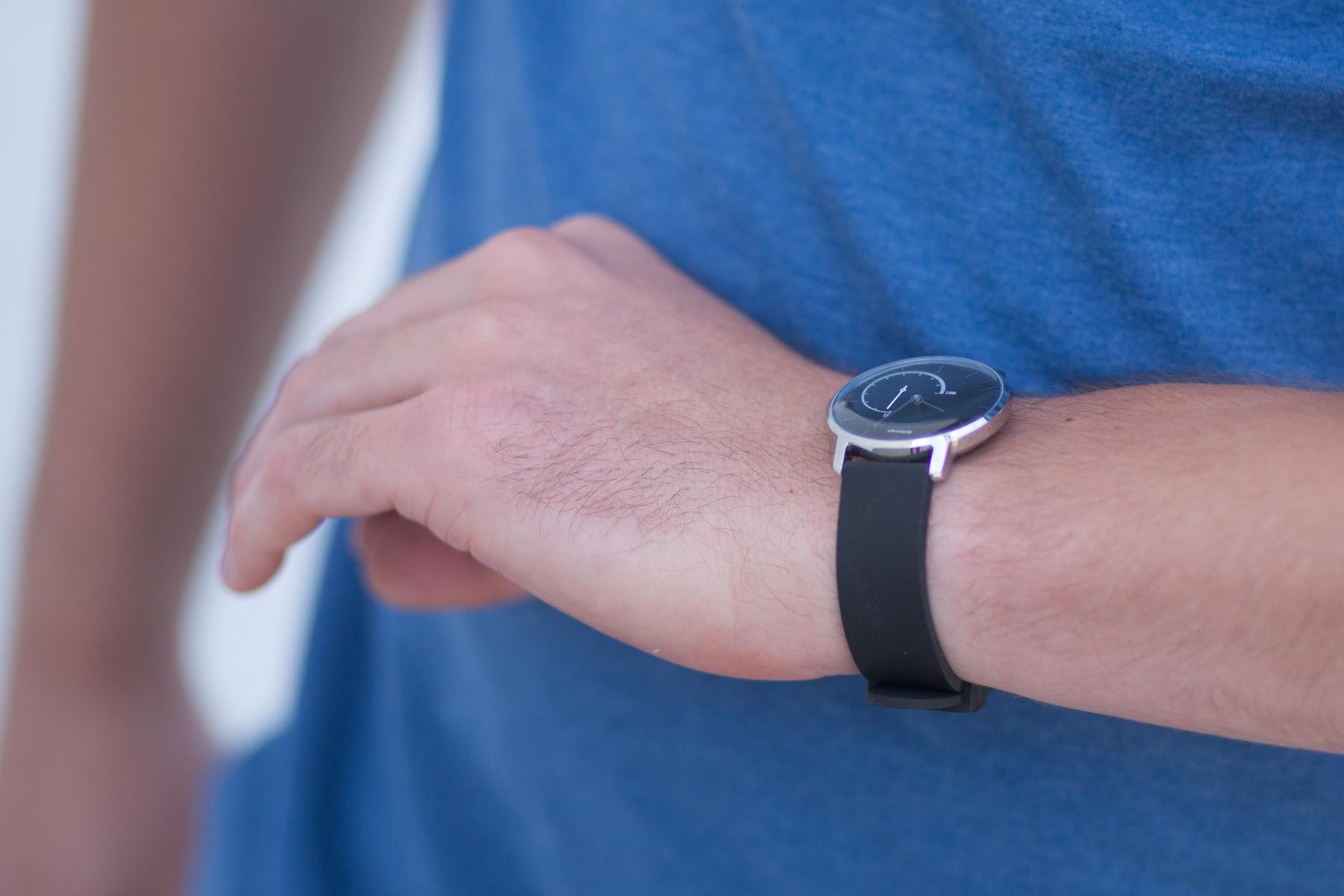 The Activité Steel’s battery doesn’t have to power the bells and whistles of a typical smartwatch, so its battery lasts eight months before needing to be replaced. But even though that negates the need to charge another device, you’ll instead have to make a special trip to pick up a new watch battery.

Compared to other wearables with extremely long battery lives, like the the Cogito Classic or Kronaby Connected, the Activité Steel is among the best. With previous watches I’ve tried, the sleep tracking aspect has seemed somewhat vestigial, given that the most convenient time to charge a watch is overnight — i.e. the only time it can be worn to track sleep. So, a battery that lasts at least eight months long actually puts the Activité Steel ahead of its competition in terms of convenience. 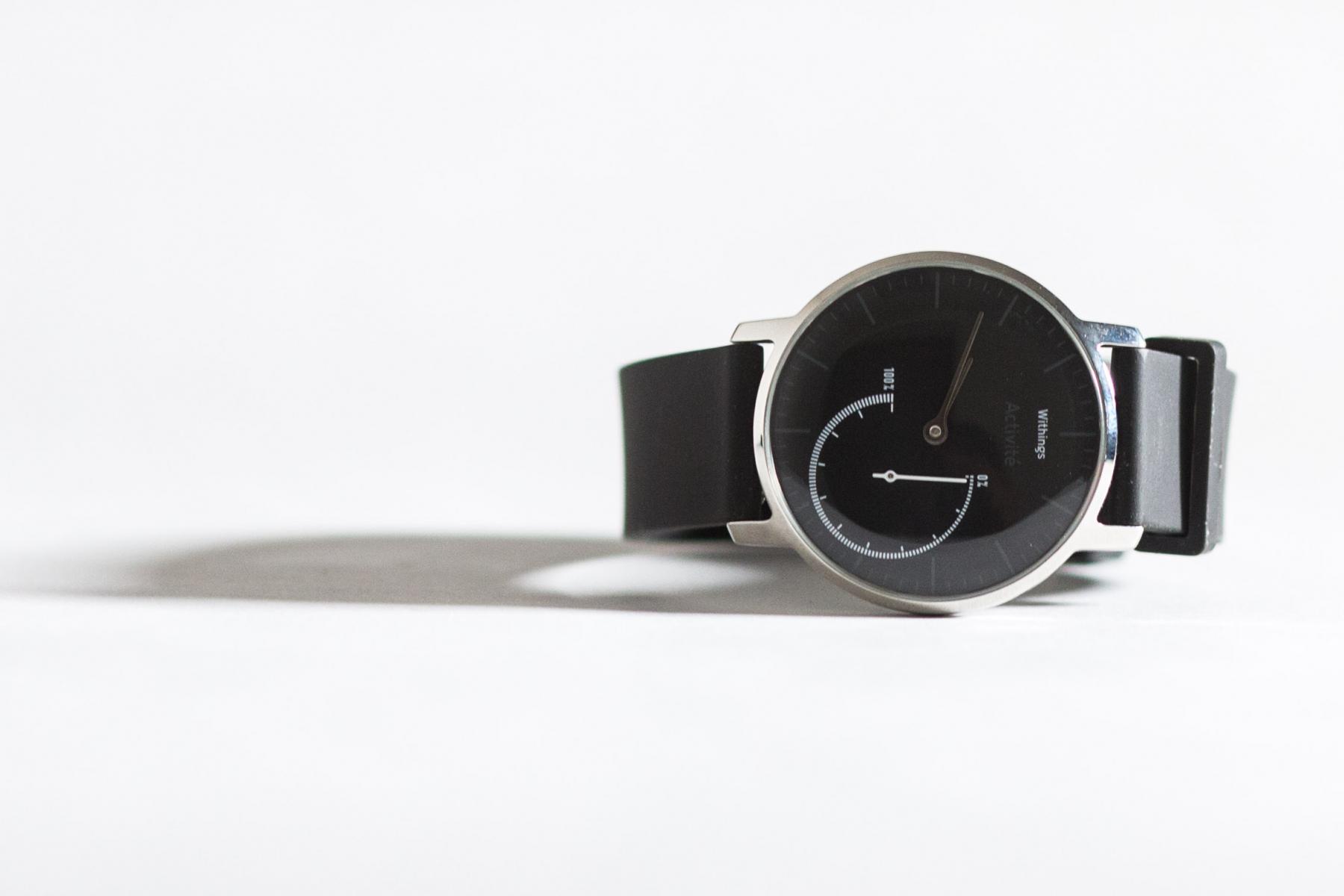 The strap is a standard athletic rubber with a featureless stainless steel case. It lacks any kind of buttons or dials because all adjustments to the watch hands are done automatically whenever it syncs with its paired smartwatch. Tapping the watch face’s glass will induce the hands to quickly move to the time when an alarm has been set to go off, which is sort of cool — but ultimately too gimmicky to regularly use. Why wouldn’t you just look at your phone instead of tapping your watch like a madman?

Withings Activité Steel: Worth It? 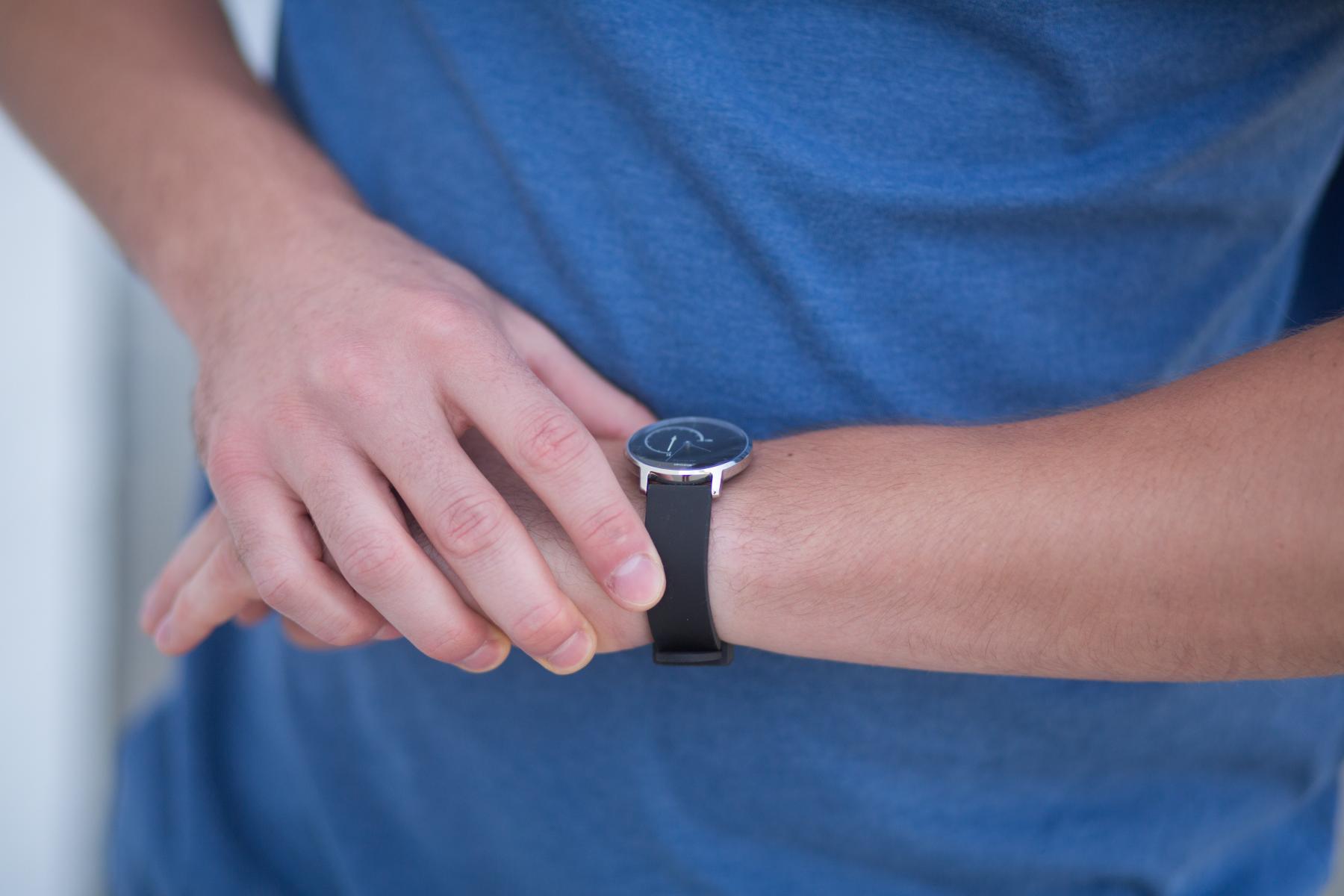 There isn’t anything at all special about this smartwatch. It retails for a little less than $130, but it functions as no more than a fancier-looking Fitbit. If you want a fitness tracker, then the base-model Fitbit Flex costs around half of the Steel’s price. If you want a fashionable watch, then there are plenty of more fully-featured options on the market, like the new Withings Steel HR. Give this hybrid watch a pass.