Oculus is dedicated to supporting people from diverse backgrounds so they can become virtual reality creators. To create a VR community that better represents the world at large, Oculus will spend $10 million dollars toward VR diversity programs. The announcement was made today by Oculus Connect 3 by Ebony Peay Ramirez, Program Manager at Oculus.

“Virtual reality will only succeed if it represents a diverse ecosystem,” Ramirez told the crowd of developers at the San Jose McEnery Convention Center.

The money will be used to support initiatives like Launch Pad, VR for Good, and “supporting new voices." Launch Pad is a program designed to help promising VR content creators from diverse backgrounds take their ideas and bring them to the market. An announcement encouraged “women, people of color, members of the LGBTQ community, and anyone who is willing to share how their perspective adds to the ‘diversity of thought’ in our community” to apply.

VR for Good is a program that empowers high school students to tell their stories using virtual reality tools.

Starship Disco, a “music-driven VR rhythm shooter with user music imports,” is one of the VR games that was made from this program. 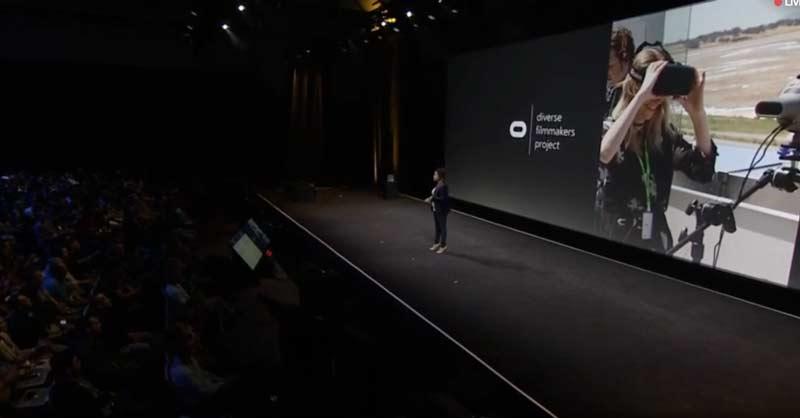 Notably, this announcement comes just weeks after Launch Pad fellows questioned their involvement with the program after a political clash with Oculus founder Palmer Luckey. After it was discovered that Luckey donated money to a pro-Trump nonprofit group, many expressed shock and dismay. “A number of people are creating documentaries to address social issues, and they are questioning whether Oculus is the right platform,” said one Launch Pad fellow.

At the announcement today, Ramirez stressed that establishing a diverse group of creators is important while virtual reality is still in its relative infancy. “These are the early days,” she said “and we have the opportunity to get this right.”

These are the early days, and we have the opportunity to get this right.