This 360 Body Camera Could Revolutionize Police Departments In The US

We’re going to talk about police violence for a second. I know: it’s a tricky, fragmented, and complex topic, but it’s easier to approach with hard numbers. According to the ACLU, police killed six people in Australia, two in England, and six in Germany in 2011. According to an FBI count of voluntarily submitted data, police killed 404 people in the United States in that same year. Collated local news reports place that figure closer to 1,000.

We have a problem.

As part of President Obama’s proposal to invest $75 million to purchase body cameras for law enforcement agencies, the US Department of Justice announced in May 2015 that it would provide $20 million in grants to help agencies purchase and learn to use body cameras. Preliminary data suggests promising benefits to always-on officer surveillance: in San Diego, a 2015 report showed that body cameras helped reduce “personal body” force among officers by 46.5%.

But, as with all new technologies, barriers to adoption are rampant. In a 2015 survey jointly conducted by the US Department of Homeland Security’s Office of Emergency Communications and the Major Cities Chiefs and Major County Sheriffs Associations, the data indicated that “many local agencies are moving forward with implementation” of police body cameras, despite alarming technology gaps like “a lack of data storage capacity, inadequate network or bandwidth capacity, and inadequate wireless capacity.” According to the survey, nearly 70% of respondents “recognized a need to expand and improve their IT structure.”

At CES, buried at the end of a news conference by VOXX International, two products were introduced that could change the game for police body cameras — and solve the problems facing departments today.

Available in spring 2017, the 360-LP is a 4K HD camera that leaves most action cameras in the dust.

“The technology can be used for many different things,” said Tom Malone, President of VOXX Advanced Solutions. The 360-LP, which has a low-profile and curved design, can be mounted on a helmet, dashboard, or body. It features stitchless 360° video (2880x2880), a built-in sensor to geotag locations, and a speed and altitude overlay — features that suggest it would do well as a typical action camera.

But one key feature sets this camera apart: it can start recording in response to specific triggers.

In a report on police body-mounted cameras, the ACLU pointed out the rampant privacy concerns that are inherent with a device that is always recording. “The balance that needs to be struck is to ensure that officers don’t manipulate the video record, while also placing reasonable limits on recording in order to protect privacy,” the report states. It goes on to offer a possible solution — an effective automated trigger, which “could be developed that would allow for minimization of recording while capturing any fraught encounters — based, for example, on detection of raised voices, types of movement, etc.”

The 360-LP suggests the beginning of that trigger-based development for in the body camera space. The camera can be set to start recording based on motion triggered by the built-in accelerometer, motion within the field of view, and audio. And when the camera is triggered by those functions, it also captures a customizable period of pre and post recording.

A 360° body camera also provides an unexpected benefit: departments can see more than just what lies in an officer’s line of sight. In a demonstration video, an officer wearing a 360-LP walks toward a store. As the video begins, the camera pans up to the officer’s face. “Why is that important? You can see his expression,” Malone said. “You can see his hand coming up. You can see his feet movement. And you have perspective left and right which you cannot get with other standard 120°, 140°, 160° cameras. So the application in law enforcement is tremendous.”

VOXX also announced its first live streaming body camera line, called ACCU.C. The line, which will launch in spring 2017, will feature the ACCU.C 4G, ACCU.C WiFi, and ACCU.C 360. Optimized for the Verizon network, the ACCU.C 4G records high-definition video with a viewing angle up to 120°, and it features GPS tagging.

To demonstrate the ACCU.C 4G’s law enforcement applications, Malone played a video that detailed police officers in the middle of a crowd. “It’s an accident, an altercation with someone,” he said. “What we’re depicting here is that probably 90% of the bystanders have connected wireless devices. And they’re streaming content, capturing, editing to the way that they want it edited. The only guy who doesn’t have it is that guy right there,” Malone said, gesturing to the officer.

Related: 7 Of The Best Helmet Camera Models On Amazon

“Picture headquarters now getting a real site assessment from the policeman’s camera, the camera looking at everything he’s seeing,” he said. “They can turn on other cameras that other policemen are wearing, making visual site assessments. They can deploy more people.”

Of course, this brings us back to the technological issues raised by the Major Cities Chiefs and Major County Sheriffs survey. It’s one thing to have access to 360° video and livestreaming content — but where will it be stored, and how can that data remain secure? 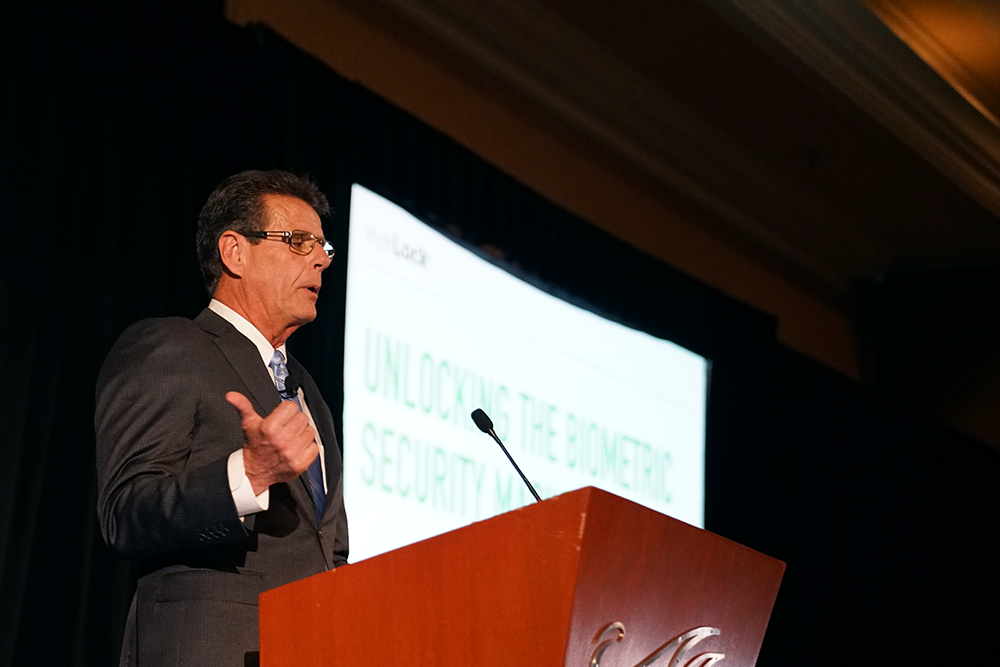 Fortunately, VOXX offers an end-to-end solution in the form of BlueWitness, data management software that is designed to work with ACCU.C. The dashboard provides the ability to store, search, and review footage, observe live situations and respond in real time, and provide users with customized data retention profiles. The software is Criminal Justice Information Services compliant, and it features digital fingerprinting to ensure tamper-proof evidence.

In a word: it’s secure, thereby addressing security concerns raised by police chiefs and lessening the IT pressures within departments that have to create their own servers.

While preliminary numbers paint the picture of a safer, more secure relationship between the public and law enforcement, we’re still early in the adoption phase of body camera technology. In the meantime, though, the 360-LP camera and ACCU.C line offer a strong solution for the problems that directly concern our personal safety.

“We feel these are all relevant, timely, exciting new products going into categories that have tremendous growth,” Malone said. “We feel we have some cutting-edge technology.”

The 360-LP and ACCU.C 4G are two powerful body cameras with huge applications in law enforcement.