Ditto Helps You Ditch Your Phone And Stay Connected

Smartphones can be both a blessing and a curse. Having nearly unlimited access to friends and family through calls, texts, emails, and social media can be an amazing thing. But sometimes it’s nice to drop off the grid without fear of missing something important.

Enter Ditto: a tiny wearable that works with your smartphone, allowing you to disconnect and receive only the notifications you care about the most.

While smartphones and gadgets are forever being called upon to do more, Ditto stands apart by doing less. The pebble-like device creates an experience of digital minimalism with no screens, lights, or alarms. It doesn’t even have a charging cable.

Ditto’s applications go beyond calls and texts. Simple Matters, a Santa Monica-based technology company and the creator of Ditto, recently announced a major upgrade to its mobile application, making it compatible with more than 60 of today’s most popular apps.

“People just don’t need another screen to look at,” said Marc Guren, the CEO and co-founder of Simple Matters. “With Ditto, users can feel their phone from more than 50 feet away and tell what type of message is incoming, or even who is calling, without having to look at the phone.”

The idea for Ditto came about while Guren was working on another project and found it difficult to get in touch with his wife.

His calls and texts would often go unanswered as she would toss her phone in her purse and couldn’t hear it ring. Other times, she would leave her phone behind at the office.

Guren saw a void that Simple Matters could fill: creating a product that would allow people to stay connected, while still being able to unplug.

“While a significant help, smartphones sometimes interfere and take away from their users being present to what’s in front of them or the task at hand,” he said. “Given the importance — and cost — of our smartphones, we also recognized that it was crucial not to forget or lose them.”

Ditto is a personal device in terms of both user experience and discretion, and it offers a simple, elegant solution for anyone who doesn’t want to miss important calls, texts, or other phone notifications. 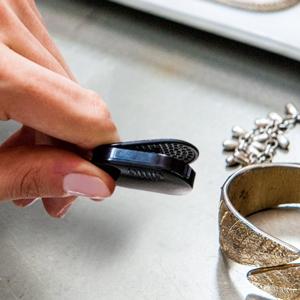 Rated one of 2016’s best new gadgets by CES, the waterproof device works in conjunction with a smartphone app. You specify the notifications you’d like to receive in the app, and Ditto responds by vibrating when you receive those alerts.

It can be slipped into the tiniest jean pocket, clipped on a shirt collar, or worn on an arm band. Since it has no lights or alarms, users can receive notifications without interrupting an event or drawing attention to themselves.

Customizing and distinguishing between notifications is simple with Ditto’s seven distinct vibration patterns. In addition to receiving alerts from a smartphone, it can also function as a silent alarm, vibrating for a number of cycles without disturbing a partner.

Ditto also helps those who are prone to losing their phones by alerting the user when they move too far away from it. Depending on location, Ditto’s range is anywhere from 25 to 100 feet. If you leave your phone on your desk at work, you’ll know by the time you get to your car.

It’s a great product for anyone who has trouble hearing their phone or wants to leave their phone behind without missing out on calls, texts, or app notifications, he said. 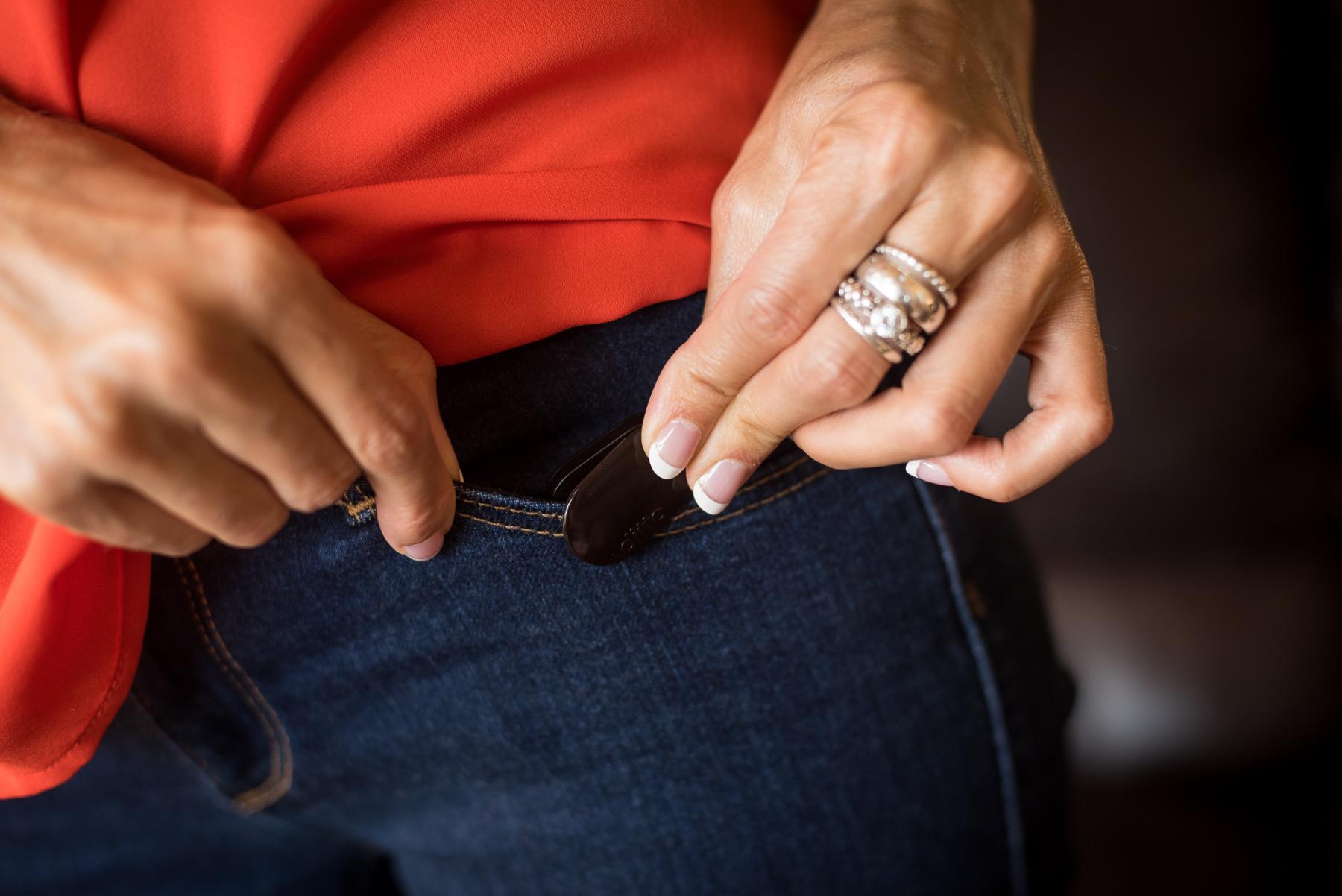 As Simple Matters worked to refine Ditto, crowdfunding the product on Kickstarter served an important role in gathering feedback and helpful suggestions before and after the product’s release.

After Ditto hit the market, Simple Matters noticed it was getting many positive reviews from people who are deaf and hard of hearing. While Guren had anticipated the product would work well for those who have trouble hearing their phones, he said it was rewarding to learn the ways Ditto can change and improve lives.

Contributions to this article were made by Rebecca Paredes.

“People just don’t need another screen to look at.”