What Happens When Android Wear Watches Pair With iPhones? 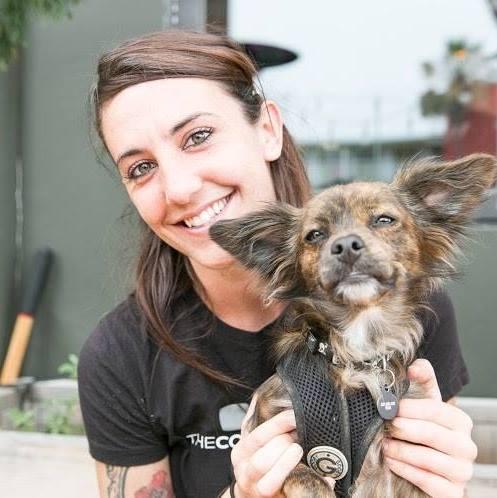 Well folks, the battle between Android vs. iOS got a lot more complicated when Google announced last September that their line of Android Wear watches would be compatible with iPhones. The newly compatible line of Android smartwatches was supposed to enable consumers to have the best of both worlds, giving them the option to pair the best smartphone with the best smartwatch to be the ultimate supreme smart techie hipster god.

So now that it's been a little over seven months after the merge, let's check in and see how this experiment actually panned out. Were people falling to their knees in gratitude, screaming up at the sky, "FINALLY MY LIFE IS COMPLETE!"? Er, no, not really.

Which Androids Work With iPhone?

There are several iOS-compatible smartwatches on the market, including Google's line of Android Wear. Here's a complete list of Apple watch alternatives that you can use with your iPhone.

Users must have an iPhone 5, 5c, 5s, 6, or 6 Plus running at least iOS 8.2. Currently, integration is only available with iPhones. The Android Wear app that allows users to connect their iPhone to an Android smartwatch is compatible with iPhone, iPad, and iPod touch.

We should also give the disclaimer that when we say "work," we're using that term loosely here. Based on user reviews from the iTunes store, integrating Android products with Apple's operating system didn't go as smoothly as everyone hoped it would. Here's what they have to say . . .

When it was first announced that Google's line of Android Wear watches would now support Apple's iPhone iOS, analysts warned people to "temper their expectations." It was immediately reported that pairing an Android watch with the iPhone limited what you could do in comparison to using a smartphone and smartwatch of the same brand. There were no third-party apps or WiFi support available.

Google released an Android Wear app that lets users connect their iPhones to an Android Watch. Currently, Android Wear has a rating of two stars in the iTunes app store. Common complaints in the reviews revolve around the lack of support for third party notifications, like Facebook Messenger.

Other issues include the following:

What's the deal with the lack of apps? Well, since Apple doesn't allow competing app stores on the iPhone, users can't access the Android apps that they would normally be able to use with their smartwatch. This means that they're limited to only using the apps that come pre-installed into the smartwatch — the basic Google apps. So, users can't take advantage of any of the cool Android app extensions that can greatly enhance the functionality of their smartphone. And even though you're supposed to get all the same push notifications you'd get on your iPhone on your smartwatch, many users complain that the notifications they actually receive are spotty at best.

Another big problem for people is that while the smartwatch will track your activity and display fitness metrics on Google Fit, you can only access them on the smartwatch — they don't sync to your iPhone and can't be transferred to an Apple fitness app like Apple Health.

Another major gripe is that even though you get message notifications on your smartphone, you can't respond to them through the Android interface.

It turns out that instead of delivering on the "best of both worlds" promise, the iOS-compatible Android watches were actually a weaker version of both iOS and Android since consumers couldn't access the full functionality of either one when trying to force them to work together.

And really, is anyone surprised by this? When have two rivals ever played nicely together? Did Muhammad Ali and Joe Frazier combine together into one mega-boxer? No! They beat the crap out of each other. Apple and Google are the alphas of the tech industry. Hacking them together into one thing like a mad scientist goes against the forces of nature — plus, it's just plain wrong!

Just because two things are great on their own doesn't mean that combining them gives you something even more awesome. For instance, I like hot fudge sundaes. I also like bungee jumping. But does that mean it's a good idea to eat a hot fudge sundae while jumping off a cliff? NOPE. You’d end up crashing into rocks covered in blood, ice cream, and your own tears.

Maybe we need to stop trying to squeeze the maximum amount of pleasure and efficiency out of every experience, and just enjoy things as they were meant to be enjoyed. We're so used to being told that we can have it our way that we forget there are pesky obstacles, like logic and reason, which get in the way of our good time.

How To Get Your Android To Work With An iPhone

While the general consensus from most users seems to be "just give up and use the same brand for each product," some diehards will still try to make this unholy marriage work. Fortunately, Wearable claims that they've found the secret to successfully pairing an Android smartwatch with an iPhone, AND IT ACTUALLY WORKS! Here's what they say to do:

"The key is having the latest version of the Android Wear firmware (currently that's version 1.3.0.2166028) and then hard resetting your smartwatch before attempting to pair with an iOS handset. To make sure your Wear software is up to date, simply go to Settings > About > System updates."

Until these companies can really deliver on the promise of bringing users the best features of both brands, maybe it's best that Apple and Android users remain in their separate corners for now, . It does raise an interesting question about the future of the tech industry as a whole. Will it remain fragmented, with the apps and features available to us completely dependent on the brand we choose? Or are we moving towards a more homogenous landscape where eventually there will just be one app store full of apps that will work on any smart device, regardless of the brand or platform?

One can only dream . . . What do you think of the attempt to make Android devices compatible with IOS? Is it a step in the right direction, or should tech brands remain siloed with consumers being forced to pick a side? Let us know what you think in the comments!