You know what’s better than hearing a shocking rumor? For that rumor to actually be true.

At today’s Apple event, Apple announced that it has banished the headphone jack for its new iPhone 7 and iPhone 7 Plus in order to maintain a smooth, seamless edge around the smartphone models.

This latest move contributes to Apple’s history of raising controversy by eliminating common components. In 1998, they raised ire by getting rid of the floppy-disc drive for the iMac (this was before USB drives made transferring large files easy). A review by the Wall Street Journal at the time called it a “glaring design mistake.” But now, history favors Apple as a pioneer in phasing out floppy discs.

They did again with the new iMacs earlier this decade when they ditched the optical drive. During that time, worldwide marketing head Phil Schiller explained why Apple appears so quick to ditch seemingly-essential technology.

"These old technologies are holding us back. They’re anchors on where we want to go. We find the things that have outlived their useful purpose. Our competitors are afraid to remove them. We try to find better solutions — our customers have given us a lot of trust."

What will iPhone 7 users use instead of the 3.5mm audio jack to listen to podcasts and music? 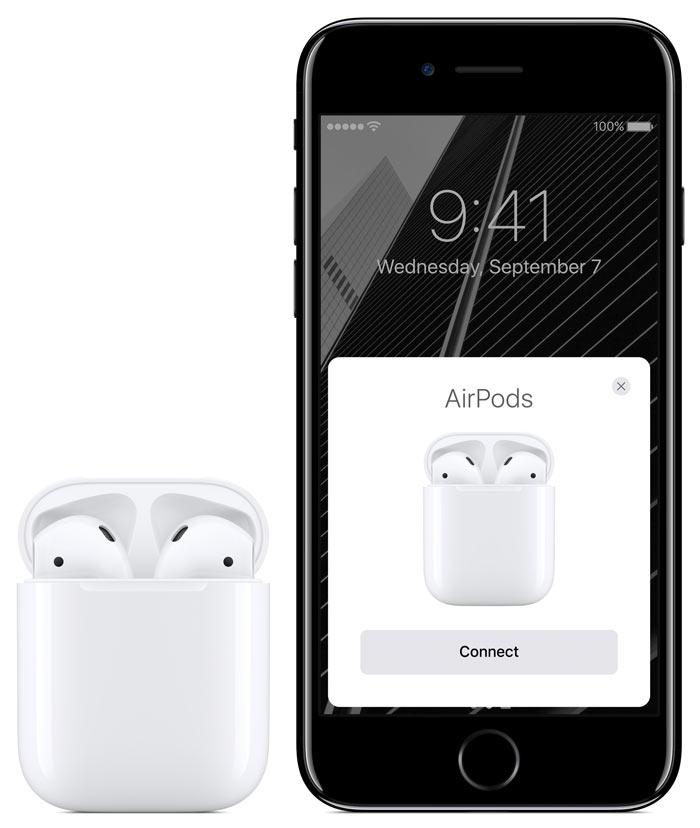 The AirPods appeared to be impressively feature rich. They include dual optical sensors, a wireless chip, accelerometers, a five-hour battery life, antenna, and a microphone. The microphone filters out background noise. They charge whenever you store them in their carrying case via the Lighting cable.

However, some people are already seeing design flaws with the tiny, wireless, and pricey devices.

Crap. Lost my AirPods before I got em.

The Lightning EarPods will come packaged with iPhone 7 models. If you want the wireless AirPods, you’ll have to shell out an additional $159. They're expected to be avilable in October.