At CES on Friday, Under Armour CEO Kevin Plank hinted at the role wearable technology will play in Major League Baseball. And as sensors begin to help improve our top sluggers and outfielders, that relationship could revolutionize the way elite athletes think about America’s pastime — and sports in general.

Last month, Under Armour announced its partnership as the official outfitter of the MLB. “Beginning in 2020, we will become the exclusive provider of all official on-field apparel and footwear in all 30 Major League Baseball clubs,” Plank said. 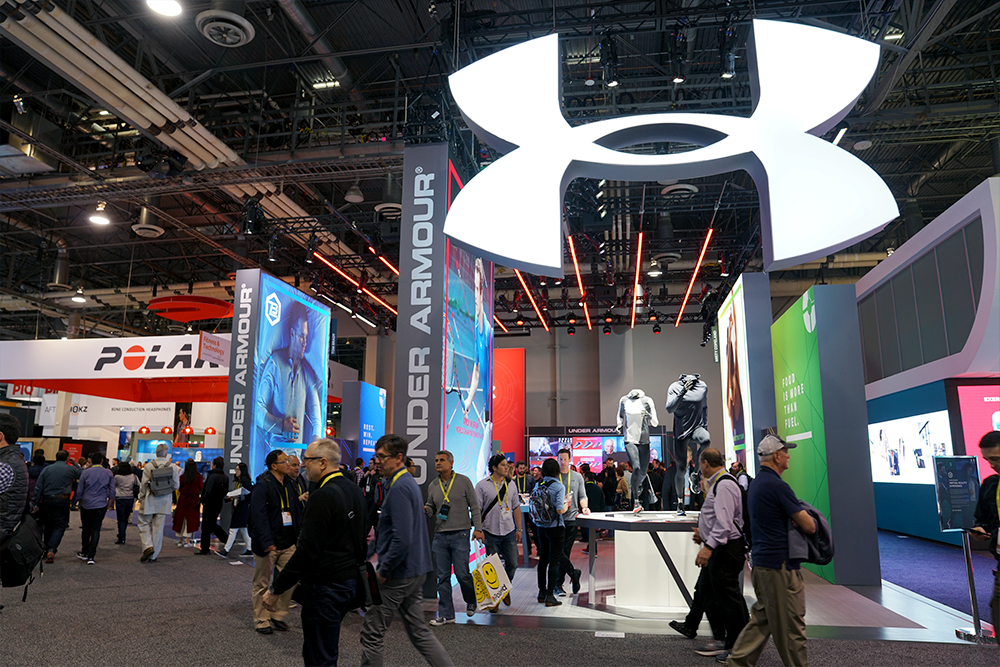 “In addition to those innovative on-field uniforms, we’ll be offering things around our exclusive connected fitness offerings to MLB teams. Think wearables and embeddables at a level you’ve never seen at a professional sports level before,” Plank explained. “Giving MLB players better data about themselves, as well as giving fans deeper access to information about players and about their health and about how they’re performing.”

The new Under Armour training shoes, the UA SpeedForm line, provide a glimpse of what the company’s MLB partnership could look like in 2020. The smart shoes, equipped with UA Record, provide users with tools to understand recovery and maximize performance. They pair with Under Armour’s mobile app, MapMyRun, to automatically track detailed running metrics and provide insights into muscular fatigue. 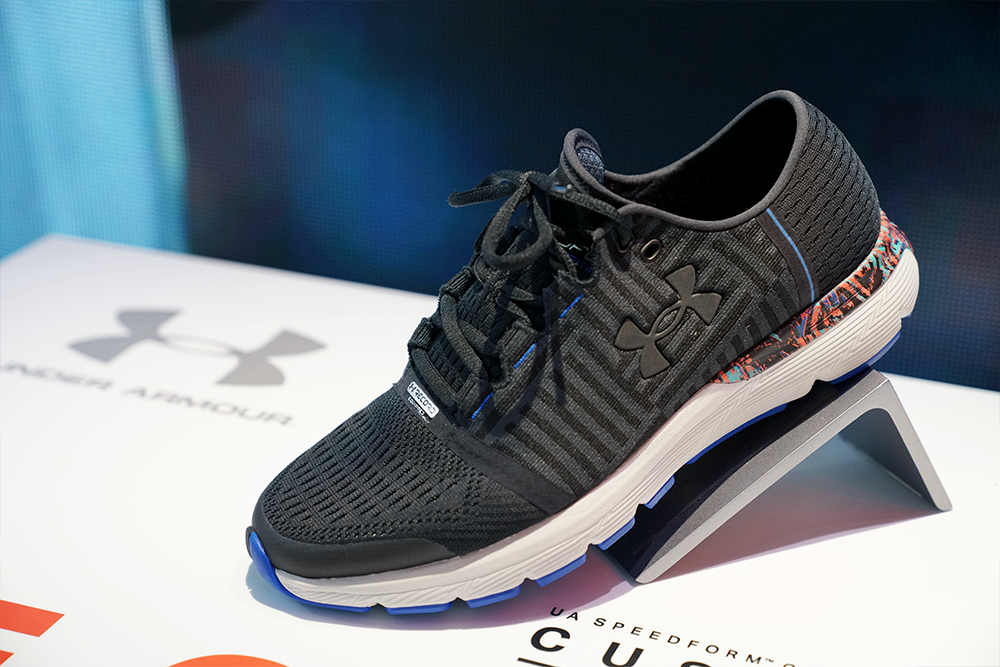 In February, MapMyRun will feature the Jump Test, which UA Record-equipped shoes will use to determine an athlete’s recovery status and recommended workout intensity. These shoes are intended to help athletes become smarter about their bodies, their performance, and their recovery, using real-time data to guide training.

And for elite athletes, that insight can mean the difference between an overwhelming win and a crushing loss.

The Future Of Baseball Metrics And Wearables

Statistics and baseball go hand-in-hand, but Plank’s comments at CES suggest a deeper relationship among data, athletes, and fans. If MLB players are running the bases in cleats embedded with Under Armour’s technology, coaching staff and athletes will have access to new insights on data like pitcher stress, fatigue, and heart rate — and, according to Plank, fans might want to view that data, too. 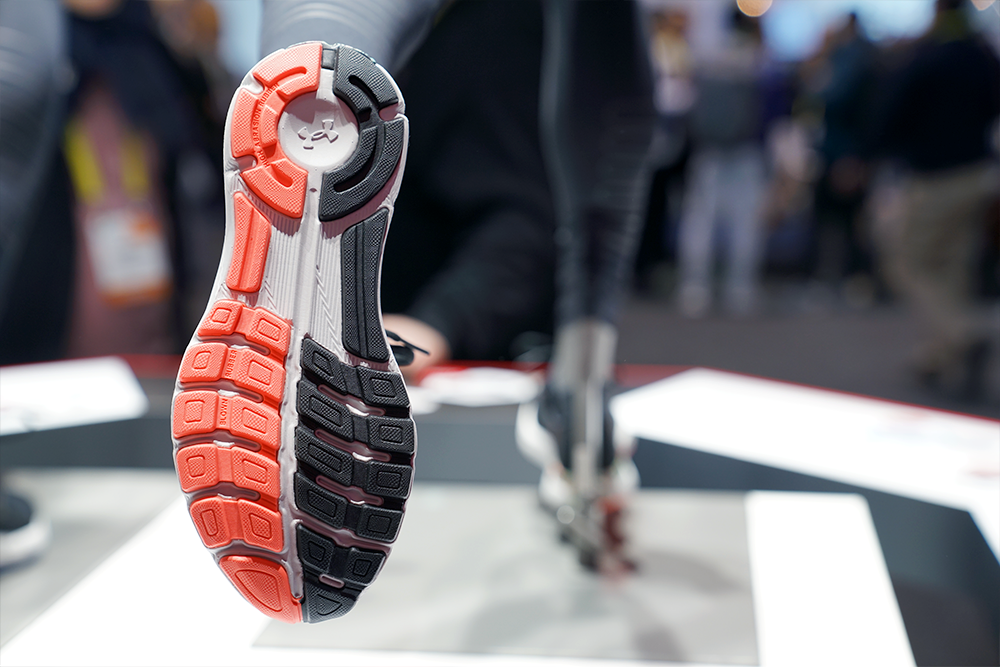 Plank stated that a future vision of Under Armour’s technology could give fans information about player performance, which is a data point that has yet to be seen in the real world. Would fans even want to know if their favorite pitcher should have slept an extra hour?

A similar idea was tested with Big Knockout Boxing, a combat sport brand owned by DirecTV, which uses a small sensor embedded in fighter’s gloves to provide viewers with statistics about punch power and speed. But since BKB hasn’t had a major promotion since 2015, it’s possible that viewers just aren’t ready for detailed metrics just yet — or maybe they don’t care.

Related: Why Sports Technology And MMA Belong Together

Those that do care, though, are the athletes and their support staff. That idea was echoed by Mounir Zok, Director of Technology and Innovation for the US Olympic Committee. In an interview in October, Zok shared that US Olympic teams use technology to reach the 1% competitive edge. “Oftentimes, the 1% is the difference between a gold medal and a silver medal — or, more harshly, a medal and no medal at all,” he said. 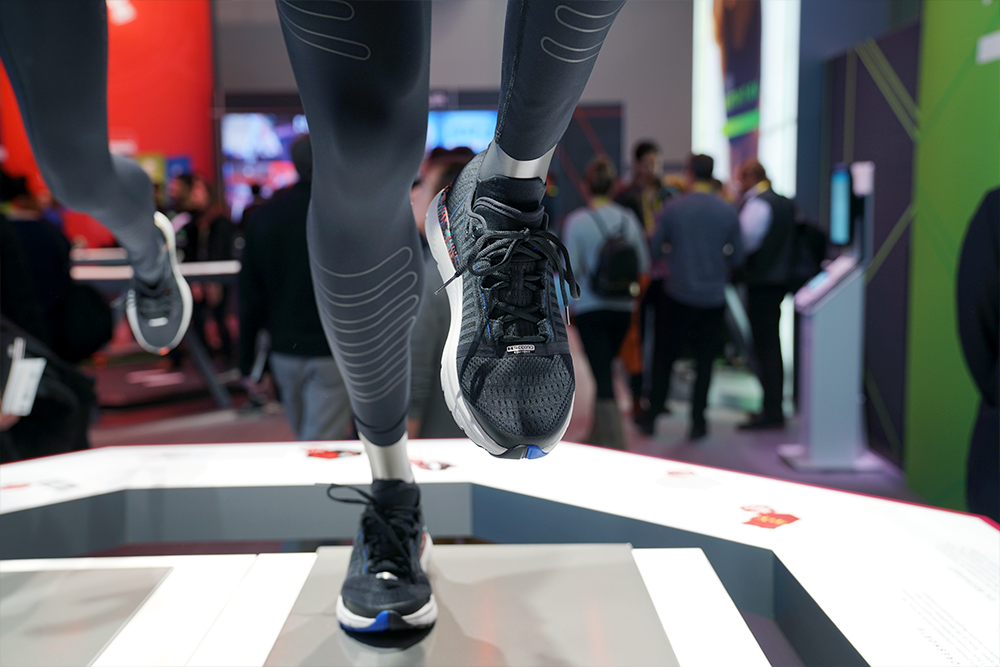 Under Armour’s MLB partnership plays a vital role in taking wearable technology mainstream. Their recently released footwear makes clear that embedded wearables aren’t a novelty any more— they are essential equipment for athletes. Soon, we may see similar technology in jerseys, swimsuits, and boxing gloves. Until then, Plank reaffirmed his company’s mission to create products that solve problems, improve performance, and make people’s lives better.

“That is a critical component of everything we do,” Plank said. “It better be special.”

“Think wearables and embeddables at a level you’ve never seen at a professional sports level before.”