So, you know a special someone who’s been dropping hints that they want a smartwatch. But they’re also dropping equally big hints that they’d rather not get an Apple Watch Series 2. What is a thoughtful gift giver to do?

The clear answer is to snag them a watch that runs on Google’s Android Wear platform. The once second-tier OS has matured, offering more available apps and sophisticated features.

But with so many Android Wear watches to choose from, which one do you get? To help you choose, we sorted through the best smartwatches on the market the find the best ones. It doesn’t matter who your Secret Santa is: there’s a perfect smartwatch for just about every taste.

1) For The Budget-Minded: Sony Smartwatch 3 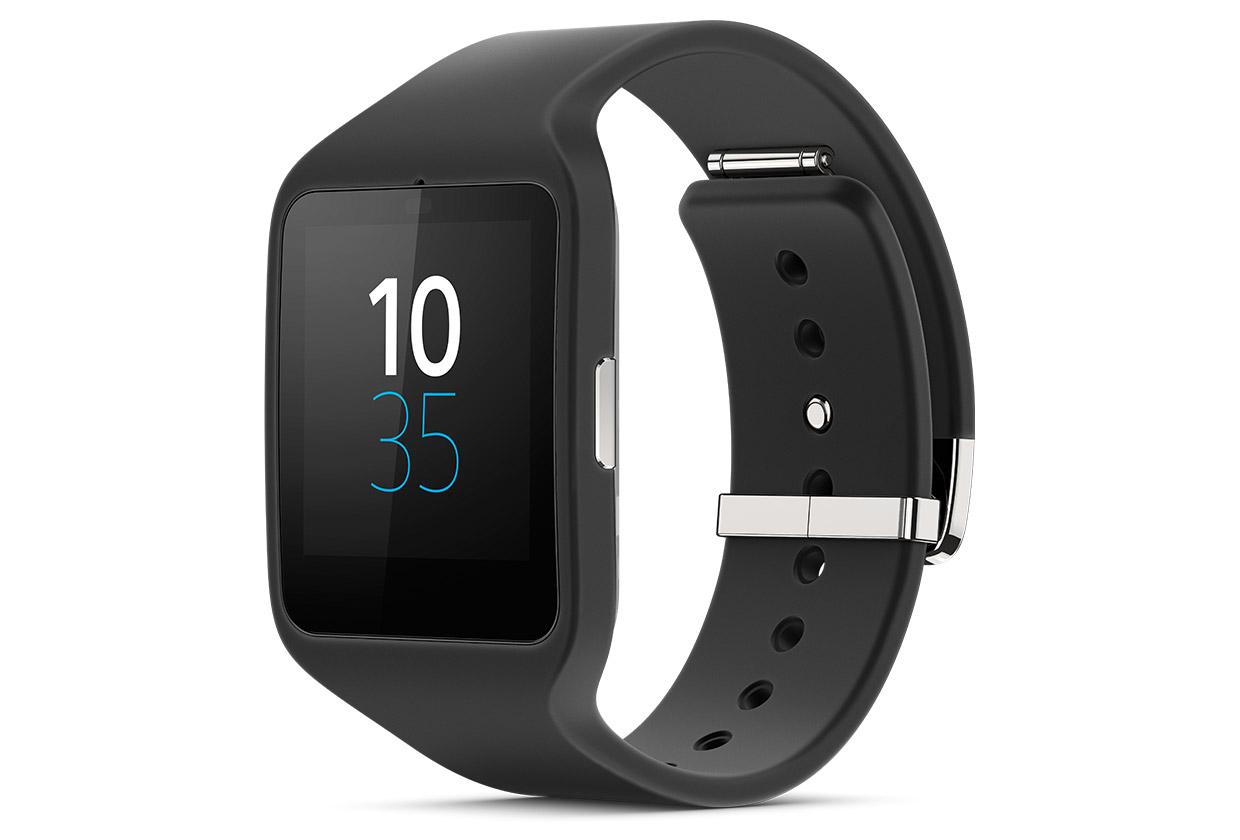 If you want to fulfill someone’s smartwatch dreams while working with a tight holiday budget, then take a look at the Sony Smartwatch 2. The unassuming design works for anyone who doesn’t want their smartwatch to be a flashy fashion statement.

Don’t expect to be blown away by the watch’s processing power or screen brightness, and it doesn’t have a heart rate monitor. But it does include most of the bells and whistles you’d expect of a watch twice its price, including a GPS sensor, NFC connectivity, and WiFi Connectivity. 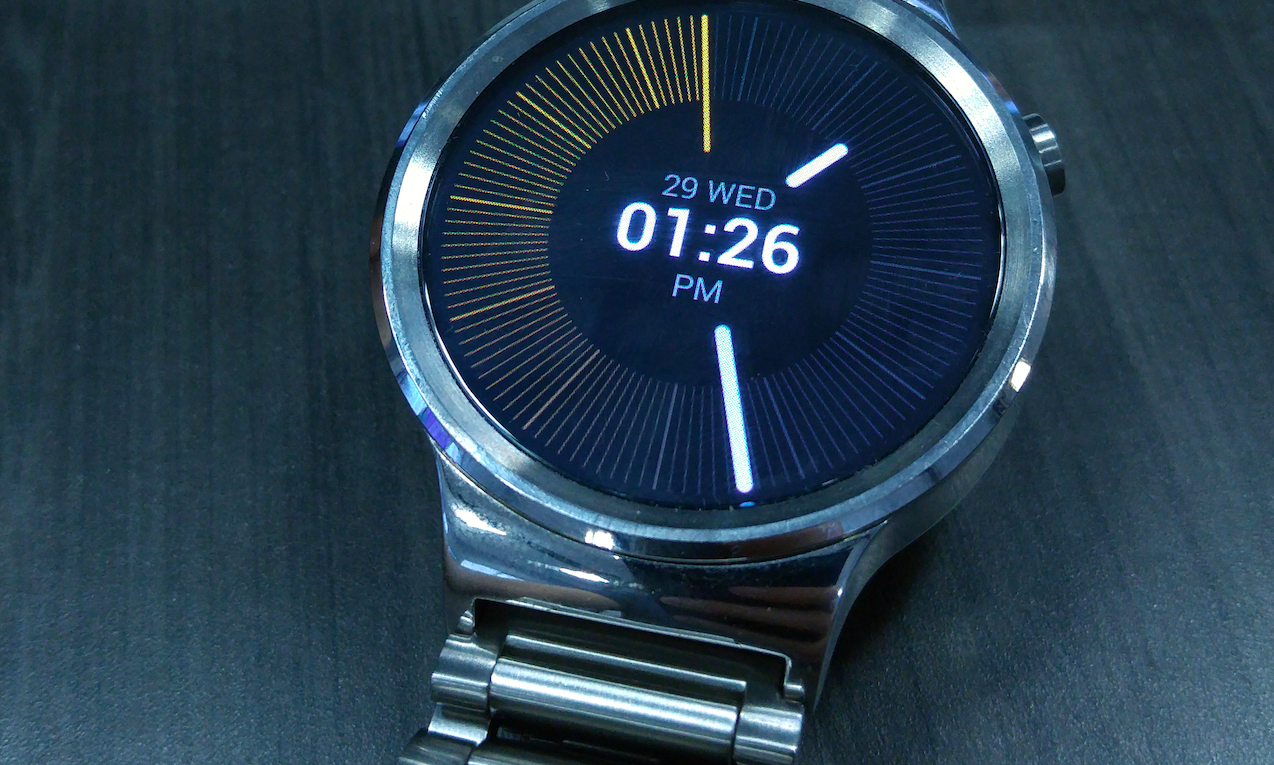 Smartwatches don’t have to be flashy. If you know someone who appreciates understated style, check out the Huawei Smartwatch. Only slightly thicker than a regular timepiece, it can easily be mistaken for a classic analog watch. But the high-resolution display and full suite of features make it clear that it’s a complete Android Wear watch. While Huawei claims the battery lasts for 1.5 days, our reviewer was able to get 2.5 days out of it with constant use. 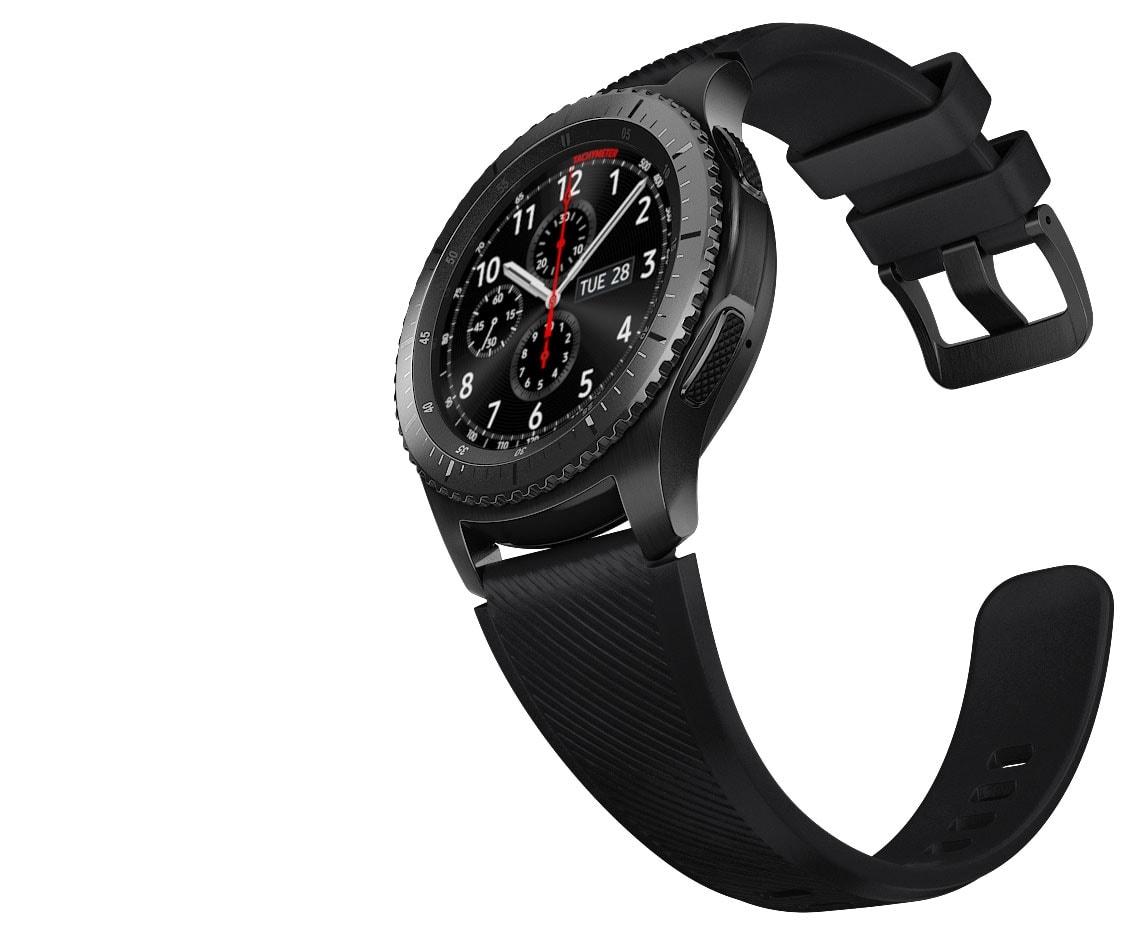 Just in time for Christmas, Samsung has released its newest smartwatch: the Gear S3. With it, Samsung is clearly taking aim at stealing market share away from the Apple Watch Series 2. And since the watch is bigger, faster, and sleeker at the previous Samsung Gear S2, it shouldn’t surprise anyone if they succeed.

The Gear S3 combines Android Wear with a proprietary software called Tizen. It delivers a smartwatch experience that will make you feel more comfortable leaving your phone your pocket to use essential functions like directions, NFC payment, and even web search.

4) For The Fashionista: Fossil Q Founder 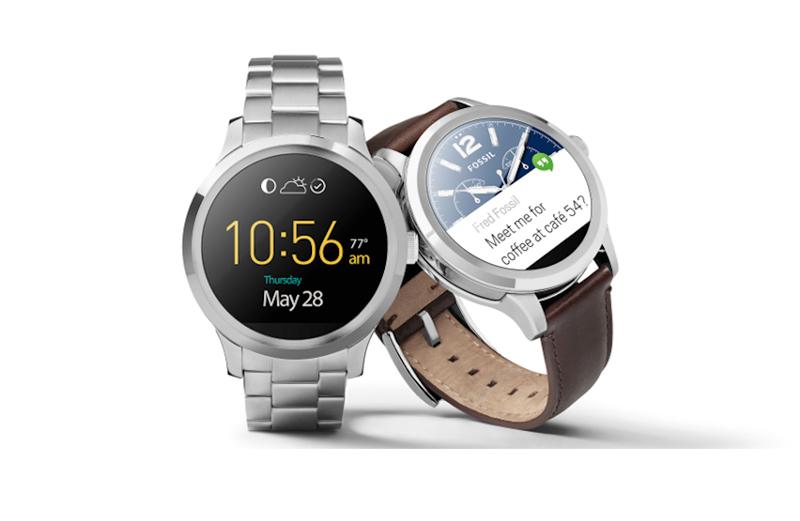 The fashion behemoth Fossil released one of the first smartwatches ever, the Fossil Wrist PDA, all the way back in 2003. Over a decade later, they have jumped back into the wearable game with the Fossil Q Founder.

This time, they opted for simplicity: the plain stainless steel bezel and single side mounted button help you forget just how large the watch is. While the battery life is on par with the Apple Watch 2, the watch is more about looks than well-rounded convenience. The coolest benefit is the custom Fossil-designed watch faces, which almost guarantee that your smartwatch will look unique among everyone else who wears an Android Wear Watch. 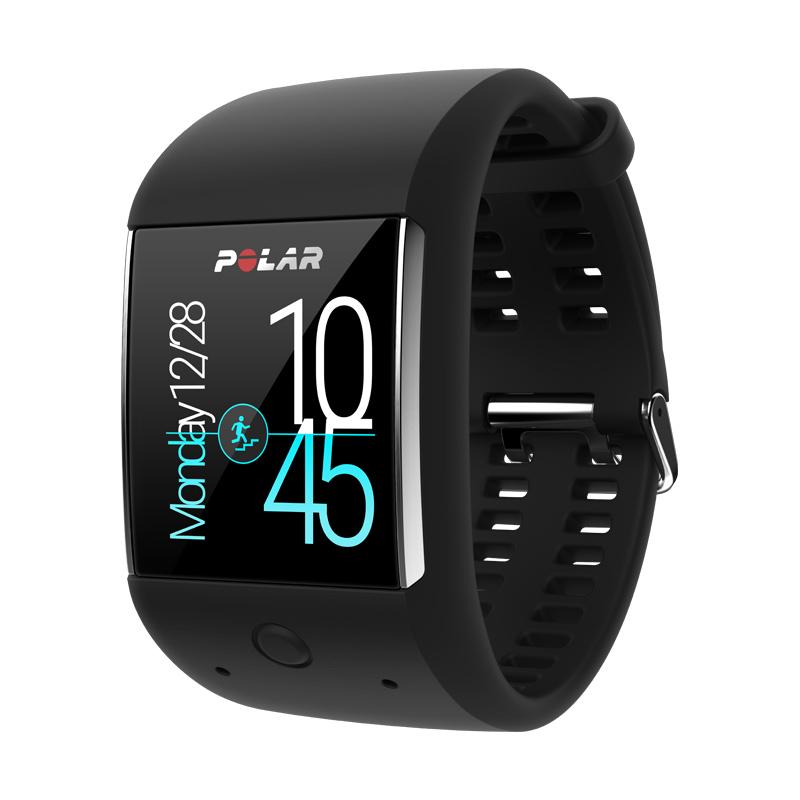 Are you gifting someone who wakes up before dawn in order to run a 10K before work? Then you should focus on an Android Wear watch designed specifically for endorphin addicts: the Polar M600.

It may not be the best-looking smartwatch on this list, but that’s not the point. Its accurate heart rate tracking, GPS sensor, and comfortable band are all designed to help runners and other athletes track their progress and bust through plateaus. As a bonus, the unusually large 500mAh battery will allow them to run several days in a row before recharging.

6) For The Outdoor Explorer: Casio WSD-F10 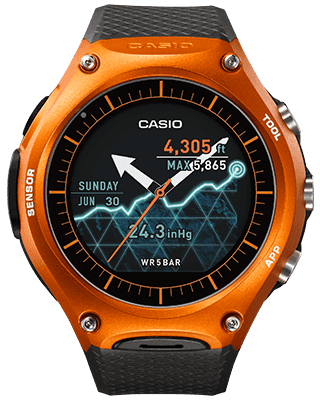 Do you know somebody whose idea of a good weekend is getting lost in the mountains? Then check out the Casio WSD-F10. Don’t be fooled by technical, unsexy name. It’s a big, burly beast of a watch, able to withstand the abuse of the outdoors.

It includes all of the classic smartwatch features. But also includes some features designed specifically for outdoor lovers, like a built-in barometer that can warn you of an incoming storm even if you’re off the grid. For seafood enthusiasts, it also has a tide graph that helps you identify when it’s prime ocean fishing time. It’s an ideal gift for someone who doesn’t mind enhancing their nature adventures with modern technology.

7) For Anyone Who Loves Surf And Snow: Nixon The Mission 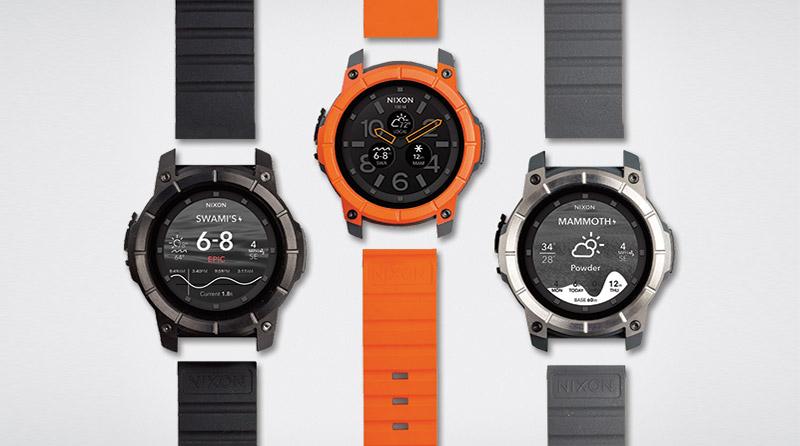 Based in the surf town of Encinitas, CA, Nixon carved out a niche by building timepieces for people who love gliding on waves and slopes. And Nixon’s surf-friendly The Mission smartwatch falls neatly in with the rest of their product line.

With a custom molded case and stainless steel bezel, it’s built to withstand gnarly wipeouts. It’s also one of the most sensor-packed watches on this list — it includes an accelerometer, humidity sensor, thermometer, altimeter, barometer, compass, and gyrometer. It’s not exactly a budget smartwatch, but it’s bound to be prized by anyone who loves the thrill of catching a wave or bouncing off of moguls.

It doesn’t matter who your Secret Santa is: there’s a perfect smartwatch for just about every taste.