Despite the stereotypes, not everyone who uses an iPhone is beholden to every device that comes out of Cupertino. A person can enjoy the unsurpassed user experience that comes with an iPhone but feel unimpressed with the Apple Watch 2. Maybe it’s not your style, or maybe it’s just too pricey, but in any case, you want something different.

Fortunately for independent-minded tech shoppers, there are alternatives to the Apple Watch. If you want a smartwatch that still works fine with your iPhone, here are your best options. 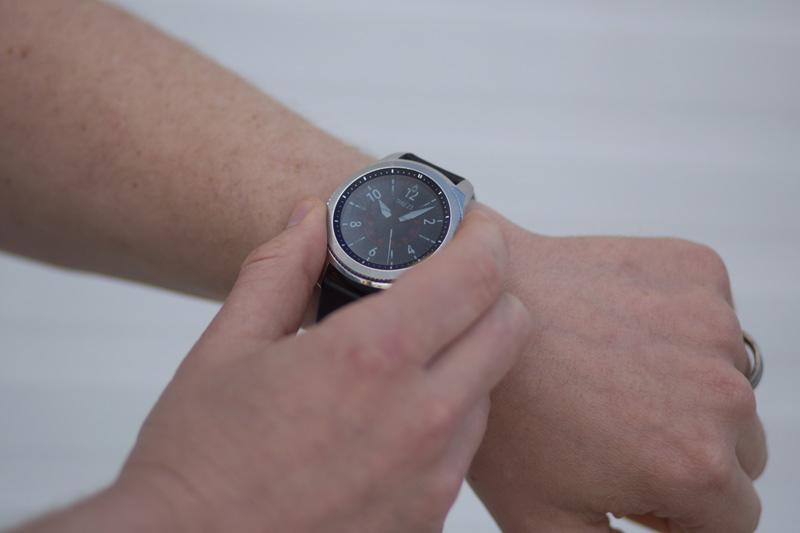 Samsung makes its rivalry with Apple strong by matching the company step for step. In the realm of smartwatches, Samsung has actually been making devices longer than Apple has.

If you want the best of Apple’s competition, then snag the Samsung Gear S3. It’s pushing the boundaries of what’s possible on the smartwatch, even offering something that the Apple Watch doesn’t: a rotating bezel. The bezel makes it easier to browse through apps, and it cleverly sidesteps many of the interaction problems that crop up when using a watch-sized display.

But be warned: there is one major drawback. Since the Samsung Gear S3 uses the Tizen operating system, the number of available apps is much, much smaller than what’s available on iOS. 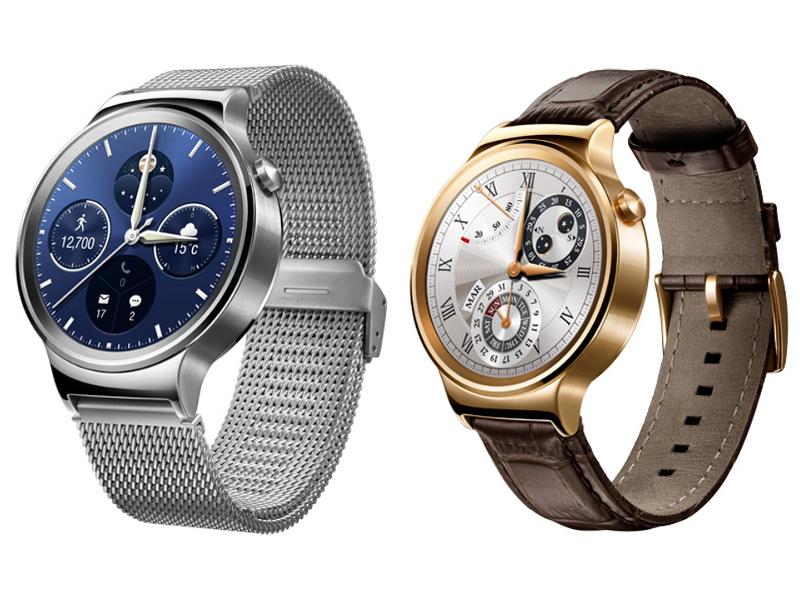 The original Huawei Watch developed a cult following for its classic style and great use of the Android Wear platform. Huawei just released a sequel that is sportier and has just about every sensor you could want in a smartwatch. That includes a gyroscope, accelerometers, a GPS sensor, a heart rate sensor, and 4G. This one is fitness focused, so it’s a great Apple Watch alternative that will help you keep a close eye on your 10K time. 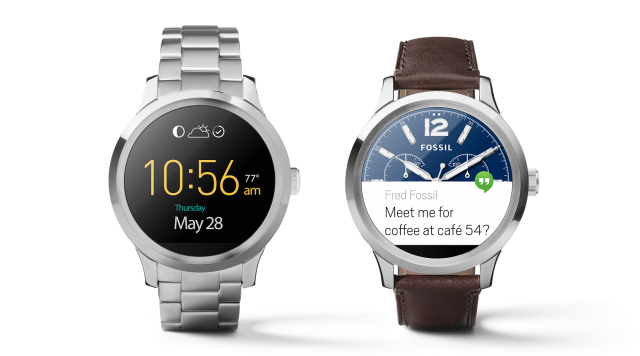 A lot of people like the idea of the Apple Watch but find the whole design to be a bit too “techy.” If you’re looking for something with a more classic design, then check out the Fossil Q Founder. Fossil is a fashion brand first and a tech company out of necessity, so all of its products look runway ready.

The Fossil Q Founder is classically stylish and designed to seamlessly blend in with your outfit, rather than stand out as a unique piece of technology. Though it’s technically a older model, the Fossil Q Founder still boasts impressive specs, including a full gigabyte of RAM, much more than rival smartwatches. The Apple Watch Series 2, for example, has 512 MB.

For all its benefits, be warned that the Fossil Q Founder doesn’t have a heart rate monitor. So, it might not be the best option for checking your fitness performance over time. 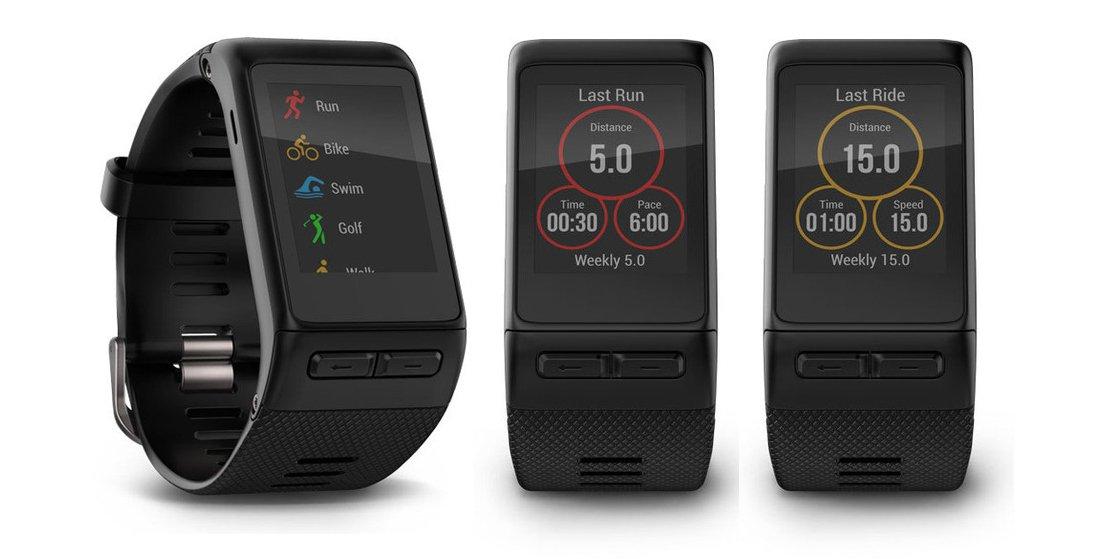 Looking for a techy smartwatch that is solely focused on fitness? Then the Garmin Vivoactive HR is a smart alternative.

The Garmin Vivoactive HR features a huge, full-color display, heart rate monitor, and GPS sensor. Since it uses e-ink instead of an LED display, the battery lasts for about a week before you need to charge it up again. It doesn’t feature a touchscreen, but it does come with Garmin’s full range of personal fitness data, which is well-loved by anyone who likes as much info as possible about their workouts. 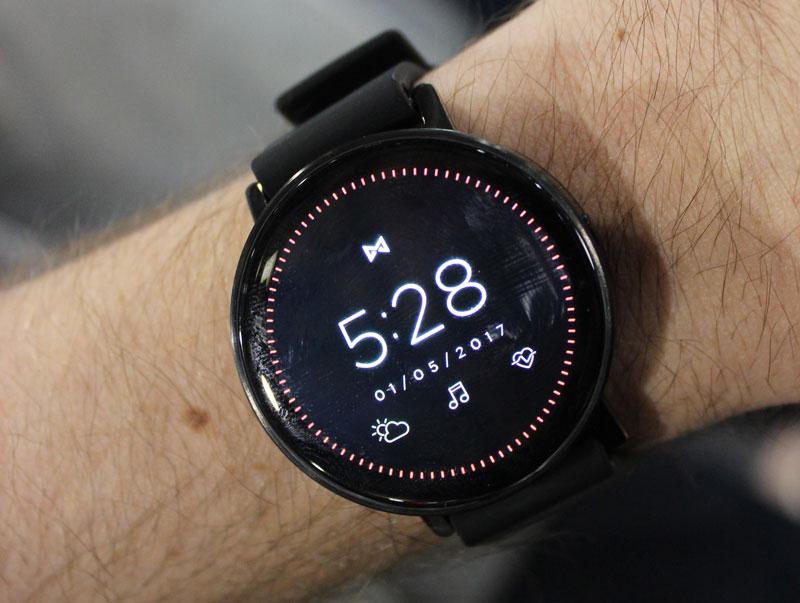 The Misfit Vapor is scheduled to be released this summer, and it promises to be a formidable Apple Watch alternative. In a unique application of Android Wear 2.0, the Vapor will featuring a “virtual bezel” that allows you to interact with the watch by running your finger around the display’s perimeter. Misfit’s fashion-first approach is evident in everything from the stylish body to the the home screen, which features gently pulsating red tick marks. 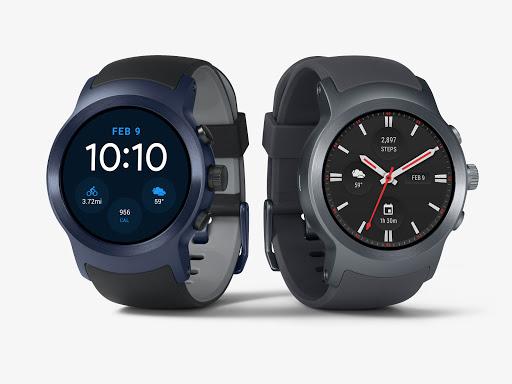 That prized status probably has a lot to do with the watch’s beefy specs. It’s powered by a Qualcomm SnapDragon 2100 chipset clocked at 1.1GHz and 768MB of RAM. It also features a SIM card, if you want to experience what it’s like to use your smartwatch without needing a phone at all.

Looking for a Apple Watch alternative that is a little more minimalist? The Withings Steel HR doesn’t have a fancy touch screen. Instead, it has an analog watchface with a small display to show you your heart rate and other stats.

It’s much thinner than many other watch faces, giving it an elegant feel and look. But it still has the core fitness tracking features you want, such as heart rate monitoring, sleep monitoring, and step tracking. Plus, retailing at $179.95, it’s one of the most affordable Apple Watch alternatives that you can buy.

Fortunately for independent-minded tech shoppers, there are alternatives to the Apple Watch.