The Best Budget Wearables For 2016

Despite its flaws, the Apple Watch does look pretty slick. But is it slick enough to justify the price tag? A high-end model with a fancy strap is going to set you back over a grand. But maybe you’re not in the mood to shell out the lease payment on a Maserati just to impress your wearable-loving friends.

Well, broke tech lovers, there’s good news. If you want a wearable you can be proud of and still make next month’s rent, you have options. Here are ten of the best budget wearables for 2016. 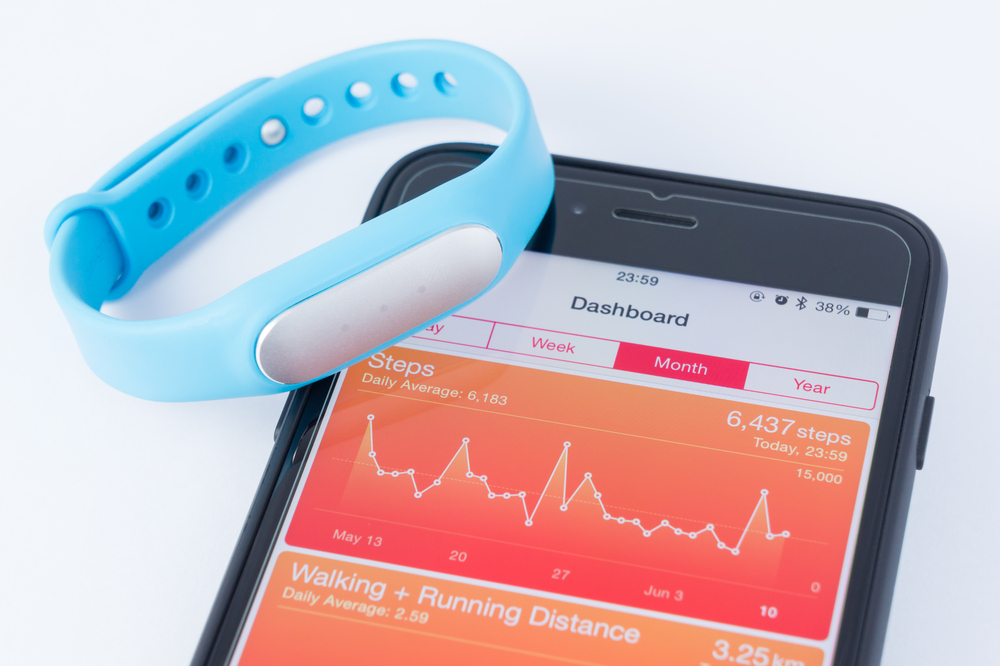 You might not know it, but Xiaomi is actually one of the largest manufacturers of wearables in the world. The problem is that the company mostly does business in the rapidly expanding Chinese market. It has recently expanded to the US and Europe, so those of us in the Western hemisphere can start seeing what the fuss is about.

One of the most popular models is the stripped-down Mi Band. The features are basic: fitness monitor, sleep monitor, and alarm. But for under $25, you can probably afford one even if your grocery list is based on what's on sale this week.

Snag A Xiaomi Mi Band If: You want a no-frill fitness tracker at a bargain price

You are an amateur athlete that wants an affordable way to track your exercise — but you’re not interested in buying a high-end Garmin device in order to do it.

If that's the case, you should check out the colorful Misfit Flash, which only runs around $30. Offered in a variety of bright shades (though they also offer black and white if you want to play it low-key), this device is useful for anyone who wants to shed seconds off their 10K time, not dollars off their checking account. The included app allows you to track your progress, compete with friends, and set fitness and exercise goals.

Snag A Misfit Flash If: You want to look stylish while tracking your athletic adventures. 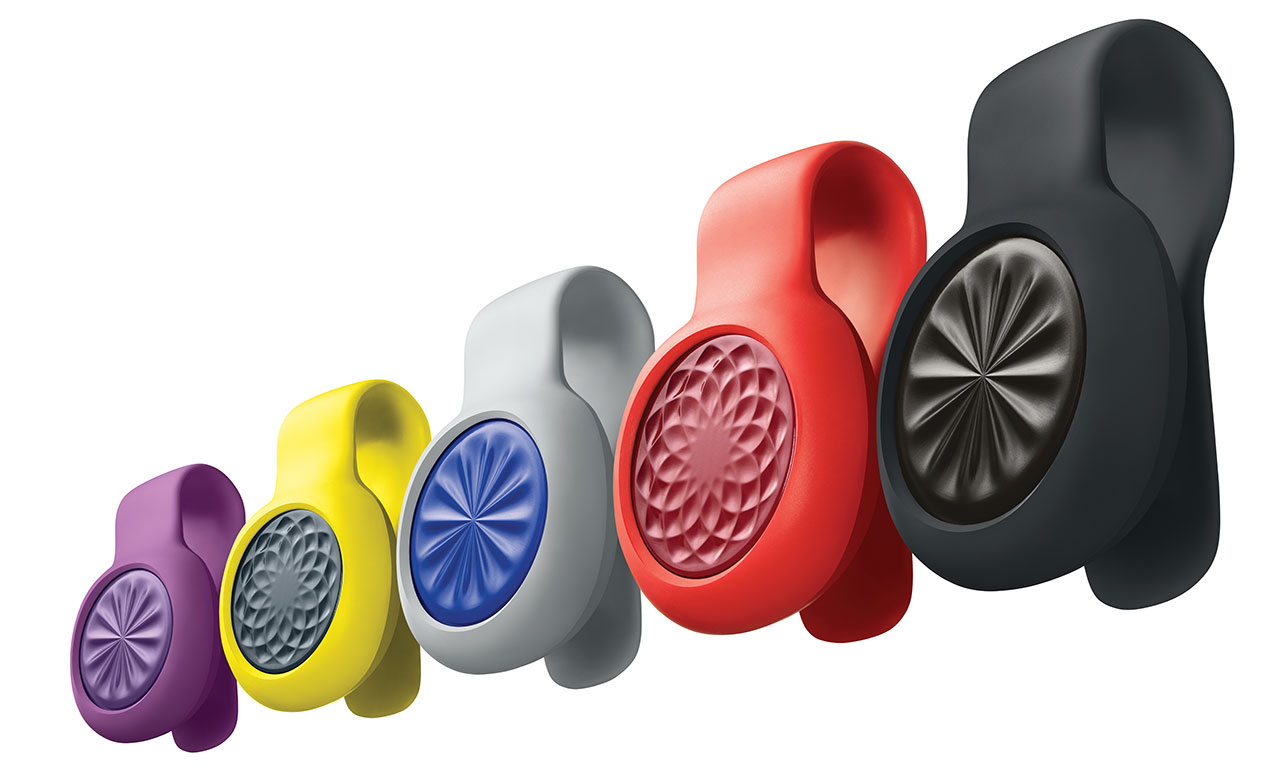 The Jawbone UP Move is bit pricier than the last two devices (around $50), but it comes from a trusted brand with a few more features. The Jawbone UP Move isn’t rechargeable, but instead requires a Lithium Coin 3V 225mAh battery, which you have to replace every six months. It also comes with a fancy tri-axis accelerometer that accurately records your movement, and you can choose from five wardrobe-matching colors. Like all Jawbone products, the app even allows you track your moods so you can see when/why you feel the most up during the day.

Please note that the standard device clips on to you. If you want to get a strap, that’s going to run you a bit extra.

Snag A Jawbone UP Move If: You want a simple version of a name-brand wearable 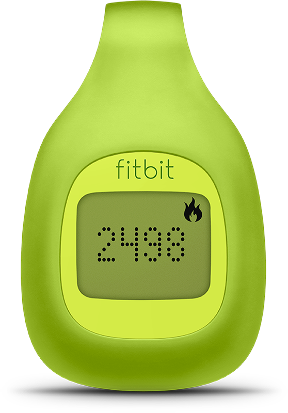 Speaking of affordable versions of name-brand wearables that clip on: check out the Fitbit Zip.

Unlike most other Fitbits, it can’t track altitude or sleep. It covers the essentials for a fitness tracker: steps, distance, and calories burned. At around $50, you’re honestly paying more for the high end support and software of a big brand. But it’s still a good system if you want fitness tracking without the frills.

Snag A Fitbit Zip If: You want the cheapest device that Fitbit sells

Other budget wearables are cool and all, but what if you want an affordable way to get notifications from your phone?

The Razer Nabu X has come to the rescue. No, it doesn't have a full LCD display screen like some of the pricier models. But it does come with simple multicolored LED lights that you can program to alert you whenever you want. Additionally, it comes with all the basic features of a fitness tracker, such as steps walked, distance travelled, calories burned, and hours slept.

Snag A Razer Nabu X If: You want your wrist to light up whenever you get a text 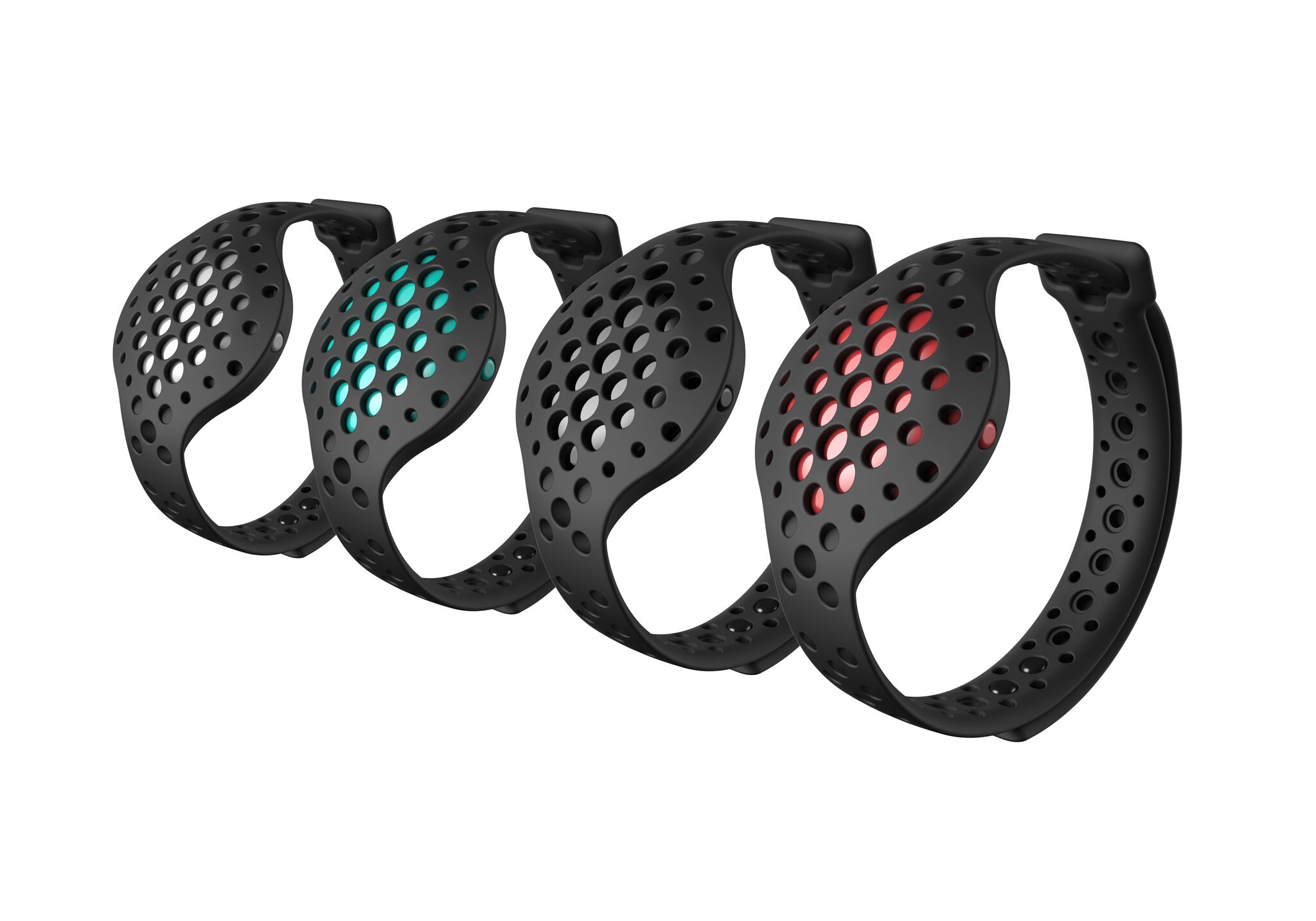 Moov Now is a crowdfunded activity tracker designed for anybody who wants a workout companion for cheap. In addition to the cool multi-sport tracking functions, there’s also the Moov 7 Minute+ workout. This guided bodyweight workout can raise your heart rate in just a few minutes, and it’s included with the activity tracker.

Plus, the voice coach is super motivational, shouting things like, “C’mon, you’ve got this.”

Snag A Moov Now If: You want to buy a fitness coach you can wear on your wrist. 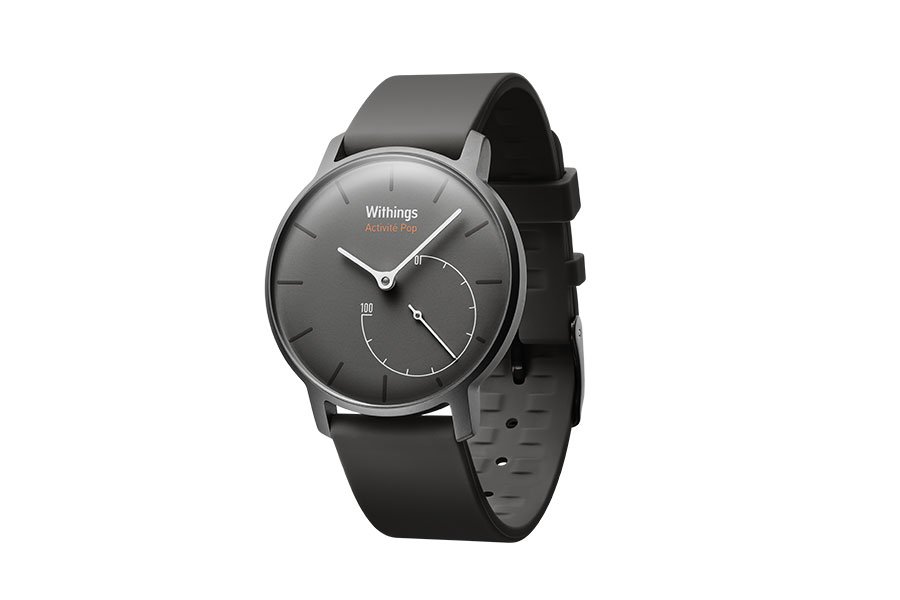 Okay, so at around $150, this one stretches the definition of “affordable.” But it’s more “affordable” compared to other watches in the same category. If you want something that looks high-end but doesn’t actually cost a few hundred dollars, then this is your best bet.

The watch face is classic analog. But it also includes basic fitness tracking, swim tracking, sleep tracking, and distance travel. It looks like you’re just wearing a classic timepiece. But really, it’s helping you move forward with your fitness goals. 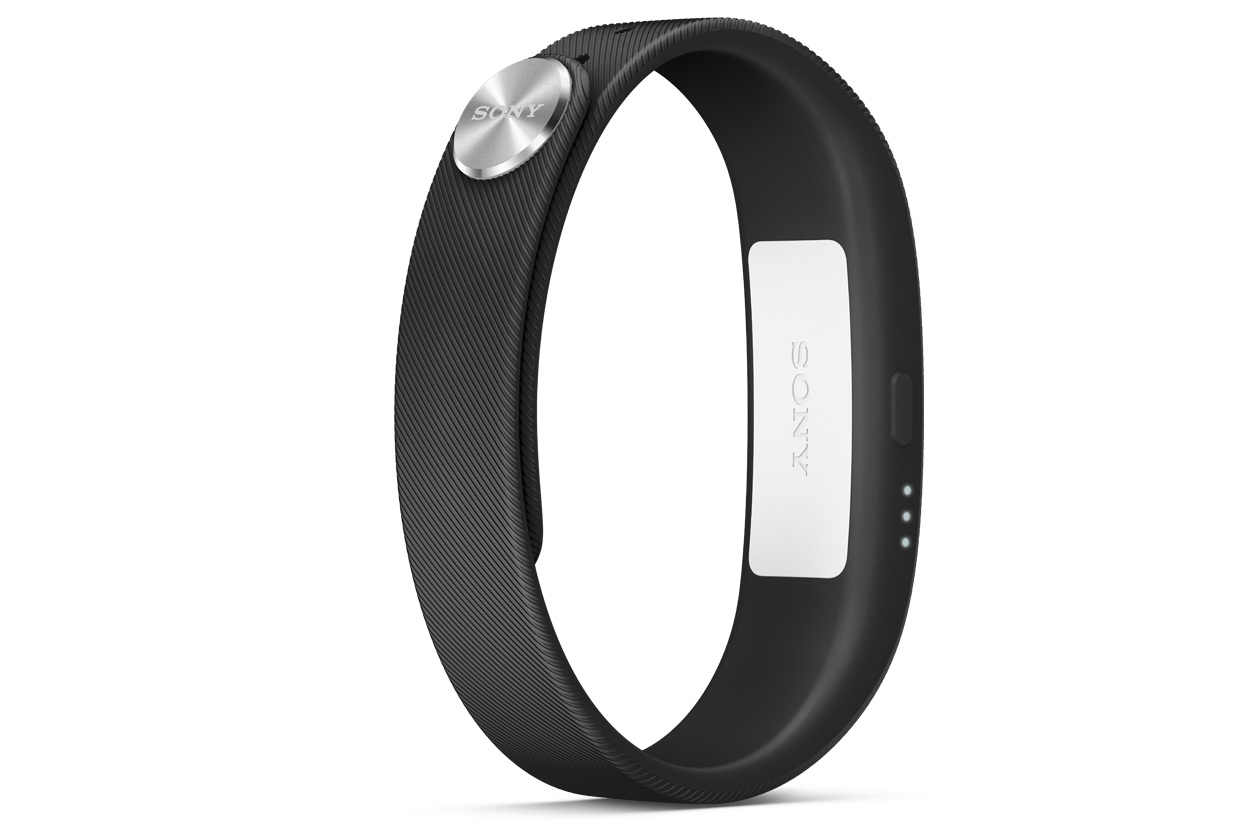 This is Sony’s entry into the low-end fitness tracker space. The software tracks how you move around, regardless of how you do it. So you see how much driving, walking, cycling or even bus riding you do throughout the day.

Notice the resemblance to the Fitbit Charge? We’re not saying it was intentional. But, c’mon. There is one big difference though: at $34.99, it’s much cheaper.

Snag A Sony Mobile SWR10 If: You want a Fitibt Charge for a fraction of the price. 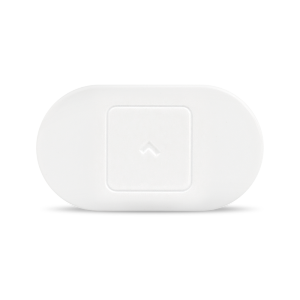 Unlike the other devices on this list, the Lumo Lift isn’t only a traditional fitness tracker. Sure, it has the typical tracking features, like calories burned, steps, and distance. But it's primarily designed to sit you up straight. This attachable posture coach helps you get the confident posture of a marching Marine. It simply attaches to your shirt and buzzes when it detects that you’re slouching.

If you’ve always wanted to be able to balance a book on your head while walking around, it’s worth the $80 investment.

Snag A Lumo Lift If: You want better posture. 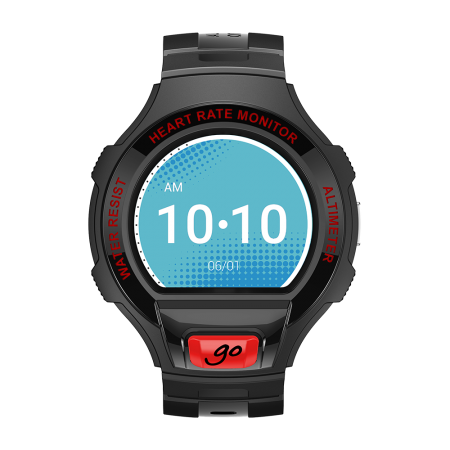 Looking for something that has a smartwatch feel without the smartwatch price? The Alcatel is the watch for the budget-minded gadget lover. It has a 1.2 inch screen that displays the time, workout stats, and social media push notifications. Don’t expect to load any new apps on it, but for around $100, it’s one of the most affordable smartwatches you can buy.

Snag An Alcatel Onetouch Go Watch If: You want to try a smartwatch without taking out a car title loan.

You are an amateur athlete that wants an affordable way to track your exercise.