The Best Samsung Gear Smartwatches For Anybody

Credit where it’s due: Samsung is one of the most ambitious smartwatch developers. The company released one of the first modern smartwatches (the Samsung Gear) in September 2013, beating the introduction of the Apple Watch by almost two years.

Since then, Samsung has regularly released new fitness trackers and full-fledged smartwatches. Under the Gear line, the company has introduced features that have injected much-needed innovation into a field that would otherwise be dominated by Apple, Android Wear, and Fitbit.

So which is the best Samsung Gear smartwatch for you? Here is cream of the crop from the Korean tech innovator. 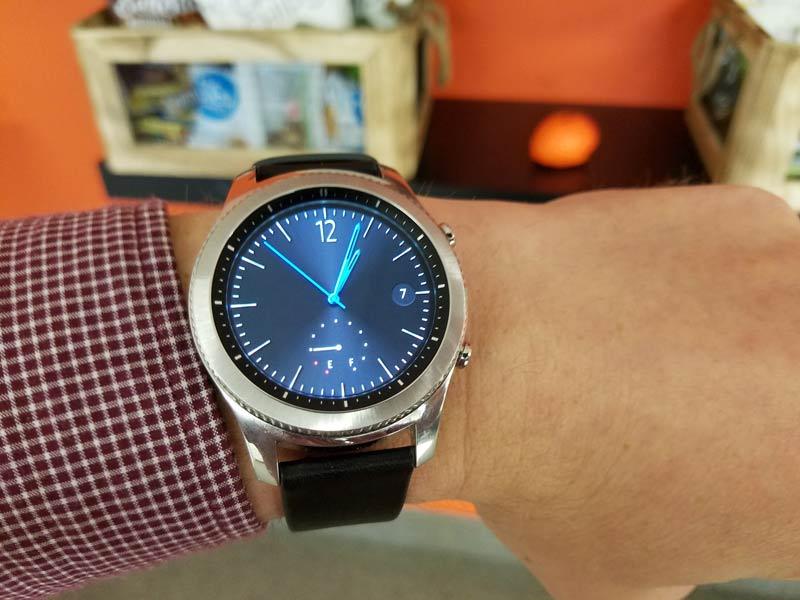 The Samsung Gear S3 is not only the best Samsung watch — it’s also a serious contender for the title of “Best All-Purpose Smartwatch.” The 1.3-inch super AMOLED display is crisp and bright, even on sunny days. It offers a complete set of sensors, including GPS, NFC, accelerometer, and barometer. With Samsung Pay, you can even pay for your goods by holding your Gear S3 up to a credit card swipe, even if the terminal doesn’t have an NFC scanner.

However, there is one downside to consider: apps. Samsung is having a tough time convincing third party developers to invest their time building apps for the Tizen platform. If you want to track fitness, play a few games, or even call an Uber, there are apps that can help you out. But for now, both Apple Watch and Android Wear offer more variety.

The Gear Fit 2 is technically a “fitness tracker,” but it’s more more sophisticated than that category implies. If a Fitbit Charge could be compared to a Honda Accord, then the Samsung Gear Fit 2 is more like a Tesla Model S. While most fitness trackers skimp on the display, the Fit 2 features a 1.5-inch screen with a gorgeous 432x216, 322 PPI display.

We were also impressed by its robust suite of tracking features, which go far beyond just tracking runs. It even tracks body movements to record every rep of a particular exercise. When you add in the respectable battery life (three to four days), you have a fitness-focused smartwatch that looks fantastic, tracks your most vital stats, and can last a long weekend without needing to be charged once. 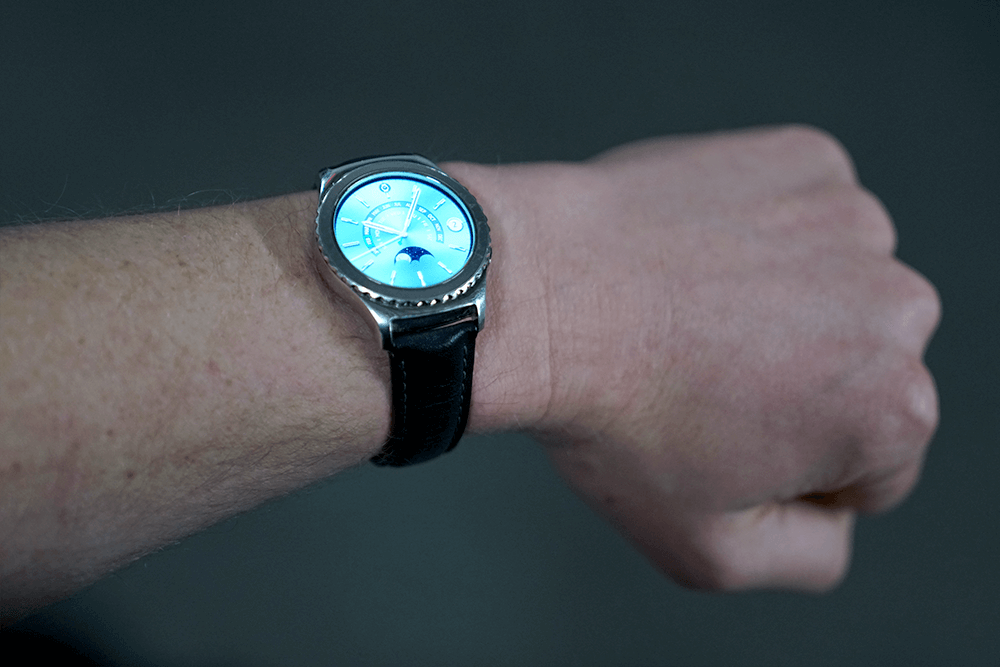 If you want a nice-looking touchscreen smartwatch, and you don’t mind wearing an older model, then the Samsung Gear S2 is still a good buy.

Sure, the design isn’t quite as snazzy as the S3, and the screen isn’t quite as big and detailed. But it still has a rotating bezel that makes it easy to navigate, and you can use almost every app that the S3 can. It’s a good choice for anyone who isn’t bothered by a minor downgrade in order to save a lot of money. 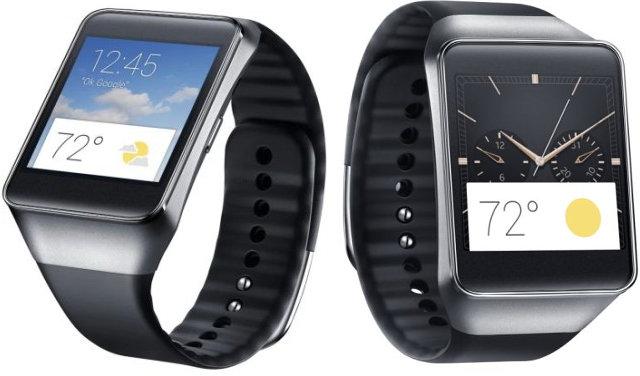 The Samsung Gear Live is a bit of an oddity in that it’s the only model out of Samsung’s lineup that doesn’t run on the Tizen operating system. Instead, it runs on Android Wear. It also has a large, square screen instead of a round, more watch-like screen. It’s a solid performer in most respects, with one major caveat: battery life only lasts one day.

Sadly, the Samsung Gear Live isn’t among the watches that updated to the Android Wear 2.0. But it’s a good choice if you want to take advantage of the plethora of Android Wear apps while still enjoying Samsung’s characteric display quality.

The Samsung Gear 2 has been discontinued, but it’s still worn by a few die-hards who like the watch’s unique features. For one, it’s one of the few watches that actually has a camera. You can take pictures just by aiming your wrist at your subject. No, it’s not as good as the camera you have on your phone, but taking snapshots with your watch has a distinctly James Bond feel to it.

Second, the Samsung Gear 2 also has a IR-controller TV remote app called WatchOn. You can never forget where your remote is because you have it strapped to your wrist all the time. That’s a feature that’s both highly convenient and bizarrely rare. Since it uses an infrared signal, it even works with older televisions.

Do you own a Samsung Gear smartwatch? Tell us which model you use in the comments.

The Samsung Gear S3 is not only the best Samsung watch — it’s also a serious contender for the title of “Best All-Purpose Smartwatch.”