7 Best Wearable Sleep Tracker Options For The Greatest Sleep Ever

Written by Eugene Gabriel. Want to write for WearableZone? Check out our guidelines.

Technology has often been criticized for causing poor sleep. In a 2015 study, 71% of respondents said they slept with or next to their smartphone (3% said they slept with their phone in hand). These habits persist despite widespread findings that spending time on smartphones during bedtime hours is directly related to sleeping fewer hours, sleeping less efficiently, and taking longer to actually fall asleep.

It is no surprise that technology has had a profound effect on our sleep habits. But where there are disadvantages, there are also advantages. Innovative entrepreneurs and the healthcare industry are using smart technology to create a range of applications and devices that meet one goal: improving the quality and duration of sleep.

In today’s busy world, getting eight hours of uninterrupted sleep sounds impossible. But it’s essential for our health and productivity. Read on to discover our top seven wearables that can be used to promote better sleep. 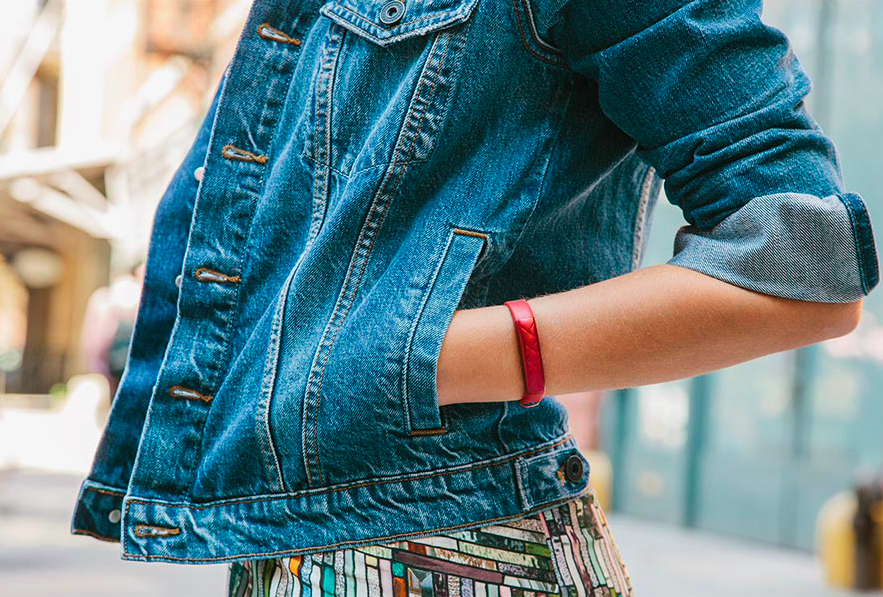 $54.75: The Jawbone UP3 is a great choice if you want in-depth sleep data without a lot of bulk. This wristband-based wearable tracks your sleep cycles and tells you how long you took to fall asleep. Within the Jawbone app, you can also track factors like caffeine intake to understand what may be affecting your sleep. This device is great for those looking to set their sleep schedule straight — it also tracks how many times you woke up during the night, and it will wake you up with a silent alarm. 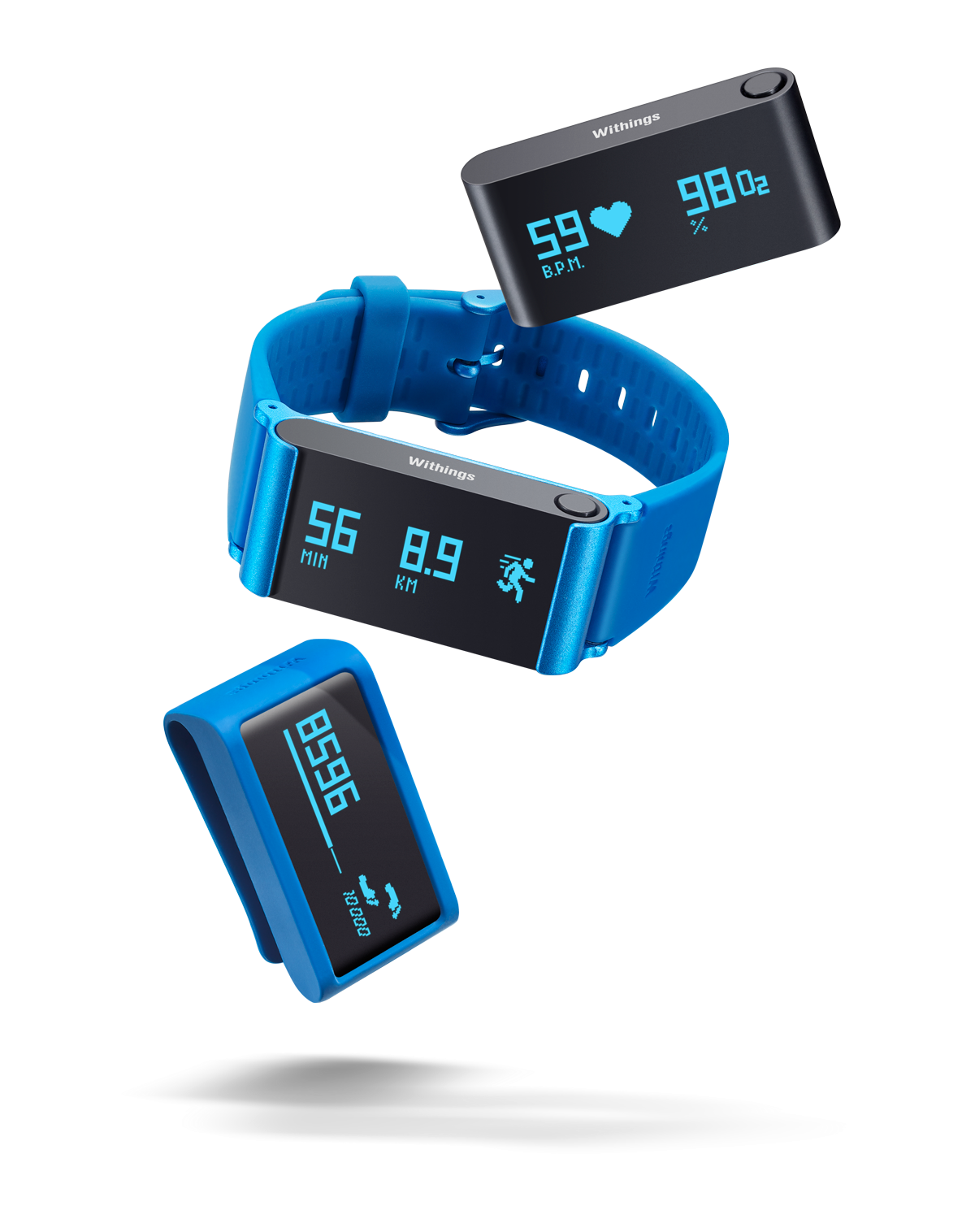 $99.95: This wearable measures your burned calories, steps, and blood oxygen levels during the day. As you sleep, it measures your deep and light sleep stages, as well as the time you spent being an insomniac. It lasts an impressive two weeks on a single charge. One of the best things about this device is its versatility: it can be worn either as a wristband or attached to your belt. 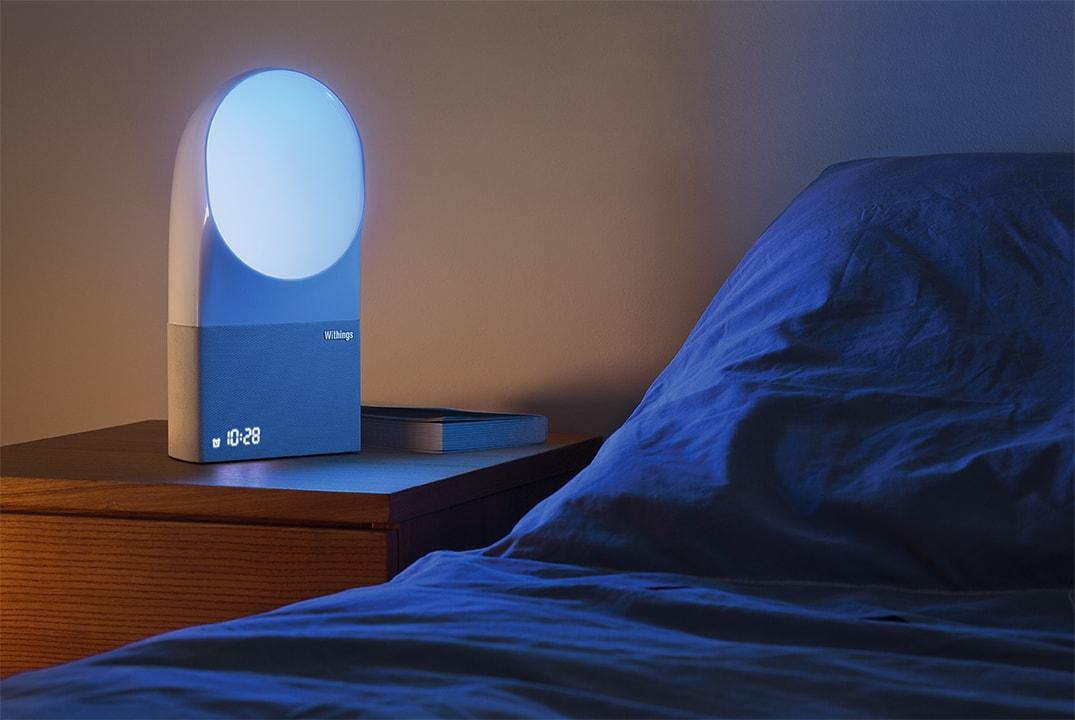 $189.95: Unlike the Withings Pulse Ox, the Withings Aura is a standalone device that is designed to help improve your sleep quality. The bedside unit, which works best with the REM Sleep Tracker accessory, promotes restfulness by generating sleep-inducing light sequences and sounds. The science behind the Withings Aura sleep system correlates certain wavelengths of light with the secretion of melatonin, the hormone responsible for regulating our sleep-wake cycles.

The Aura tracks chances in your room’s environment to better understand what factors are negatively impacting your sleep. When it pairs with a Nest thermostat, the Aura will automatically alert the Nest to adjust your room to the ideal sleep-inducing temperature. When you wake up in the morning, all of your sleep data will be available on your smartphone through Withings’ acclaimed Health Mate app. 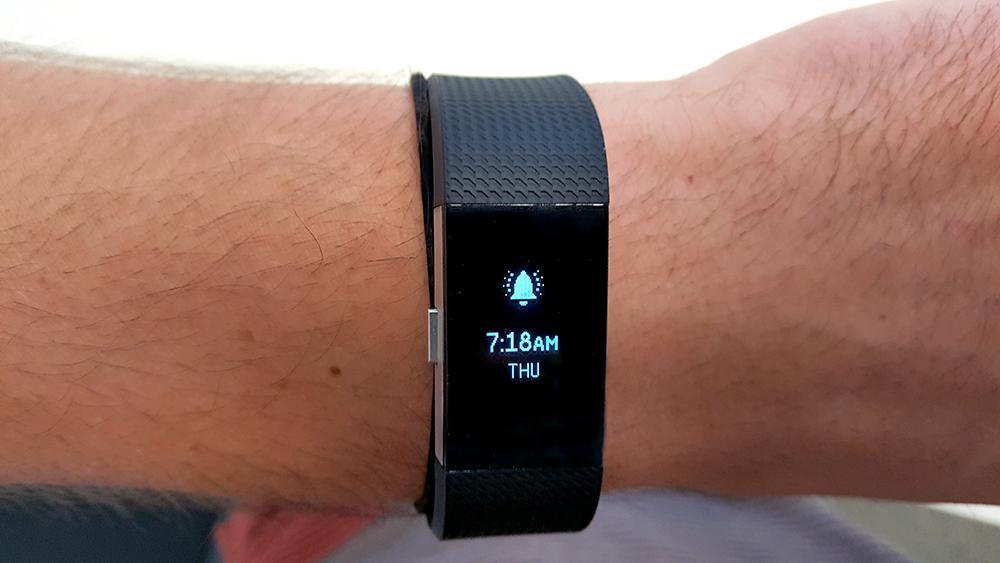 $149.95: The Fitbit Charge 2 has a range of sleep tracking functions. As a wearable sleep tracker, it automatically recognizes when you fall asleep and when you wake up. It also records how much time you spend in deep sleep and how often you toss and turn. Your Fitbit makes it easy to set sleep schedule goals, and it reminds you when you should start winding down for bed. When it’s time to wake up, Fitbit’s silent alarm will get you out of bed without disturbing your partner.

Related: How To Use Fitbit’s Sleep Tracking For Better Sleep

Unlike older sleep trackers, you won’t have to put your Fitbit in sleep mode — it detects sleep automatically after an hour without much movement. If you spend the night binging on Netflix, it may record that as time sleeping; however, you can correct your sleep records in the app. 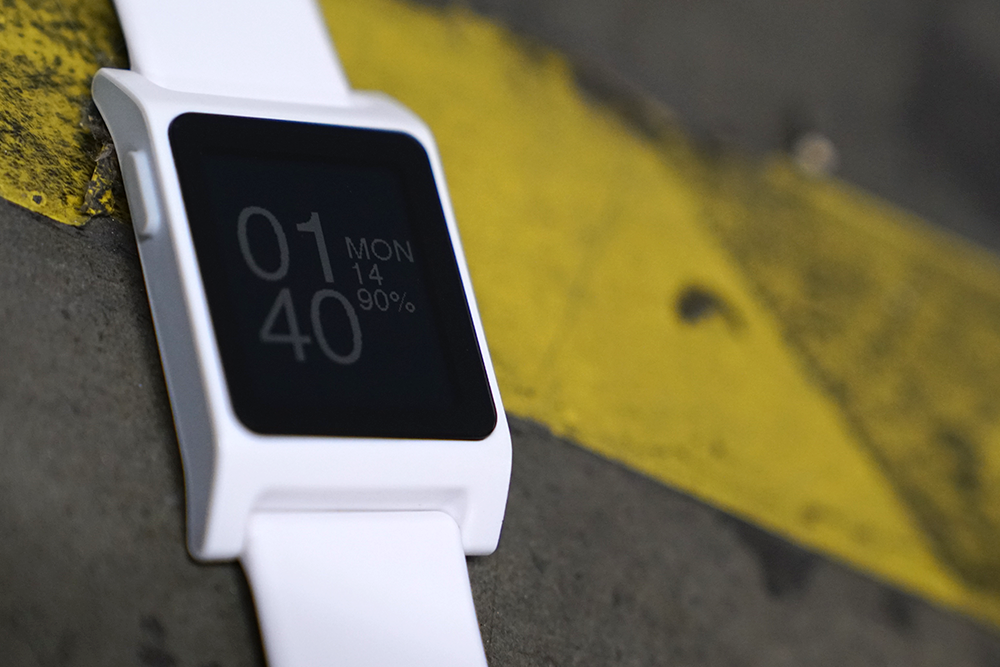 $129.00: The Pebble 2 smartwatch is a versatile option for anyone who wants to track their sleep and fitness goals. When paired with Pebble Health, or one of the many apps from the Pebble appstore, you’ll find in-depth statistics on the length of time you spend snoozing.

This wearable sleep tracker shows you the total hours you’ve slept, how much time you’ve spent in different stages of slumber, and the exact times you fell asleep and woke up. The app also displays your typical sleep data for that day of the week, giving you a full picture of your snooze habits.

One notable feature of the Pebble 2 is its smart alarm, which uses your sleep data to wake you up when you’re the most rested. Like many of the other devices on this list, the Pebble 2 features a silent alarm so you wake up without disturbing your partner.

This device also has a seven-day battery life, so you won’t have to worry about it dying in the middle of the night. 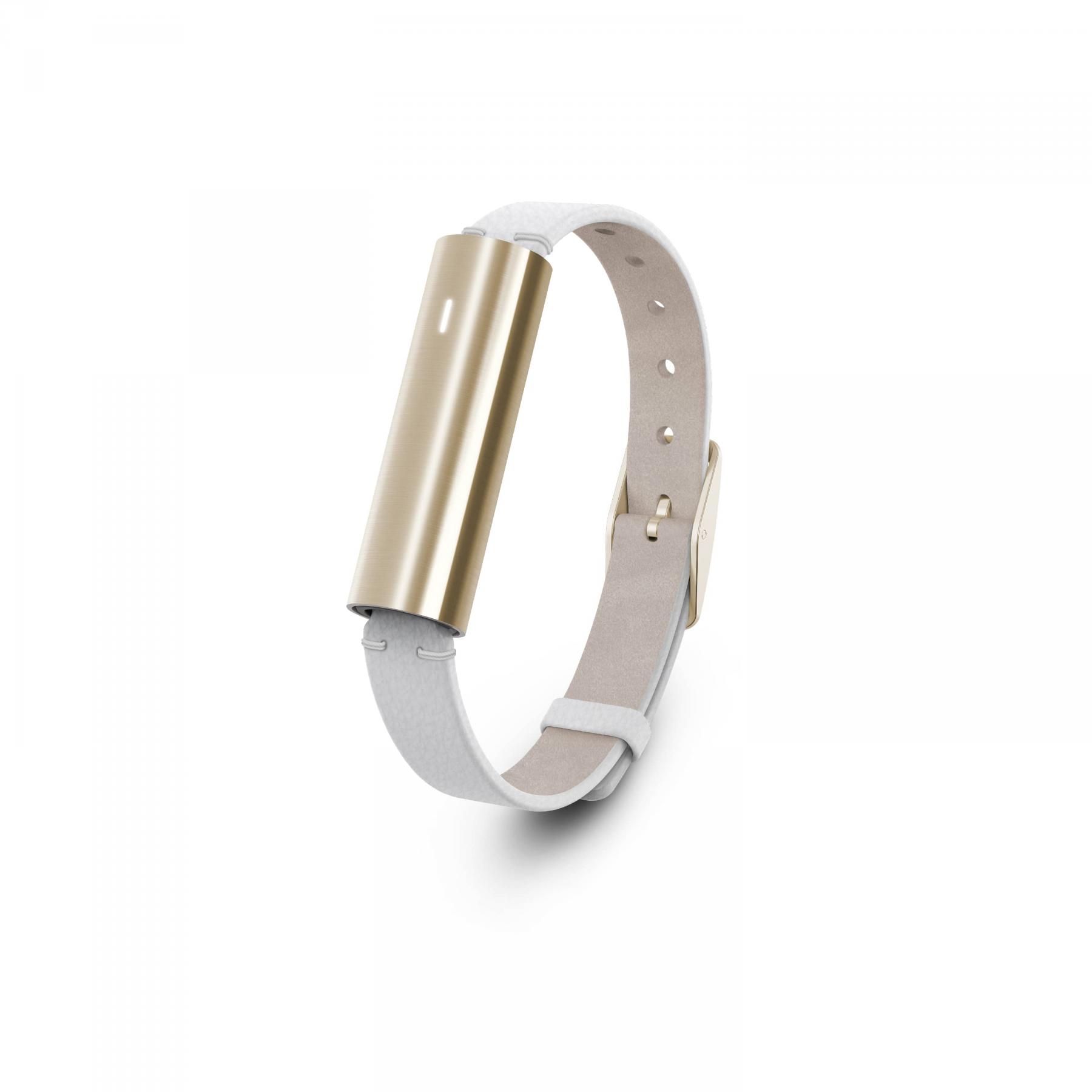 This minimalistic device measures your sleep duration and quality, and it has a silent alarm. Its corresponding app allows you to track and edit your data and look for trends to improve your slumber. Don’t worry about setting the Misfit Ray in sleep mode when you hit the sack — it automatically detects when you’re sleeping.

Unlike other devices, you’ll never have to charge the Misfit Ray — its batteries last up to six months before they need to be replaced. 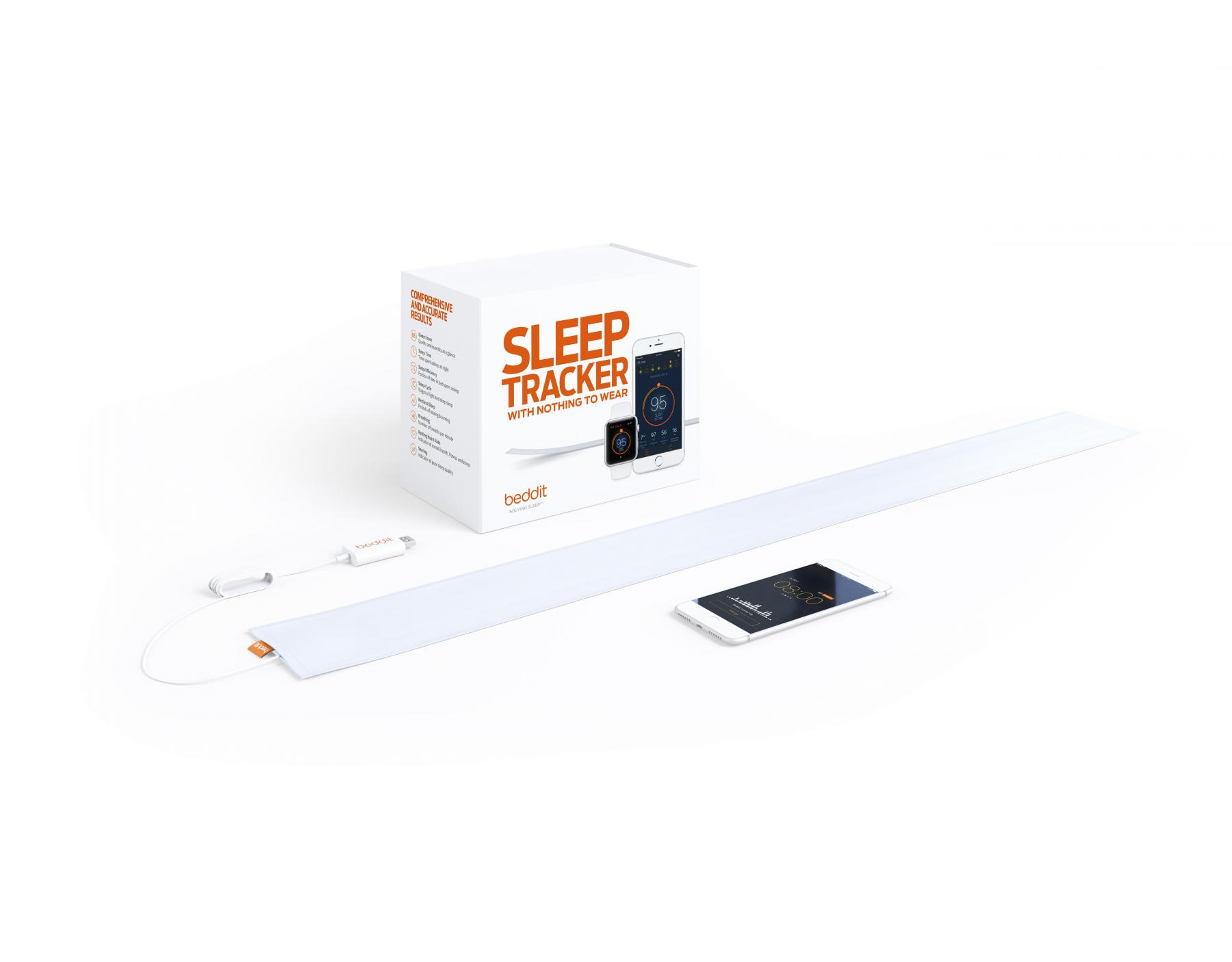 $149.00: Like the Withings Aura, the Beddit 3 isn’t a device you wear on your wrist. It contains a pad you nestle under your sheets that works in conjunction with a smartphone app. You’ll find all of the standard sleep-tracking features like the time you spend sleeping, how long you’re restless, and what time you rise. In addition, this device contains temperature and humidity sensors to help you create your perfect sleeping environment. It also listens in on your sleep to tell you if and when you snore.

Related: The Most Groundbreaking Wearable Technology At WTS 2016

Beddit 3 works only when you’re physically on the pad, meaning it probably won’t pick up your partner’s tossing and turning, and it will record you as awake if you roll off the pad. Perhaps Beddit 3’s most valuable feature is its ability to analyze notes you enter into the app to give you a more thorough picture of what’s keeping you from waking up fully refreshed.

One thing to note with this device: The pad needs to be plugged in the whole night, and the company recommends your phone’s Bluetooth settings be enabled so features like the smart alarm will work.

Did we miss your favorite wearable sleep tracker? Let us know in the comments, and check out these four sleep tracker innovations that will turn you into a superhuman.

About the author: Eugene Gabriel is a passionate blogger. He has always been fascinated by sleep and how it relates to health and wellness. Read his post on coffee and sleep. You can follow him on Twitter @eugenegabrielj.

In today’s busy world, getting eight hours of uninterrupted sleep sounds impossible, but it’s essential for our health and productivity.