Instead, you would take an elevator up a few floors of the Venetian hotel, where Germany-based company Bragi was quietly ushering in the next phase of wearable technology.

The Dash looks like a pair of earbuds — but their small size belies how much hardware is packed inside. 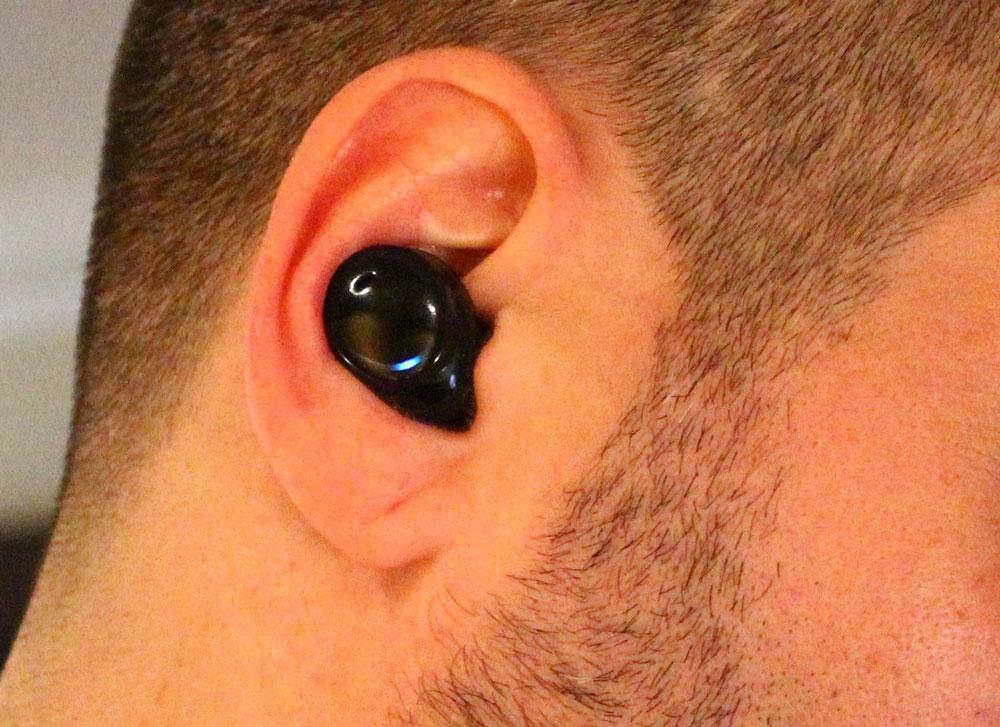 The earbuds feature 27 sensors, including infrared sensors that Bragi intends to detect blood oxygen levels in the future. They have four accelerometers, a gyroscope, and 4 GB of data storage, so you can listen to music without being paired to any other device. The whole device is powered by a 32-bit processor — all in a package that fits snugly in your ear.

Together, the sensors in the Dash collect a wealth of biological data, including your heart rate, motion, and breathing rate. This allows it to perform common fitness tracking features on your runs. Since it’s waterproof, you can also take it with you while swimming.

You use the Dash through taps, swipes, gestures, and audio. For example, if you receive a call, you have the option of dismissing it by shaking your head, or accepting it by nodding your head. The completely non-visual interface takes a little getting used to, but I could navigate through the main functions after just a couple of minutes.

I tried out some of the audio features, such as the passthrough audio. By swiping my hand forward over the left earbud, the music playing in my ear suddenly sounded ambient. I could still clearly hear other voices in the room, and even have a normal conversation — but I also heard my music without any interference. 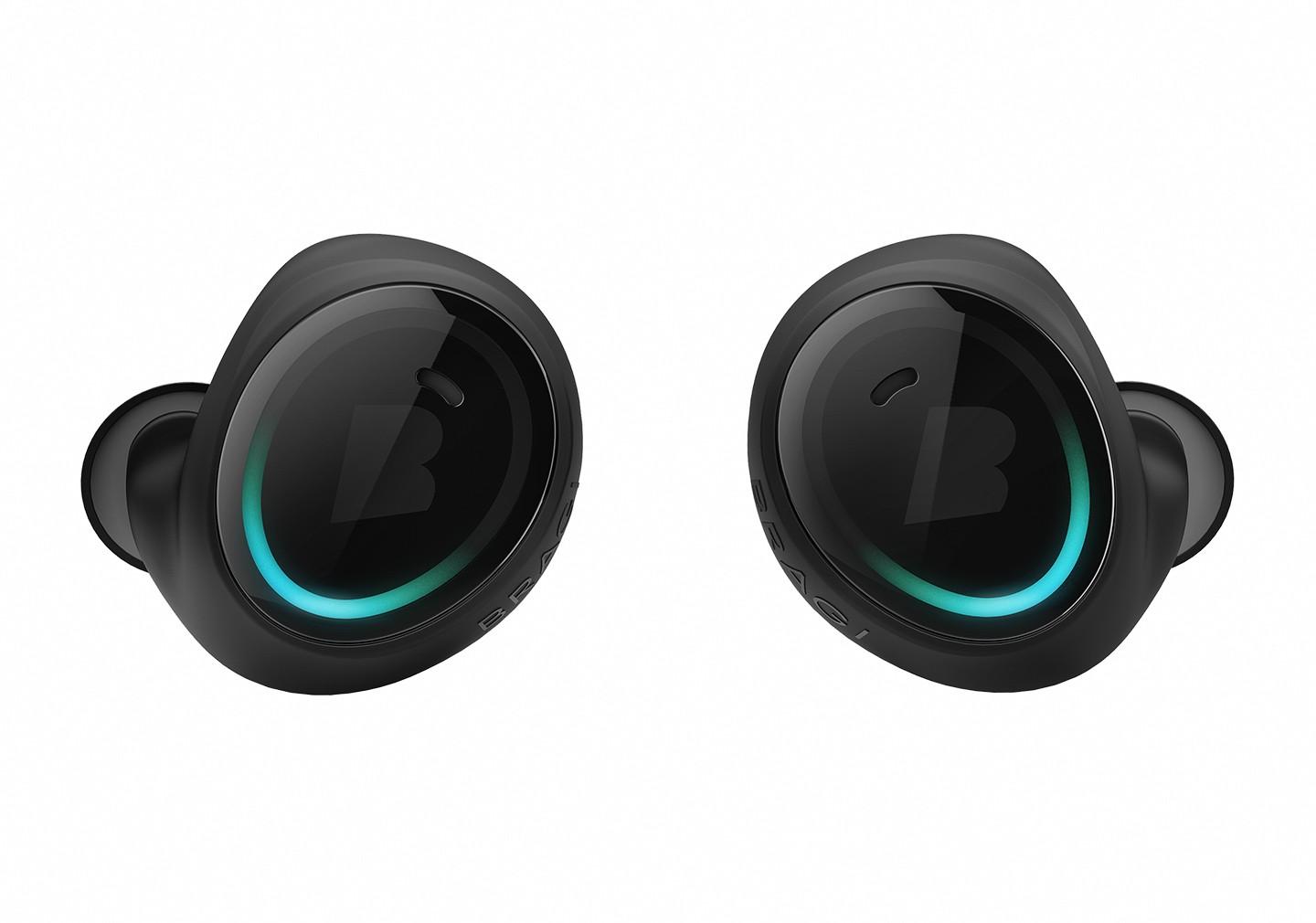 To further demonstrate the feature, Jordan played an audio simulation of a barber cutting my hair. The voice of the barber and the sounds of the clipping stayed stationary, even as I turned my head. The experience was uncanny: intellectually, I knew that I was the only person who could hear the audio, even through my ears were telling me the sound was coming from some invisible speakers inside the room.

The Dash’s passthrough audio paired well with the still-in-development 3D audio feature. It surrounds you with “artificial speakers” as the Dash tracks your head movement, keeping the audio in place.

While those features all sound fun, they aren’t necessarily new, particularly at CES. In a rising tide of in-ear devices, what makes the Dash unique?

To understand that, you have to first understand Bragi’s ultimate goal — and how they hope to solve the biggest problems with how we interact with devices.

Rethinking How We Interact With Technology

After speaking with CMO Jarrod Jordan and trying the Dash, I sensed that calling the device a “hearable” doesn’t quite do it justice — even though that’s also what Bragi calls it. It’s not just an in-ear, voice-activated personal assistant like the Sony Xperia Ear, or a glorified Bluetooth headset like the Apple AirPods.

Instead, Bragi is looking at the next stage in human-computer interaction, and then attempting to create a device for the stage after that.

That sounds like an exaggeration, but Bragi is already thinking beyond the projections of industry analysts. At the 2017 Trends to Watch talk that opened this year’s CES, Dr. Shawn Dubravac proclaimed that voice was the next major mode of interacting with electronic devices. For Bragi, that’s not thinking far enough. If we really want to meld with our machines, we have to consider all the ways we can command computers.

“Think about turning your body into the interface — the trackpad. That’s the big idea of what we’re working on,” Jordan said. “You can activate devices with audio. We’re doing it with [Amazon] Echo. But imagine being able to do it with your body, without having to stop and say ‘Hey Alexa, can you dim the lights?’ The future of the hearable space is how you as an individual are connected to everything and control everything.”

The tech conveniences of the modern age suffer from an interface problem. To use them, you have to interrupt your day. Bragi wants to give us the power to connect and receive information without being constantly glued to a screen.

According to Jordan, the most common smartphone functions, like getting directions, calling someone, or searching for an answer online can be accomplished with sound and motion. “All that stuff can be done in real world, in real time, instead of having to go through a search delay,” he said.

The way Jordan described it, it sounded like the Dash might allow us to come as close as we can come to installing brain implants that plug into computers, without actually taking that step. As much as people love technology, very few are willing to become a cyborg. “Something in the ear, with all the right sensors can give you all that same data,” he said.

One Device, Many Uses

While all the info we receive from our devices is great, it often forces us to disonnect from real life. “Think about it: you’re spending all this time looking at your phone and you’re missing the world around you,” Jordan said. “You aren’t experiencing life.” Bragi wants to give us digital-age information without digital-age isolation. 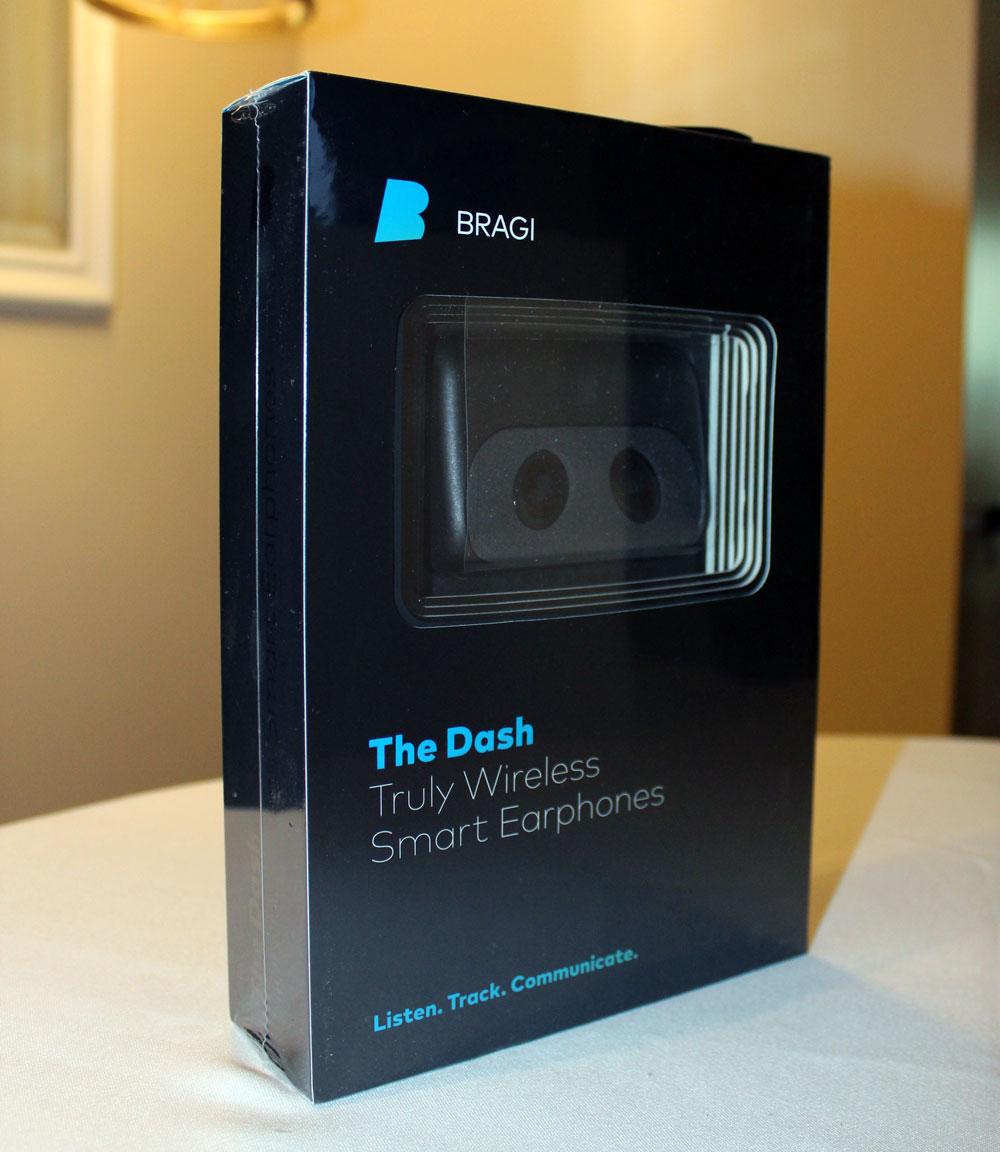 But how is the Dash supposed to go from where it is now to that grand concept?

The Bragi isn’t a static device. Instead, it’s iterative, like your smartphone. Think of how Apple is able to remotely add new features to the iPhone, like Siri, that dramatically change its functionality and usefulness. In November, Bragi released Bragi OS 2.2. The updates include new gesture controls, a feature called WindShield which allows you to hear your surroundings better in heavy winds, and MyTap Beta, which allows users to access their phone’s digital personal assistant by tapping their cheek.

This feature isn’t available in the consumer product. But in a lab setting, Bragi programmed the Dash to detect where a user's eyes are looking. How? “For all animals, when you look somewhere, your ears actually move,” Jordan explained. Bragi was able to track the eyes by sensing ear movement with a surprising degree of accuracy.

Bragi is also working with IBM’s team to create an instant language translation feature using IBM's Watson artificial intelligence. If it works, you could hear someone speak in a foreign language and have it translated right into your ear in near real time. If successful, that will change travel. Imagine landing in a foreign country and understanding any local.

Jordan speculated that the Dash’s heart rate sensor might have several novel uses. The Dash could note the difference between a heart rate that indicates exercise and one that indicates stress. That might be valuable on the battlefield, where leaders of soldiers could tell which of their men and women were feeling fatigued or overwhelmed.

The Dash's heart rate sensor could also be valuable on the battlefield of love, where your heart rate might indicate who you’re attracted to as you swipe through possible matches on a dating app. 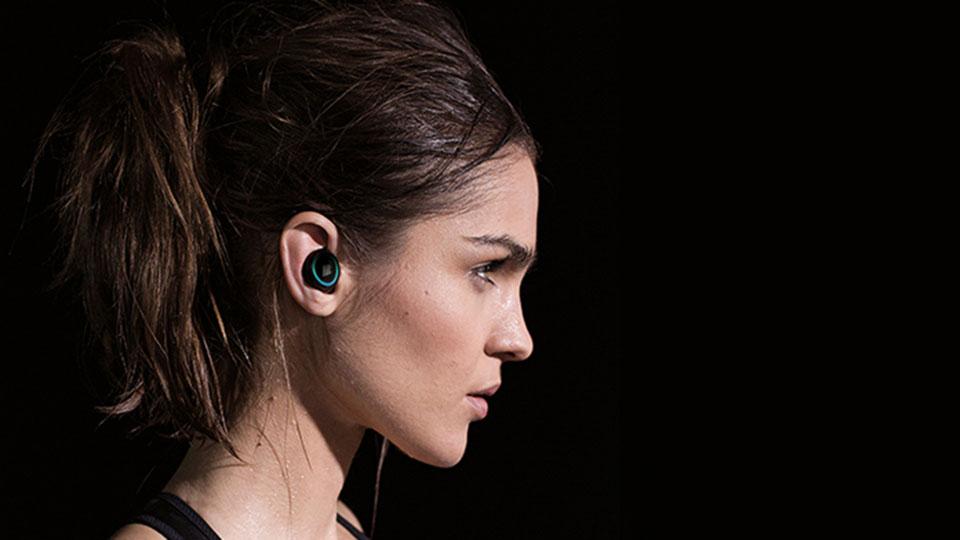 Bragi wants to build upon Dash’s functionality by opening it up to third party apps. Since the device is so sensor-packed — and so new — there’s no telling the kind of creative solutions and functions that developers will come up with.

What Does The Chef Have That’s New?

This year’s CES was characteristically exciting, offering a peek into innovations that will change how people in the future will work, live, and be entertained. But it also offered a lot of the same old story. For example, Sony’s big reveal was a new OLED HDR television. While it offered undeniably beautiful picture and sound, the television is still a device so old that Social Security-collecting retirees can remember watching one when they were kids.

At times, the consistently amazing, yet uninventive fare made me feel like the jaded diner near the beginning of Pixar’s Ratatouille. When confronted with a resturant menu of dishes that were excellent, but old hat, he shrugs them off by asking the waiter, “What does the chef have that's new?”

At this feast of technological innovation, the answer to that question was the Bragi Dash. 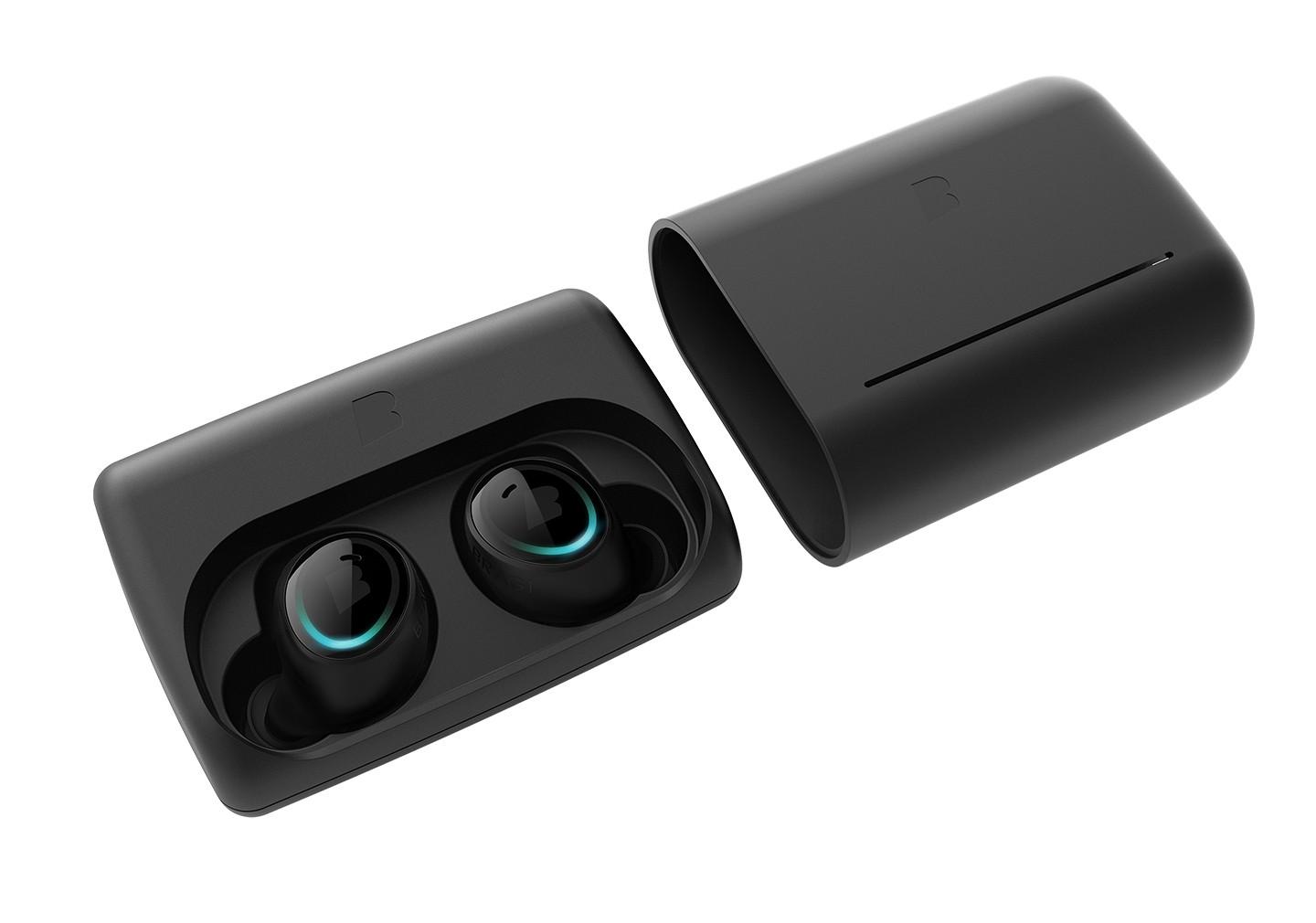 But that’s true only if you grasp Bragi’s intended trajectory. (The device, after all, technically launched in 2015.) As it stands, the Dash feels more fun and novel than revolutionary — it's a new way to track your activity, listen to music, and use smartphone functions. And it suffers from some functionality problems, such as the too-short three hour battery life.

But if the people behind Bragi realize their ambitious vision, the device I tried at CES will only be one stop on the road to the ultimate goal: a seamless, intuitive, and fluid connection between humans and computers.

The Dash looks like a pair of earbuds — but their small size belies how much hardware is packed inside.