With New Brainwave Tech, BrainCo Returns To CES For Redemption

BrainCo returned to CES with something to prove.

Last year, when BrainCo CEO Bicheng Han demoed their flagship brain wave-detecting device, it didn’t work as planned. When Han slipped on the electroencephalogram (EEG) headband, he was able to use it to switch a light on and off. But when he attempted to control a robotic hand, it remained stubbornly motionless. He stared at it for an excruciatingly long three minutes while it did nothing. That’s a nightmare scenario for any startup — particularly one that promises to change how people interface with technology.

But for CES 2017 in Las Vegas, BrainCo doubled down for its demo. Han showed up with not just a hand, but an entire robot torso to show how a person can use brainwaves to control objects. 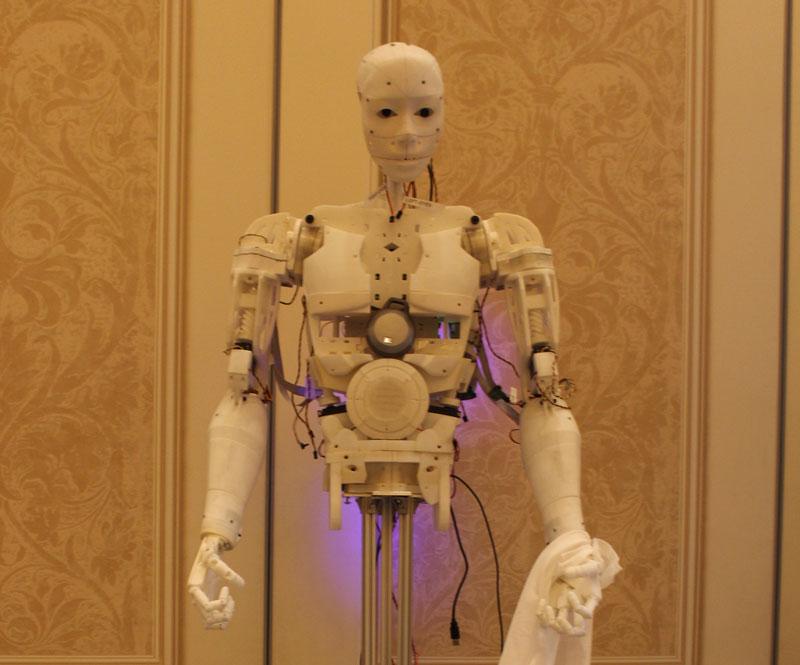 Blessedly, for Han and everyone else in the room during BrainCo’s press conference, the robot appeared to dutifully respond to Han’s thoughts, moving its arms and head while he stared at it. 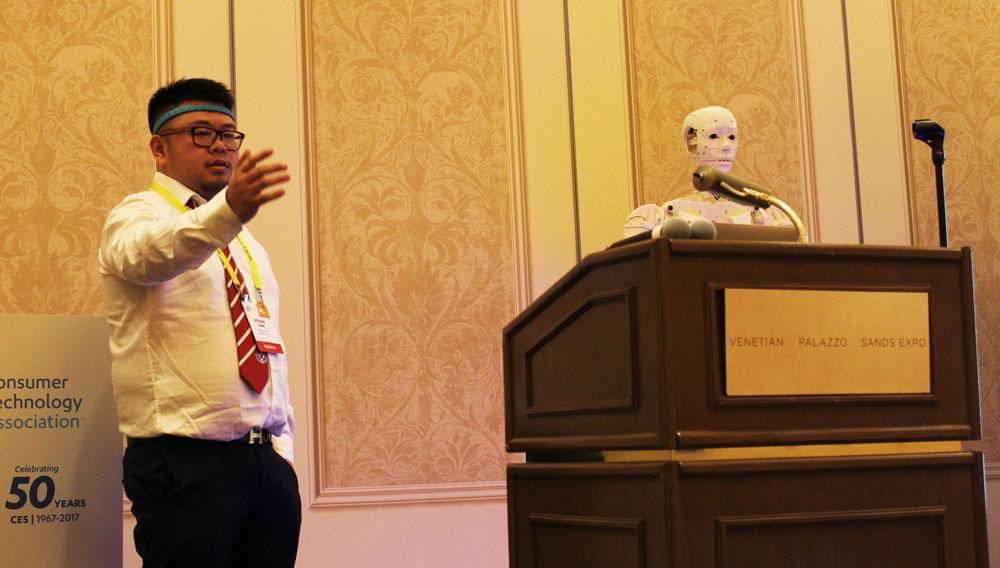 I tried using the Lucy, BrainCo’s brain-robot interface device, on the convention floor. The robot did move when I strapped the headband on, seemingly according to my thoughts. At one point, I asked a BrainCo rep, “So, can it make a fist?” and was startled when it responded by quickly balling up the fingers of its right hand. However, I never felt totally in control of its movement. Most other times, the robot’s motions felt more random than the result of me telekinetically manipulating it.

But BrainCo didn’t just return with a working demo (or at least, a product that worked better than not working at all) — they also returned with a pivot.

Brain Waves In The Classroom

“Right now, where the technology is, I think it is incredibly fun and very magical to be able to do this,” he said, referring to moving objects and switching lights with brain waves. But he suggests that BrainCo’s tech has even greater potential to help student cognition.

BrainCo has two products that aim to help students: the Focus Family and the Focus 1.

The Focus Family sharpens kids’ minds with brain training programs. These are simple interactive games that reward players for focusing their mind. One such game is Focus Oasis, in which “players can walk around the idyllic oasis and interact with a cast of characters, helping them to catch fish, grow flowers, build robots, sing, and anything else that might help the oasis to grow and improve.”

By gamifying focused attention, BrainCo hopes to help all children learn better, particularly if they suffer from attention deficit disorder.

The second and more intriguing product is the Focus 1. This aims to give educators and administrators access to data about students’ minds. An entire classroom of students could slip on Focus 1s, letting teachers understand brain activity in a way that isn't possible right now. 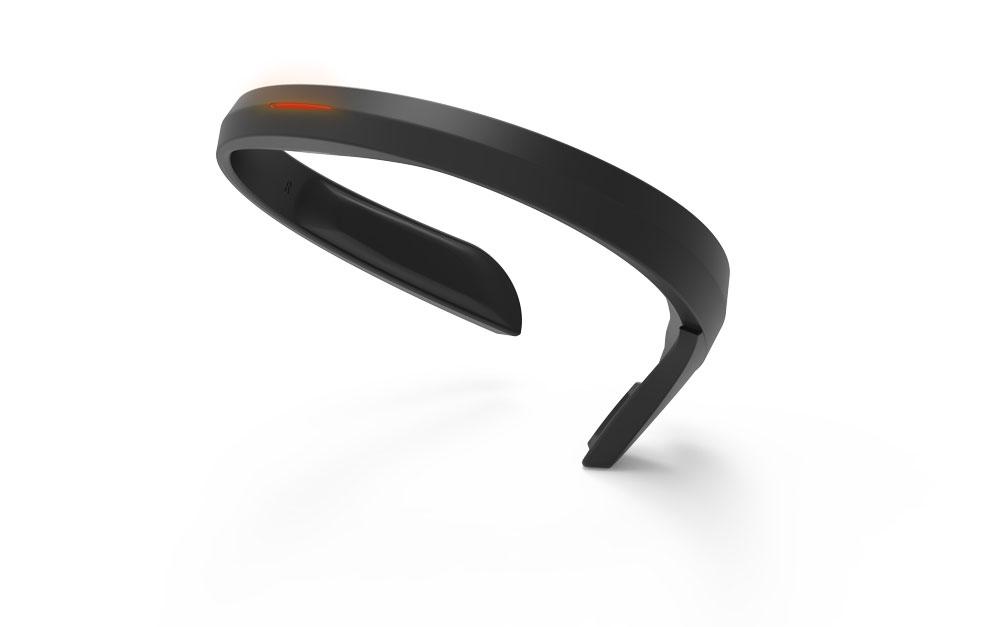 By measuring brain activity, teachers can learn if one particular lesson plan is more captivating than another. They could also learn which students are struggling to pay attention and provide that info to parents.

That’s a potentially revolutionary way of thinking about education which could help a lot of teachers, students, and parents — but only if you can get over the weird Gattaca-style, transhumanistic vibe of the concept. 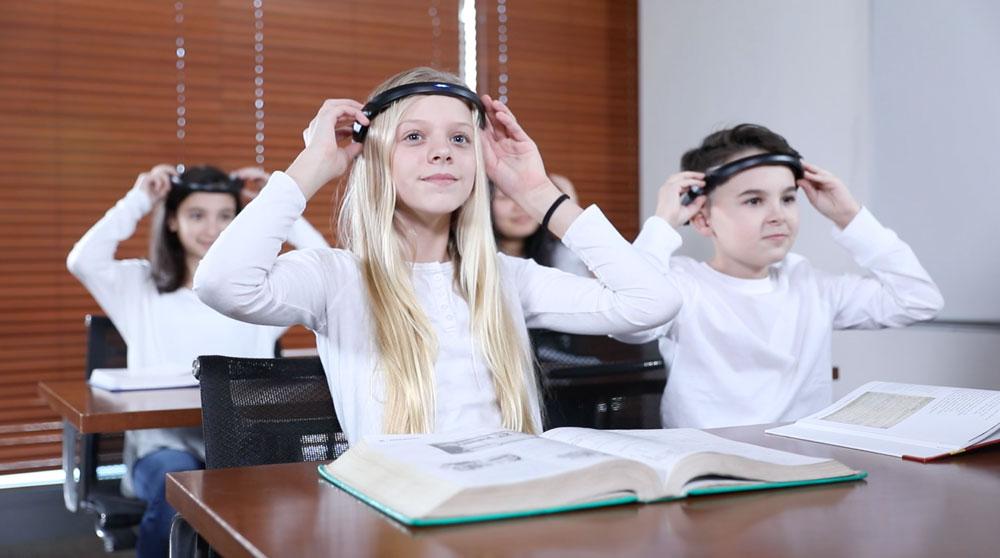 More excitingly, this technology could potentially help detect undiagnosed neurological disorders. As the Focus gathers student brainwave data, it can collect information about anomalies that might suggest a student suffers from epilepsy or depression. That could lead to an early diagnosis, potentially saving children from years of aggravation.

If you want to try the Focus yourself, Brainco is currently taking order for a limited release in April of this year.

Right now, the potential for the Focus to help students, teachers, and people with ADHD outside of a laboratory setting is purely hypothetical. That will change in March, when BrainCo will test the headbands in classrooms in China. If that test goes as well as the company hopes, then last year’s mishap might be just a road bump on its journey to improving education.

BrainCo didn’t just return with a working demo — they also returned with a pivot.