This Dog Tracker Wants To Improve Your Relationship With Your Dog

In the midst of a bustling exhibit floor at CES, there’s one easy way to capture tons of attention: bring a dog. Jagger & Lewis, a company based in France, had good reason to bring a four-legged friend to their booth — two members of the team were demonstrating the Smart Dog Collar, a dog tracker that works like a Fitbit for dogs.

“We think that dogs are a member of our family,” said Justine Jungelson, Communications Manager at Jagger & Lewis. “It’s super important to take care of our dogs and try to understand them better every day.”

How can a small box that attaches to your dog’s collar boost your relationship with Rover? We spoke with Jungelson about the product, the future of pet tracker technology, and the Smart Dog Collar’s upcoming Kickstarter campaign.

A Dog Tracker To Finally Understand Your Pet 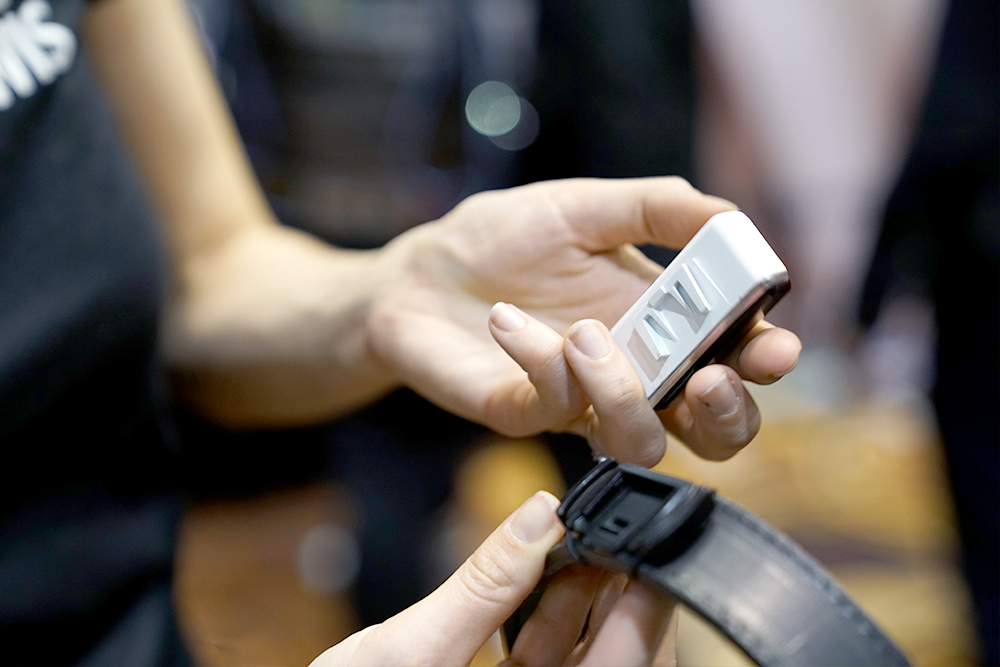 According to Jungelson, her team has worked on the Smart Dog Collar for the past 18 months alongside veterinarians and Claude Beata, a behaviorist veterinarian. The end result is a dog tracker that provides “all the information you need to understand your dogs. And if there is a problem, you are alerted and you can try to respond to it,” said Jungelson.

The Smart Dog Collar analyzes your dog’s daily activities, environmental data, and physical metrics to monitor your dog’s health and stress levels. Its software’s self-learning behavioral matrix identifies unusual behaviors and notifies you in the Smart Dog Collar app, which you can also use to check on your dog while you’re away.

That behavioral data is also accessible by veterinarians, a feature that can potentially help detect early signs of health risks. “We are not a medical device because we do not want to replace your veterinarian,” Jungelson said. “But we are the link between the two — between you as the owner and as you take care of your dogs.”

Creating A Fitbit For Dogs 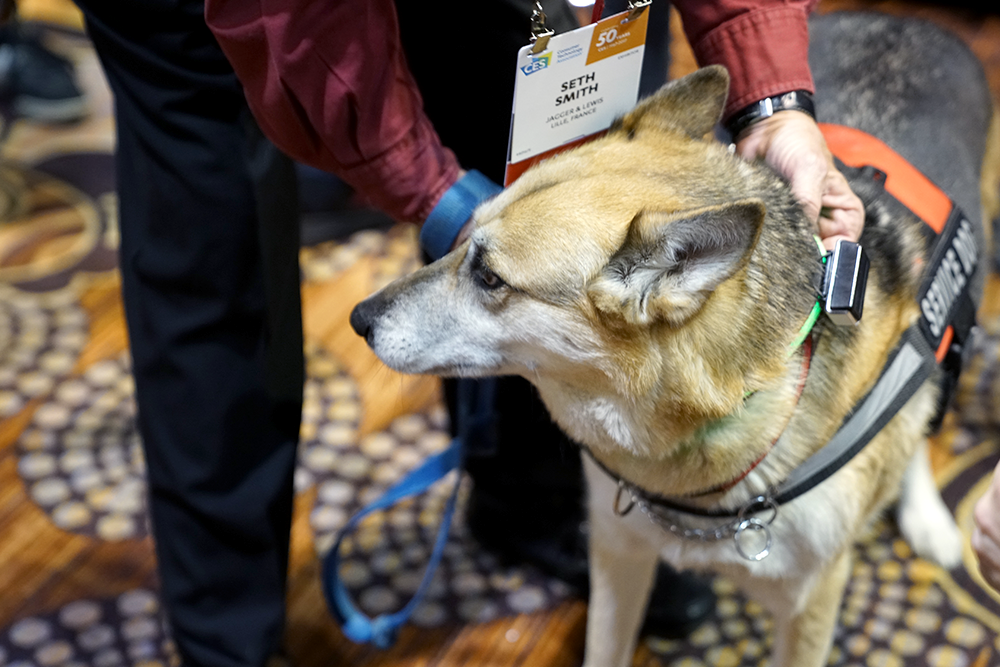 Like many fitness trackers, the Smart Dog Collar is equipped with an accelerometer and gyroscope to detect your dog’s movements. At a glance, users will be able to view their pup’s sleep quality, activity level, and even how often they’ve eaten.

The product’s name is deceiving — the Smart Dog Collar is actually a small, waterproof box that attaches to your dog’s regular collar. It lasts for a week on a single charge, and it weighs in at just a little over an ounce.

At the company’s booth, the demonstration dog — a remarkably calm German Shepherd mix — wore a Smart Dog Collar. Jungelson demonstrated the device’s ruggedness by shaking and pulling at the box strapped to the collar. “You just have to click it onto your dog’s collar, and it can’t move. Your dog can’t take it off,” she said. 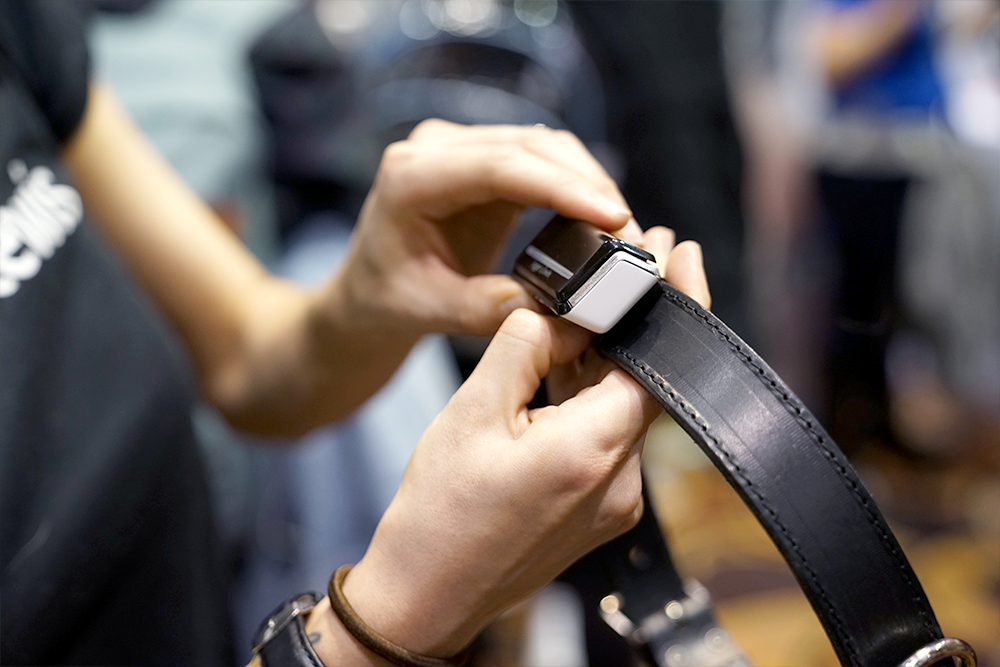 For now, Jagger & Lewis is focused on only developing the technology for dogs “because it’s important to give you very detailed information, and to give you the right information” about your dog’s health, Jungelson said. The Smart Dog Collar launches on Kickstarter on Jan. 24, and it ships internationally.

Jungelson said that the Jagger & Lewis wanted to provide “the most details possible on the dog’s welfare” for a simple reason: to “make your relationship better.”

“It’s super important to take care of our dogs and try to understand them better every day.”