Fitbit Surge vs. Moto 360 Run Tracking From A Reluctant Runner

I’ve always consciously avoided running. When I ask coworkers about their weekends, I’m always baffled to hear about all the races they’ve been running … for fun.

But when I decided to test two popular wearable fitness trackers, I thought running was the best way to understand how well they stack up against each other. After all, the rage coursing through my every step is guaranteed to enhance my critical judgement.

In one corner: the Fitbit Surge, Fitbit’s first foray into a fitness tracker with a touchscreen. In the other corner, the Moto 360 Sport, the Moto 360’s active, younger brother with one of those flashy color displays that all the cool wearable blogs are talking about these days.

However, this isn’t a contest of looks — it’s a contest of tracking ability. In a Moto 360 Sport vs. Fitbit comparison, which device will triumph? And which will help me summon the strength to force myself to run, an activity I’ve hated for so long? 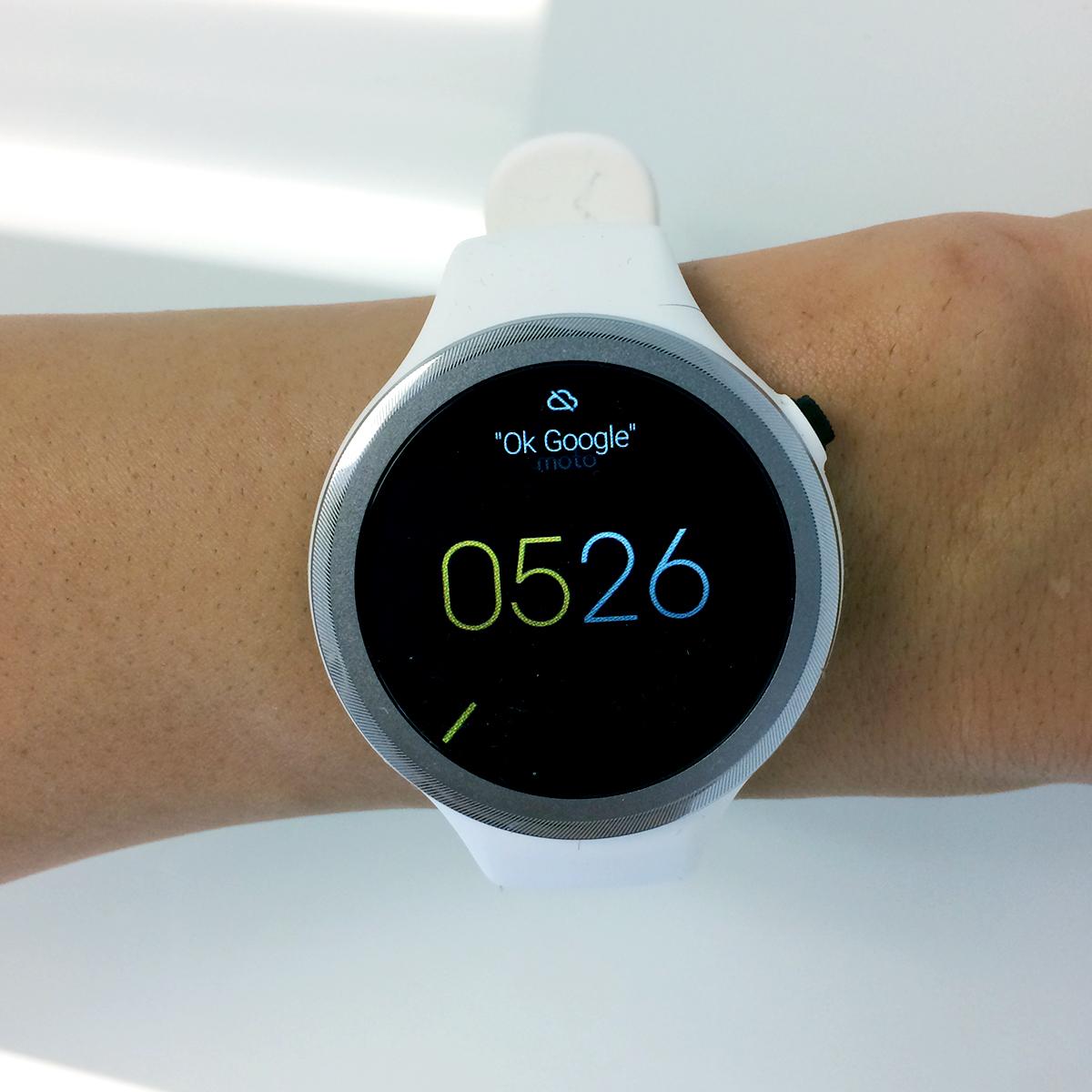 Up until this point, the furthest I’ve run is a 5K, the amateur hour of races. So, when I decided my baseline running pace for this experiment, I picked something even a child could do: 30 minutes of running at five miles per hour, or a 12-minute mile for a total of two and a half miles per workout.

I used a treadmill for a constant, reliable measurement that I could compare the Fitbit Surge and Moto 360 Sport against. My other metric of interest was caloric burn. 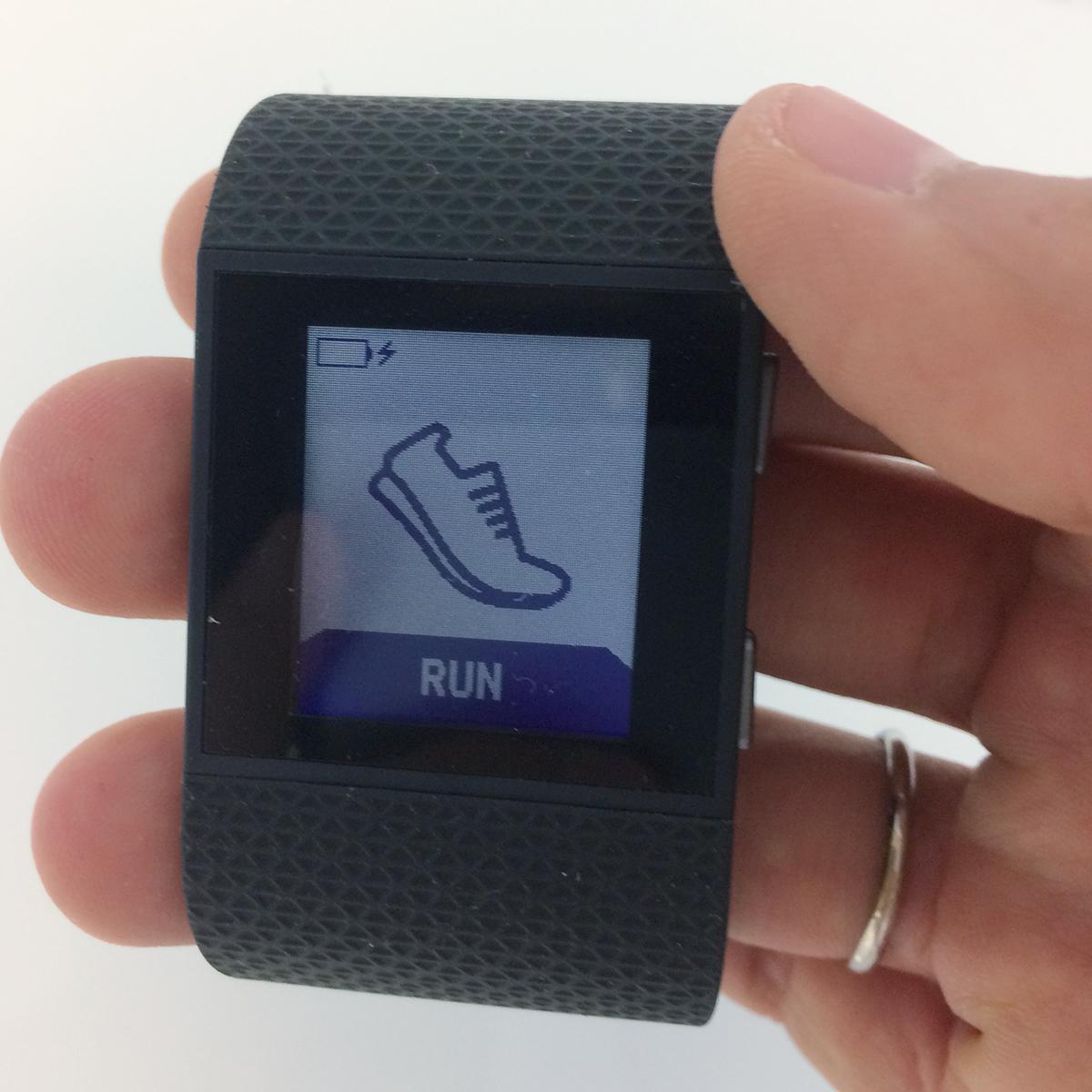 My initial idea was to wear both trackers at the same time, but I realized my dignity wouldn’t survive the stares I’d draw at the gym. You know those people at the gym that make you feel like you want to keep one treadmill’s worth of space between you and them? If I were to wear a Fitbit Surge on one arm, a Moto 360 Sport on the other, and wireless headphones in my ears, it would clear out an entire row of treadmills. So, I wore the trackers separately over a two-week period. 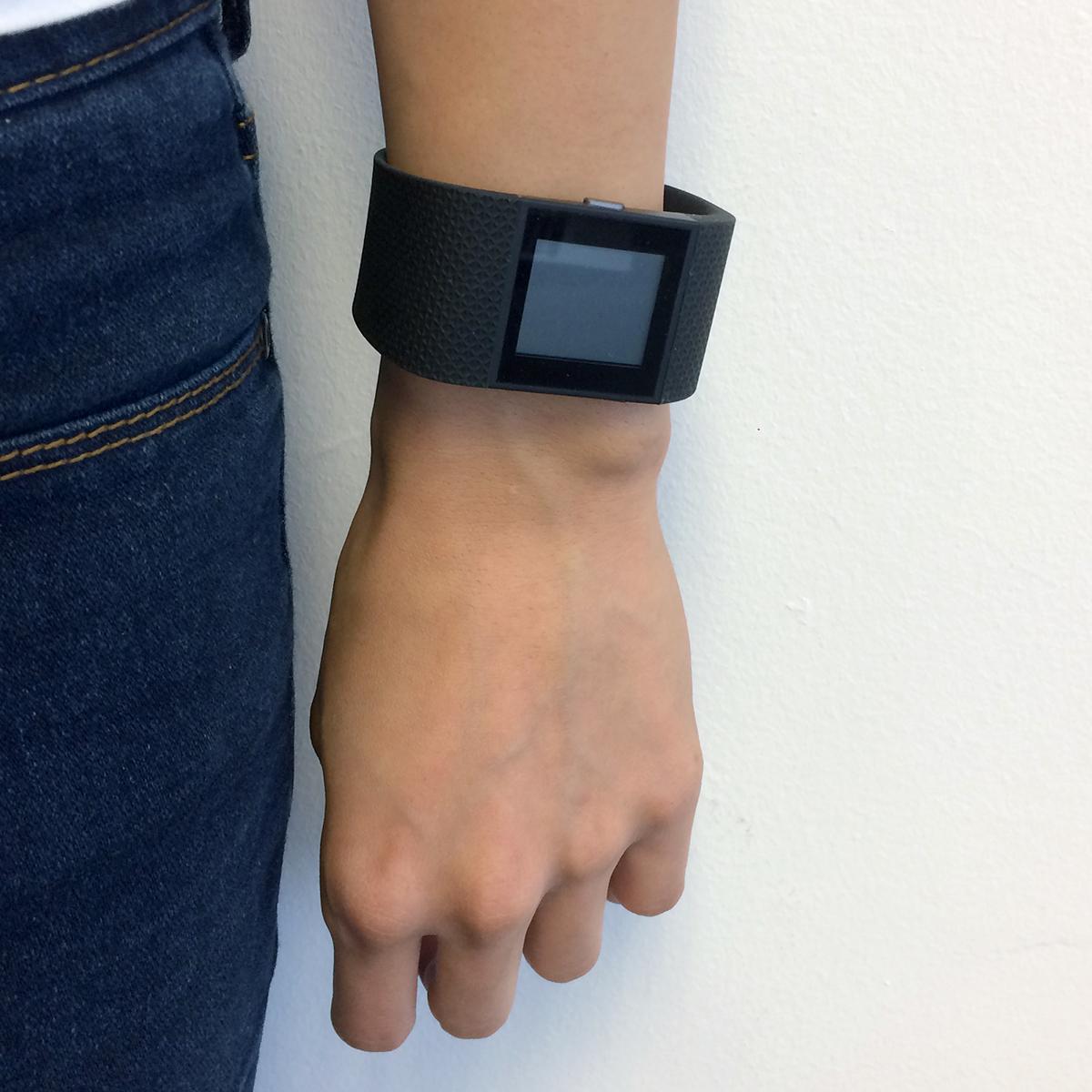 I logged six sessions of running data at three sessions per wearable. I kept track of an informal “Level of Aggravation” (LoA) metric throughout the experiment to measure my level of rage due to running. I gave LoA a scale of zero to ten.

Here was my hypothesis: my LoA will start mid-to-high (say, a six) and increase for every additional session. After a long enough time, the LoA will reach critical levels and begin spilling out of my fitness time and into my work and personal time, negatively impacting my productivity and interpersonal relationships. Eventually, my LoA will become self-sustaining, like Doc Ock’s fusion reactor in Spider-Man 2. I’ll be left nothing more than an empty husk of a man, forever doomed to mutter running terminology under his breath while his friends and family sadly look on.

Fortunately, the opposite happened. Here’s a graph of my actual LoA levels over six runs: 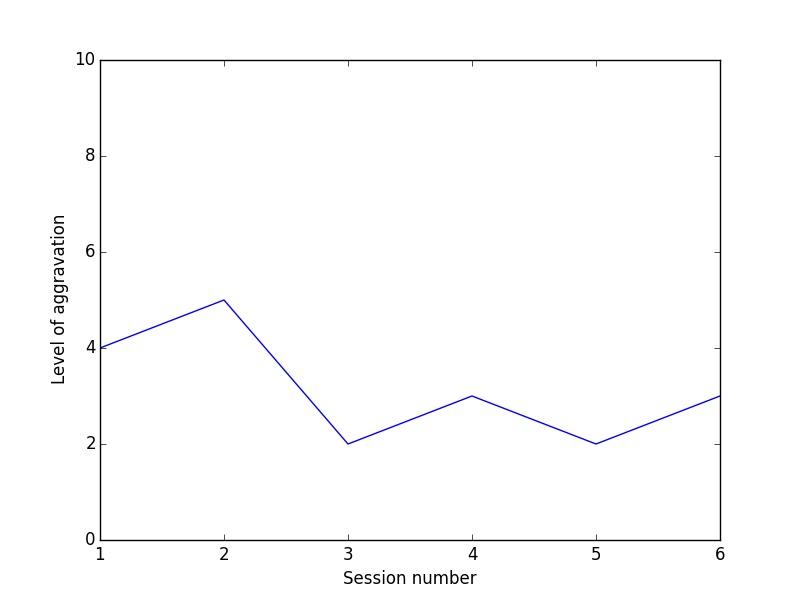 Running sessions one, three, and five correspond to runs with the Fitbit Surge. Sessions two, four, and six correspond to the Moto 360 Sport. Notice that while the LoA, on average, decreased over time, it was always higher when I was using the Sport.

The collected data is shown below, with the corresponding treadmill data collected during that same session: 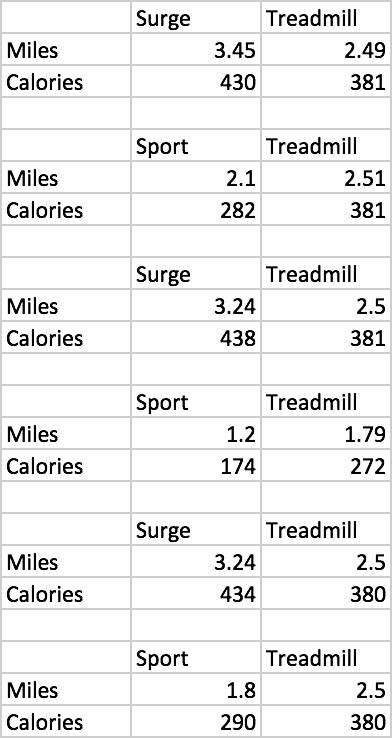 Aside from the fourth session, when I only ran 1.79 miles and then stopped early because my headphones ran out of charge, every other session was more or less the same according to the treadmill’s measurements: 2.50.1 miles and 380-381 calories burned.

However, there is a clear pattern of the Fitbit Surge overestimating the distance I ran, and the Moto 360 Sport underestimating it. Combining the three Surge sessions gives me an average distance of 3.31 miles and 434 calories, and combining the three Sport sessions gives me an average of 1.86 miles and 272 calories. For the fourth session with the Sport, I had to extrapolate what its measurements would have been if I had run a full 30 minutes: 21:27 minutes of running is 71.5% of 30 minutes, increase measurements by a factor of 1/0.715. 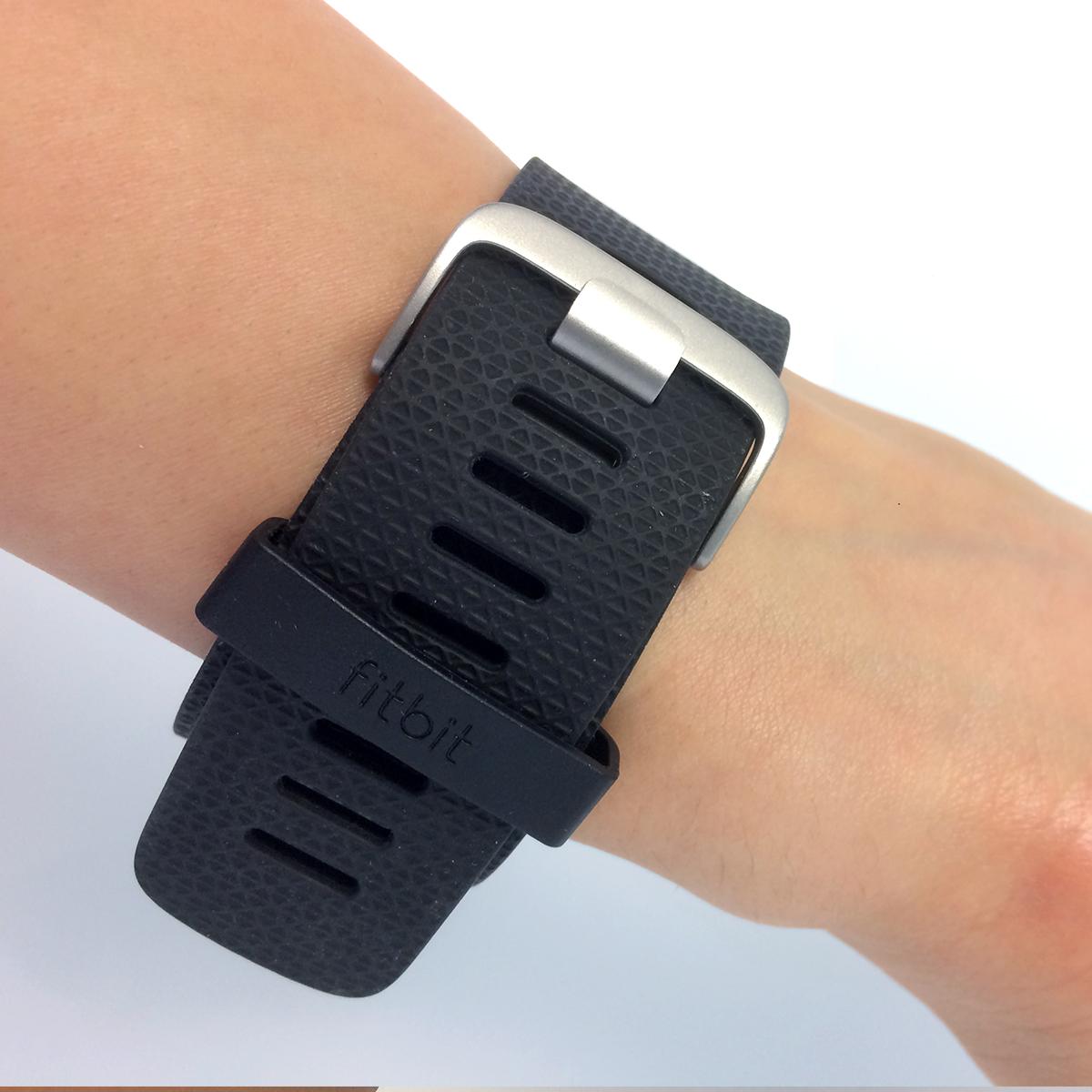 Each of the two wearables were about 25% off in their measurements relative to the treadmill. Even if you factor in my basal metabolic rate (BMR) of 98 calories per hour to the treadmill’s caloric burn rate, it overshoots the Surge’s measurements and further distances itself from the Sport. 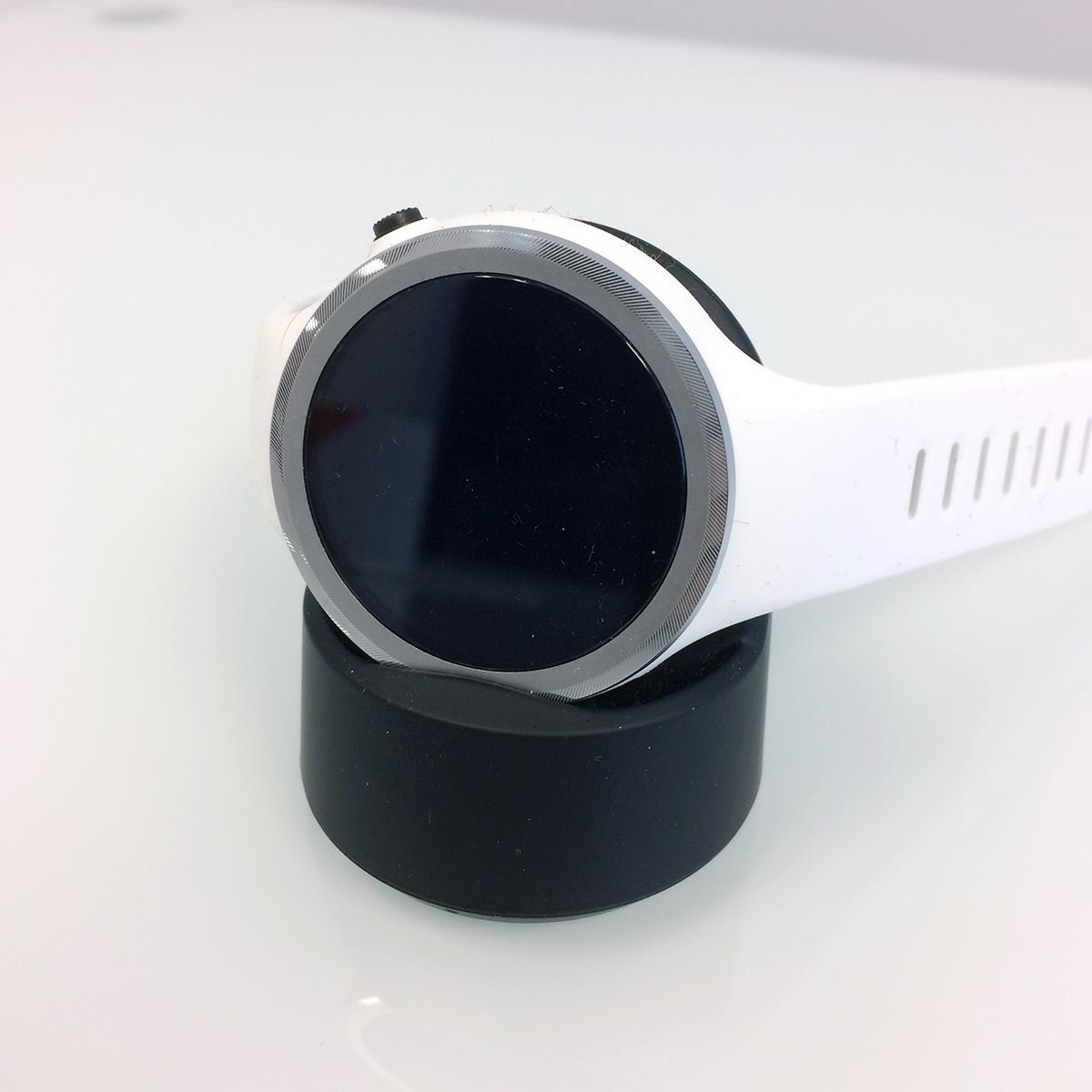 Both devices are tremendously unsexy, but they function adequately as fitness trackers. The Moto 360 Sport tries to be more of a smartwatch than its competitor by pulling notifications from its connected phone — but it’s still obviously a fitness tracker at heart. If it turns any heads, it’ll be because people are wondering why someone is wearing a Moto 360 Sport while they aren’t exercising.

To compound its problems, the Sport’s software is sluggish, and it needs recharging in less than two days — even if it isn’t being used. Its battery life made it difficult to grab the watch for a quick run.

By contrast, the Surge has a weeklong battery life and competent hardware for the task it was built for: fitness tracking. And while it may have overestimated all of my running measurements, I can interpret that as the Surge telling me I was doing a really, really good job exercising — which only encouraged me to keep running.

This experiment hasn’t fully turned me into a runner, but it has helped me see the utility in running as a form of exercise. I do it now the same way I do social studies homework: not necessarily because I want to, but because not doing it is worse than suffering for 30 minutes.

Written by Charles Showley. If you want to write for WearableZone, check out our submission guidelines here.

The furthest I’ve run is a 5K, the amateur hour of races.