Wall Street Is Having A Love Affair With The Fitbit

In the surest sign yet that wearables are mainstream, traders are snatching up Fibit (FIT) stock at a quicker pace. The buying spree was spurred in part by an optimistic report by Morgan Stanley.

According to analyst Katy Huberty, “Our checks indicate demand for Blaze and Alta were ahead of expectations, and retailers are already putting in re-orders for Blaze, which shipped earlier than the Alta.” Morgan Stanley also expects higher Q2 estimates following earnings. 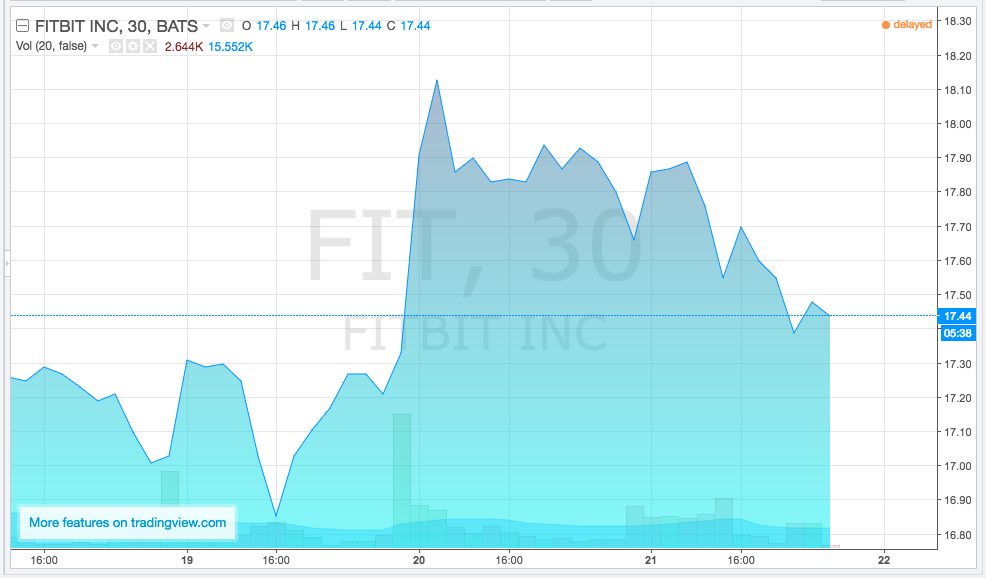 All indicators point to Fitbit being a Wall Street favorite. Call buying has been up at International Securities Exchange (ISE), Chicago Board Options Exchange (CBOE), and NASDAQ OMX PHLX (PHLX). Call volume has accelerated, too.

Simultaneously, traders who shorted FIT are covering their positions. Short interest had declined sharply throughout the month of March.

Another possible reason Fitbit is surging ahead of all wearable sellers: It was recently reported that information from a Fitbit saved a man’s life. No other consumer wearable has had a similar report, giving a big shot of positive publicity to the leading wearable brand.

In the surest sign yet that wearables are mainstream, traders are snatching up Fibit (FIT) stock at a quicker pace.