The Frictionless Future Of Health And Fitness Wearables

At the Wearable Technology Show in Santa Clara, one thing was clear: in the near future, health and fitness wearables will be intuitive, user-friendly, and seamlessly integrated into our everyday lives.

Monisha Perkash, CEO at Lumo BodyTech, shared her vision of a future in which sensors become a part of everything we wear. “There will be such intelligence built into things you already put on everyday, we’ll be able to provide a more holistic picture of you,” she said.

"We'll be able to provide a more holistic picture of you." -@mperkash @lumobodytech #WTS2016 pic.twitter.com/4eivR4eKhV

To get to that point, Mary Liz McCurdy — Business Development Manager at Google Play — believes that health and fitness companies will steadily move away from “fragmentation.” This term defines the tendency for developers (and larger companies) to operate in a silo. It’s the difference between the early smartphone landscape — in which a variety of companies held their own corners of the market — and the smartphone landscape today, in which Android and Apple are the two chief players. 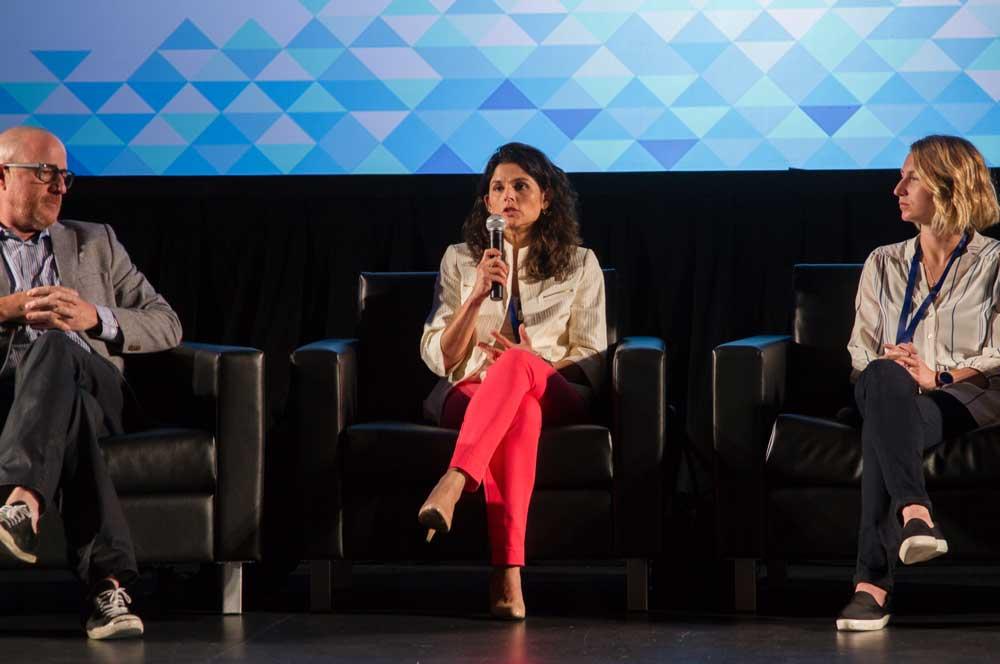 Fragmentation is arguably a good thing for emerging technologies. Without a single monopoly, innovation is able to move freely, different device designs flourish, and multiple types of devices can more easily find their niche audiences. However, the time for a fragmented market is quickly coming to a close for wearables under the larger umbrella of health and fitness devices.

McCurdy cautioned developers against operating in a silo, stating, “You need to think to think about the user and where your product fits into your end goal. If it’s a journey to get healthier, they probably also care about their sleep.”

Patrick Shea, Product Manager at Zepp Golf, identified what’s missing from health wearables: “We need to connect to users more.” He called wearable devices “drawer-able items” — devices that end up tossed into forgotten drawers — and explained that the lifecycle for health wearables is around seven to eight weeks.

"What we really want to do is create frictionless devices that can be worn by athletes always." @DrewMooreATX of @UnderArmour at #WTS2016

How can companies start to overcome that problem? Shea believes that users want to know how products will impact them. “So what?” he said, adding that the natural camaraderie of sports is missing from most devices on the market today.

To improve user experience and increase mainstream adoption, Andrew Moore — Product Manager at Under Armour — said, “What we really want to do is create frictionless devices that can be worn by athletes always.” His ideal device is one that doesn’t need charging and doesn’t have to be worn on the wrist — that way, it can be taken onto the field, court, or anywhere else and still provide a clear perspective of a person’s performance. 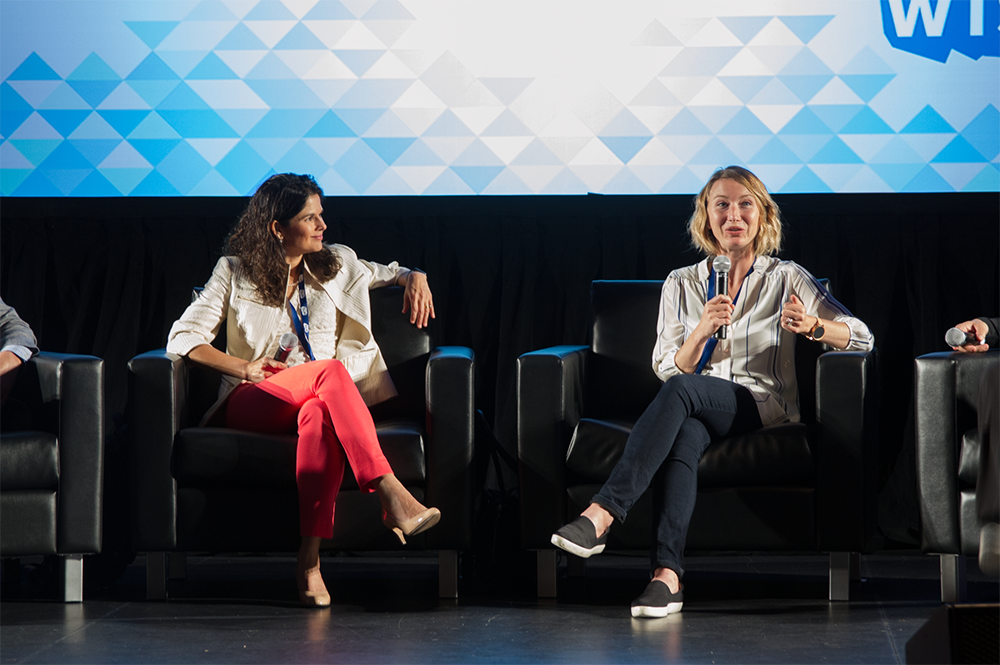 Mainstream adoption won’t happen until health and fitness wearables can combine camaraderie, as Shea mentions, with the innovations that make them as easy and seamless to use as cell phones for the right consumers.

Here’s what those innovations look like for Sensoria, a maker of smart fitness garments.

Sensoria is unique in a competitive landscape of heart rate monitoring wearables. Sharlene Sternberg, Sensoria’s Marketing Manager, spoke with about Heart Sentinel, the company’s new heart rate monitoring feature that can detect cardiac irregularities — which is a game changer for athletes with heart conditions, or those who run or cycle long distances in remote locations.

“We have tested it in a hospital setting, and it’s amazingly accurate: 98-99% accuracy,” Sternberg said.

Heart Sentinel was part of the company’s second clothing launch, which features Mara, an artificial intelligence coach, and new smart garments: a t-shirt and a sports bra. Heart Sentinel is part of Sensoria’s second version app, which already measures the user’s heart rate, heart rate variability, and heart rate recovery through a small sensor that is worn on front of the t-shirt or bra.

“A lot of times, people don’t know that they have certain cardiac irregularities,” Sternberg said. “It’d be for anybody who is training by themselves or running long distances or biking long distances … It’s going to help those people who don’t know that they have these heart problems or heart irregularities, or the people who have been told their whole life that they do. Now there’s a product they can feel safer training with.”

Sensoria’s products combine a few key features that hint at the future of health and fitness wearables. In terms of frictionless use, runners can track their heart rate and benefit from real-time coaching — without having to wear anything on their wrists. Additionally, they can run with the assurance that their health is being monitored (and the system will automatically alert emergency contacts for help if it determines the runner is unconscious), and Sensoria’s heart rate monitoring pairs with other popular fitness apps like Stava and MapMyRun.

The user experience seamless, but also customizable — an achievement that future health and fitness wearables will need to follow.

“There will be such intelligence built into things you already put on everyday, we’ll be able to provide a more holistic picture of you."