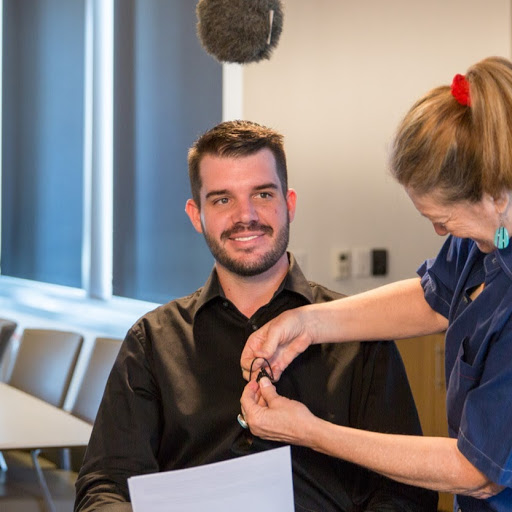 Back in 2004, Apple tried to make people like U2 by releasing a limited-edition iPod. It was black with a red wheel, and it came with a $50 gift certificate that could be used toward purchasing “The Complete U2” from the Apple Store. Does having a black and red iPod actually enhance the experience of listening to U2? No. Apple clearly just leveraged a big band in order to draw in an already existing audience.

That kind of shallow, synergistic thinking is still alive and well at Apple. The proof is in the upcoming release of the Apple Watch Nike+, a special edition of the Apple Watch Series 2. Though the device, which will release on October 28, is targeted toward runners, Apple hasn’t actually made any real changes that make it true running watch. Instead, it features a watch band that’s full of holes and a few custom watch faces. 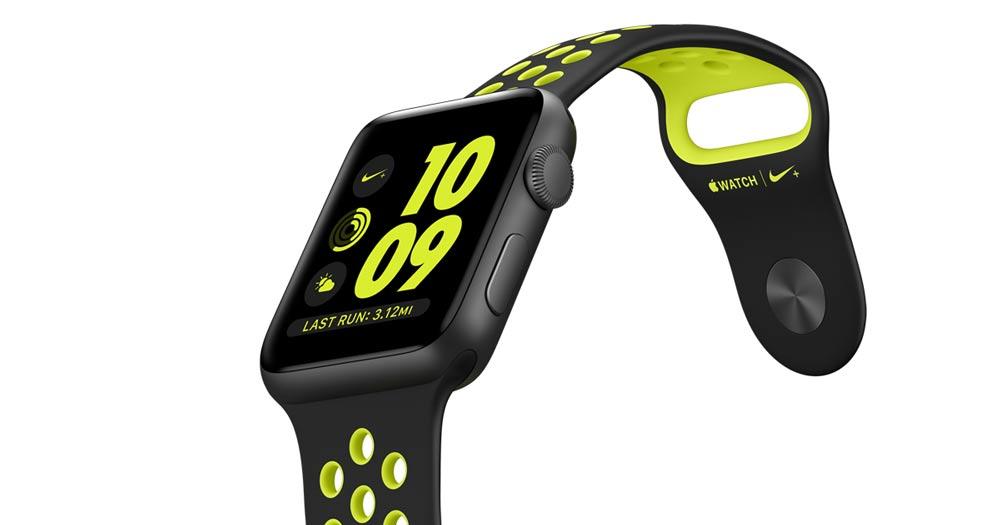 Those minor changes aren’t enough to alleviate the frustrating problems I had with the original Apple Watch. I run at least five times a week, and I bought it with the sincere, optimistic hope that it would help me better understand my runs. But after just a few weeks, I switched to a Garmin Fenix 3 HR and never looked back.

Garmin has been singularly focused on making fitness watches that serve the running and fitness community — and it shows in products that collect and display pro-trainer-quality data.

Apple, on the other hand, has some catching up to do.

Buttons Are Better Than Touchscreens

Let’s start with the basics.

If the the watch is difficult to use during a run, then it’s not fit to be a running watch. Unfortunately, this problem is inherent in the Apple Watch, or any watch that relies on a touchscreen. Touchscreens are difficult to use with wet hands. And when my hands were damp (like when I was sweating, for some reason), then the Apple Watch rarely read my touch accurately.

There were times when I wanted to pause my run at a stop light, and I was reduced to wiping my hand on my shirt in order to dry it enough to make my watch usable. But even then, the moisture caused the watch to misread my input, and I accidentally ended my run instead of pausing it. This might be because I don’t exactly have the daintiest fingers, however that doesn’t make those errors any less frustrating.

My Garmin Fenix 3 HR, on the other hand, has huge buttons that are impossible to miss. They work even if it’s wet or muddy. I’ll admit that I was worried at first that the button-based interface would would be clunky, but after a little experience, I actually found it easy to navigate through the watch’s features and functions.

Easier usability alone makes Garmin watches a better choice for runners. But the case gets even stronger when you look at the data they provide.

Garmin products are compatible with Ant+, wireless tech that allows other monitoring devices to communicate with each other. This feature allows me to capture a ton of data about my runs.

For example, I can pair it with a thermometer in order to capture the minute-by-minute temperature during my run. With a paired heart rate monitor, I can also get granular data about my running form. This includes precise data about my pace, cadence, and the amount of time I spent on each foot. I have a knee injury, so I tend to favor my good leg when I get tired. The charts that Garmin produces actually show me the moment that my form starts to break down. That empowers me to know my weak spots and be more deliberate about improving. 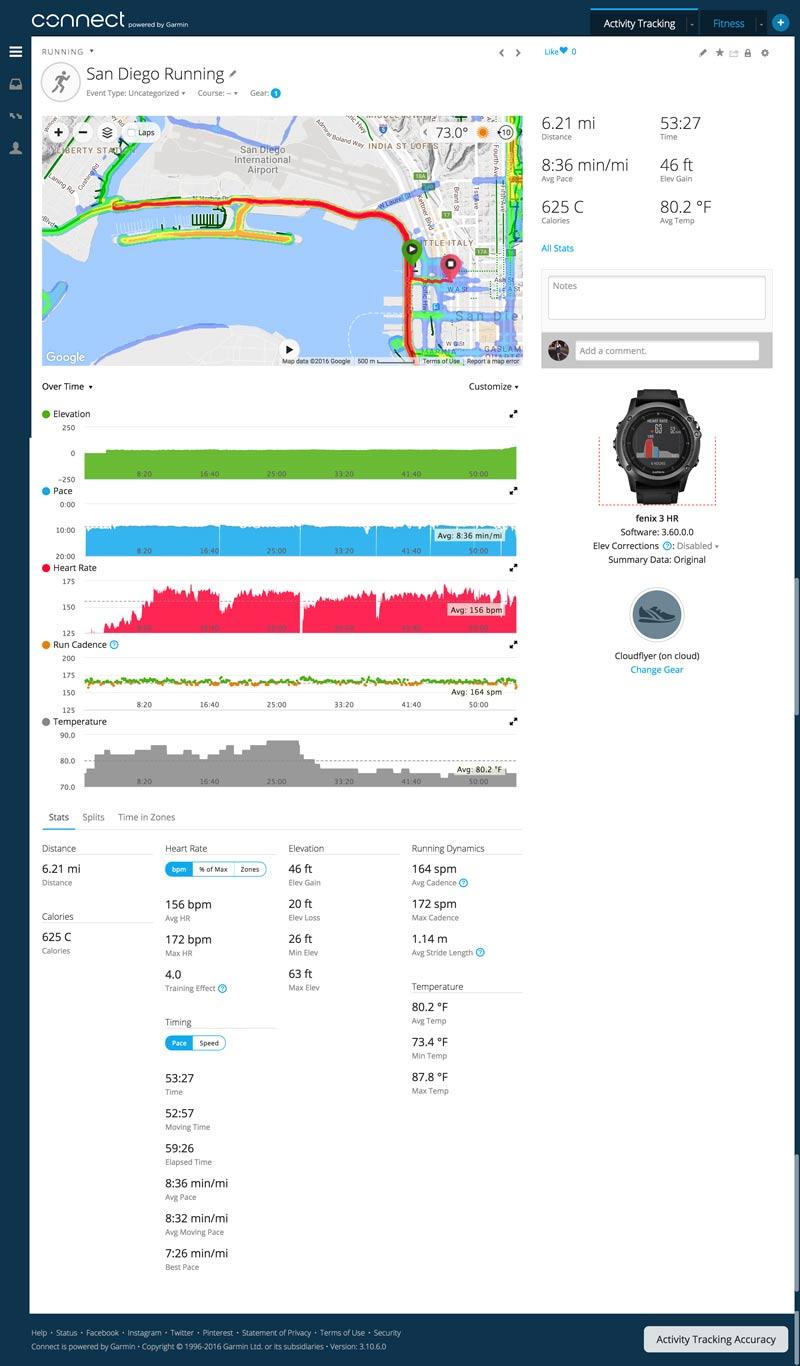 Garmin is also much smarter about race training. For example, if I’m running a 5K, I can set a goal time and then set particular intervals. After I pass those intervals, the watch will tell me whether or not I’m on pace to hit my goal. When I used the Nike+ app, it only informed me when I crossed the halfway point.

To keep pushing yourself, you can also “race yourself.” During a new run, you can pull up a previous run along the same route. It will tell you whether you're running faster or slower than your previous performance. You can even set alerts that let you know about problems that might crop up during a run. For example, if I’m running at a pace that I know is below my standard, or my heart rate rises above a particular level, my Garmin can alert me right when it happens.

On top of that, the watch face of the Garmin Fenix 3 HR is incredibly customizable. You can add or remove several data fields to show you the info you want to know during a run on a single screen. On the Apple Watch, I had to scroll back and forth in order to see the same data — which, again, was tougher than it had to be because my hands were wet.

Garmin also features a “race predictor” feature that estimates your performance based on collected data. I was skeptical that it could possibly guess your race time with any degree of precision. In fact, when I was preparing for a 10k, I didn’t think I could run at the projected pace. But Garmin wound up being surprisingly accurate.

I’m not going to deny that the model I chose is pretty pricey, more than twice the cost of the Apple Watch Series 2. But before you judge it on that fact, keep two things in mind. Firstly, Garmin offers more affordable watches with similar features, such as the Garmin Forerunner and Garmin Vivoactive. If you’re a runner who wants to buy something closer to the Apple Watch’s price point, get one of those instead.

Secondly, my Garmin is worth the higher price tag because of its built-in functions for tons of other sports, like golf, stand up paddleboarding, kayaking, and hiking. And they were all built with the same level of comprehensives as the running function.

The hiking features in particular are incredibly powerful. With Garmin Basecamp, I can plot routes on my laptop. 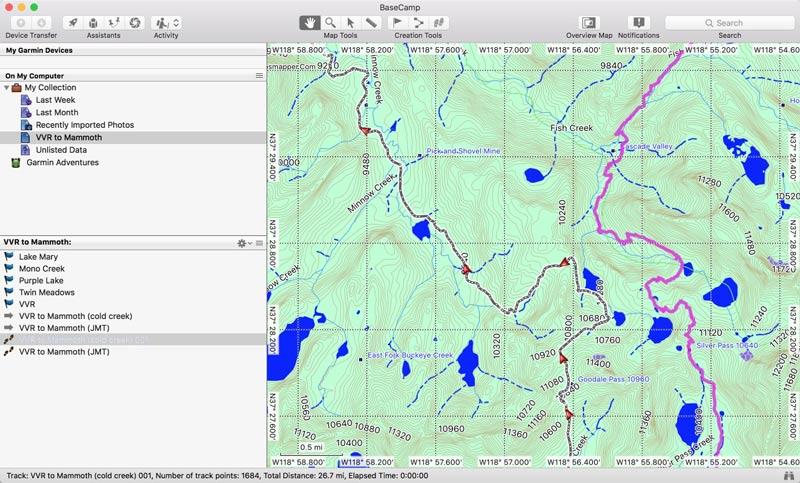 I can then track my progress on my Garmin, even off the grid. 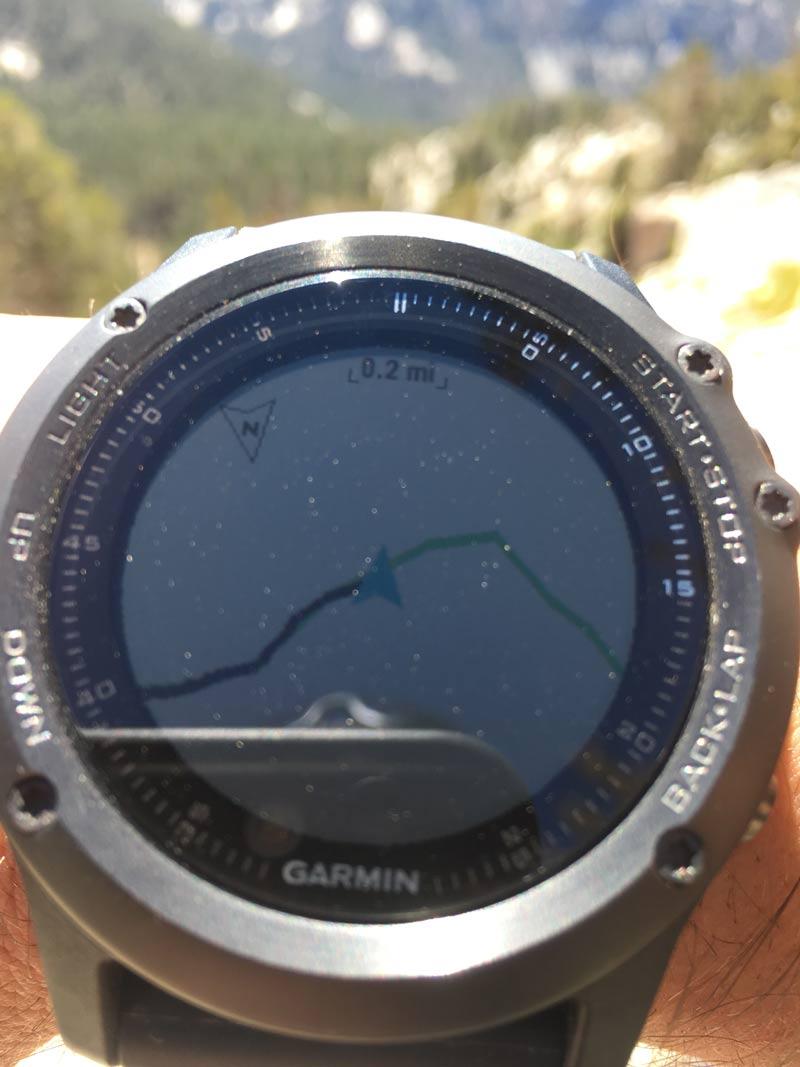 Whenever I come across something cool, I can mark it on the map via GPS so I know its exact latitude and longitude. I can also set new waypoints on the fly. But the downside is that it doesn’t trace a path to your new destination. Instead, it gives you directions, and you have to find your own path.

It’s stunning how accurately it’s able to track my position. It seems that even when I’m just two feet off of the trail, it sends me an alert that I’m veering off of the path.

To give credit where it’s due, the Apple Watch does handle notifications better than Garmin. With the Apple Watch, I was able to get very specific about which notifications I wanted my watch to receive and which I wanted to ignore. This was handy since, as the CTO of a growing company, I get a ton of emails, and I don’t wanted to be notified about them during a run.

But with my Garmin, it’s either all or nothing. So you can’t choose to ignore emails while still accepting texts. For that reason, I usually turn the notifications feature off.

Don’t Just Do It

I want to be clear that I’m not some knee jerk anti-Apple contrarian. I did, after all, buy the Apple Watch first before considering other options. My phone is even an iPhone 7+. But Apple needs to make some dramatic changes if they hope to be taken seriously as a running watch.

If you’re looking for an all-purpose smartwatch, then by all means get the Apple Watch Series 2. But if you’re an athlete who really wants to harness data in order to improve your performance, then Garmin is still the best in the game.

If it's difficult to use during a run, then it’s not fit to be a running watch.