It wasn’t until I started religiously wearing a smartwatch that I realized I was constantly playing a game of catch-up: either my phone was dying or my Pebble Time Round was.

No one wants to live with dead electronics, but your options for combatting a short battery life are slim. You can cart around a bundle of cords and hope for an available wall outlet, or you can plug your device into a portable charger. But what if you need to charge more than one device? And what if you need something more reliable than a tiny portable battery charger that dies after one use?

Fortunately, Go Puck has you covered. At CES, I spoke with Diego Velasquez, Go Puck’s co-founder and Marketing Manager. Here’s why this wearable battery turned our heads — and why a wearable battery makes so much sense.

Born From Irony And NASCAR 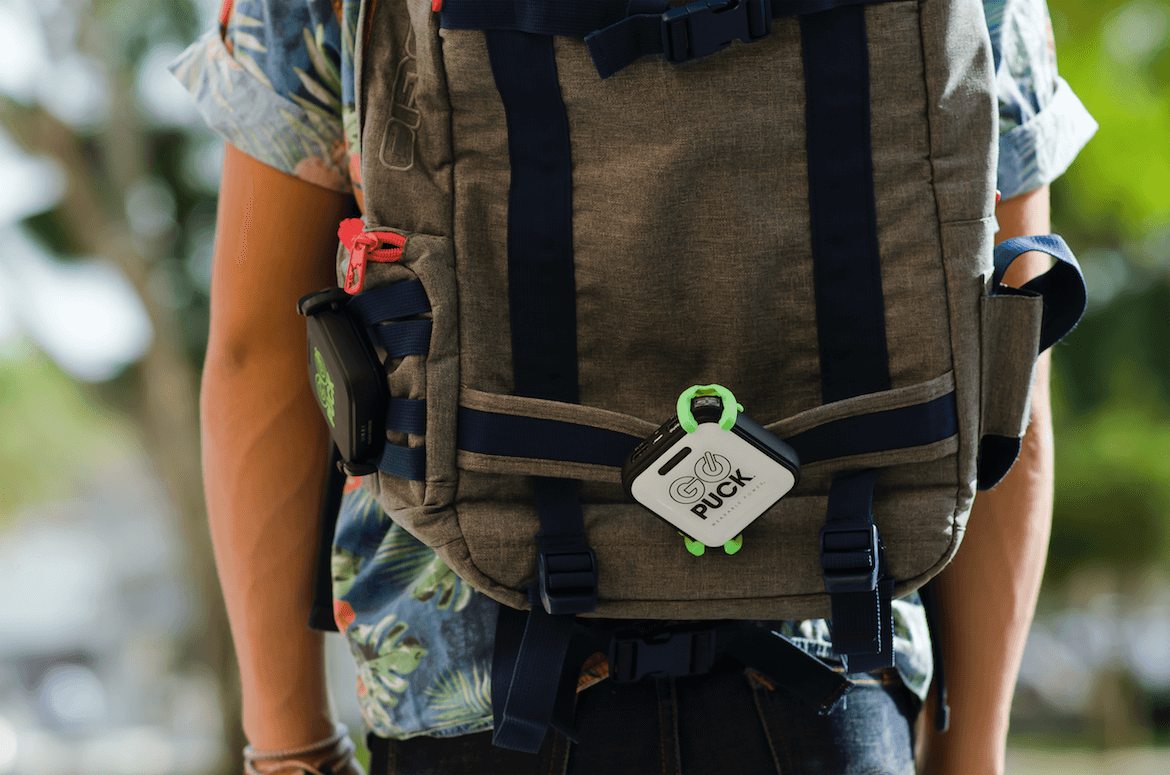 Blake Fuller, Go Puck’s founder, saw an opportunity in the motorsports industry. In a quest to make his car lighter, he realized that all car parts could be upgraded — except the battery. “Suddenly, he was onto something,” Velasquez said. “You don’t need all this excess.”

Fuller’s idea became Braille Battery, which went on to pioneer batteries for major names in motorsports like Formula One and NASCAR. But soon, Fuller faced full irony: while the cars benefitted from powerful, lightweight batteries, Fuller would “be at the racetrack and his phone is dead, and his GoPros that he has mounted on his car are dead,” Velasquez said.

“We need a battery that’s small enough to fit in the pocket comfortably, but it also should have the ability to work with my cameras, be mountable, put power wherever I need it,” Velasquez said. “And that’s where Go Puck grew from.”

True to its origins, Go Puck is built to move: the square power bank is comparable in size to a deck of cards. Its smooth surface is easy to grip, whether you’re slipping it into a pocket or attaching it to a GoPro mount to charge your camera while you record. And, perhaps most important of all, the Go Puck line features devices that suit a range of uses and price points. The Go Puck 6XR, the company’s high-end model priced at $99, features 9000 mAh capacity, dual USB outputs, and Qualcomm Quick Charge 3.0.

One Portable Charger, Many Applications

Velasquez explained that Go Puck’s ideal consumer is the person who lives an active lifestyle. “People on the go,” he said. “The people who do have GoPro cameras because what are out and about and they want to film it.” He also pointed out that content producers and people with extra gear would benefit from Go Puck’s powerful charging and portability.

But the device also has unexpected enterprise applications. “We just got our first hospital locally in Florida. Instead of having to buy multiple iPads to run during one day because your iPad will inevitably die, now you just have one power source that you can charge up,” Velasquez explained. “It’s much cheaper than buying an iPad.”

The device also crosses over into law enforcement applications, particularly with body cameras. “Running your camera all shift is an issue,” Velasquez said. “There’s an interesting partnership that we have with a company called Intrensic. They utilize the GoPro Session camera, and we partnered with them so they can now power the Session all shift.” 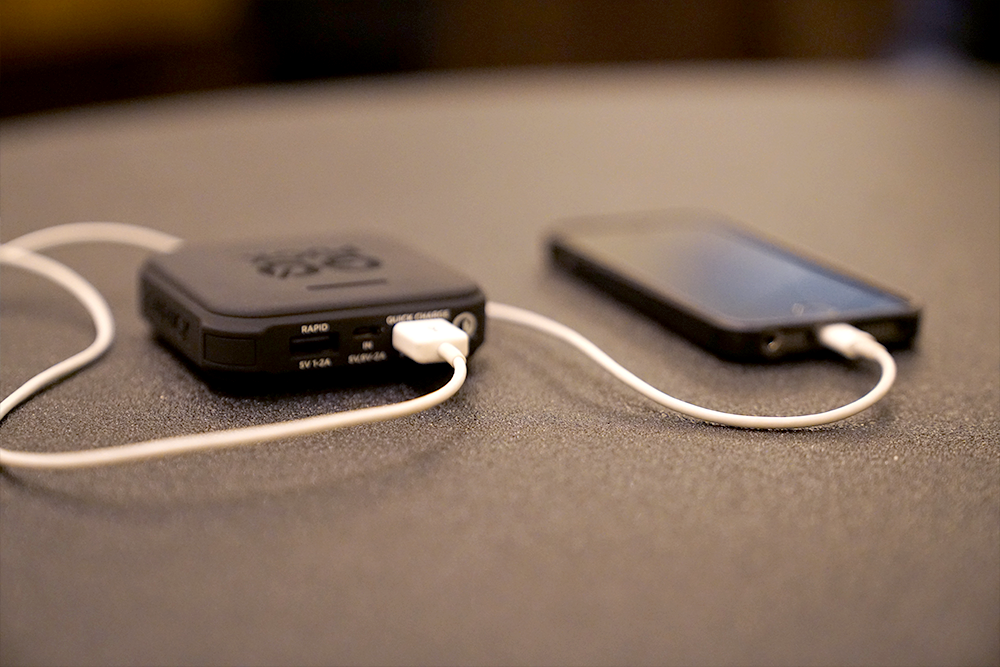 While a cheaper portable battery charger may exist, few devices can claim Go Puck’s sleek aesthetic. It’s a power-packed device designed to be worn, affixed into a mount, or just thrown into a bag — and in a world of techy excess, I admire a product that’s eye-catching in its minimalism.

“It’s small enough to fit in your pocket but charge all your devices, and multiple times,” Velasquez said. “And that’s what we really try to be the best at.”

Correction: A previous version of this article misidentified the name of Fuller's company, Braille Battery.

“You don’t need all this excess.”