Google Glass 2: Everything We Know So Far

All the way back in January 2015, Google announced that it would stop selling its much-criticized Google Glass. However, the tech giant insisted, this didn’t mean that Google Glass was dead. It was merely moving on to develop a bigger and better version of the product.

In July 2015, Tony Fadell, founder of Nest and current Google designer, explained that Google was dedicated to testing and iteration. That kind of product development can happen quickly with a virtual product, like Gmail. But it’s a different story with a physical product.

"When you are dealing with actual atoms — hardware — and you have to get manufacturing lines, and it takes a year or more to develop that product, you better understand what it is and what it's trying to do and specifically what it's not going to do,” he told the BBC. “Customers have to spend money to buy those atoms. They want something that delivers value, or you end up with a real disappointment and you can spoil the market."

Nearly two years later, how much closer have we gotten to new version of Google Glass? Google is a secretive company, so it’s hard to say. Since Glass is a product of Google’s even more secret skunkworks facility Google X, it’s even harder to say.

But there have been a few leaks, reports, and government documents that hint at what the next generation of Google Glass will be like. Here’s what we know so far.

According to information obtained by 9to5 Google, the new device is internally named “Google Glass Enterprise Edition.” This indicates that it will be built to help organizations work more efficiently, rather than your average consumer. Incidentally, enterprise use was already one of the most common applications of the product, despite its attempt to be consumer-friendly. Recently, Siberian scientists used Google Glasses to study an individual's proneness to brain disease.

Notably, more established smart glasses companies are already working in the enterprise space. Vuzix, for example, uses their smart glasses to help industries as diverse as logistics and medicine. They intend to release a consumer-facing product at CES 2017.

Google Filed A New Version of Google Glass With The FCC

Electronic equipment that is marketed in the United States has be submitted to the FCC’s Office of Engineering and Technology. The feds want to make sure that new gizmos conform to technical standards and don’t interfere with other technology.

Google filed information about the new version of Glass in July and December of 2015. The filing includes a few images of the device, which looks remarkably similar to the old version of Google Glass. However, since this filing is only for technical compliance, it’s possible (and likely) that the final product will look different. 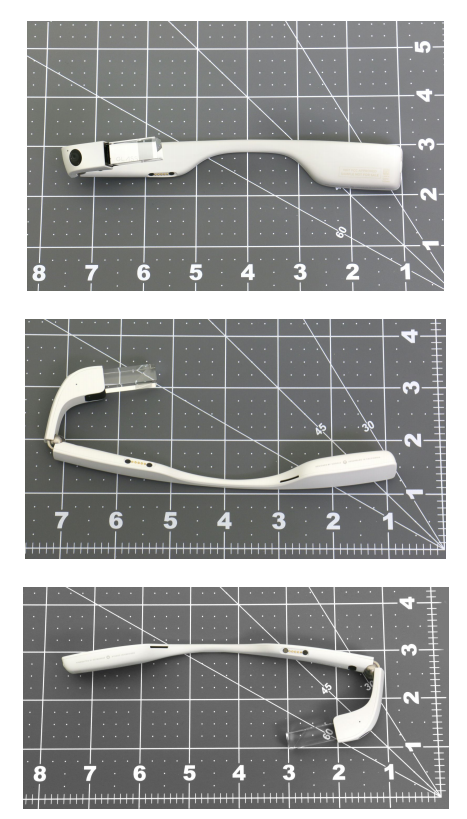 Most early users thought that the Google Glass wasn’t ready for prime time based on sheer technical capabilities alone. The camera resolution was a fuzzy 5MP. The battery lasted just a few hours, or only 45 minutes if you were recording video. And the device was prone to overheating, leading to the much-loathed “Glass needs to cool down” error message.

According the FCC filing, Google hopes to overcome those problems with souped-up technical specifications.There’s a new, faster (and cooler) Intel processor. It also will include 5GHz WiFi support for faster connections. 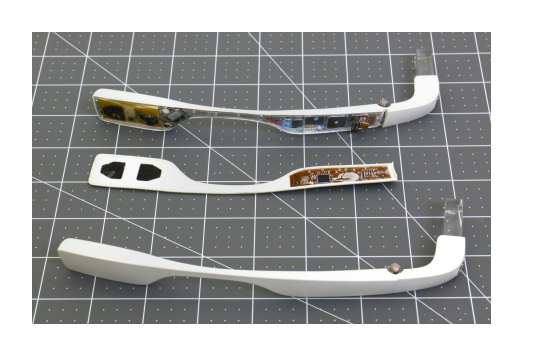 Sadly, the filing is limited only to information that the FCC wants to look over. It will remain to be seen if Google also overcomes the battery and camera issues.

Luxottica Was Hired To Design A New Version Of Glass

While people had some gripes with the technology, equal scorn was shoveled on its design. Google called these pilot users “Explorers,” but others had a less endearing name for them: “Glassholes.”

To encourage people to wear the glasses without embarrassment, Google hired eyewear brand Luxottica to design future smart glasses. Astro Teller, Google Vice President and head of Google X, hopes to leverage Luxottica’s expertise to establish themselves in this new, budding field. "We are thrilled to be partnering with them as we look to push Glass and the broader industry forward into the emerging smart eyewear market,” Teller said in a press release.

The press release also says that the resulting product will “combine high-end technology with avant-garde design, offering the best in style, quality, and performance.”

The Future Of Google Glass 2

New information is slim at the moment. Follow WearableZone for updates as we get a clearer idea of what smart glasses and augmented reality fans should expect for the Google Glass 2.

There have been a few leaks, reports, and government documents that hint at the next generation of Google Glass.