The "Smart” Contact Lens: Can It Really Treat Diabetes?

You'd wear smart tech on your wrist. You'd wear it on your clothes. But would you wear it in your eye?

In January 2014, Google announced that it was testing a prototype "smart" contact lens to monitor blood glucose levels in people with diabetes. In March 2015, Google's patent was approved. This project marks the tech giant's first attempt at creating a simple, noninvasive method for diabetics to manage their disease.

According to the official Google blog, the smart contact lens prototype contains an antenna that's thinner than a human hair, plus a tiny wireless chip and glucose sensor that are embedded between two layers of contact lens material.

Google is protective of its prototype, so we don't have specific details of how it works. Here's what we do know:

The smart contact lens is an "eye-mountable device" that includes a "sensor apparatus" configured to detect at least one "analyte" (i.e. glucose) from the tears of the individual wearing the product. The lens would generate one reading per second and then transmit those results to the patient and doctor in real time. (Google has yet to specify how that data would be transmitted.) 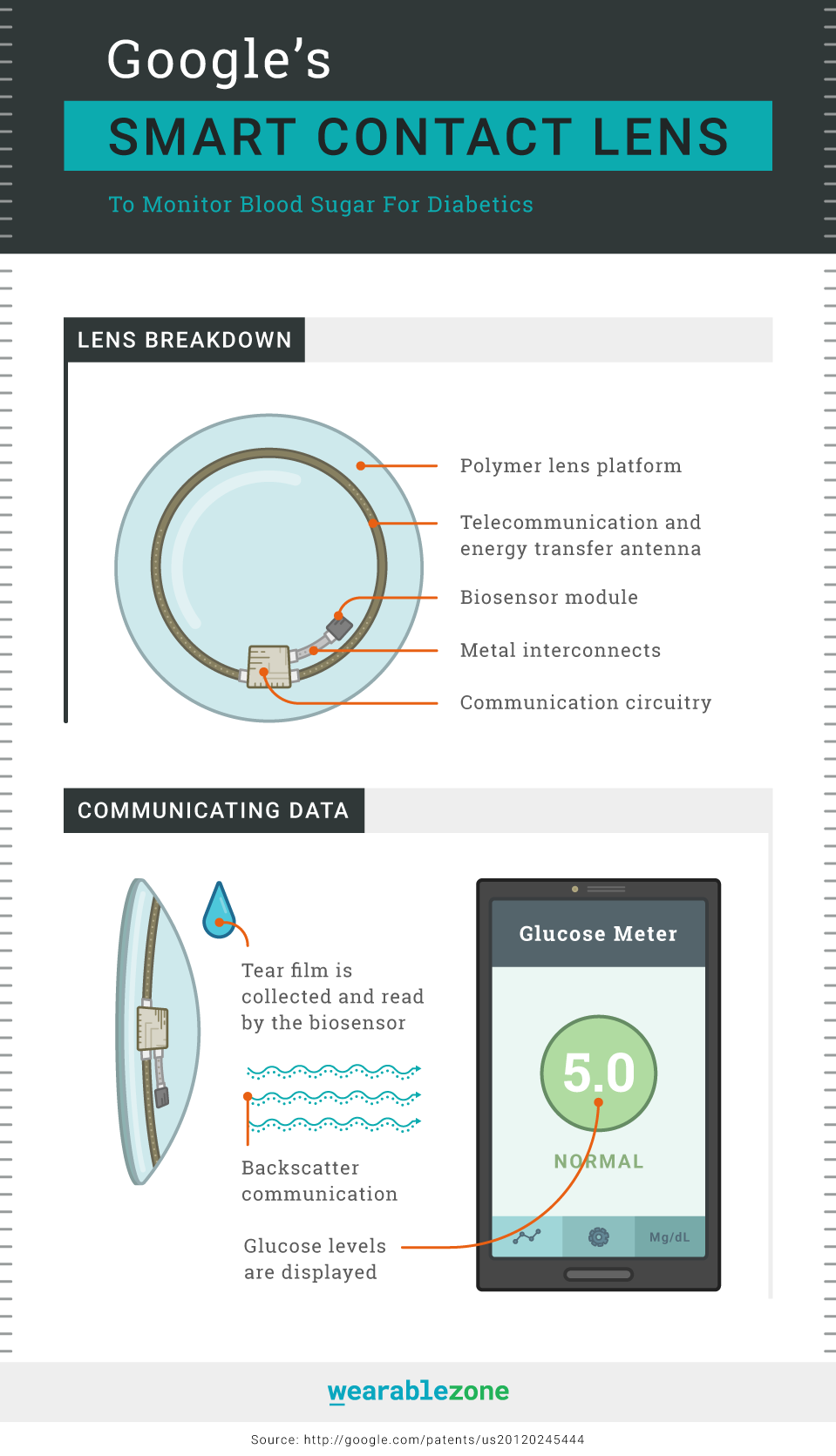 When Will Smart Lenses Be Commercially Available?

Six months after Google introduced its prototype to the world, it announced a partnership with Novartis, a Swiss pharmaceutical company, to license the "smart lens" technology to their eye care division. Joe Jimenez, chief executive of Novartis, said in an interview that the pharma company had previously tried (and failed) to develop noninvasive glucose tests, including its own glucose-monitoring contact lenses.

Previously, Novartis lacked the technological expertise to create parts that were small enough to fit on a contact lens. Google's team of engineers are the fix to that problem.

But don't expect big changes to happen overnight. We're still at least three years away from seeing the smart contact lens go to market. The lens prototype has completed multiple clinical research studies, but it will have to undergo human clinical trials and get FDA approval before it can be made commercially available.

Plus, as Jimenez acknowledged, it's too early to estimate how much these lenses would cost once they are up for sale. 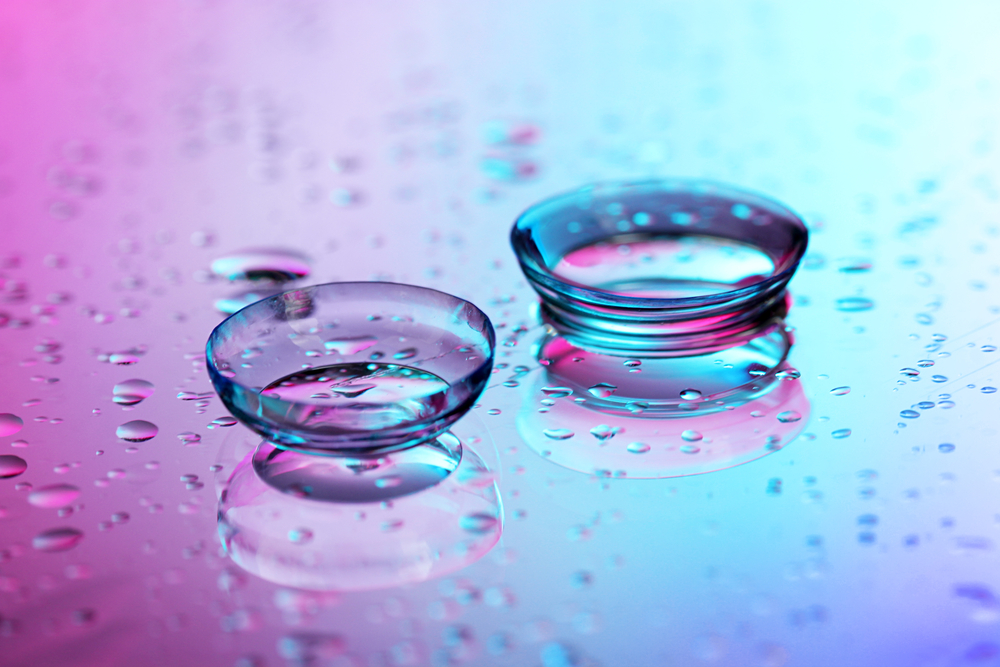 Diabetes affects one in 19 people worldwide. It can lead to stroke, heart disease, kidney disease, nerve damage, eye disease, and more. However, if blood glucose levels are kept within their target range, diabetics can delay or lower their risk of complications.

For this reason, diabetics have to be vigilant about monitoring their blood glucose levels. But that's no easy task. To conduct blood glucose readings, patients have to prick their fingers multiple times a day. The process is painful, disruptive, and expensive — which makes it difficult for diabetics to properly manage their disease.

Google’s smart contact lenses would offer a less invasive alternative for patients to keep their diabetes under control.

"Our dream is to use the latest technology in the miniaturization of electronics to help improve the quality of life for millions of people," Alphabet President and Google co-founder Sergey Brin said in a press release from Novartis.

What's Next For Google And Wearable Tech?

Google's smart contact lenses were created by Google X, the super-secretive “mad science division” that also developed Google Glass and the self-driving car. But Google X isn't the only division with ties to biotechnology. In 2013, Google founded Calico, a biotech company charged with reverse-engineering the human biology that controls aging. In August 2015, Google’s life sciences group (formerly part of Google X) became a standalone company. The group collaborated with Stanford and Duke's Schools of Medicine to develop the Baseline Study, a big data project aimed at understanding disease prevention.

"(The life sciences group) will continue to work with other life sciences companies to move new technologies from early stage R&D to clinical testing — and, hopefully — transform the way we detect, prevent, and manage disease," Brin said.

As cutting-edge technology integrates with long-term health, it's no surprise that Google is taking the lead in addressing the world's most pressing medical problems.