The life of a top-tier athlete is gruelling. They frequently have to wake up early to train, work until their body reaches its limit, and then prick their finger in order to bleed onto a testing strip.

That last part may not be mentioned in Nike commercials, but it’s essential to measure an athlete's lactic acid level. This is the chemical, generated by physical exercise, that causes your muscles to fatigue. By measuring lactic acid, athletes can get more accurate information about recovery time and fatigue to give them an edge over their competition.

Since lactic acid testing is expensive, time consuming, and involves actual bleeding, it has traditionally only been done by the few athletes who reach the highest levels of their sport. But thanks to K’Track Athlete, a recently announced wearable from French company PKvitality, more people might learn how their biochemistry impacts their athletic performance. And they won’t even have to bleed. 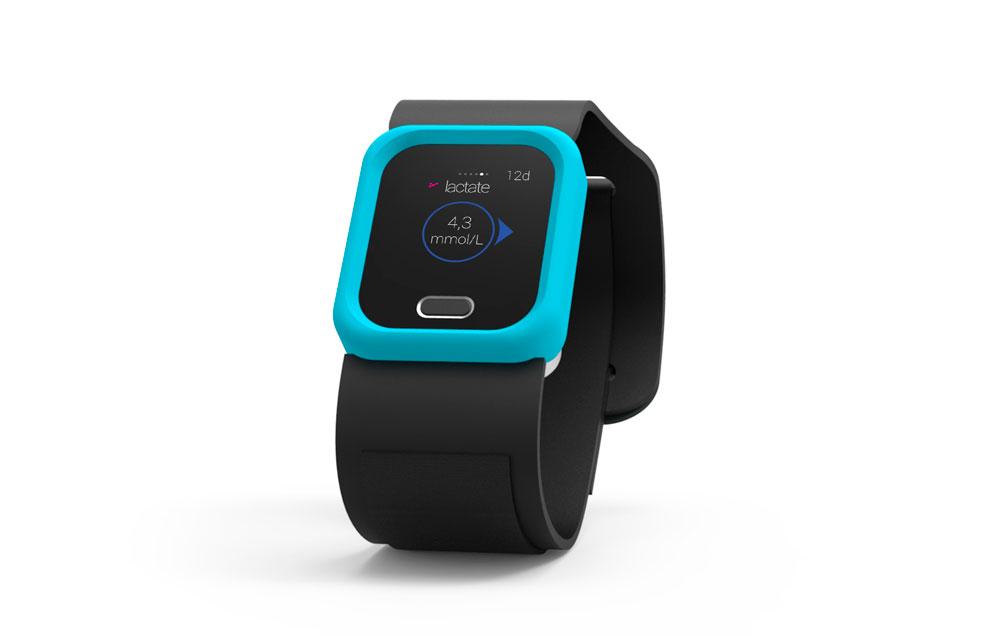 At CES, I had a chance to speak with Minh Le, the former CMO of Withings who recently joined the PKvitality team as an advisor. Le explained that lactic acid was most significant indicator of what’s happening to an athlete’s body. “Lactic acid is the closest biomarker to the intensity of your effort,” he said. “Heart rate is good, but it’s far from the muscle. VO2 max is good, it’s closer, but it’s not as close as lactic acid.” Despite that, most athletes rely on heart rate and VO2 max simply because they are easier to measure.

KTvitality hopes the change that.

Le explained that K’Track works through the somewhat creepily named “SkinTaste technology.” The device allegedly probes a needle just half a millimeter into the skin. This isn’t enough to break the skin, but it’s far enough to reach your “interstitial fluid,” the a solution that surrounds all tissue. By analyzing a small drop of interstitial fluid, the K’Track can quickly analyze a person’s lactic acid levels. 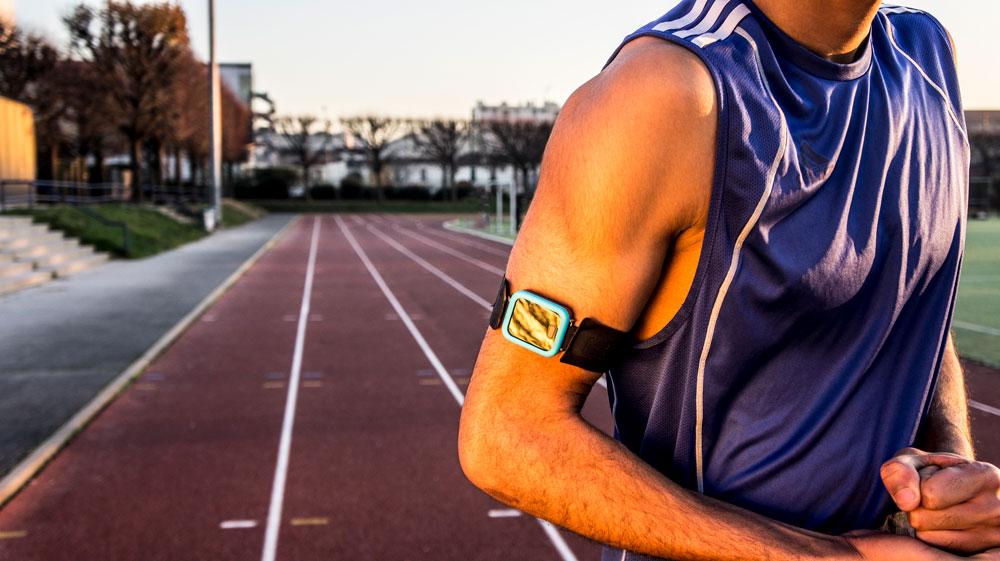 PKvitality claims that the K’Track has other advantages over traditional lactic acid testing. It allows athletes and coaches to monitor lactic acid in real time, rather than immediately after a workout. That insight can provide a more accurate and comprehensive picture into an athlete’s biochemistry.

“Right now, there are few athletes who follow their lactic acid levels,” Le explained. “Not because it’s not good. It’s because when you’re cycling, you can’t stop to prick your finger again and again and again.” By making this data easier to collect, the device could possibly help more athletes learn which training regimen is optimal for them.

While the K’Track Athlete is much cheaper than traditional lactic acid monitoring methods, it’s still somewhat pricey. It’s expect to retail for $199. The replacement capsules that capture the interstitial fluid (cleverly called K’apsuls) cost $149 each. Each one lasts for about 30 days.

The same technology will also be used in a wearable called K’Track Glucose, which allegedly can measure a diabetic’s blood sugar level without skin penetration. K’Track Glucose could potentially provide relief for the millions of diabetics who have to regularly prick their fingers in order to measure their blood sugar.

However, lack of widespread availability hasn’t stopped the device from getting noticed. K’Track Athlete was named an honoree in the 2017 CES Innovation Awards in the category of Fitness, Sports, and Biotech.

"Lactic acid is the closest biomarker to the intensity of your effort."