The production crew for Mr. Robot kicked off Comic Con in amazing fashion — with the help of a free Google Cardboard VR headset.

On Wednesday, July 20, fans of the show were treated to a world premiere virtual reality experience at San Diego’s Petco Park. Hundreds lined up before the gates opened at 9 a.m., eager to receive their Mr. Robot-branded VR headsets and earphones. 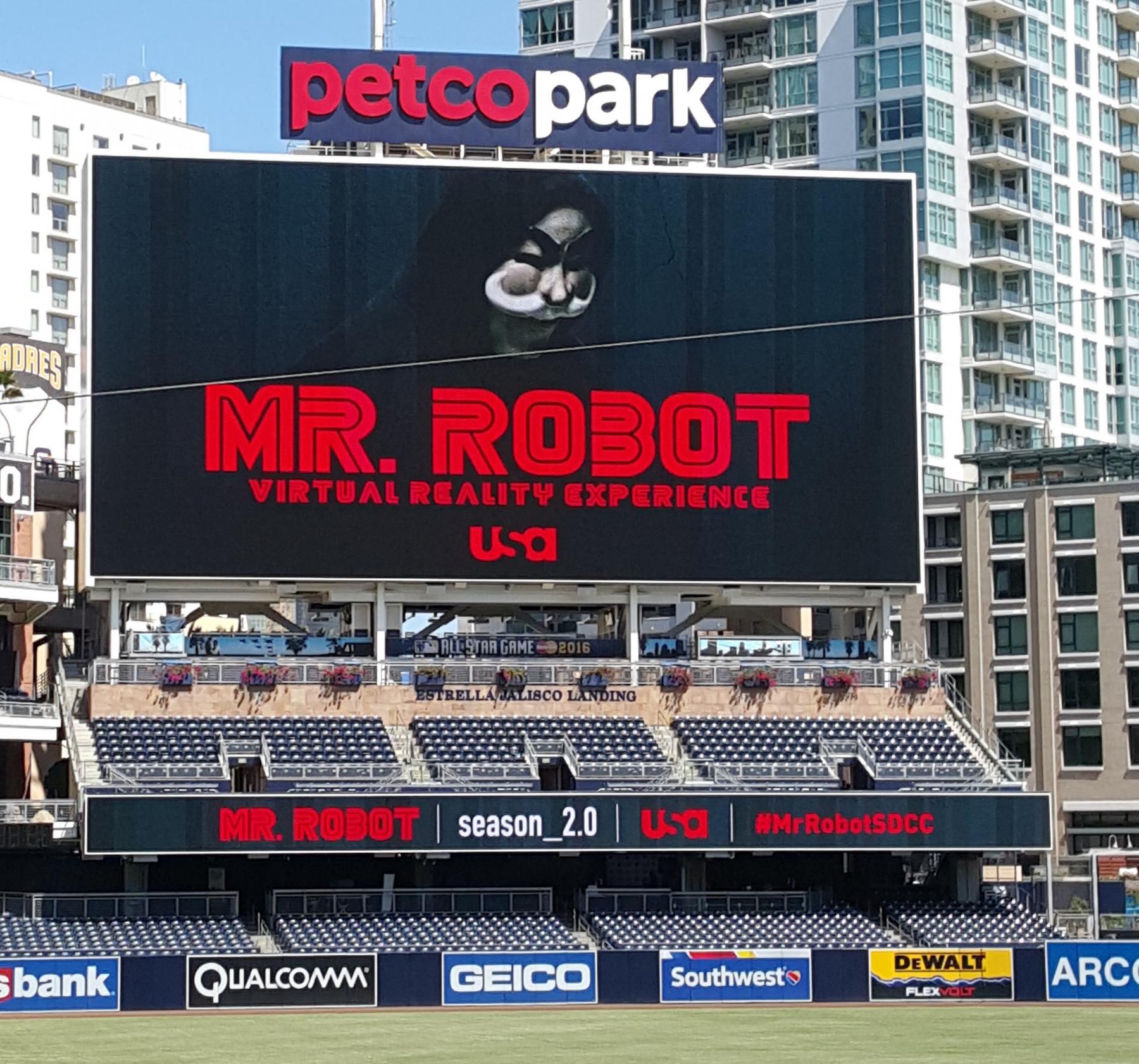 On Wednesday, July 20, fans of the show were treated to a world premiere virtual reality experience at San Diego’s Petco Park. Hundreds lined up before the gates opened at 9 a.m., eager to receive their Mr. Robot-branded VR headsets and earphones. 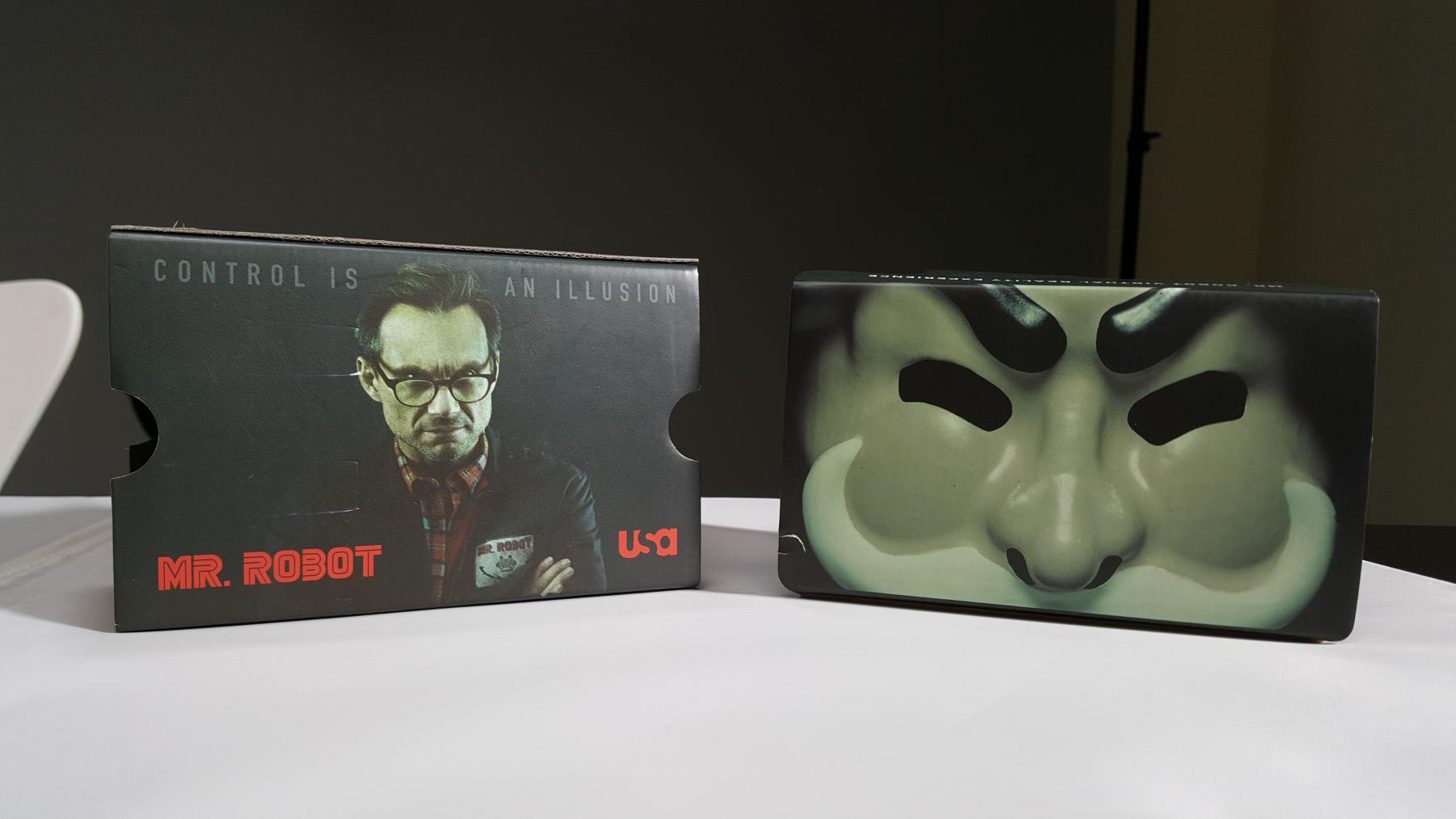 Before the VR premiere, the emcee pumped up the crowd by handing out swag from the show, such as Mr. Robot sweatshirts, fsociety masks, and season 1 DVDs. Those having technical difficulties setting up the VR were quickly aided by the team’s production staff. 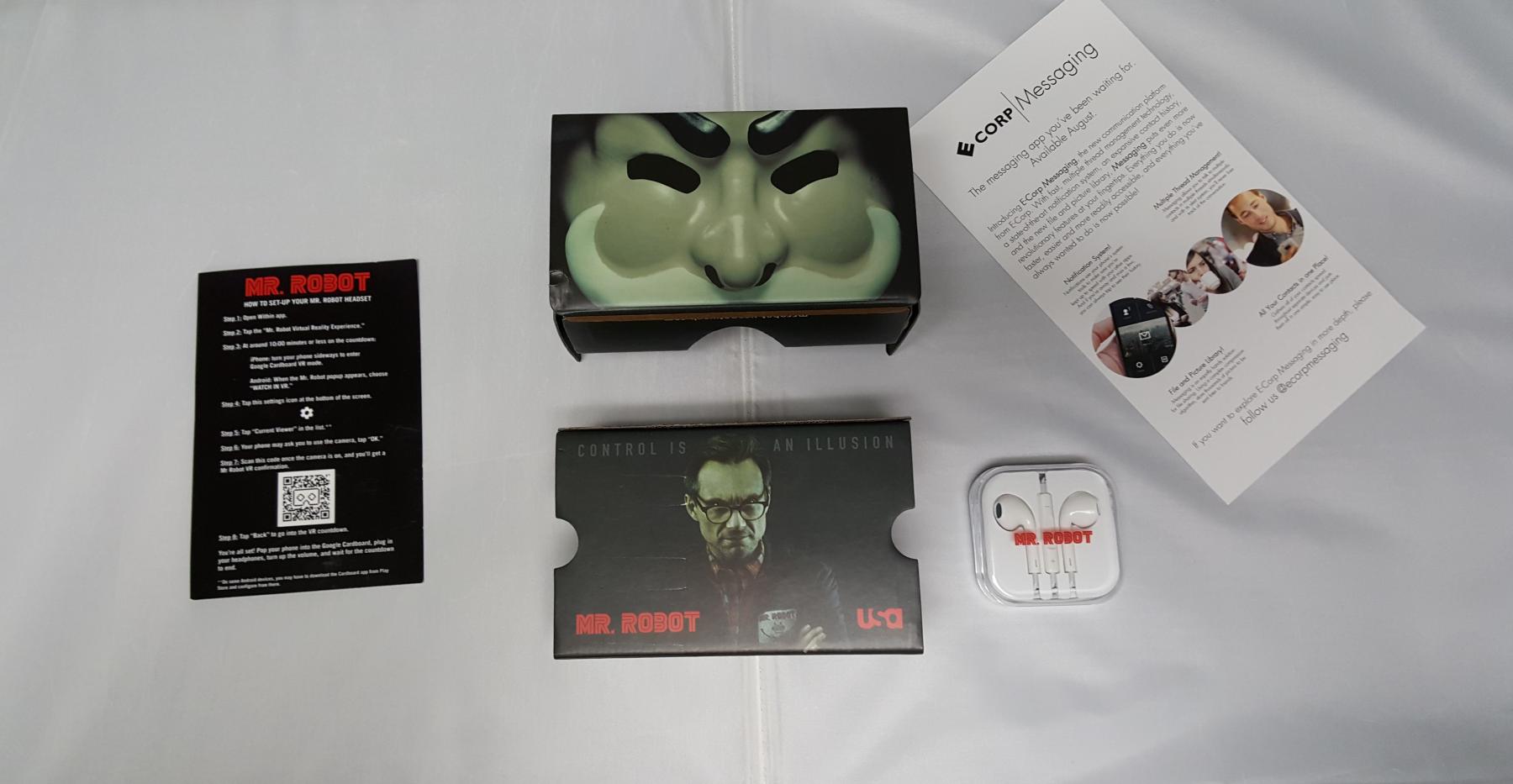 Time passed quickly as we all patiently waited, watching the timer on our phones countdown. The main cast of Mr. Robot arrived 15 minutes before countdown, greeted by loud cheers and applause.

At exactly 10:45 a.m. PST, it was time for all the attendees in Petco Park — and anyone who had downloaded the content ahead of time on the Within app — to simultaneously don our VR headsets. For the next 12 minutes, we experienced exactly how powerful storytelling in virtual reality can be.

It was surreal to put on the VR headset at the same time as an entire stadium’s worth of people, revealing a caricature of the show’s famous fsociety mask.

Fans were able to experience a 12-minute clip that takes you through a romance-filled day between Elliot and Darlene. The story takes us into Elliot’s psyche, illustrated by puppet shadows and a gamut of colors. 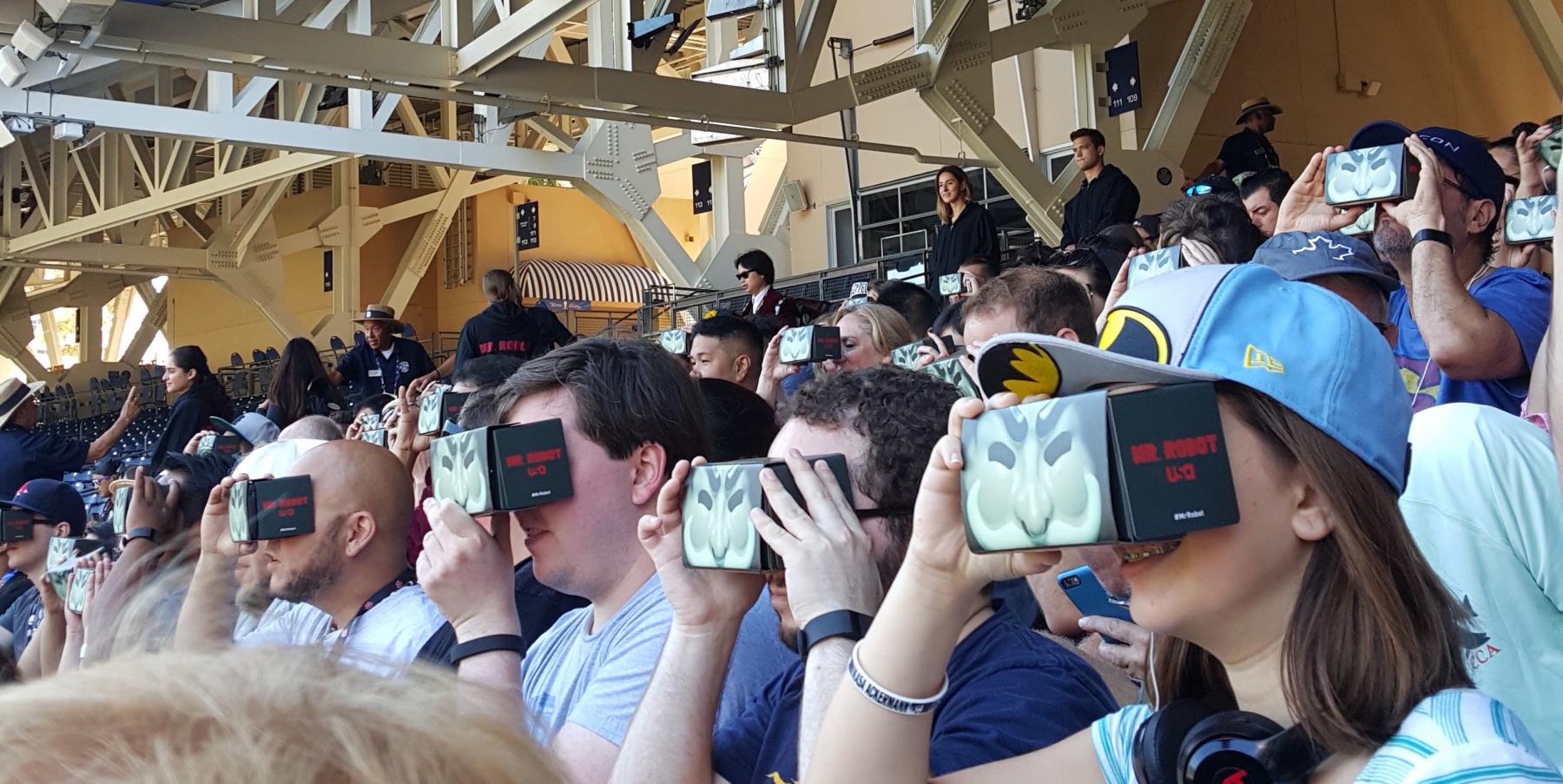 The visuals, combined with the video’s voiceover and full-world immersion, made it easy to feel Elliot’s angst and yearning to be loved. By the end — and staying true to Mr. Robot’s theme — Darlene slowly disappears as she lies next to Elliot. We are left to wonder whether or not his time spent with Darlene even occurred.

It was wonderful to see the cast enjoy the VR experience as much as the fans. The cast was gracious enough to stay to answer questions about the filming of VR experience. As we were leaving, flyers for a new eCorp messaging app were handed out that could have passed for a real product launch. The intersection of when art imitates life was prominent throughout this entire experience. 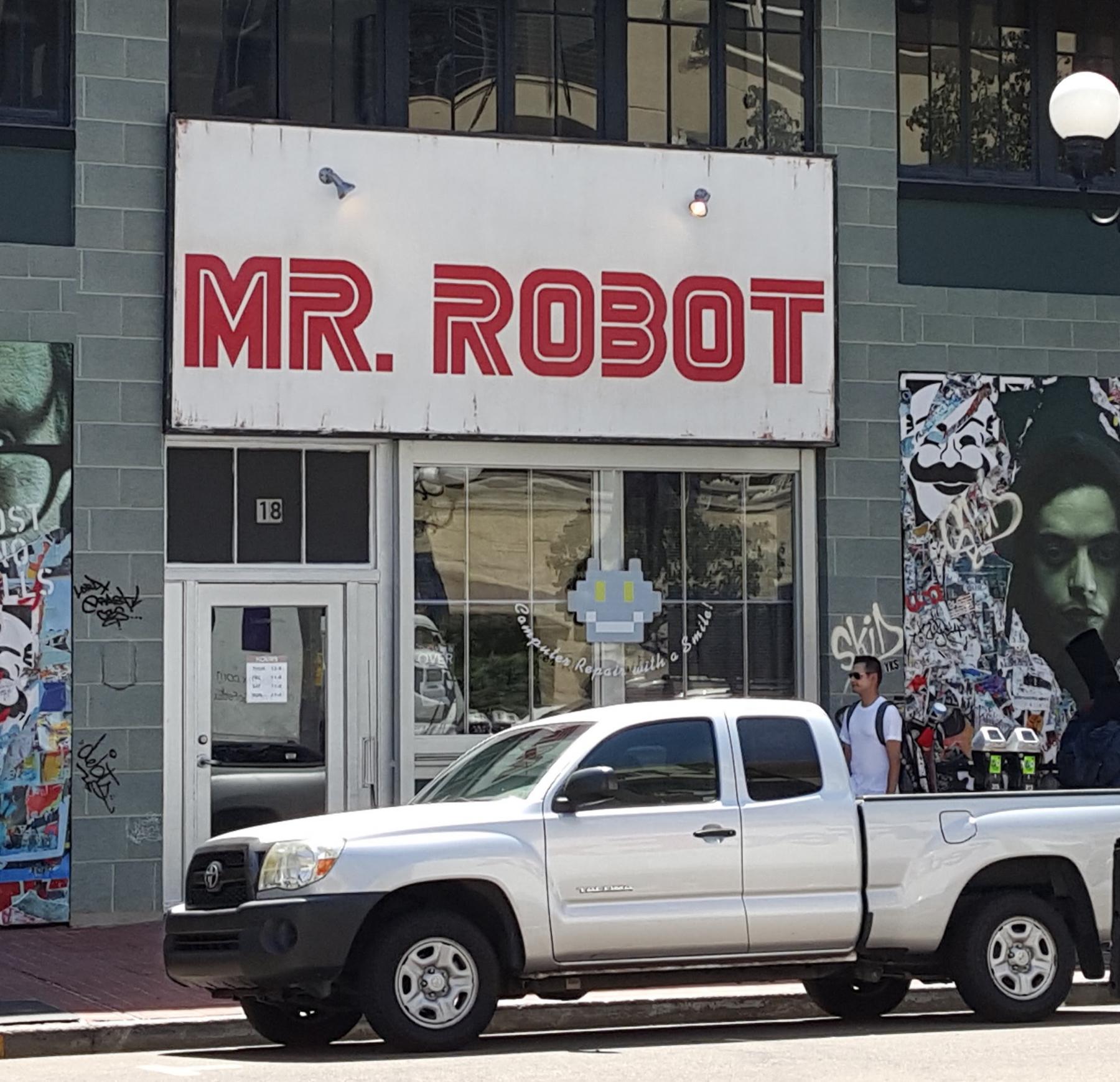 For those who missed this initial showing, you can still experience it at a pop-up Mr. Robot Computer Repair Shop replica at 343 4th Avenue in downtown San Diego through the duration of Comic Con.