There’s something about the term hybrid that makes you want to use it. Whether it’s cars, golf clubs, or wearables, calling a product a hybrid just makes it sound more appealing.

Take hybrid watches, for example. They’re one of the hottest trends in the wearables industry right now, with some of the biggest names developing their own models. Their popularity is growing, but one could argue that we’re still waiting for a hybrid watch that truly offers the best of both worlds.

Devices like the Withings Steel HR and Fossil’s Q Series blend some smart features into a more traditional design, but their predominantly analog watch faces don’t support the top-tier functionality people crave from a smartwatch.

ZeTime — a hybrid smartwatch from Swiss-based manufacturer MyKronoz — has the potential to change that with its unique construction.

“Other hybrid smartwatches that are available on the market have either no display or a tiny one, limiting and restricting both user experience and features,” said Fred Boutin, MyKronoz’s CPO, in an email. “ZeTime is the first hybrid smartwatch that embeds mechanical hands over [a] full-color touchscreen.”

Why This MyKronoz Smartwatch Is Different 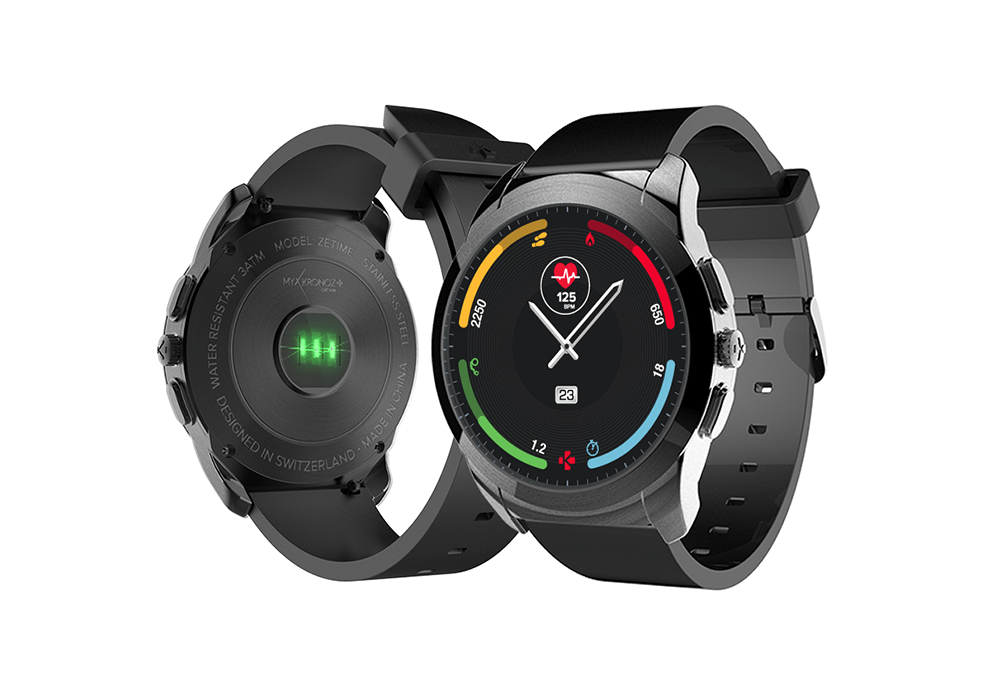 To achieve this, Boutin said developers drill a hole into the watch’s TFT display so the mechanical hands can pass through and rest above the screen. The resulting design allows users keep track of time without turning on the display, while also providing the touchscreen functionality of a smartwatch.

Mounting hands on top of the display might allow for greater functionality, but won’t they get in the way of the screen? With ZeTime’s Smart Movement technology, this isn’t an issue.

According to the the watch’s Kickstarter page, the device’s CPU controls the mechanical hands, which move out of the way to give you maximum visibility on-screen. 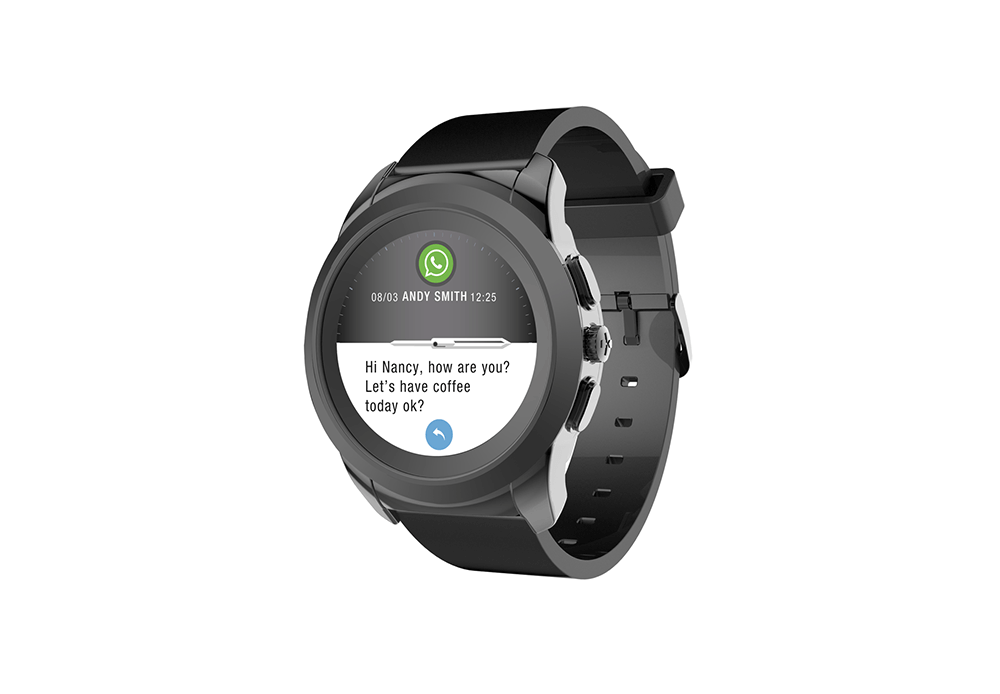 “Each hand has its own motor and can work independently so that we can place them the way we want at a particular point in time — for example, horizontally when opening up and reading a notification,” Boutin said.

The watch hands also automatically sync with the time on your phone via Bluetooth, so you don’t have to adjust them manually.

While many companies use Android Wear 2.0 within their smartwatches, Boutin said ZeTime utilizes its own proprietary operating system. It is compatible with both Android and iOS.

“Having our own OS allows us to be more flexible and reactive, to handle our updates independently,” Boutin said. “Our OS is much lighter than standard ones, so we can focus on the set of features that we consider to be really necessary.” 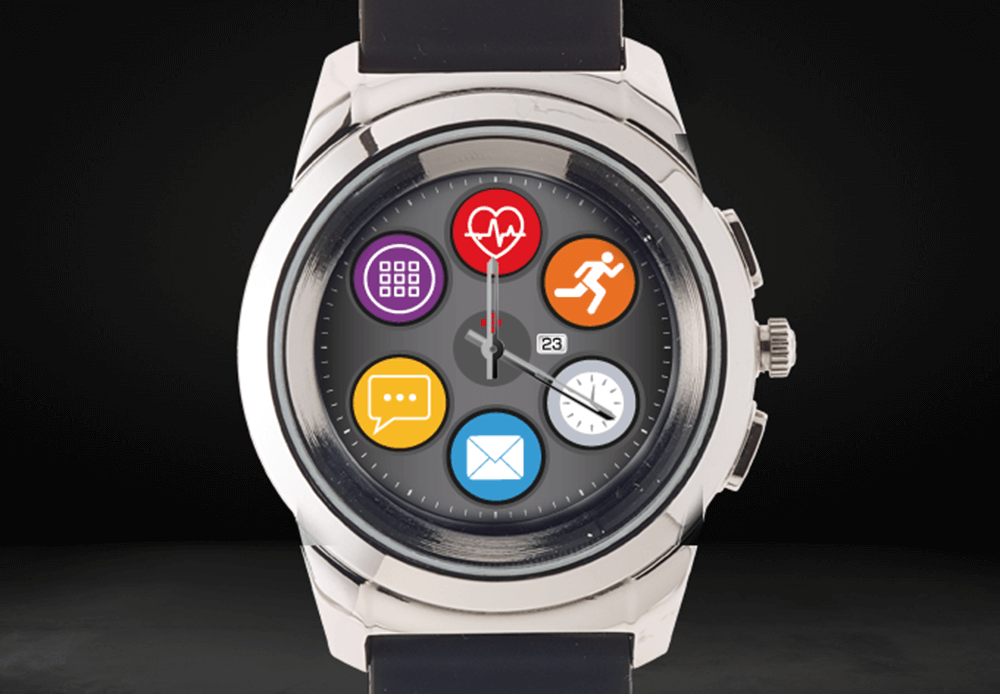 Some of those features include smartphone notifications, activity and sleep tracking, a heart rate monitor, music controls, a camera remote, calendar alerts, a phone locator, and more. Users can access these items by clicking through the color touchscreen or by using the smart crown on the side of the watch.

Boutin said ZeTime’s battery lasts up to three days in smartwatch mode, while the mechanical movement functions for up to 30 days on a single charge. Water certification is still pending, but he said the watch will be water-resistant down to 30 meters as well.

With a pledge of $139, users can receive one ZeTime smartwatch as part of the Early Bird special, which ships in September. This price seems like a bargain compared to other smartwatches on the market.

Critics might argue that Kickstarter campaigns are notorious for failing to deliver on their lofty promises. But if ZeTime is successful, MyKronoz might just become a household name.

“ZeTime is the first hybrid smartwatch that embeds mechanical hands over a full-color touchscreen.”