Bluetooth lets you sync with — and sometimes control — compatible devices from a distance, but this functionality is often limited to small tasks like changing a song or dimming the lights through a smartphone or remote.

Now, what if you had that same power over a prosthetic arm or a drone, and you were able to control these devices touch-free? The Myo armband gives you that ability through its unique network of gesture controls.

Unlike other gesture control devices that use cameras to recognize certain movements, the Myo armband utilizes a combination of motion and muscle activity (EMG) sensors to translate gestures into commands. 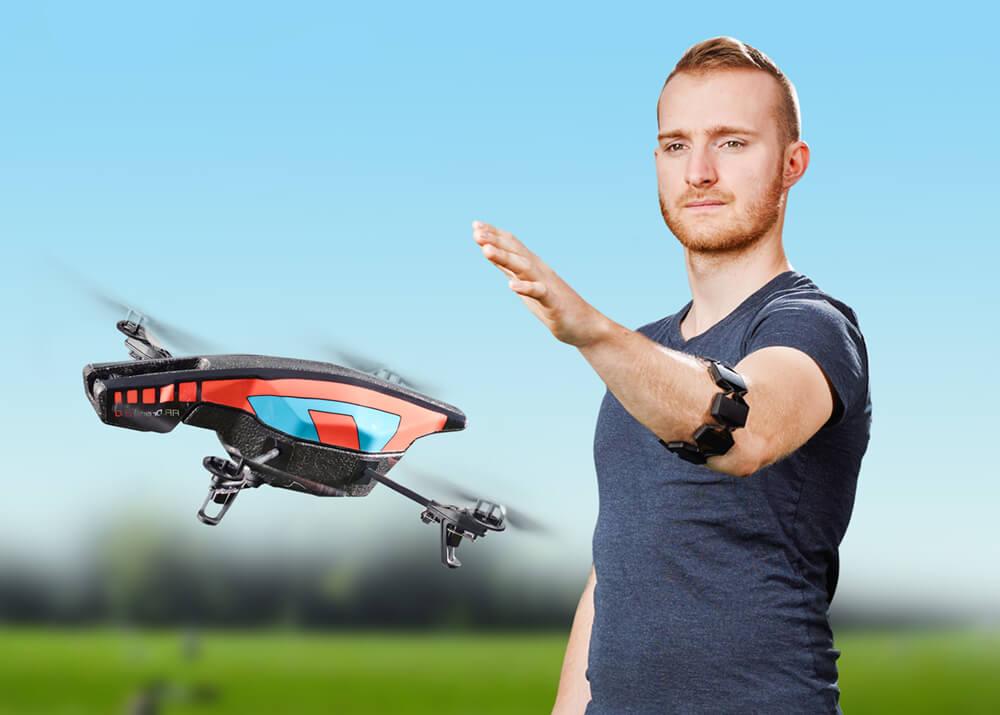 Myo’s armband consists of eight different blocks that each contain an EMG sensor.The device also employs a three-axis accelerometer, three-axis gyroscope, and a three-axis magnetometer to sense motion in all directions.

To prevent normal hand movements from interfering with gesture control commands, the Myo armband requires a sync gesture, which is similar to the haptic motion of the Hug Smartwatch. Different vibrations signal when the armband is synched, fully warmed up, and ready to use.

Available in both black and white, the Myo armband costs $199.00 on the company’s website. The device weighs 93 grams, is less than a half-inch thick, and expands between 7.5 and 13 inches in circumference.

A snap of your fingers can do more than you think.