Narrative Announces Dissolution And Will No Longer Support The Clip

Sad that Narrative Clip maker has gone out of business. I loved "lifelogger" category but it became clear through use it was not viable. pic.twitter.com/E6EWLbc1Rn

Narrative was a successful Kickstarter project, first raising money under the name Memoto. They later rebranded under their current name, securing millions from people who wanted to support the camera, which automatically takes a photo every 30 seconds.

The reason for the dissolution was not stated. But it’s reasonable to assume there simply wasn’t enough demand for wearable cameras to keep the company afloat. In July, the company announced that it had initiated a reorganization in the wake of financial difficulties. A press release at that time indicated that it was a temporary measure to ensure the continuation of the company.

In the meantime, Narrative will continue supporting the Narrative Clip 2 for its many users around the world, as well as continue selling and distributing to new customers. With the reorganization, Narrative strives to ensure future development of the hardware and software and further enforce its position as a market leader in wearable cameras."

Ironically, as of today, their shop page states that the “Narrative Clip 2 is in high demand.” 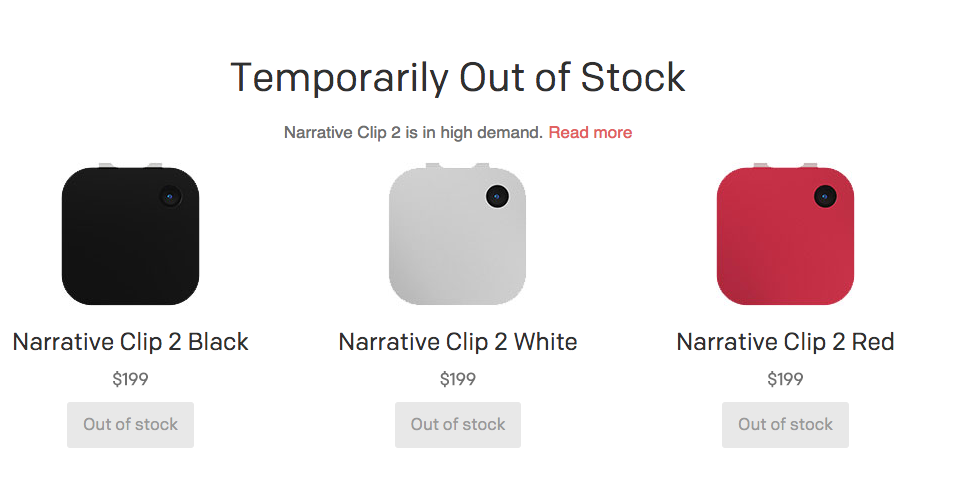 Users who want more information about how to use their Narrative Clip after the company dissolves can post their questions in the Facebook group Narrative Lounge.

In July, the company announced that it had initiated a reorganization in the wake of financial difficulties.