In the middle of the bustling exhibit floor at CES, I was confined by closely-packed people, excited conversation, and more emerging technology than I could wrap my head around. My feet hurt. My back hurt. I was too warm under my coat.

But the moment I slipped on a pair of OSSIC X headphones, I couldn’t help but close my eyes and savor the sensation of being surrounded by Pink Floyd. I felt as though I had been dropped into a speaker, listening to the audio IMAX version of “Money.” When the iconic cash register cha-chinged in the song’s opening notes, I heard it behind me, in front of me, and next to me.

In that moment, I was in the music — and it blew my mind. 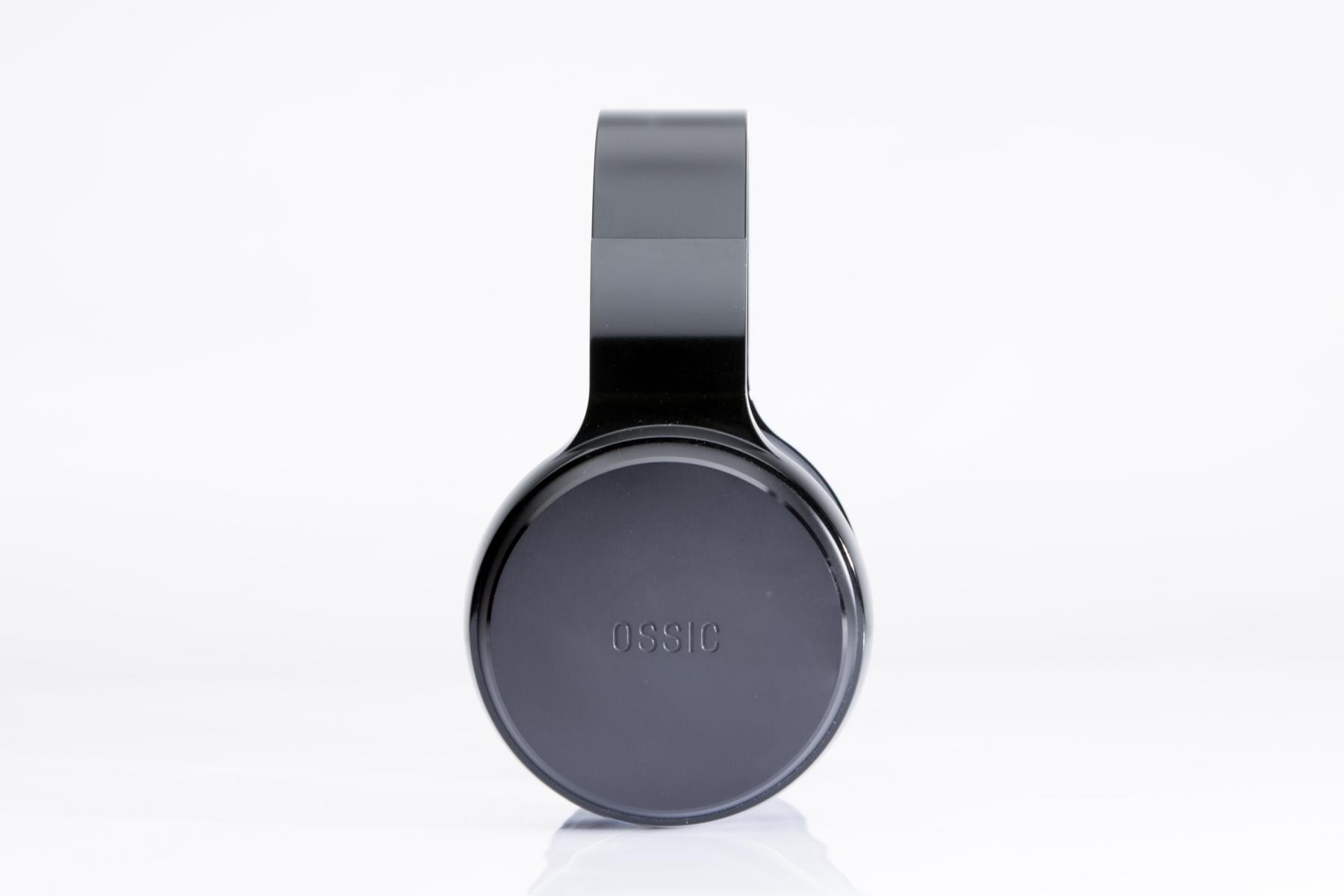 Based in San Diego, OSSIC is a Kickstarter success story. In On Feb. 23, 2016, the company launched its Kickstarter to finance production on the world’s first 3D audio headphones, OSSIC X. Their goal was a modest $100,000. Within hours, they raised over $2 million.

At the OSSIC booth, I spoke with two staff members about their headphones, their Kickstarter campaign, and what’s next for OSSIC’s team. 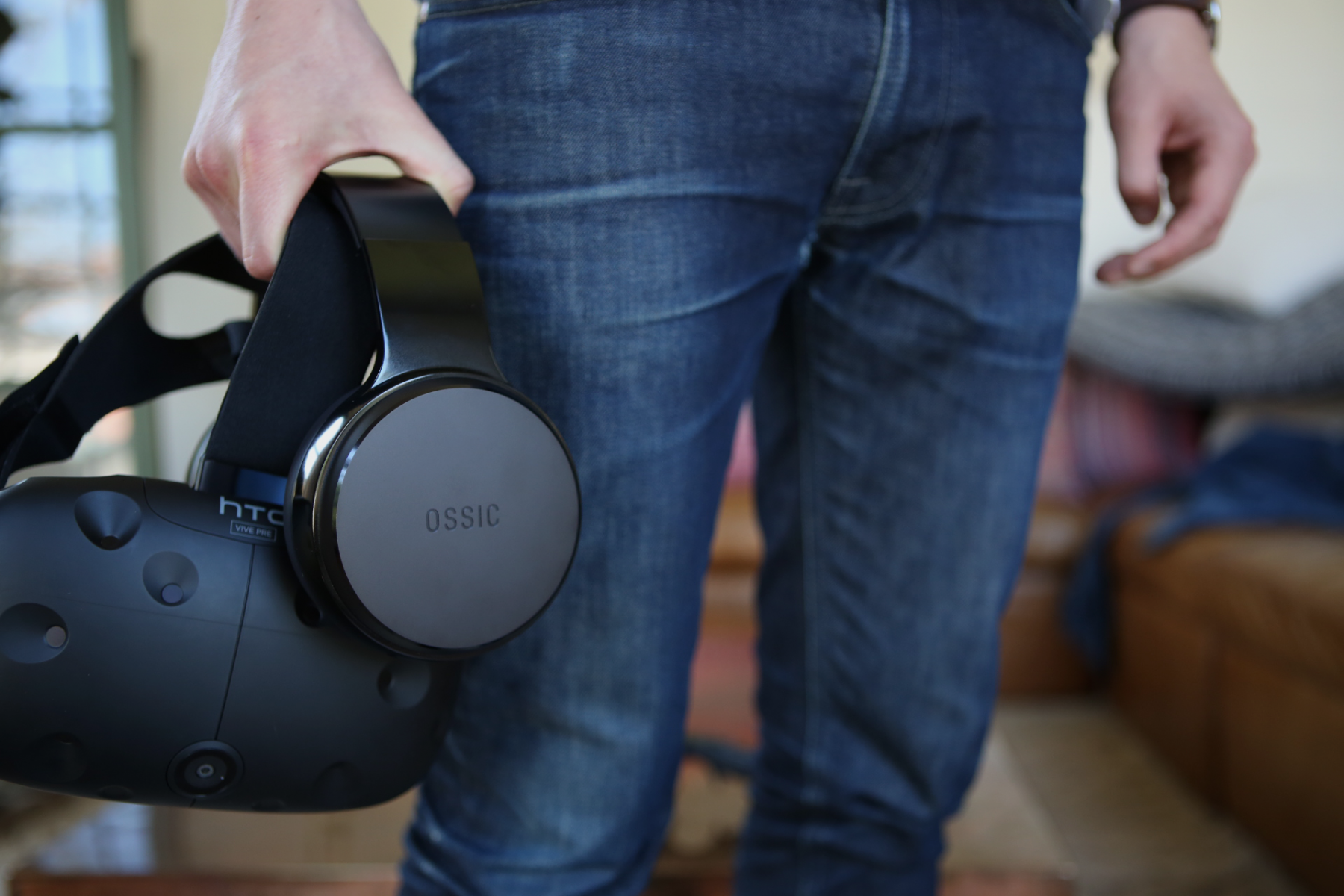 According to OSSIC, headphones haven’t fundamentally changed in over 65 years, but audio content is steadily becoming more expansive and detailed, particularly within virtual reality. While you only see a small portion of a 360° world, sound is all around you — and a set of virtual reality headphones could give you a sense of space, distance, and full immersion.

To get there, OSSIC headphones were designed with the idea that not all ears are created equally. OSSIC X instantly calibrates and tracks your head movement, and eight drivers play sound to the appropriate portion of your ear. The end result is 3D audio that sounds like what it would in real life — whether you’re listening to Pink Floyd or immersed deep within a virtual reality game. 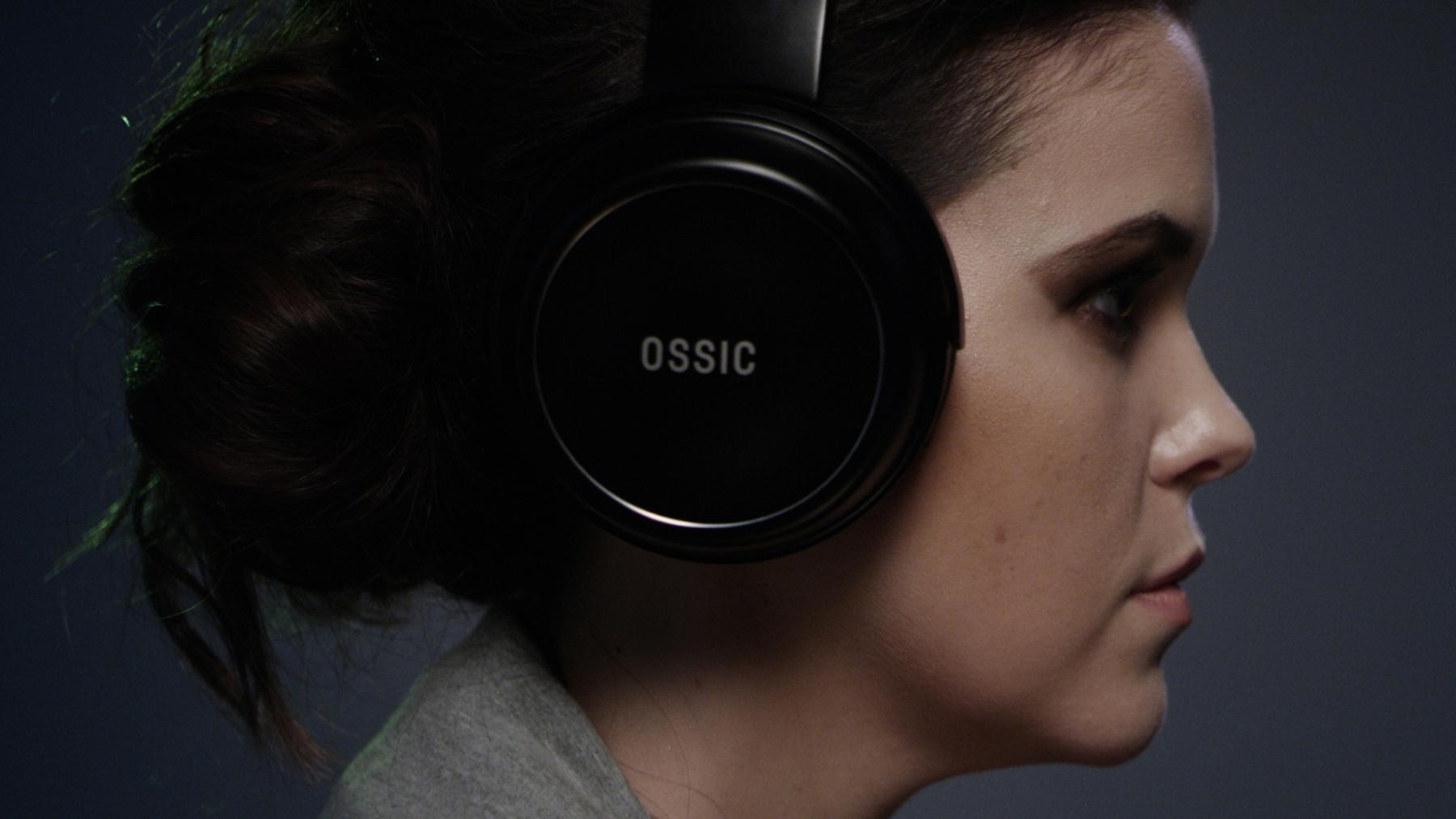 “Let’s say you hear a guitar on your upper left and drums behind you,” Metzner said. “You turn around, and now the drums are in front of you and the guitar is behind you. It’s the way that artists would have wanted you to listen to their music: in the studio as they recorded it.”

Metzner explained that OSSIC X works with virtual reality headsets, mobile devices, PCs, gaming consoles, and stereo content, including 5.0, 7.1, and ambisonic audio. “It’s also a smart device, so as we unlock features in the future, the firmware that runs on the headphones is upgradeable,” he said. “You’ll be able to unlock features so the product continues to be relevant for you.” 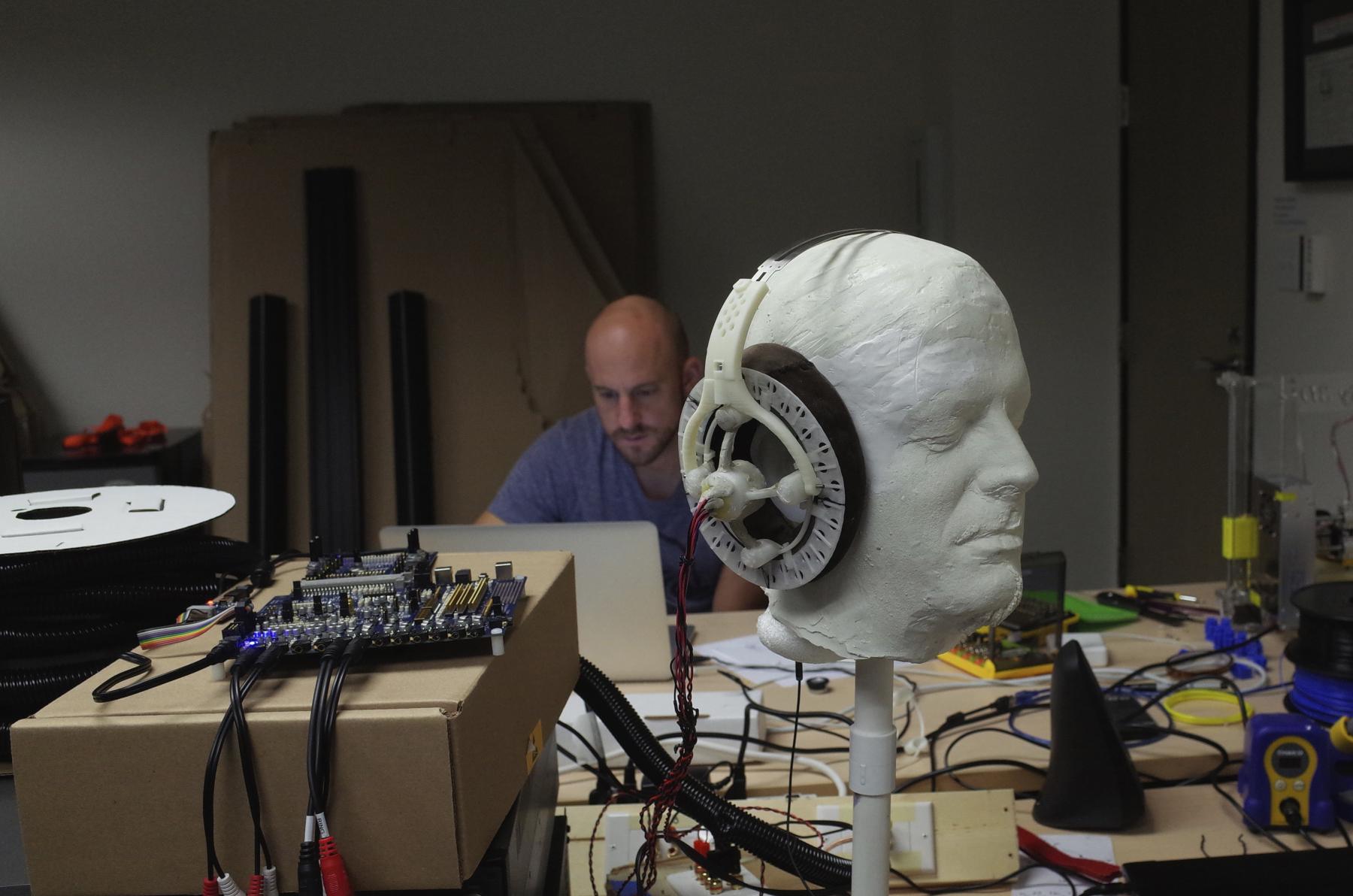 For startups and people with big ideas, crowdfunding platforms like Kickstarter remain a necessary part of the development process. OSSIC is no exception. “We were actually the most successful VR campaign on Kickstarter in 2016,” Metzner said, even beating out Oculus Rift.

On the importance of Kickstarter in developing new and exciting technologies, Marketing Manager Kristen Long said, “It helped us get a huge group of individuals together who were stoked about early technology right off the bat.” 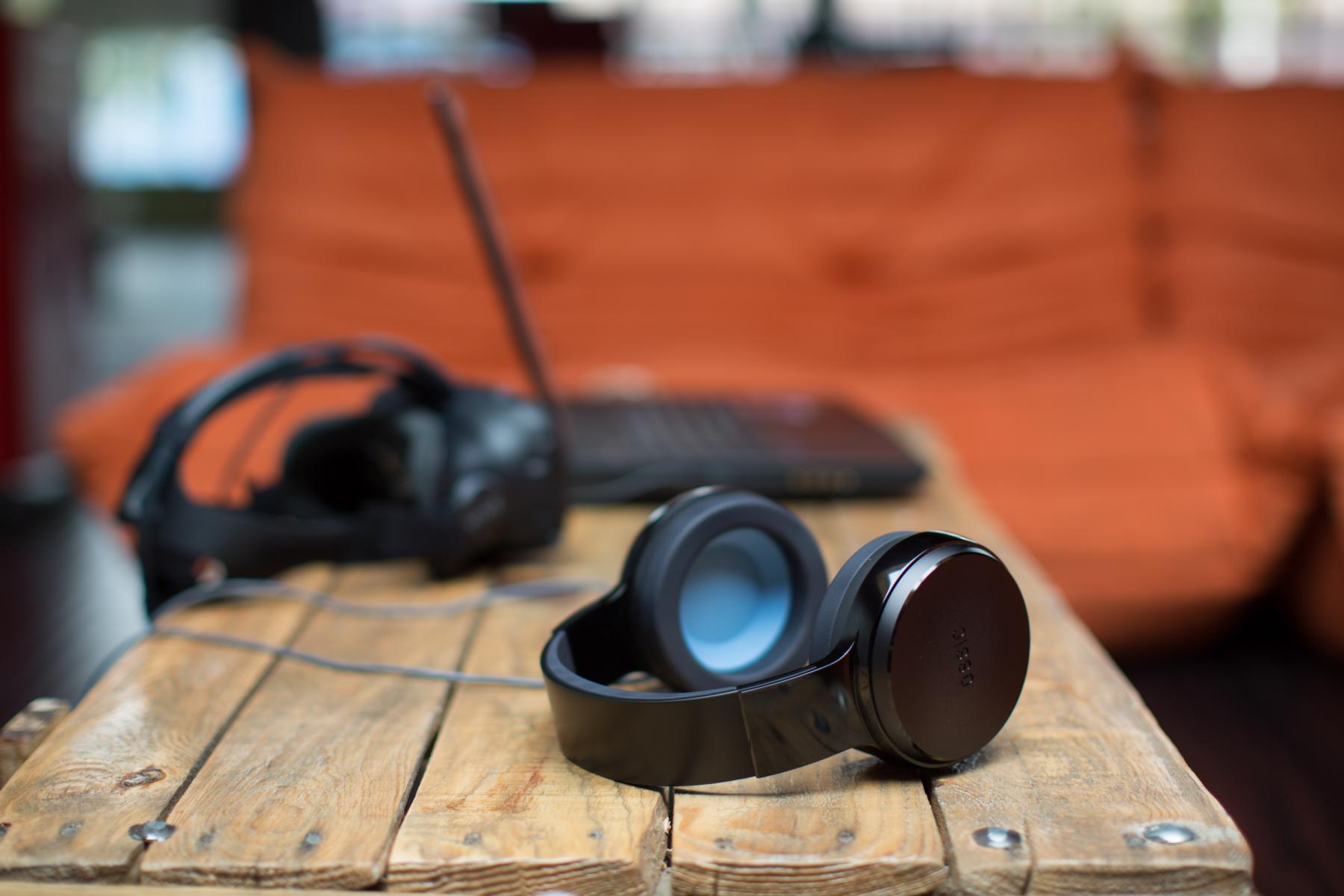 And while OSSIC’s team boasts a combined 50 years in the audio industry, feedback from backers is a vital part of developing a lasting product. “Our backers have been our biggest supporters,” Long said. “They’ve given us feedback whenever we need it, so they’ve been super instrumental in helping us develop the product and what they need.”

OSSIC X headphones are available for $299 on pre-order. Once they launch, prices will go up to $499, with shipments scheduled to begin this summer.

“It’s the way that artists would have wanted you to listen to their music.”