Prosthetics might not be the first product line you associate with wearables, but CES 2017 demonstrated just how many platforms there are within the industry.

Many wearables, such as activity trackers and fitness watches, improve physical health, but prosthetics specifically aid the disabled. One company in particular aims to make life easier for amputees. 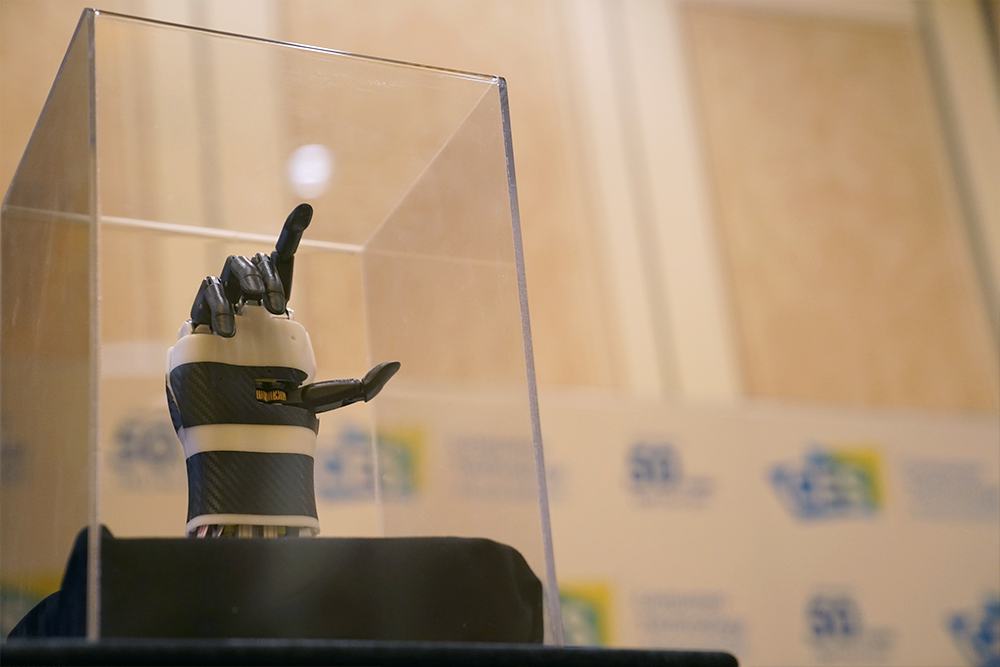 BrainRobotics has developed a prosthetic hand that allows amputees to control the device using their residual muscle strength. With the help of sister company BrainCo, the team also wants to integrate Brain-Machine Interface (BMI) into the robotic prosthesis, which would let users manipulate the hand through muscle signals.

Prosthetics have taken many forms over the years, but Xiang Cao, a Mechanical Engineer at BrainRobotics, said two things separate their prosthetic hand from others on the market: price and convenience.

“Other intelligent, commercial prosthetic hands are about $70,000, which is likely unaffordable for most of the amputees,” he said at CES. “Our price range, right now, is $3000, which greatly lowers the barrier for people to try this technology to assist their life.”

Cao explained that the prosthetic is also capable of machine learning. “You no longer have to go to the hospital to do a bunch of clinical training sessions, which are really expensive,” he said. “All of the amputees, they can basically just train themselves with this kind of software at home.” 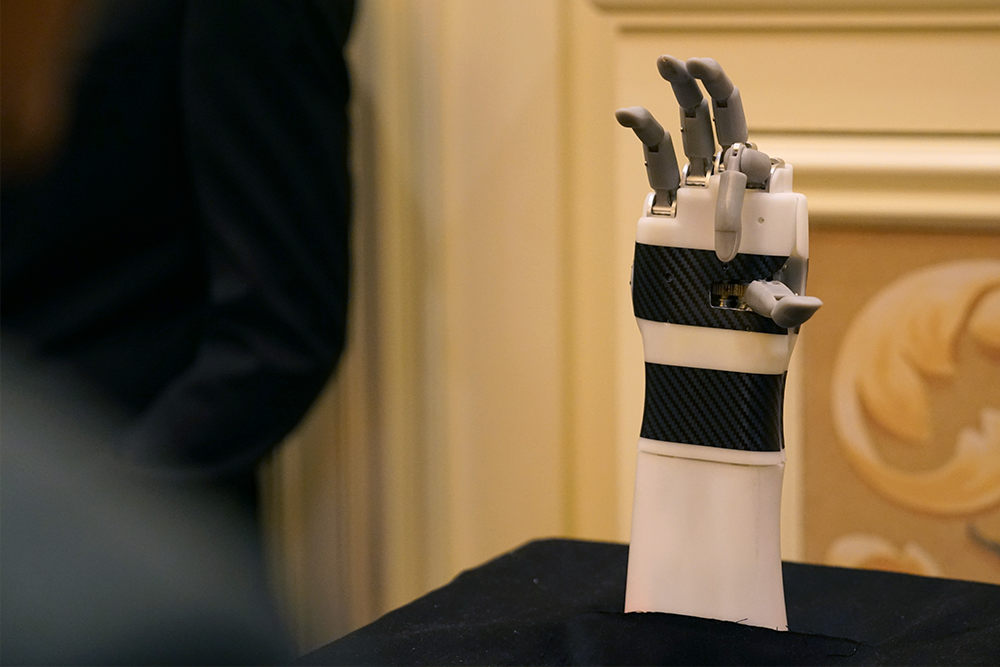 BrainRobotics debuted its first prototype of the prosthetic hand at CES 2017, but the official launch of the product is still about a year away. Cao said the team plans to finalize their prototype after CES and then progress onto clinical and volunteer trials in both the US and China.

“All of the amputees, they can basically just train themselves with this kind of software at home.”