At CES on Wednesday, Samsung debuted a full suite of smart home appliances, QLED TVs, and computers — but updates about wearables like the Samsung Gear Fit 2 and Samsung Gear VR were conspicuously absent.

Toward the end of the conference, Alanna Cotton, Vice President at Samsung Electronics America, highlighted Samsung’s wearables catalog by saying, “People want more from their wearables than ever before. Not only the intelligence and convenience of the average smartwatch, but also to stay connected — even without their phone.”

Cotton name-dropped the Gear S2, Gear Fit 2, and recently launched Gear S3. She discussed Samsung’s partnership with Arik Levy, which lets users customize their devices with smartwatch faces and bands. She talked about Samsung’s brand partnerships with Spotify and Under Armour.

But what about VR? 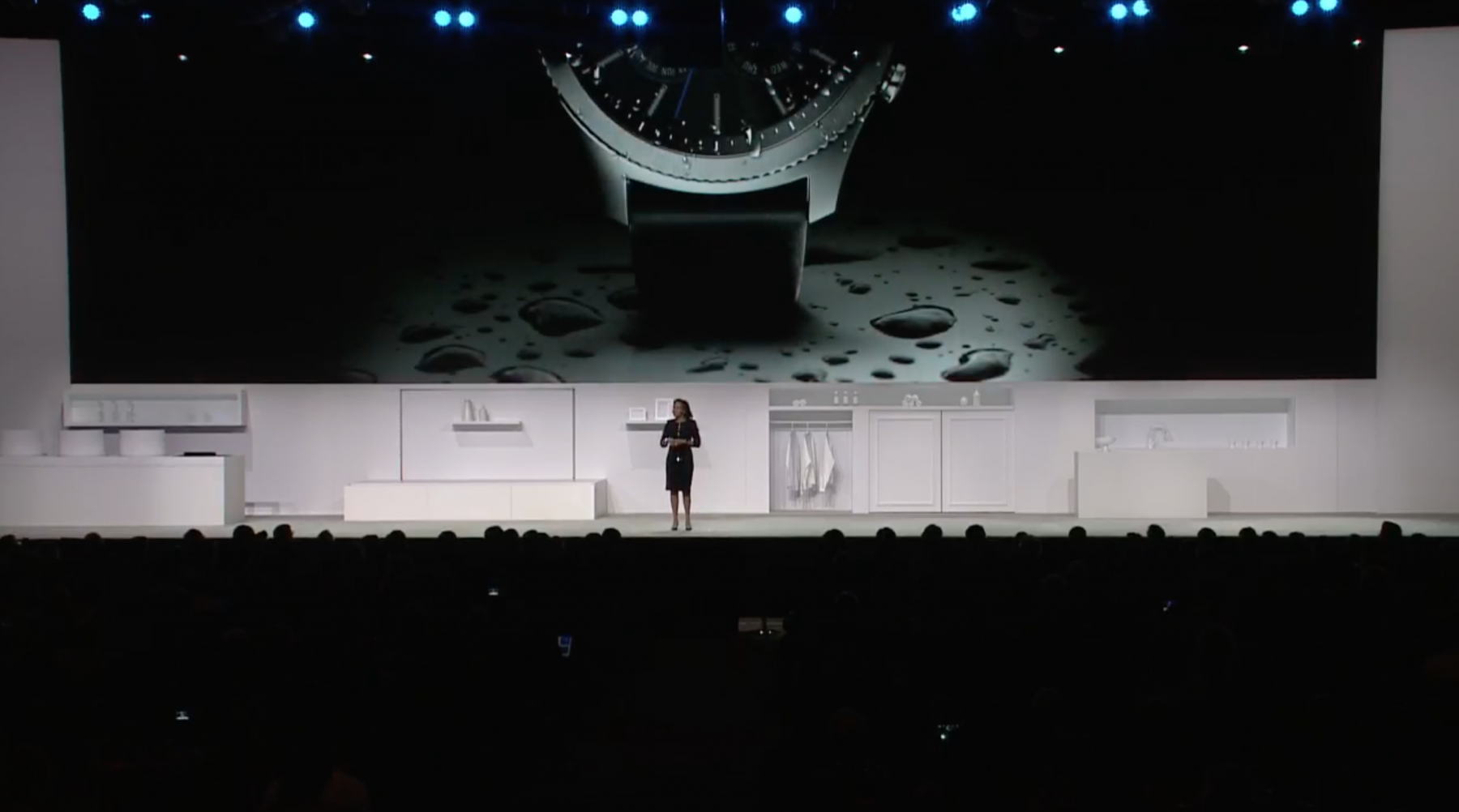 At the VR Summit in December, Dr. Sung-Hoon Hong, Vice President of Samsung Electronics, revealed that the company is working on the next edition of the Samsung Gear VR 2. But Sung-Hoon also emphasized that Samsung believes augmented reality has more business potential — and Samsung’s own AR glasses will build upon Microsoft HoloLens and Magic Leap.

While Samsung is expected to reveal the technology at the 2017 Mobile World Congress next month, Sung-Hoon made clear that Samsung wants to work with companies to further develop their AR technology. In terms of Samsung’s radio silence concerning VR at their press conference, we assume that no news means the company is still working on a developer prototype.

However, Samsung’s efforts may hint at what’s to come, particularly in conjunction with announcements from Intel. At CES, Cotton revealed Samsung’s first gaming laptop: the Notebook Odyssey, “a mobile gaming experience that rivals desktop.” It comes fully loaded with a suite of gaming specs — and it’s equipped with an Intel Core i7 Processor. 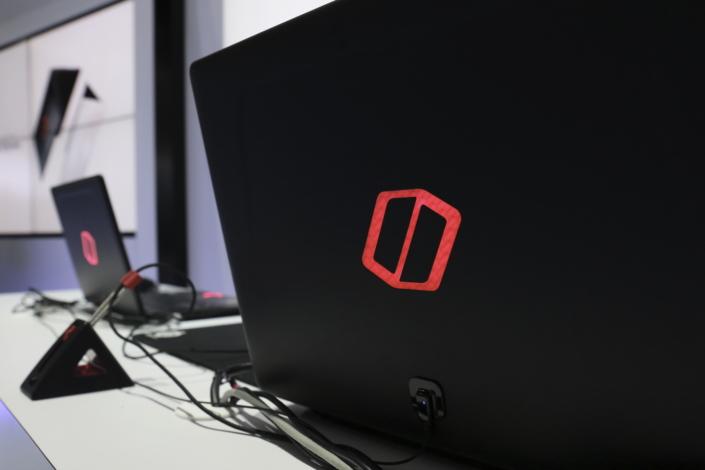 And with a recent announcement from Nvidia, that processor could broaden the potential of VR gaming.

In a dynamic press conference at the Venetian Wednesday night, Nvidia announced GeForce Now — a cloud gaming network that makes it possible for people without gaming computers to play high-fidelity games on Steam. Pay $25, and you’ll get 20 hours of high-quality gaming whether you’re on Mac or PC.

Here's where VR comes in. Virtual reality gaming is possible on high-end head-mounted displays like the HTC Vive and Oculus Rift, but they require a full PC setup to properly render gaming graphics (and handle the workload of creating dynamic, interactive experiences).

Nvidia’s GeForce Now suggests that people who don’t want to spring for high-end gaming computers, but want to enjoy the experience headsets like Oculus provide, may soon be able to stream high-fidelity games on their laptops. 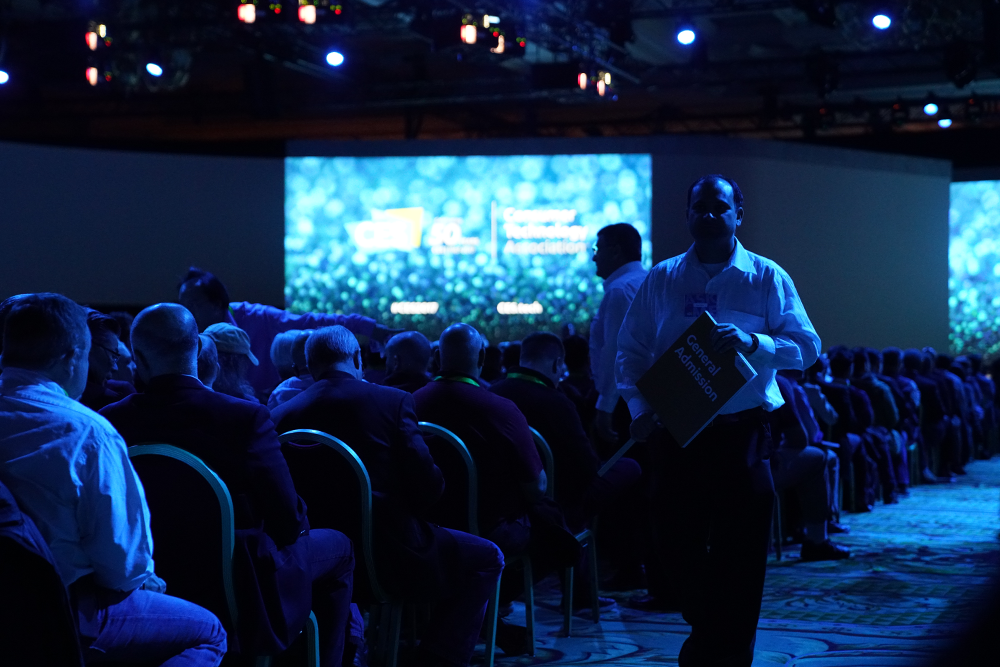 Senior PR Manager at Nvidia Brian Burke said, “We have no announcements about VR games at this time. We will be discussing it in more detail as we get closer to launch,” which will be in March for early access.

Meanwhile, Intel is using its Core i7 Processor to operate Project Alloy, a standalone AR/VR headset, which is expected to start shipping later this year. And with recent updates from Nvidia, that technology could quickly transfer over to gaming applications for a broader range of users on various headsets and computer systems.

Will Samsung reveal their own standalone VR headset at Mobile World Congress? What about a VR headset that works with Samsung’s new gaming laptop for full mobility? We’ll see. But if CES made one thing clear, it’s that the technology already exists — even if companies are tight-lipped about how it will be used.

No news means the company is still working on a developer prototype.