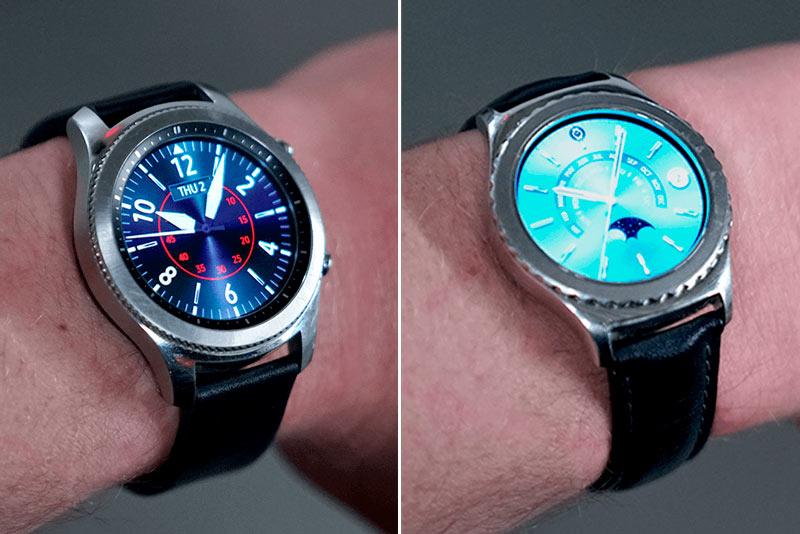 Here’s what you need to know about both watches before you make a decision.

In terms of raw functionality, the watches are similar. Both have the same types of sensors, including an accelerometer, gyroscope, heart rate monitor, and barometer. And both have Bluetooth and NFC connectivity. That means that they perform many of the same functions, including taking calls, voice activation, NFC payment, and notifications. Both also can download and run apps from Samsung’s App store.

The main differentiator in functionality is the NFC-enabled Samsung Pay. While both allow you to pay through NFC terminals, the S3 does one better by allowing you pay at almost any credit card payment terminal. Thanks to the Magnetic Secure Technology (MST), you can just hold your watch up to the terminal to make a payment.

So where else do they differ? They mostly diverge in terms of design, usability, and just raw processing power.

Samsung obviously made an effort to improve the usability and aesthetics of the Gear S3.

The Gear S3 is bigger and heavier. The S2 is 0.45 inches thick and weight 47 grams, while the S3 is 0.51 inches thick and weighs 59 grams. That might not sound like much, but when you a wear a device all day, it’s easy to feel those extra 12 grams. Both watches are bigger than your typical analog watch, and the extra bulk sometimes bothers people with smaller wrists. If you want a more lithe watch, you should probably lean towards the S2. 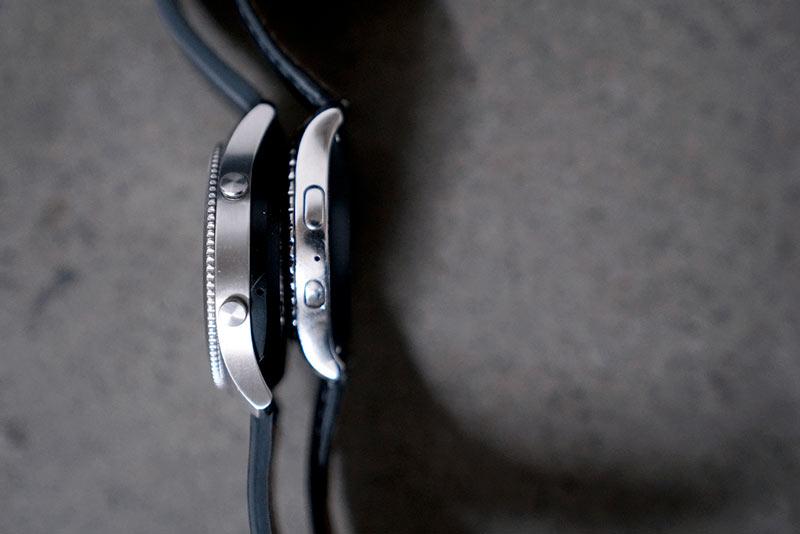 Both watches give you two options for the body design. The basic Gear S2 is a sleek, sporty watch for anyone who wants a futuristic look. While the Gear S2 Classic is designed to look more like a designer analog watch.

The Gear S3’s two models are the Frontier and the Classic. The Frontier is modern and sports a black finish and textured, low profile buttons. The Gear S3 Classic on the other hand looks closer to the Gear S2 Classic, except with round protruding buttons instead of smaller oval buttons.

All Samsung Gear watches have removable straps, so you can swap them out for something more your style.

The displays on both watches feature a multi touch Super AMOLED touchscreen with 360 x 360 pixel resolution. But the S3 has a larger display, which is particularly helpful if you happen to have larger fingers. The S3 display is 1.3 inches across and the S2 is 1.2 inches.

Both watches have the signature usability feature of Samsung smartwatches: the movable bezel. The bezel that surrounds the display actually twists, which allows you to quickly browse different apps or options.

The hardware on the S3 is undeniably a big upgrade from the S2. Both watches feature 4GB of memory storage, but the S3 has more processing power. The S3 boasts 768 MB RAM while the S2 features 512 MB RAM. The S2 has the older and slower Exynos 3250 chipset, which was first released in 2014. The S3 is powered by the faster and more sophisticated Exynos 7270 chipset, which was released in 2016. 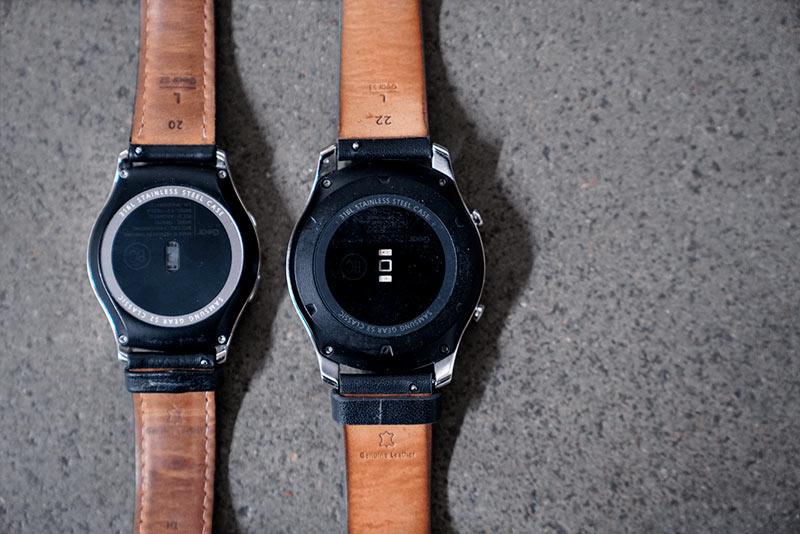 The battery on the S3 is also larger. It has a 380 mAh battery as opposed to the S2’s 250 mAh battery. However, the total battery life on both watches is the same: about two to three days. Since the S3 is bigger and more powerful, it just sucks up more juice.

The main edge that the Gear S3 has over the S2 is a sleeker design, faster performance, and bigger display. The only real downside is the bigger, heavier construction. While the S2 is a solid smartwatch, you should shell out that extra $100 for the S3 if you want best-in-class design and construction.

Is Samsung’s latest wearable worth the extra hundred bucks?