Mobile VR has a reputation as the fast food of the VR industry. It’s easy to get and it’s cheap, but it’s not quite the same as the immersive, robust virtual reality experiences offered by an HTC Vive or Oculus Rift. But with the release of the Samsung Gear VR Controller, Samsung and Oculus are moving toward elevating mobile VR to something closer to the experiences offered by high-end headsets.

The Samsung Gear VR Controller, which is controlled with one hand, features a trigger button, a circular clickable touchpad, volume buttons, and back and home buttons. According to Oculus, the touchpad makes it easier to navigate content, and the trigger “lets you select, grab, take aim, and fire.” 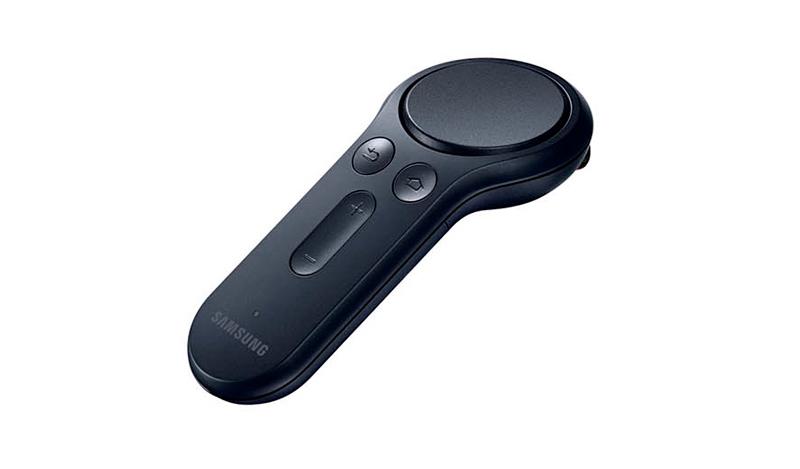 The Controller isn’t quite as sophisticated as the Oculus Touch controllers for the Rift, which allow you to reach your hands into virtual environments, but it’s a step toward a better VR experience.

Of course, new interactivity options don’t mean much without content that takes advantage of them. At the Mobile World Congress, there weren’t any demos for people to try out the Samsung Gear VR Controller. Fortunately, Oculus has announced that 70 VR titles that use the controller are in the works. The software development kit is expected to be released in a few weeks, so third-party devs will also be able to take a crack at integrating the device into their apps and games.

The Samsung Gear VR Controller connects to Samsung’s phone via Bluetooth and is powered by two AAA batteries. Oculus has not announced a release date, but the company did say, “We can’t wait to offer the freedom of improved, streamlined controls to the entire Gear VR community soon!”

Oculus says that the touchpad makes it easier to navigate content and the trigger “lets you select, grab, take aim, and fire.”