“I have always been quite a forgetful person,” confessed Nazar Fedorchuk, co-founder and CEO of Senstone, Inc. Remembering all the small details that go into managing projects eluded him. For most professionals, that’s a costly personal flaw.

While brainstorming solutions to this problem in the summer of 2014, he struck upon an idea: “a small brooch that would quickly capture your reminders on the go.”

That initial spark led to the Senstone, a wearable that records voice notes and automatically organizes them on your smartphone. The company is currently crowdfunding through Kickstarter so they can begin mass production. 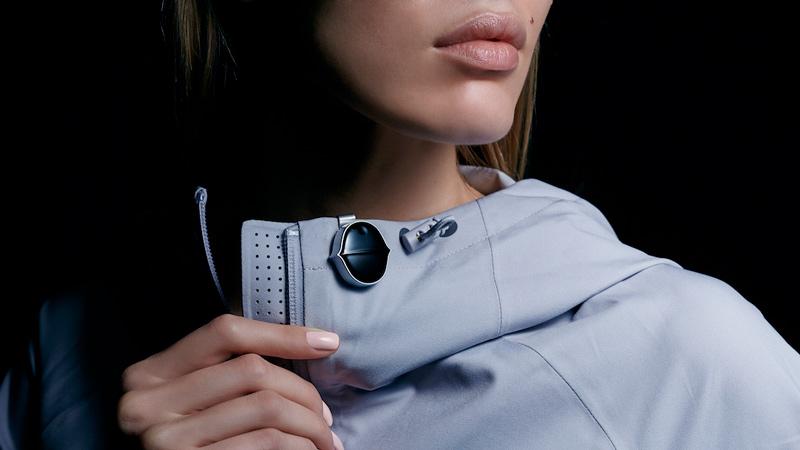 Senstone users wear the device on their shirt, on their collar, around their neck as a pendant, or on their wrist. When they’re struck by a brilliant idea or important fact to remember, they tap the Senstone and speak.

If the device is on its charging dock, you don’t even have to touch the device to start recording — you just have to snap your fingers. That allows you to quickly record your drowsy, early morning thoughts right after you wake up.

All voice notes are stored on your smartphone and backed up on the cloud. But the companion smartphone app does more than just store audio — it also organizes the notes. The app then transcribes the audio into written text and determines the topic of the note through keywords, and it can even evaluate your mood. The app integrates with popular note-taking and project management apps, such as Evernote, ToDoist, and Trello. 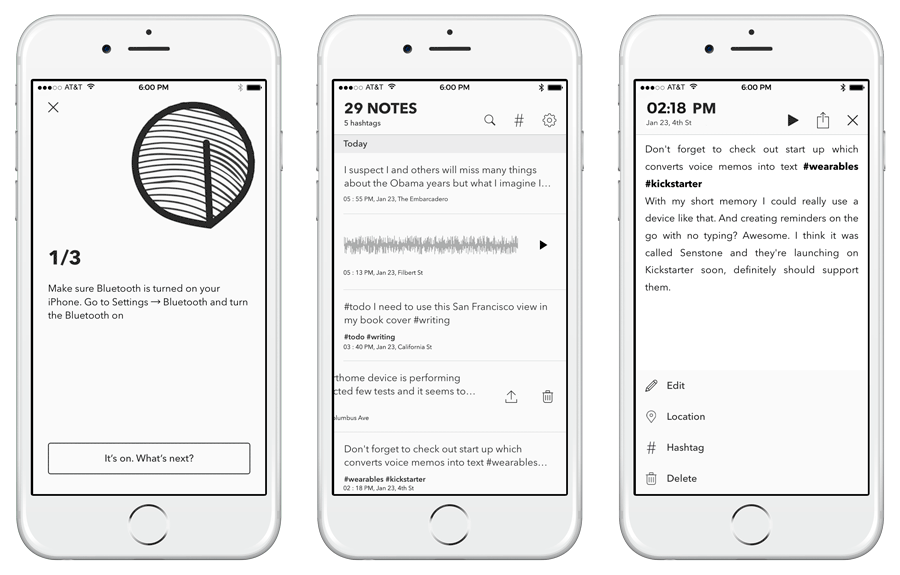 Fedorchuk says that he’s seen the most interest in Senstone from professionals who rely on good ideas. “We have most interest from all kinds of bloggers and writers, managers, students, and creative groups of people,“ he said.

But the device can also ease communication for people with certain disabilities. “We also have some interest from the healthcare [space], like people with hearing difficulties,” he said. “The other person’s speech could be easily transcribed on his/her smartphone screen.”

Before the Kickstarter campaign, the Senstone team spent over a year developing the device. It evolved through seven total iterations. “We had about 10 different designers involved, starting from graphic and fashion designers who advised on wearable aspects and mechanical designers who made sure that all the small details work together at production level,” said Fedorchuk.

The extensive development also helped refine the features of the Senstone. “It took us some time to realize what makes most sense for people and concentrate on what really matters,” he said.

Markiyan Matsekh, co-founder and CPO of Senstone, said that they partly spent so much time improving the device to help drive enthusiasm for the crowdfunding campaign.

Matsekh says that while developing the Senstone, he sought to solve the challenges he faced while taking notes from audiobooks while driving. “There are a lot of smart things to remember, and obviously I need to write them down,” he said. “In a car, best solution I had before using Senstone is pausing the audiobook, switching apps, recording, then switching back, and when I’m home, listening through all of this to take notes.” 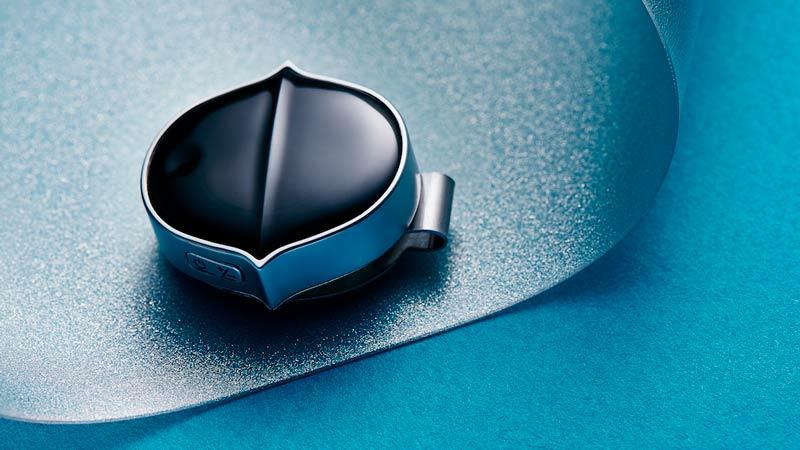 As of this writing, Senstone has raised more than double its Kickstarter goal of $50,000 with still a month to go. Backers can currently take advantage of early bird pricing, and if they pledge $100, they can receive a Senstone when it begins to ship this July.

Senstone’s Kickstarter page says that the company plans to expand the functionality of the app with features like automatic punctuation and intonation analysis. Fedorchuk said they have some even more ambitious features in the works. “One of most requested scenarios is transcription of group conversations on larger distances — at the meetings, interviews, or maybe even lectures. For that, we’ll need to boost mic sensitivity and add speaker recognition to distinguish who said what.”

But Fedorchuk believes that, in the future, the Senstone can be even more than a convenient way to store and organize notes. It can also aid self-discovery. Over time, users can quantify the moods they are in when they take notes, confidence levels, where they take notes more often, and whether or not they follow up on a note.

As Fedorchuk puts it: “If we treat our memos as we treat our steps, there’s a lot we can learn about ourselves.”