SkyLights Wants To Bring The Virtual Experience To Your Next Flight

Whether you’re on a short flight between cities or a long-haul trip overseas, the constraints of an airplane eventually weigh on all passengers. Even those fortunate enough to sit in first class usually occupy their attention with some kind of electronic device.

Computer screens and seatback TVs provide some escape from the airplane bubble, but what if you could watch those same shows and movies in a virtual world? SkyLights brings the VR experience to your cabin in-flight with its virtual reality headset, the SkyLights Theater. 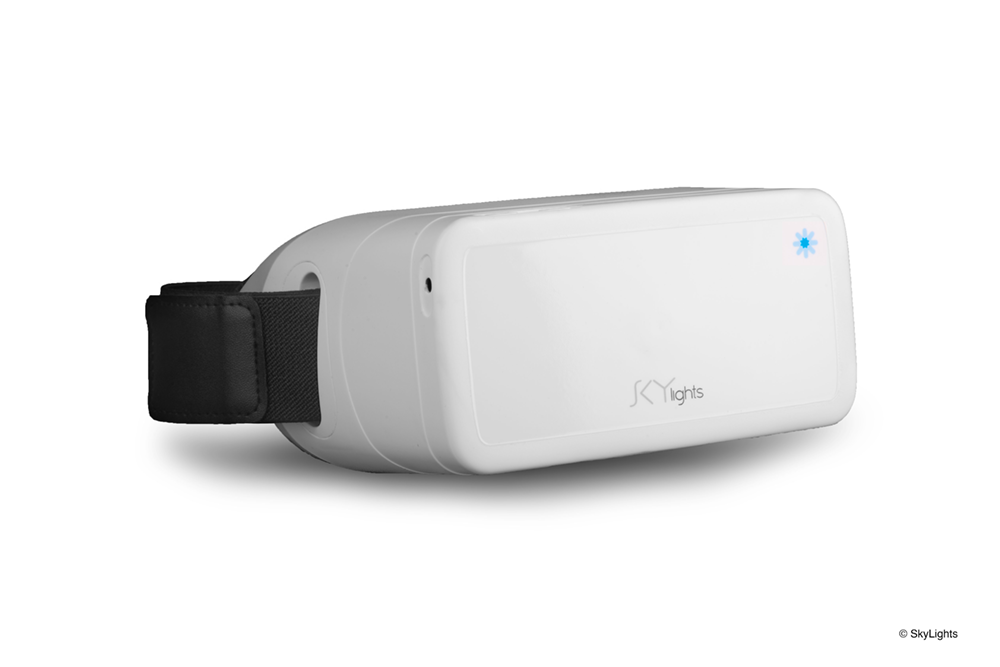 “It became very clear to us that planes were a fantastic opportunity because it’s a place where people have, perhaps, the greatest pain in terms of entertainment,” said David Dicko, CEO of SkyLights. “Users have mediocre substitute entertainment offerings, and we thought it would be a great way to push [our own VR platform] to the market.”

Using virtual reality as in-flight entertainment might seem like a natural transition for this technology, but there’s much more to the process than supplying airlines with a bunch of headsets.

At the beginning, Dicko said he and Bolzinger wanted to use existing headsets within their VR platform, but because no headset on the market fulfilled the necessary requirements, they had to develop their own. 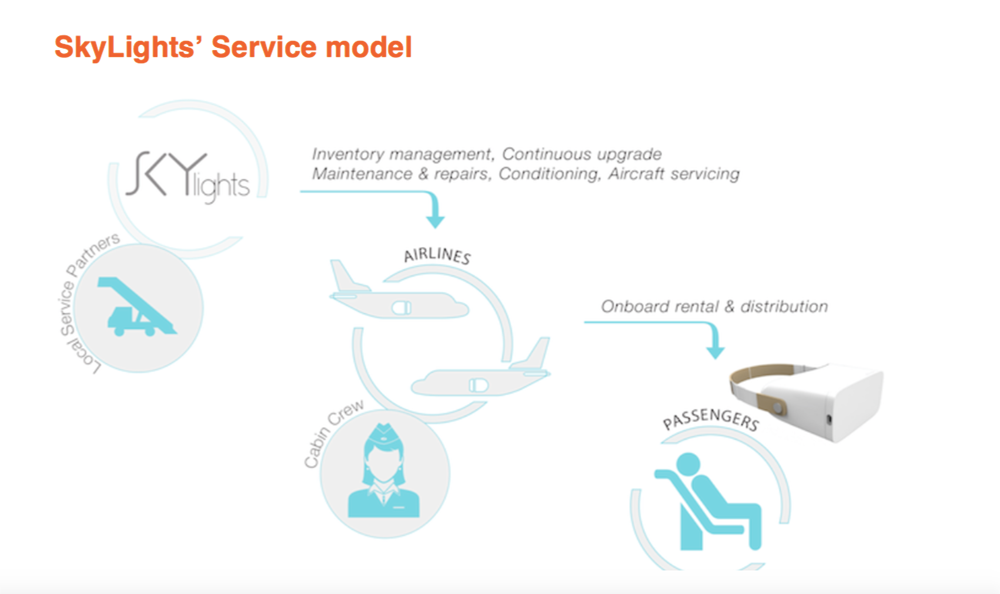 The SkyLights Theater offers a cinema field of view, has 2D and 3D capability, stores about 40 HD movies at a time, and weighs only 280g.

“We’re offering an immersive experience that’s unparalleled,” Dicko said. “It’s essentially the same as sitting in an IMAX movie theater and being completely thrown into a 3D movie in front of you.”

Taking Your Next VR Experience Airborne

That immersive, virtual experience is the basis of all VR platforms, but sustained usage is what sets SkyLights apart from other competitors.

“There’s a novelty aspect, but [our headset provides] a very immersive entertainment experience and people tend to watch between two to three movies with it at a time,” Dicko said. “Our battery life lasts [the length of] three to four movies, so it covers about 95% of the use case.”

After each flight, SkyLights cleans, charges, and updates its headsets through logistics on the ground. Dicko said the company has service systems set up at every airport that its airline customers fly to.

SkyLights doesn’t currently supply individual consumers with headsets, but Dicko said that may be possible in the future. As of now, the company wants to continue building on its customer base of airlines, which includes the likes of Corsair and XL Airways.

“Because we have to be very focused in what we do, we’re concentrating on growing our [airline offerings], where we can have a volume effect that’s very strong,” Dicko said.