Four Ways That Future Cities Will Be Smarter, Safer, And More Efficient

Cities are astoundingly complex machines. If you’ve ever watched people flowing in and out of buildings and across urban streets in a busy downtown block and been baffled by how cities work, you’re in good company.

Dr. Jonathan Reichental, Chief Information Officer for the City of Palo Alto, confesses that it astounds him too. “I’m somebody who lives and works in this space every day,” he says. “I’m amazed it all works. I’m amazed that when you go to New York City or San Francisco or Santa Clara, or wherever you’re from … when you’re in that city and it sorta kinda works every day — it’s pretty amazing.” 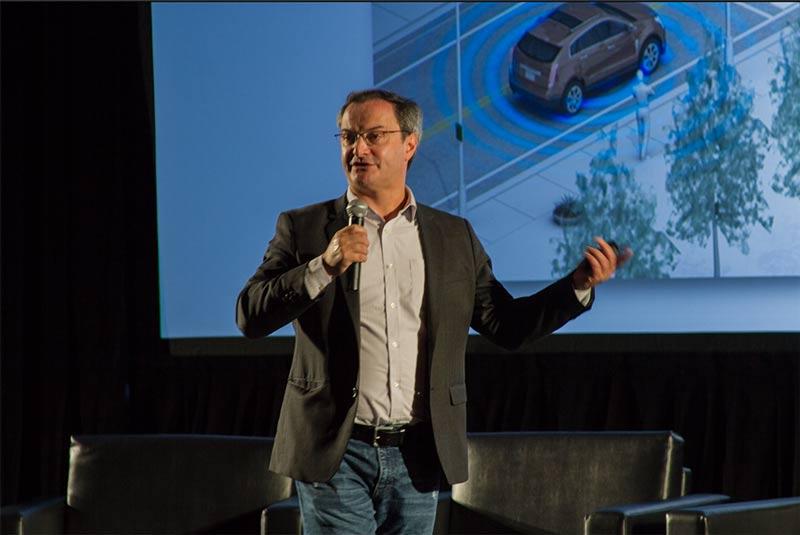 It’s amazing to him because many features of a city have to work independently, but they also have to work together.

At the Wearable Technology Show 2016, I got a chance to hear Dr. Reichental give a presentation on smart cities. I also spoke with Bob Bilbruck, CEO of B2 Group, about how technology will shape how city dwellers work and live. Together they gave a peek into the future of cities.

The ultimate goal of building "smart cities" is creating spaces that are easy to live in, easier to work in, and sustainable. While that will require the involvement of many different moving parts, there are four that will make a particularly big impact on cities: easier interaction with government, smarter traffic, better power sources, and open data.

Smartphones and the internet have made communication fluid, instant, and effortless. But while it’s easy to send a photo to a friend or order an Uber at three in morning, governments (including local governments) remain stubbornly opaque.

“You go to city hall, you take a number, you don’t know how the system works. It’s very inefficient,” Reichental said. “This is how most of America works.” But it doesn’t have to be that way. Ideally, citizens would get permits, pay tickets, or report crimes, not through actually filing paperwork at their local city hall, but through their phone.

“I work every day with my colleagues with city halls around the world to increasingly bring public service to the platform that people want to use,” Reichental said. “Which is now increasingly smartphones.” People want to be able to interact and work with government. But they want it to be as easy as reviewing a restaurant on Yelp. More municipalities are moving towards bringing city services out of city hall and onto smartphones.

Dr. Reichental said that he was initially excited to move into the public sector because it allowed him to “pull back the curtain” on how cities worked. He was particularly interested in traffic.

“I was really interested in the traffic signal system. And when I saw how it worked, I wasn't heartened,” he says with a chuckle. “I didn’t walk away saying ‘that’s incredible technology!’ I walked away saying quite the opposite.”

Solving transportation issues is important because it affects everybody. But it’s also crucial because it accounts for about 60% of issues related to climate change. “Climate change will be solved in cities,” Reichental said.

One of the ways that cities are working on transportation issues is through smarter traffic lights.

In Palo Alto, they moved their traffic light system from analog to digital. “Our traffic signals now are nodes on the internet.” That means that the city can change how the traffic signals at any time. But more importantly, it’s possible to make the signals dynamic. During rush hour, for example, the signals are programmed to allow for faster traffic. Sensors can even detect traffic flow in order to adjust signals in real time. Reichental calls this “adaptive signalling.” It’s currently used on three streets in Palo Alto. 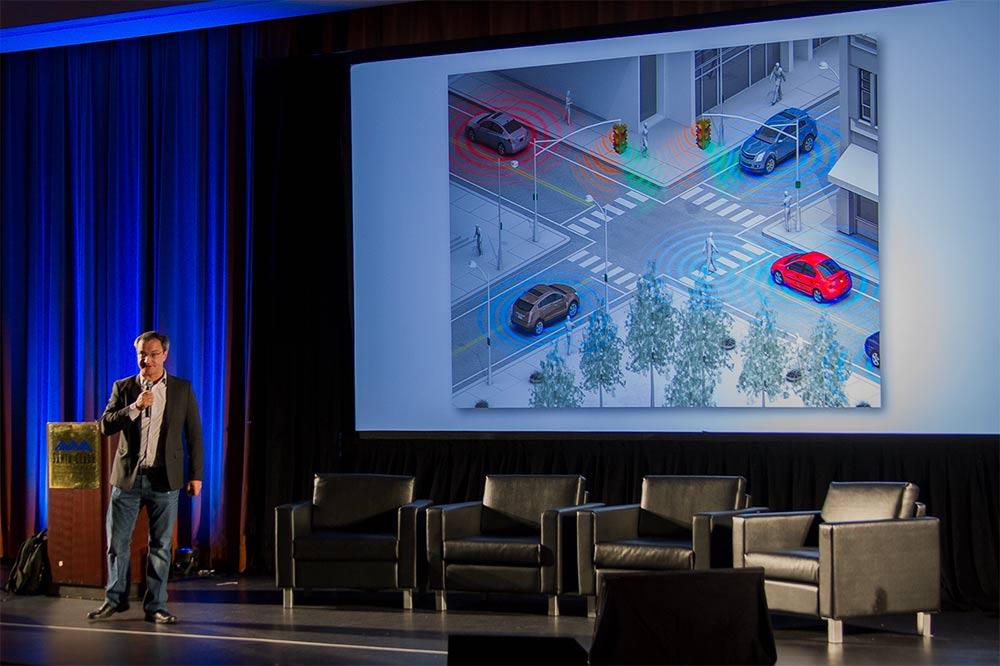 Bob Bilbruck also said that new technology is helping transportation become more efficient. “Some parking companies today are using IOT applications with apps that make it easy to find an open parking space,” he said. “So instead of having to drive around for blocks and blocks, you can go straight to the best space.”

Dr. Richental said that even further in the future, self driving cars will further change transportation. This change will revolutionize automobile safety. “1.5 million people die in car accidents every year,” he said. “Mainly because of human error. That’s a startling figure. We should be appalled by that.” Eliminating human error due to driving automation could save hundreds of thousands of lives a year.

Automated driving won’t just change roads and transportation. It will transform the structure of cities. “The very design of cities is going to change,” Reichental Said “We won’t have to design with this grid system any more. This is designed for horses and buggies and cars. It’s not designed for computer-operated autonomous vehicles.”

When this happens, traffic signals themselves will become unnecessary.

Dr. Reichental that all domestic residences in Palo Alto are now powered by renewable energy, mostly solar. New building codes require that new homes only use electric power, so there is no gas heating or ovens. And he projects that industrial buildings will soon switch to renewables too, so all buildings citywide will be carbon neutral. Why has there been such a long delay in adopting solar power? He says that it’s a matter of basic economics.

“The price point wasn’t right,” he said. “It was still cheaper to consume disgusting coal or oil.” But, as the price of solar panels continues to shrink, he predicts that there will be an explosion of solar energy usage across the United States. He adds, half-jokingly, “At least I hope so for my stock portfolio.”

Bob Bilbruck said that self-driving cars will also improve energy usage in cities, even if those cars aren’t totally electric. “Let’s say you’re using some hybrid of a fully autonomous vehicle and a driver-operated vehicle. Some energy efficiency is going to happen, “he said. “Now a driver isn’t pressing on the gas pedal quickly and they’re not swerving around people. There’s going to be more order to the system.” Highly efficient driving means less energy consumed, which ultimately leads to less need for fossil fuels.

Palo Alto offers a smartphone app called PaltoAlto311. It allows people to report issues, get important notifications, and easily access city information. For example, someone might be able to report a pothole in the street or graffiti. They can even include a photo of the issue so city employees can easily identify it.

While that was helpful, Dr. Reichental wanted to take it a step further. “I figured if people were reporting thousands of times a month about issues in the city,” he said, “it would be great to map those on a chart of the city in real time.” The city offers constantly updated data about what’s happening in the city. For example, you can see a real time chart that displays the type of requests Palo Alto gets through the 311 app.

“You can see what’s happening in the city of Palo Alto right this second,” Reichental said.

This kind of open data doesn’t just lead to greater understanding of the city and greater government transparency. It also creates business opportunities and jobs. Software developers can use this data to create useful products and services for people.

Dr. Reichental said that creating smarter, connected cities will be one of the most important and significant challenges in our lifetime. And it will probably be just as important for future generations. As the world population continues to concentrate in urban areas, the importance of creating high functioning cities increases.

But still, Reichental said, we can’t simply wait for future generations to improve our cities. When you survey the scope of the challenge, “we have some work to do.”

Millennials look at technology way differently than everyone else. They’re very adaptive and adoptive, and it’s because they grew up in this era.