The big announcement at Sony’s CES press conference this year sat behind a black curtain on stage with Sony CEO Kaz Hirai. The OLED Bravia 4K TV with Dolby Vision HDR, which displayed beautiful, clear, and richly colored scenes, was an object of such intense beauty that it was swarmed by photographers the moment Hirai left the stage.

But big companies don’t just announce industry changing products at CES. Sometimes, they also show off high concept, but nonetheless half-baked, devices that aren’t quite ready to leave the lab. This was the case with a prototype personal assistant wearable, which at the moment is named “N” — short for “Nigel.”

Think of N as Alexa on the go. It’s a horseshoe-shaped device that rests on your shoulders and responds to voice commands. You wake up the device by commanding, “Listen up, Nigel.” From there, you can tell it to play music, report the weather, take a picture, report your running or bicycling speed, and other common digital personal assistant commands. 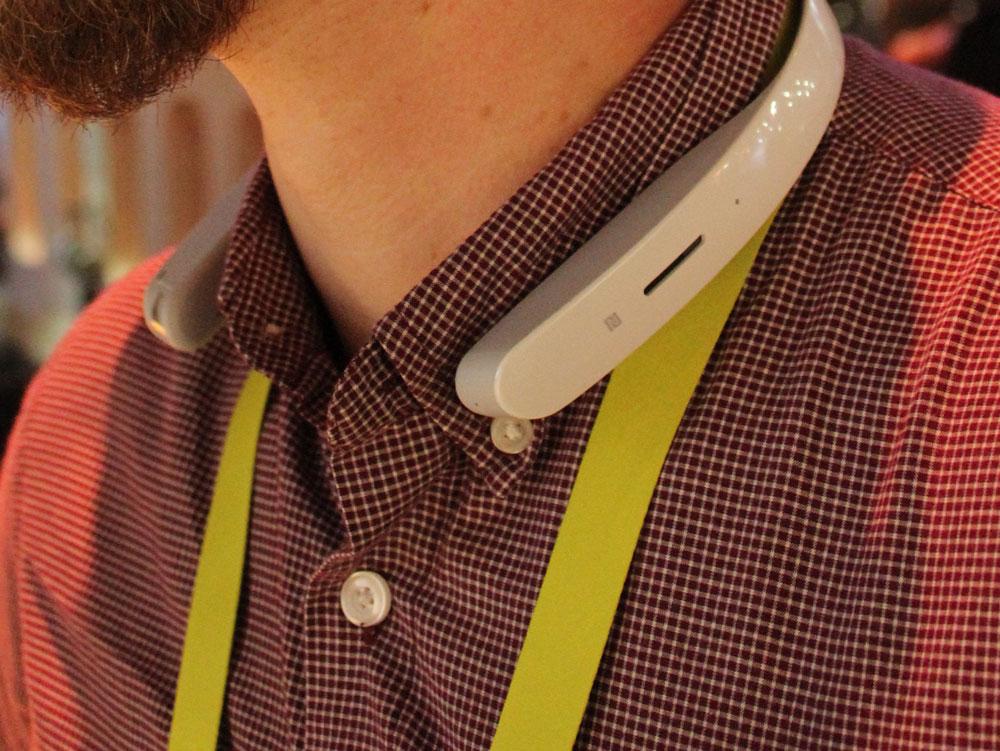 I was skeptical that a device that’s closer to my shoulders than my ears could play music that’s audible to me, but not a nuisance to people around me. But somehow, thanks to carefully engineered speakers, I was able to clearly hear the music — even though it seemed silent to those around me.

N doesn’t offer the kind of quality demanded by serious audiophiles, but it’s good enough to provide some background tunes to your day. It’s possible to have a conversation with somebody while you’re wearing N. And since there’s nothing in your ears, it’s probably even safe to have on while you’re driving. 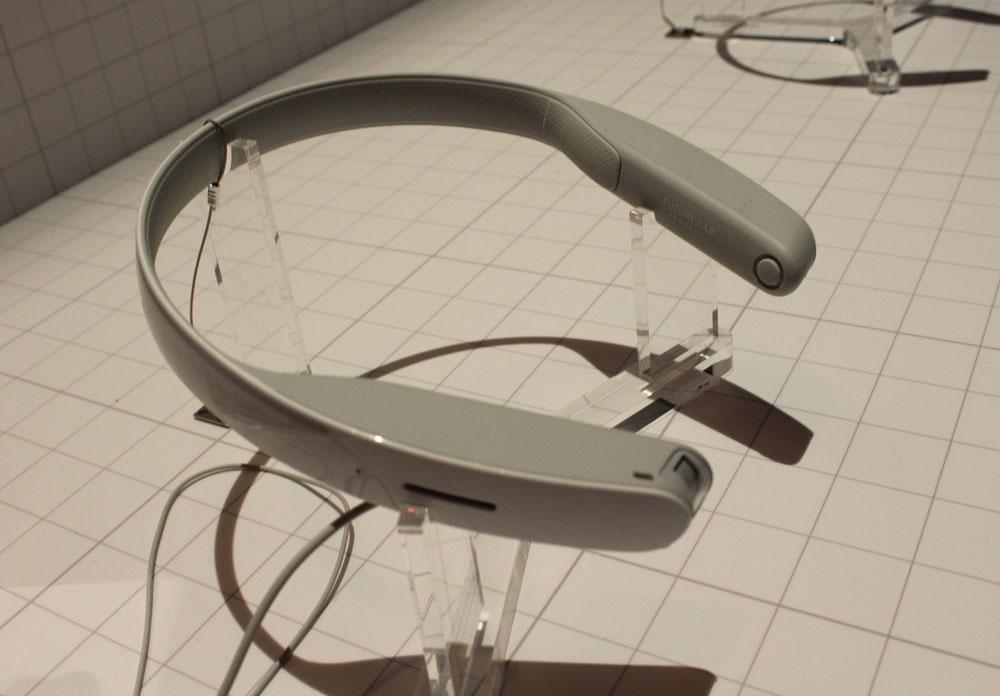 One of the most intriguing aspects of N is that it includes virtual surround sound, which Sony calls “virtualphones technology.” When combined with the N’s motion sensors, it can create audio augmented reality experiences. Sony provided a simple example from an in-development app for N called “Lost Dog.” In the experience, you try to find a virtual dog named Scout using only your ears. You can hear the dog to the side, front, or back of you when Scout barks. It’s also interactive: for example, Scout can detect when you nod in approval and react appropriately.

This kind of audio-only augmented reality has practical possibilities, too. For example, you could ask Nigel to give you restaurant recommendations while you meander around a new city. When you happen to pass by a eatery that it thinks you’ll really like, it could pipe up and suggest you stop in for a bite.

N also includes an 8-megapixel camera that allows you to take pictures on command. It includes an accelerometer and gyroscope that keeps the camera looking forward, even if you lean forward or backward.

What’s the real way people might use N? Well, Sony’s still working on that. The company is quick to point out that N is still in the prototype phase, and it's still working on fully realizing N’s potential. N is part of Sony’s Future Lab program, which releases some products from the tech giant's research and development department to certain users. The goal is get user feedback while a product is still in the early stage of creation.

N sounds (and looks) a bit like LG’s Tone Studio speakers, which is a consumer ready product that will launch in March. But while Tone Studio offers personal surround sound, N is more ambitious — it envisions a personal assistant that follows you around, a new way to experience augmented reality, and a platform that developers can build on.

There’s no telling when (or even if) N will ever be sold on the consumer market. But if anything, it’s evidence that Sony isn’t interested in playing small ball if they choose to step into the wearables market. They aren’t just thinking of a new fitness tracker — they’re thinking of a new kind of wearable category entirely.

Think of N as Alexa on the go.