Before neuropsychologist Dr. Amy Serin invented the Buzzies, she assumed that they already existed. “This has be accessible already,” she said as she searched for a device that applied the kind of treatments she used in her practice. “Surely, as effective as this is, somebody has thought of this.”

But her search came up empty. So she decided to make it herself.

Dr. Serin had worked to help patients treat stress anxiety disorders for around a decade at her own clinic. But she wanted to give patients an easy, passive way to use common treatments at home.

“I really saw the need for my patients to have some form of relief that was not a drug,” she said. “I also partially developed this in response to the needs of my own children and family.” She said that she based the devices on a component of a successful treatment for PTSD: bilateral stimulation.

Bringing Clinical Treatments Into The Home

In bilateral stimulation, which is a component of a more comprehensive therapy called Eye Movement Desensitization and Reprocessing (EMDR), the patient is stimulated by something in a rhythmic, left-right pattern. For example, lights will flash in one eye and the other, or an audio track plays in one ear and then the other. This pattern takes your mind off your stressful experiences.

Here’s how she applied that therapy in the Buzzies. They are two separate squares that connect to your phone via Bluetooth. You place the two devices on either side of your body by wearing them on your wrists like watches, in your socks, or stuffed in your tank top straps. Then, with the free app, you choose your settings and activate the devices. They vibrate rhythmically, back and forth, which is supposed to melt away your stress or anxiety. 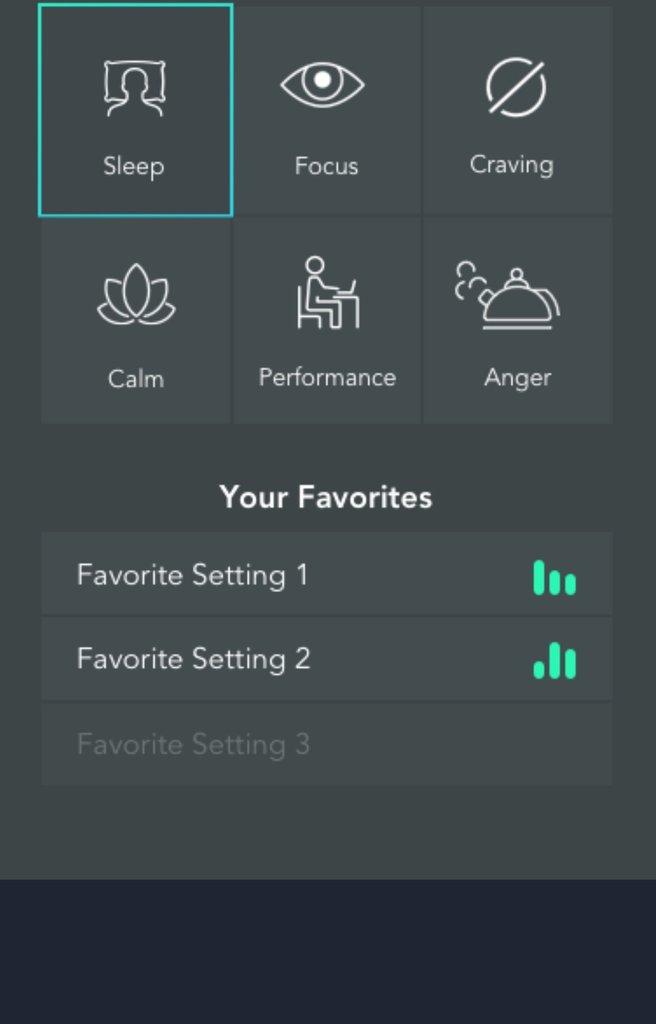 Prior to developing the Buzzies, Dr. Serin had read interesting research about the ways tactile stimulation could help stress and anxiety. This led her to favor stimulating the sense of touch through vibrations when creating the devices. “Clinicians think of bilateral stimulation as one interchangeable category, but really the way that tactile stimulation gets processed in the brain is quite different than other forms of sensory stimulation,” she said. “Touch is really our most important sense.” 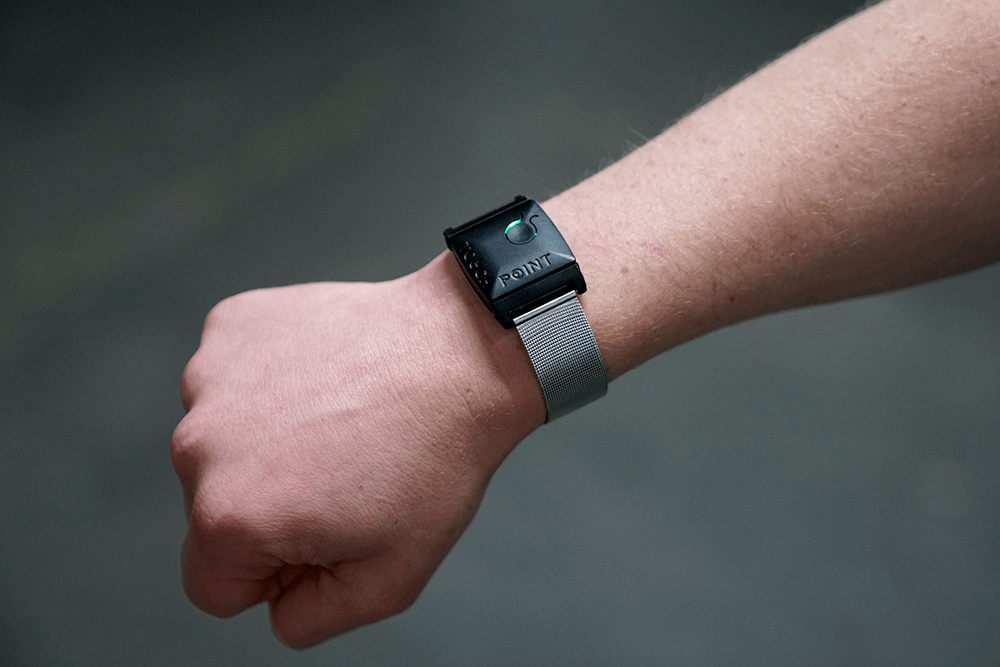 At first, using the Buzzies is a strange experience. The rhythmic, back-and-forth vibrations are distracting, which is the point. In my experience, I slowly felt more relaxed as I became more accustomed to the sensation of my wrists vibrating. The vibration was too loud to allow me the wear the Buzzies in the open office where I work, but I could comfortably wear them at home or while I was driving — which, incidentally, came in handy whenever I hit a traffic jam.

While it’s still a good idea to use traditional stress relief techniques like exercise and meditation, the Buzzies have one huge advantage: passivity. You can use them while you’re working outside, in your car, and anywhere the sound of a vibration isn’t likely to cause distractions. Since the Buzzies don’t require any additional, conscious work, I’m more likely to use them.

Dr. Serin said that she has seen success using the devices — even for people in the most stressful jobs. She gave one example of a police officer who had to face the man who was charged with shooting his partner in court. Worried about about having an angry outburst while testifying, he used the Buzzies in order to calm his nerves.

The devices have even helped first responders internationally. While Dr. Serin was consulting for a group that responded to the deadly West African ebola crisis, she gave a set of Buzzies to someone who helped the victims of that outbreak. While many first responders emerged from that public health disaster with PTSD, the Buzzies seemed to help this person avoid the worst psychological troubles.

Dr. Serin was surprised to see the autistic community also take a liking to the Buzzies. Children with autism typically face stress and anxiety, and parents can use the devices in order to calm nerves in otherwise stressful situations. Parents particularly find it useful for anxious children who have trouble sleeping at night. A few minutes with the Buzzies helps them doze off. 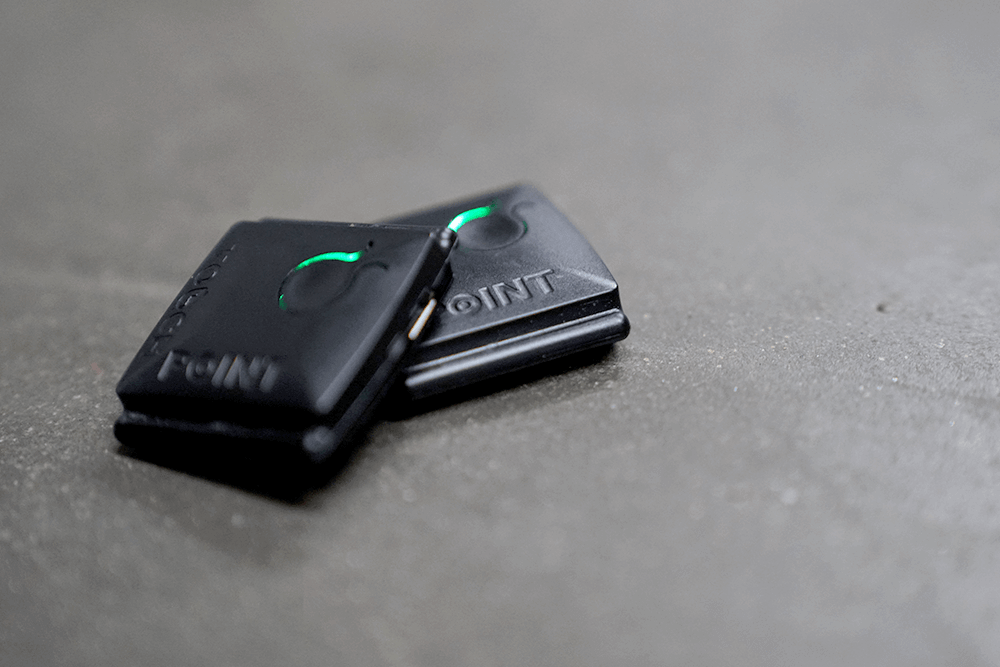 Dr. Serin has gathered a wealth of data about the effectiveness of the devices, and she is working to get it published in a medical journal in the future. Right now, she’s focused on improving the devices so they’re a better consumer product. “I’m excited that now that we’re getting user feedback,” she said.

The Buzzies kit costs $239.  However, Dr. Serin’s company Touchpoint Solution has a program that provides scholarships to people who can benefit from the devices.

Dr. Serin said that she hopes more widespread use of the devices will help people treat chronic stress and bring proven treatments into the mainstream. “This can create some profound changes, not only for families and individuals, but for the human condition,” she said. “If we’re calm, everything goes better.”

This can create some profound changes, not only for families and individuals, but for the human condition