How Upload, Inc. Created A Fertile Ecosystem For Virtual Reality To Grow

Will Mason describes himself as a “Virtual Reality Evangelist,” which initially sounds like one of those hyperbolic tech industry titles that HBO’s Silicon Valley might poke fun of. But after you hear Mason zealously proclaim the gospel of VR, you understand why there’s no better way to describe him. He earnestly deploys religious terms to explain the popularity of virtual reality among young entrepreneurs and developers.

“VR is one of those rare things in life — on touch, there’s instant conversion,” he says. “The moment that you try it, you’re a believer.” 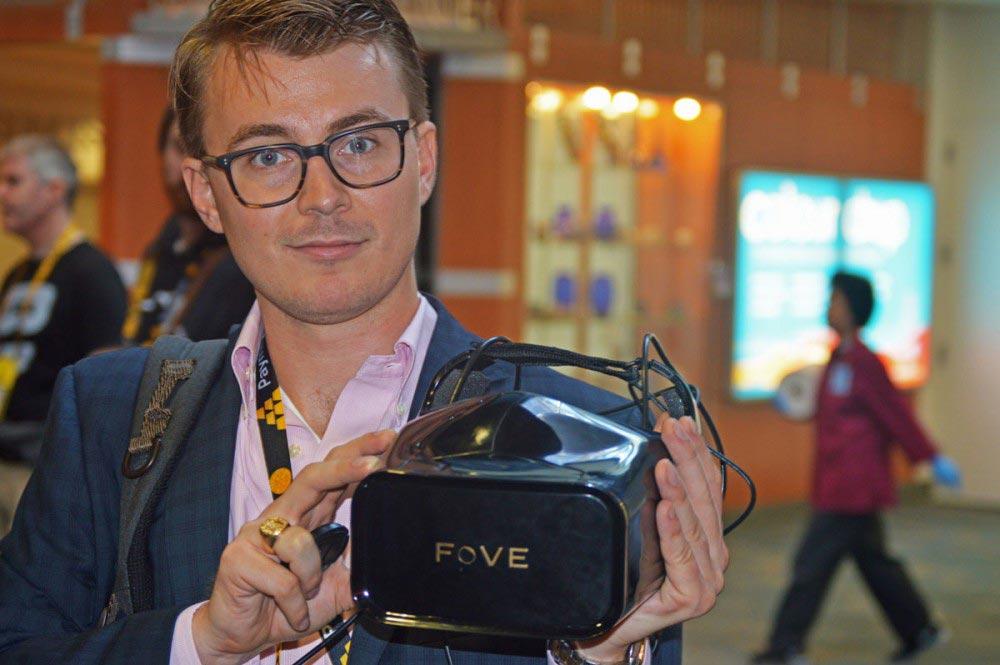 Related: How Does A 19-Year-Old Look At Virtual Reality? Through The Eyes of VU Dream

The company has three branches. First, there’s the media arm, UploadVR.com, which Mason manages as Editor in Chief. Second is VR Academy. This is an accelerated educational program that pairs starting professionals with experienced mentors to help improve their VR skills. The third branch is the San Francisco coworking space Upload Collective, Which gives VR professionals a physical place to work, try out the latest technology, and attend events that sharpen their skills and introduce them to other VR pros.

Upload Collective also gives members access to mentors, including veteran tech blogger Robert Scoble, who joined the organization as an Entrepreneur in Residence.

All three branches are designed to support and feed into each other — offering support for a community that’s just beginning to form.

Mason says that the VR community is built from grassroots — it’s mostly composed of people who tried the technology and became enthusiastic about developing with it. Some even dramatically change their life trajectory. Helen Situ, a mentor at Upload, explains in an article on Medium why she sold off her furniture, uprooted her life, and moved across the state so she could join a virtual reality startup.

This community grows organically because of how the technology spreads. Explicitly shrugging off concerns that VR alienates users, Mason explains that since virtual reality experiences are shared from person to person, it actually brings people closer together.

“While it’s an isolating technology, there’s somebody who shows you that for the first time,” he says. “In the early stages of the industry, that was happening at these meetup groups — at these events, there were other people who had that moment, too, and they remember the person who gave them that moment for the first time. There’s an inherent bond between you and that other person that instantly creates community.”

Upload itself grew from these grassroots. The company started as a meetup group called the VR Lab. It was founded in May 2014 by Taylor Freeman, a friend of Mason’s, co-founder of Upload, and the Upload, Inc. CEO. “We met over that summer by happenstance and really, really connected over a passion for where this technology was going,” Mason recalls about the birth of Upload. “I joined in October and we kept running the meet ups together. Then we decided to more formally form a company around it.”

Mason says that he fell into his role reporting on VR events — despite not having any background in journalism or media. But though he didn’t even write for his high school’s newspaper as a teen, he helped grow UploadVR into a premier news site for all things virtual reality.

“For the first 10 months or so of the company’s life, I was solely focused on editorial and was the sole member of the editorial team,” he says. He chuckles while remembering his ambition in those days. “I was trying to cover as much of the industry as I possibly could. Thinking back to it, I was not being easy on myself. I wasn’t writing those 300-word articles. I was writing what I might turn into college the year before — 2,000, maybe 2,500-word articles, pumped out two, three, maybe four times a day.”

Mason says that while it’s been exciting to help grow a publication from scratch, things have become a lot easier since he hired a staff. “I think it’s been a journey for me to learn how to be a journalist, and trying to learn on the fly,” he says. “Thankfully, I’ve been surrounded by a lot of great talent along the way.” One of his mentors was veteran tech publisher and entrepreneur Fred Davis, who helped create Wired magazine.

Upload’s multi-pronged strategy for fostering entrepreneurship has already earned recognition from industry heavyweights. Their pilot educational program accepted sixteen students, who studied and worked together for eight weeks. It gave birth to two companies. One was recognized at Oculus’ recent OC3 conference and was accepted into Oculus Launchpad, their startup accelerator program.

The second was started by people who were initially readers of UploadVR. When they heard about the Upload Academy, they joined and became fast friends as they worked the program. After they completed on their final project together, they started a company and moved it into the Upload Collective.

Mason says that this is a prime of example of how all three branches of Upload help foster new virtual reality projects. UploadVR inspired the team, VR Academy educated them and brought them together, and Upload Collective gives them a space to work together and make their vision a reality. “This honestly demonstrates the flow through the model that we’re trying to create,” he says.

The Future Of VR

Upload has big moves planned in the near future, including a possible new Upload Collective workspace in Los Angeles. But Mason isn’t quite ready to divulge details yet. “Unfortunately, I can’t talk too much about those next steps yet,” he says. “But there’s stuff coming down the line, so stay tuned.”

Mason says the virtual reality community that Upload supports is uniquely excited about what they do. “Everyone has wished for this kind of tech since they were a kid,” he explains. “Now they’re finally getting to see it, and they’re giddily surrounded by a bunch of other people who are getting to work on it for the first time.”

That adoration for the tech itself, and what it can accomplish, fuels the growth of the community. “It’s exponential. The more people that concentrate that passion, the more they attract, and the more people get swept up into it,” Mason says. “It’s the most unique technology community in the world, and the most passionate.”

It’s the most unique technology community in the world, and the most passionate.