Why Vlogging Camera Technology And Wearables Belong Together

Powerhouse vloggers like PewDewPie and Lilly Singh are insanely popular with more than 53 million and 11 million subscribers, respectively. With such staggering follower counts, it’s no surprise that internet celebrities are making millions of dollars from a combination of daily vlogs and advertisements.

Why are their videos so successful? It’s simple: vlogs are personal, engaging, and entertaining.

According to MediaKix, “44% of all internet users watch a vlog each month. As a result, vlogging today is big business.” The evolution of vlogging camera technology and new social video platforms like Snapchat and Facebook Live empower more people to create and consume countless hours of videos.

As the industry evolves, one key to vlogging’s continued growth is clear: wearable technology. 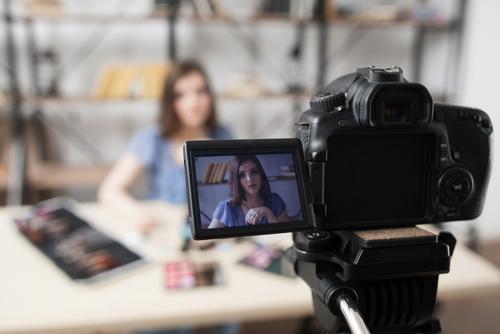 GoPro, the original action camera, was a landmark of accessible video technology. Mass consumer adoption initially grew with the advent of GoPro in 2005, which managed to combine high-quality video capturing in durable casings at an affordable price point.

As a whole, wearable technology is growing. It is estimated that the wearable tech industry is going to be worth $34 billion by 2020 — and exciting developments are already happening to take mass-market adoption of wearable cameras to the next level.

Just take a look at what wearable computing and visual communication company Glide has planned regarding high-quality, seamless camera integration with the Apple Watch: the company’s watch band product, CMRA, brings HD video and two HD cameras to the smartwatch. Glide CEO Ari Roisman believes that camera integration is the natural and inevitable next step with wearables.

This integration opens up a new realm of visual communication, and with it, an evolution of the vlogging form.

How Will The Two Combine?

Specifically in terms of video capturing, wearable tech will affect the way vloggers create their content. Vloggers are always searching for more efficient, yet quality ways to capture their days and events. Most popular creators use either a DSLR or a Mirrorless camera because they reliably offer the video quality that professionals require.

However, as 2017 dawns the age of high-quality, wearable vlog cameras, expect to see vloggers adding new devices into their regular equipment repertoire to add unique angles and shots to their videos.

So, how will wearables empower vloggers to make more (and more interesting) videos?

Enjoying (More Of) The Moment

Using a wearable camera allows video creators to enjoy the moment, rather than focusing on recording with their handheld vlogging camera. As a vlogger, you may want to record day-to-day activities of your life, like going to work and hanging out with friends. But if you record with a handheld camera, you can’t enjoy the moment. Instead, you have to stare at a screen most of  the time.

Instead, why not just wear the camera?

One of the best all-round advantages to using wearable cameras is video automation. Popular vlog camera choices like the Canon S120, 70D, and 80D force vloggers to stare at the screen the entire time. However, a camera that you simply attach to your shirt or helmet offers peace of mind: video creators know the camera is getting the shot without constant screen checking. This streamlines the way vloggers record high-intensity activities. 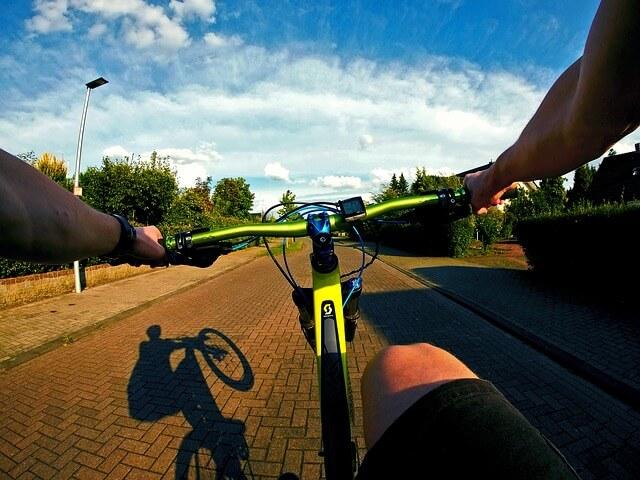 Projects like Google Glass and Snap’s Spectacles demonstrate that modern cameras can record what we’re looking at. Although both of these products are not open source and are tied to only work with their respective products, the functionality is clearly there.

For now, this opens up the opportunity for vloggers to produce more immersive videos, rather than talking directly at their audience. But the potential also exists for vloggers to eventually offer more live content that takes viewers directly into their point of view.

Prior to this rise of the wearable camera, vloggers created videos while driving, riding, or playing dangerous sports while physically holding their camera in one hand. Any daredevil vlogger wanting to get DSLR video quality took the risk — after all, they didn’t have any other option.

A perfect example is the insanely popular vlogger Casey Neistat, who regularly speeds in between downtown New York City traffic on his skateboard while holding his bulky Canon DSLR camera — and sometimes even with a GoPro in his mouth! With the help of wearable cameras, vloggers like Casey can create videos without compromising their personal safety … or video quality.

Wearable cameras are designed to be extremely lightweight and portable. For instance, while the popular Canon 70D vlogging camera weighs in at 26 ounces, Google Glass weighs just 1.27 ounces.

Though wearable technology is still evolving, there are many vloggers who are already using wearable cameras in innovative ways. Check out vloggers like Baron Von Grumble (who uses the “Drift Ghost” camera) and Royal Jordanian (who goes with a variety of the latest GoPro camera models), for example. These vloggers have collected well over 100,000 followers by giving their audiences the unique perspective that their vlogging cameras provide.

Vloggers like Roman Atwood and Dose of Fousey vlog their daily commute on a regular basis. On occasion, these vloggers throw in some wearable camera footage for a refreshing angle. These types of videos should more common as the quality of wearable cameras develops.

The biggest winners from this evolution: video audiences who will enjoy videos from perspectives that weren’t possible before.

It is estimated that the wearable tech industry is going to be worth $34 billion by 2020.