Welcome To The Scene Of The Crime: Virtual Reality Technology Used In Court

What would you do if you could place yourself at the scene of any crime — using virtual reality (VR)? Based on VR news from the UK, that fantasy may become a courtroom reality.

Peña and her team used audio files of real 911 calls, witness testimony, and architectural drawings to recreate the events of that tragic night — and based on a recent report by the BBC, similar virtual reality technology could be used in courtrooms in the near future.

A project at Staffordshire University in the United Kingdom is working on techniques to transport jurors to virtual crime scenes. Researchers at the university’s Centre of Archaeology and Forensic and Crime Science department recently received a grant for more than $200,000 to develop new ways to record and present crime scenes — using VR.

As project lead Dr. Caroline Sturdy Colls points out, the grant is a milestone in VR news for the following reasons:

“Traditional means of documenting, sketching, and photographing crime scenes can be laborious, and they do not provide data outputs suitable for presentation in court to non-experts. A number of novel, digital non-invasive methods now exist which have the potential to increase search efficiency and accuracy, permit access to difficult and/or dangerous environments, create a more accurate record of buried or concealed evidence, and provide more effective means of presenting evidence in Court.”

What does this technology look like, and how can it help future jurors?

Colls’s project uses green screens, virtual reality headsets, and technology from gaming, engineering, and computing in order to recreate the scene of the crime and immerse participants in the virtual world.

Using a VR headset, a juror could potentially walk around a virtual crime scene. An attorney could guide jurors through the scene, providing a level of detail unparalleled by old methods like sketching and photographing.

After all, it’s one thing to look at crime scene photos — but it’s an entirely different scenario to watch the crime happen in front of you.

The headset would cost approximately £700 (or more than $1,000), which Staffordshire Police says is an affordable price tag. But the benefit of this technology in the courtroom could potentially pay for itself: Simon Tweats, Head of Justice Services at Staffordshire Police, says that the technology could change how evidence is presented, “in a way that is far easier for juries to understand and appreciate — which can only be good for everybody, for prosecution and defence.”

According to Staffordshire Police, the concept could become “significant” in the near future.

The Issues With New Technology

We likely won’t see VR headsets in courtrooms anytime soon. The Staffordshire project is just an experiment for now, and bringing advanced technology into courtrooms has at least one major drawback: the potential inefficiency of transitioning to a completely new system of presenting evidence.

“We’ve recently gone on to a digital system within the Crown court and it’s causing significant delays,” says Jason Holt, a barrister at Steven Solicitors. “The systems we’re using break down, the technology isn’t sufficient, and we go back to pen and paper. It’s causing delays in court, in my own experience.” 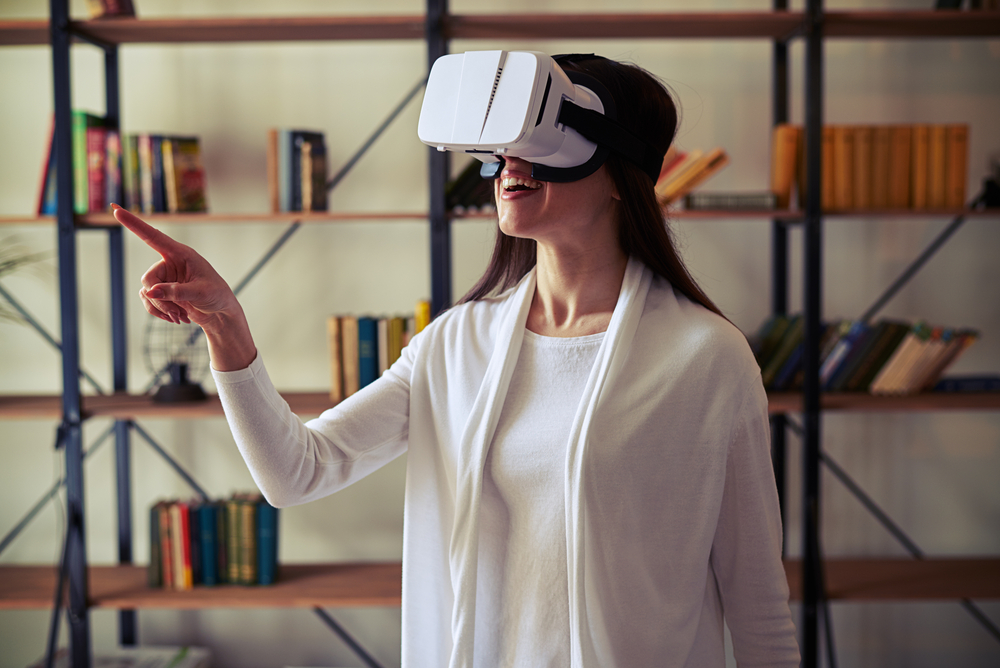 We also have to consider whether such evidence would even hold up in US courts. The concept has been explored before; in an article last year, Carrie Leonetti — Associate Professor of Constitutional Law, Criminal Procedure, and Evidence at the University of Oregon School of Law — was quoted as saying:

"Imagine a trial where somebody is charged with homicide, and their defense is self defense. Each side would have a virtual environment that would look really different."

As long as the virtual environment on both sides is consistent, VR could be admitted as testimony — theoretically. And in a paper published out of Stanford, the authors point out that VR can be considered a persuasive tool to be used “not to recreate reality or truth but to show the lawyer’s argument of what that truth was.”

What do you think about this latest development in VR news? Could virtual reality technology change evidence in court cases for the better — or is it just another gadget to forget about? Let us know in the comments.

In VR news, a program in the United Kingdom is using virtual reality technology to visualize crime scenes. But is this a good thing?