Vuzix Reveals Their Vision To Bring Augmented Reality To The Masses

At the Wearable Technology Show in Santa Clara, Lance Anderson, Vice President of Enterprise Sales at Vuzix Corporation, showed off his company’s vision to change augmented reality glasses from a purely industrial device to something that everybody uses. He also offered his theory as to why Google Glass failed to take off. 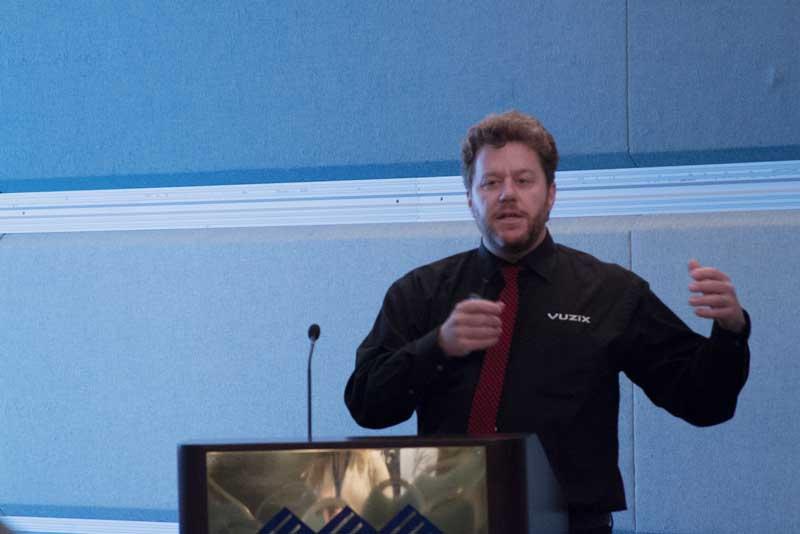 Anderson stated that the AR/VR market could potentially hit $120 billion in revenue by 2020. Augmented reality will be the dominant force, accounting for approximately $90 billion. However, industry research projects that enterprises will adopt AR technology at a faster pace than consumers. The number of US workers that use smart glasses will grow from 400,000 in 2017 to 14.4 million in 2025. Enterprises will spend over $30 billion on AR hardware in that time period.

How are enterprises using the technology? Vuzix is seeing adoption in field service, warehousing, telemedicine, manufacturing quality assurance, and more. In particular for these industries, one of the most common benefits of AR is having access to a remote expert. A worker can wear the device, and an off-site expert can “see” through a Vuzix device.

The applications of the augmented reality devices lead to huge savings for businesses. “There are a lot of slam dunk ROIs [returns on investment] in this business right now,” Anderson said. “And I mean slam dunk.” Technicians can help people remotely, which cuts down on travel costs. Logistics companies see “ridiculous” efficiency gains, Anderson said, and manufacturing companies increase their efficiency while decreasing defects.

Lee Company, a service construction company, deployed Vuzix Smart Glasses over the course of nine months. They reported an astounding ROI of $20.01 to every one dollar spent.

On top that, the device can also allow people with low levels of vision to better “see” the world. “There’s no price on seeing someone become self-sufficient again — being able to go into a supermarket, hold up a can of beans, and have the device tell them what they’re looking at,” he said.

If that’s all true, Anderson said, “Why isn’t everyone rushing into this business?”

Despite these benefits, enterprise adoption has been surprisingly slow. Companies have not been satisfied with technical issues with battery life and the frames per second of video captured. On top that, companies are concerned with security. After all, employees equipped with smart glasses are capturing a lot of data in complex and important systems.

“What I tell everybody is to focus on use cases that are actually deployable today,” he said. “And by deployable, I mean it’ll work on the hardware we have today. You have the processes to do it. You’re not stretching or breaking security rules or anything like that. Get it into the ecosystem of your company,” he said.

Vuzix’s latest device is the M300. “The M300 is really just the next generation. It is not a revolutionary product,” Anderson said. 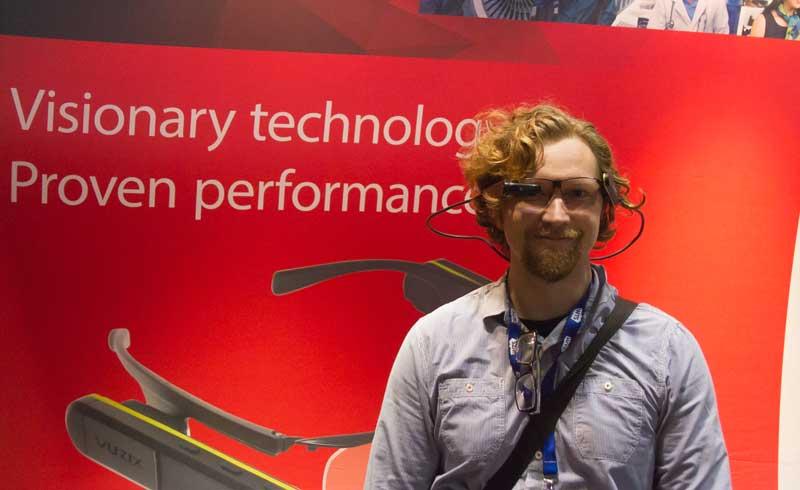 The M300 is the evolution of three years of production deployment of the Vuzix M100. Thanks to its Intel chip, it is about four times faster the M100 while using half the power. It includes a 1080p camera, which is four times the resolution of other smart glasses models. Users can interact with the device via touchpad, buttons, gestures, and voice. It also features GPS tracking and head tracking, and it is built for enterprise: the M300 is drop-proof and waterproof. 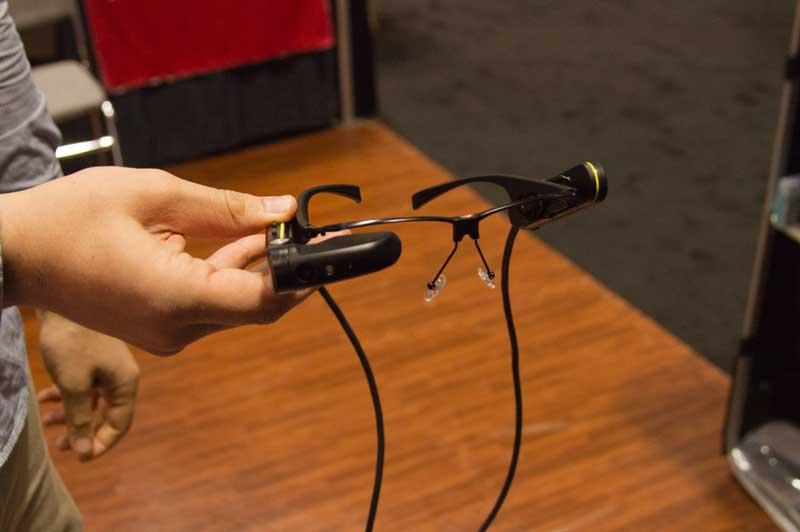 On top of that, it’s easy to mount. “You buy yourself a seven dollar hat from Home Depot, and you’re up and running.”

The Next Generation Of Augmented Reality Smart Glasses

Anderson recognized that Vuzix’s smart glasses aren’t quite ready for the consumer market. “This is an industrial product,” he said. “It’s still kind of hokey looking. How do we move from me in a hard hat to Miranda Kerr wearing her brand new Snapchat glasses?”

He stressed that consumers aren’t just interested in a utilitarian tool or a simple toy you can use to play Pokémon Go. Mass adoption will require a device that’s both fashionable and functional — but the technology has to come first. Anderson pointed out that the first cell phones were not fashionable items, but they became fashion statements after the technology was well-developed.

The most forward-thinking devices are the prototypes Vizix B3000 and AR3000. They have much of the same functionality of the other Vizix devices, but they look like pairs of sunglasses. “This is the equivalent of Microsoft Hololens,” Anderson said. “And that’s where we’re headed at Vuzix.” 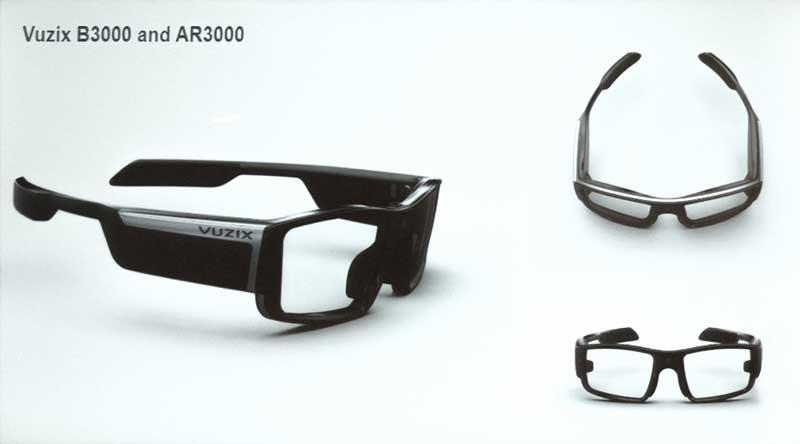 “We’re going to have what we believe is the first fashionable, consumer-ready device that is a pair of a smart glasses,” he predicted.

Such technology has the ability to potential to change how companies communicate with their customers ad clients. Video marketing for attorneys alone presents previously unheard of opportunities.

Why Did The Google Glass Fail?

Famously, Google discontinued their smart glasses product, Google Glass, in 2015. What accounts for their failure? Andersson suspects that Google designed a device for consumers to use for 15 to 20 minutes at a time. That didn’t work.

When enterprises found uses for it, they found that it didn’t meet their needs. It got too hot when worn for long periods of time, and it didn’t stream video. Despite that, he thinks that Google’s marketing engine helps the smart glasses sector as a whole, and they’ll be back with another device.

“Even though they’re a competitor,” Anderson said, “I’d love to have them back in.”

“We’re going to have what we believe is the first fashionable, consumer-ready device.”