How Wearable Technology Can Actually Enhance Your Creativity 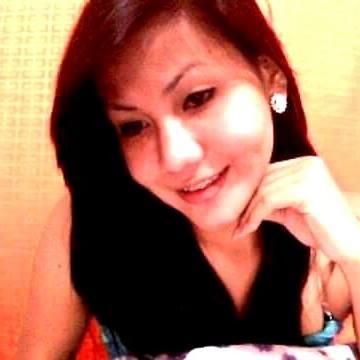 Devices like Google Glass and Apple Watch were built with one goal in mind: convenience.  But modern wearables have quickly accelerated beyond just making it easier to go hands-free — they also paint a promising picture of the future by transforming the fields of medicine, personal safety, and fitness.

And one unexpected area stands to benefit most from wearable technology: artistic expression.

Wearable technology has reached the stage where it can now aid artists, musicians, dancers, and other creatives as they pursue their passions. Let's take a look at some notable devices and apps that enhance creative expression.

Tilt Brush is a virtual reality tool by Google. Designed to be used with a VR headset, Tilt Brush allows users to create art in 3D space. It's a mesmerizing tool for painters, graphic designers, and other visual artists as it immerses the artist within the space they create.

Tilt Brush offers a whole new medium that opens up endless possibilities for not only art and design, but also personal expression.

DrumPants are a combination of wearable mini triggers that can be attached to any part of the body like thighs or under the foot. Users can can tap them to create different kinds of beats with infinite sound options of any musical instrument. They can also be used to wirelessly control over 300 music apps from a smartphone or iPad.

The devices are small, lightweight, and portable, which means that musicians can easily carry them wherever they go without being weighed down. It’s an open source technology, which implies that you can customize or upgrade it according to your composing needs.

PIC is the only flexible camera that can be shaped into anything and attached anywhere. This allows you to takes picture and videos from perspectives which were previously off-limits. You can wear it on your body or on your backpack, attach it to your pet, or fasten it onto your vehicle. It has a flexible splashproof body that can simply be wrung around anything to take pictures and videos.

Through the use of PIC’s creative design, manufacturers took a simple 8MP camera with a 135-degree wide-angle lens and incorporated it into a malleable structure. It comes with 16GB memory storage, which allows it to record 2 hours of full HD, 1080p videos. Its long battery life supports 70 minutes of continuous shooting time. Apart from micro USB, the device can be connected to phone and computers through WiFi and Bluetooth.

Presented as a smart shoes system for performers and artists, Orphe shoes have around 100 LED lights, along with advanced motion sensors and Bluetooth technology. Orphe’s high-density, full-color LED lights — which are embedded in the shoe’s soles — can be independently controlled, allowing dancers and other performance professionals to create vibrant, eclectic color design flows through various assigned patterns.

The lighting patterns, sounds, and interactions created through the shoes can be shared online and with friends and family through smartphones. Users can also share and download  designs and gestures created by other people. This technology is based on open-source software that can create even more applications.

Wearable technology has taken off, but its future expansion into the market and its popularity depends on its usability and relevance. Looking at how applications are anticipated to dominate in 2017 and the years to follow, it's natural that wearable tech would also see a surge in growth: application developers are trying their best to grow their niches and tap into different markets where their apps can be more useful, whether it’s in an industry like fitness technology or the arts.

Application developers want to grow their niches and tap into different markets where their apps can be more useful.