Which Android Wear Smartwatches Have Speakers?

However, there are a handful of options for smartwatch fans who want their wearables to play audio.

The speakers on these Android Wear watches allow you to set audio alarms and hear sound effects and notifications from apps. You can use certain apps to play videos or music if you’re connected via WiFi. While it’s not the most practical way to watch Youtube, it’s a neat trick to show off a dinner parties if someone asks questions about your Android Wear watch.

If you connect your smartwatch to your phone via Bluetooth, you can also use your watch to make calls. This feature isn’t necessarily new in the smartwatch space — key players like the Apple Watch 2 and Samsung Gear S3 already have this capability. Will making calls from your wrist catch on? There’s no way to predict from current trends, but these watches will give you the ability to be one of the first if everyone starts chatting like Inspector Gadget soon.

Here’s a breakdown of the current Android Wear watches that have speakers.

The Asus Zenwatch 2 was one of the first smartwatches to take advantage of the audio update, and that feature was carried over into the Zenwatch 3. In fact, the Asus Zenwatch 2 had a speaker before the update, so users were able to hear their watch the day the update was released.

While both of these watches are great, the Zenwatch 3 is an undeniable upgrade. If you choose an upscale watch face, it’s almost instiguisable from a high-end watch you’d buy from an Italian boutique jeweler. It’s also highly customizable, and it includes a “Face Designer” that allows you to create your own personal watch face.

This marriage of tech and sophistication sells for a suggested retail price of $229. 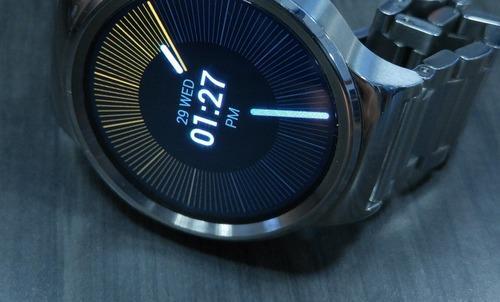 The Huawei Watch is another early Android Wear watch to feature a speaker. Weirdly, the company initially refused to directly confirm that it included a speaker when it was first released. But the jig was up when the audio update launched and Huawei users could start hearing their smartwatch.

Like the Asus Zenwatch, its design favors a classic look. Customers can choose from one of three different finishes: gold, silver, and black. But all models have a crisp, bright 42mm AMOLED display. 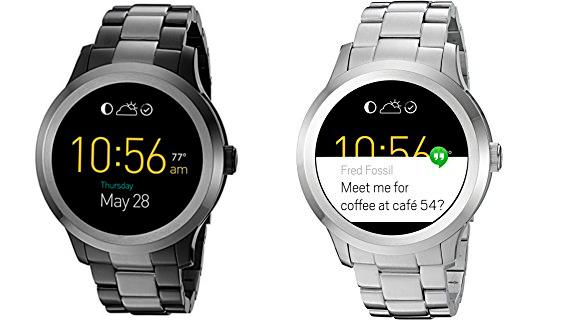 Fossil is making a niche for itself as a fashion-first brand that happens to make high-tech wearables. The company’s designer roots are seen in its wide selection of watches, plus its recent acquisition of the equally fashionable Misfit brand.

For the Fossil Q Founder Gen 2, Fossil decided on a sleek and minimalistic design. The watch body has simple and elegant curves, which look good in both color options: stainless steel and gunmetal gray.

While the Fossil Q Founder Gen 2 does include a built-in fitness tracker, it doesn’t include a heart rate monitor or sleep tracking. So, it may not be the best choice if you primarily want a watch to help you shorten your 5K time or lose some weight. But if you want a nice-looking and not-too-ostentatious piece of tech on your wrist, it’s a good buy. 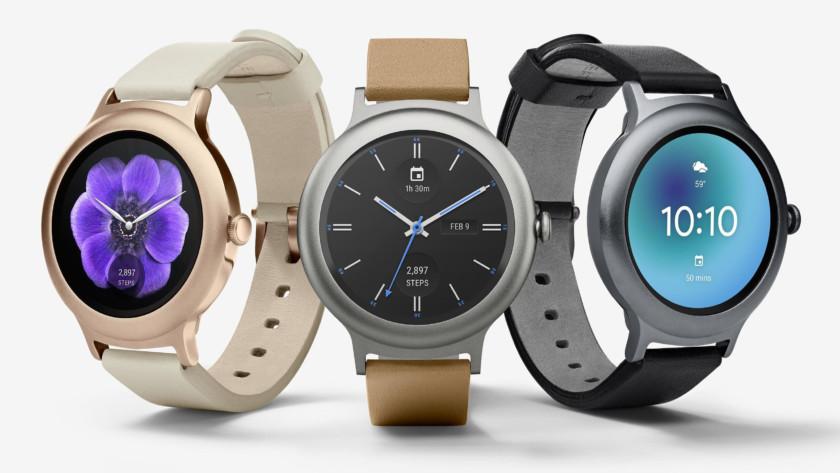 However, both watches offer a full stack of hardware inside. In addition to the speaker, they include a GPS sensor, NFC, LTE, and a heart rate sensor. The watches were announced together by Google and LG, and they were clearly designed to show off what Android 2.0 is capable of.

The speakers on these Android Wear watches allow you to set audio alarms and hear sound effects and notifications from apps.